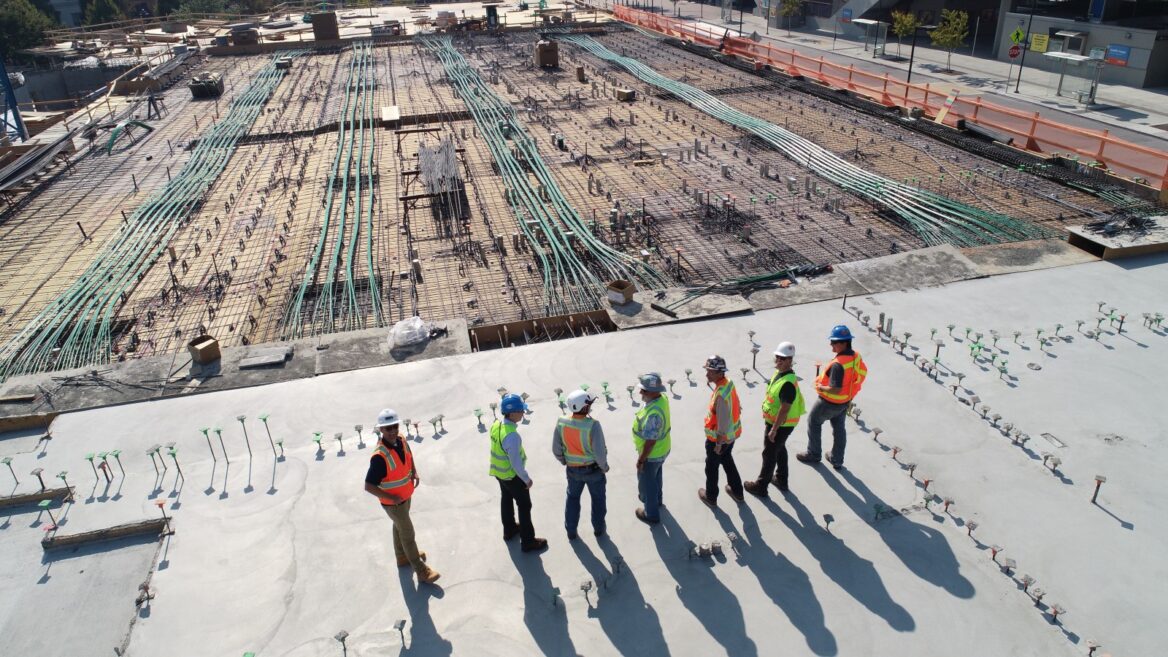 Photo by Scott Blake on Unsplash

Pity the poor contractor. In 98 percent of large building projects, logistical challenges result in cost overruns of more than 30%.

Moreover, 77% of new construction projects are completed at least 40% late. Construction errors and risk mitigation costs contribute 10% to 30% to this figure.

What’s an earnest contractor to do?

Tel Aviv-based startup SiteAware, which just raised a $15 million Series B financing round, offers an AI-powered Digital Construction Verification (DCV) platform that creates a “digital twin” of a building under construction.

Every stage of new construction – core, shell or interior – is documented using drones, on-site cameras or people on the ground.

The images are uploaded to the SiteAware cloud, which automatically compares the images of actual work done so far against its digital twin.

SiteAware’s software superimposes digital models from consecutive scans to compare with uploaded design documents. The company’s AI algorithms have been trained on over 100,000 database elements.

Any construction errors spotted are brought to the attention of contractors and project managers with actionable insights in real time. SiteAware is building a database of element-by-element construction data that can be further used to power its digital comparison engine. Braude founded SiteAware in 2015 after serving as the CEO of GreenRoad, which also helps prevent accidents and errors by tracking user behavior, but in driving rather than construction. The company’s original name, Dronomy, emphasized the drone imagery component of the SiteAware solution.

“In construction work it’s not always possible to repair mistakes. To correct them at the end of the project costs a lot of money,” Braude told the Israeli business publication, Globes. “Mistakes in building can lead to losing space or problems in the frame or leaks inside the building, which cause damage worth tens of millions of dollars.”

SiteAware’s insights include verifying the layout and workmanship of the project as well as providing details on the installation of masonry, waterproofing, siding elements and sealants.

SiteAware has raised $30 million to date, including the round completed in January. Its R&D is based in Israel, while a Houston office handles sales and marketing. Paying customers include Hines, Trammell Crow Company, Whiting Turner and the Ryan Companies.

SiteAware is one of the growing number of construction-tech companies in Israel and around the world. London-based SenSat also creates models of building projects as do Microsoft’s Azure Digital Twins and Project Bonsai initiatives.

Other competing companies in the construction space include HoloBuilder, Buildots and OpenSpace.

Nevertheless, Emmanuel Timor, a general partner at Vertex, the VC fund that led the latest round, said SiteAware’s DCV is “a game changer … blazing a trail for the entire construction industry to follow.”

Click here to read about 10 other Israeli solutions striving to make construction smart and safe.

UNCOVER ISRAEL - Get the ISRAEL21c
Weekly Edition free by email
Sign Up Now!
Bring Israel's story to life.
Millions of people around the world rely on us to gain a deeper understanding of Israel. We are the trusted source for original content you won't find anywhere else.
You can make a difference. Donate today to support journalism that brings Israel’s story alive.
SUPPORT ISRAEL21c
Read more on:   Technology, funding, Construction-tech, SiteAware