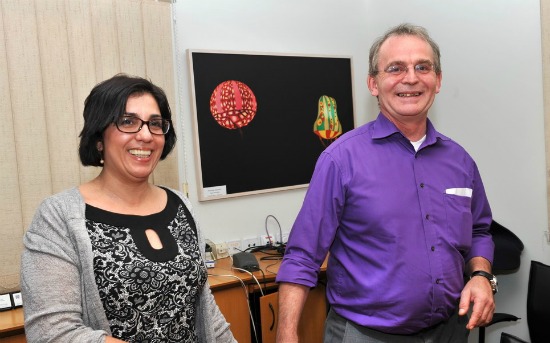 In a bold new experiment, a global US-based pharmaceutical company recently inked a three-year collaboration with an Israeli science institute.

Abbott Laboratories will fund research programs in select areas of medicine through Yeda Research and Development Company, the technology transfer arm of the world-renowned Weizmann Institute of Science.

The 120-year-old company is particularly interested in Israeli advances for treating cancer, Alzheimer’s, schizophrenia and kidney diseases; diagnostic instruments such as inexpensive home medical tests; and devices that could, for example, get drugs past the blood-brain barrier or use imaging to prescribe more exact doses.

“You have to think hard about the way you do research, which is why cooperation with academe, such as the Weizmann Institute, and with young companies, is so important for us,” Michael told the Israeli financial publication Globes.

Michael was among a group of senior executives and scientists from Abbott’s medical diagnostic products and medical products divisions that recently met with research scientists at the Rehovot campus of the Weizmann, which in September was named the best place for academics outside the United States.

The two-day seminar was the first of its kind between industry execs and developmental scientists, according to a statement issued by the Weizmann.

On the first day, the Israelis presented an overview of innovative and promising medical research available for commercialization through Yeda. Among the Weizmann presenters were Prof. Irit Sagi, president of the Israeli Biophysical Society and an expert in a substance called metalloenzymes for drug development. 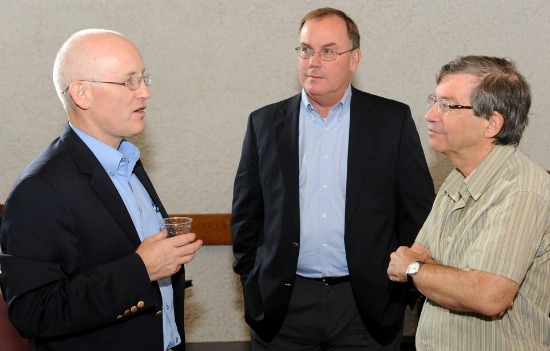 Abbott, a $39 billion company, employs about 91,000 people in several countries. It makes a range of pharmaceutical and medical products for humans and animals, as well as nutritional brands including Similac, Pedialyte and Ensure.

Though this is the first agreement of such magnitude between big pharma and an Israeli research facility, Abbott has been taking an increasing interest in Israeli ingenuity. In 2010, it plunked down $123 million to acquire Starlims Technologies, an Israel-based leader in laboratory information management systems.

“Our relationship with Starlims is an excellent example of success in this area. The company operates from Israel, but we have expanded its activity, and we intend to expand it further,” Michael told Globes.

“Abbott has about 7,000 scientists and engineers around the world,” added Sullivan. “One of the areas we have worked on lately is to create free cooperation between them. Today, they can ask a question and hear each other’s opinions. One reason we bought Starlims was that their products make such collaboration possible.”

In the new collaboration, one of the areas of most interest is a Weizmann technology to make affordable kits for home diagnosis of various diseases. Abbott wants to further develop this approach for the vast potential market in developing countries, where people do not have easy access to hospitals and testing laboratories.

The Weizmann Institute has 17 scientific departments divided among mathematics and computer science, physics, chemistry, biochemistry and biology, as well as a graduate school. Its 50 multidisciplinary research institutes and centers are dedicated to brain research, cancer research, nanotechnology, renewable energy sources, experimental physics, biological physics, environmental studies, the study of autoimmune diseases, plant sciences, photosynthesis and genetics. Since 1973, Yeda has signed 169 agreements with Israeli companies on the use of various Institute patents and has established 42 companies.

UNCOVER ISRAEL - Get the ISRAEL21c
Weekly Edition free by email
Sign Up Now!
Bring Israel's story to life.
Millions of people around the world rely on us to gain a deeper understanding of Israel. We are the trusted source for original content you won't find anywhere else.
You can make a difference. Donate today to support journalism that brings Israel’s story alive.
SUPPORT ISRAEL21c
Read more on:   Health, Research, Weizmann Institute