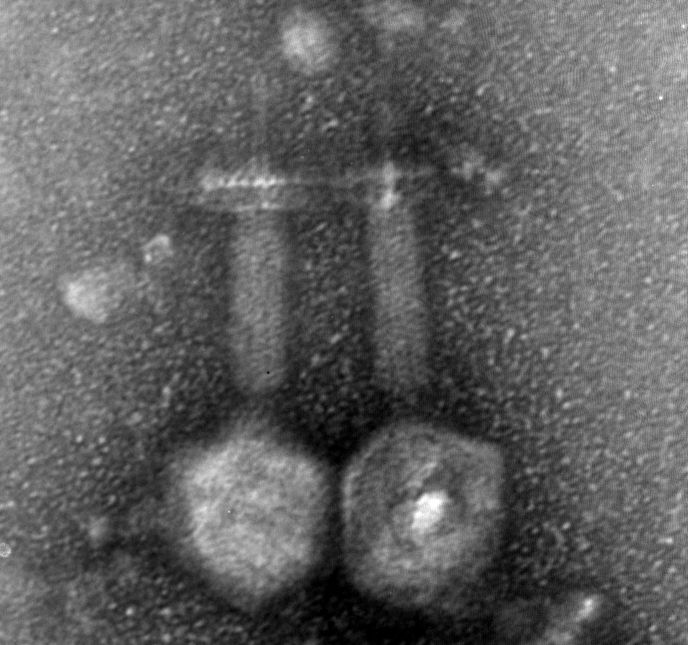 Israeli researchers are reporting a new, clever tactic in the ongoing war against antibiotic-resistant bacteria: infecting them with tiny viruses called bacteriophages, or “phages” for short.

Phages help maintain the natural balance in their predator-prey relationship with bacteria and have been proven to be highly effective specific “professional bacterial killers.”

Now, here’s the unsavory part of the story. A particular bacteriophage that may help prevent infections following root-canal procedures has been isolated from sewage effluents retrieved from a Jerusalem sewage treatment facility.

This phage, named EFDG1, is capable of infecting the V583 strain of E. faecalis, a life-threatening pathogen which causes diseases ranging from endocarditis (a potentially fatal heart infection) to bacteremia in the bloodstream, as well urinary-tract infection, meningitis and post-treatment root-canal infections, according to a research team led by Dr. Ronen Hazan from the Institute of Dental Sciences at the Hebrew University and Dr. Nurit Beyth from the Hebrew University-Hadassah School of Dental Medicine.

E. faecalis resides in the gastrointestinal tract and is resistant to vancomycin, the antibiotic usually used against bacterial infections in this part of the body. The problem is that E. faecalis is a highly durable strain, and these bacteria tend to group within a sticky cluster called a biofilm that drugs cannot penetrate.

E. faecalis is often the culprit in persistent infections associated with root-canal treatments; infection may persist in 20-33 percent of root canals.

On the verge of a new era

The team evaluated EFDG1’s efficacy against E. faecalis cells both in a liquid culture and in the currently untreatable biofilm form. In both cases, EFDG1 almost entirely eradicated the bacterial cultures and was highly efficient against various E. faecalis and E. faecium isolates, regardless of their antibiotic resistance profile.

“The idea of using phages as anti-bacterial drugs is not new,” said Hazan. “Phage therapy was first proposed at the start of the 20th century, but then abandoned for various reasons, including the striking success of chemical antibiotics.

“Now we stand on the verge of a new era with the limitations of synthetic antibiotics and the emergence of antibiotic-resistant strains of bacteria. Thus it is the right time to look again into what Mother Nature offers in the battle against bacteria. As this research shows, bacteriophages may prove an effective tool in the development of much-needed new antimicrobial drugs.”

The researchers showed that EFDG1 worked well in clearing up root-canal infections in tissue samples. These findings suggest that phage therapy using EFDG1 might be an effective way to prevent E. faecalis infection following root-canal procedures.

Every year, drug-resistant infections kill more than 50,000 people across Europe and the United States, and hundreds of thousands more around the world.

Results of the new research, which was supported by a Hebrew University-Yissum startup grant, will appear in the April 2015 edition of Applied and Environmental Microbiology and is currently online in an early edition (doi:10.1128/AEM.00096-15).

UNCOVER ISRAEL - Get the ISRAEL21c
Weekly Edition free by email
Sign Up Now!
Bring Israel's story to life.
Millions of people around the world rely on us to gain a deeper understanding of Israel. We are the trusted source for original content you won't find anywhere else.
You can make a difference. Donate today to support journalism that brings Israel’s story alive.
SUPPORT ISRAEL21c
Read more on:   root canal infections, E. faecium, phage therapy, Research, Health, Hebrew |University of Jerusalem, Antibiotic Resistance, superbugs