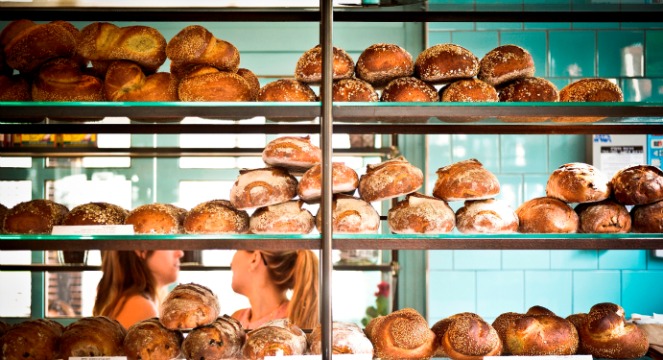 Bread is the start of the story at Bread Story.

Once upon a time, there was a baker and a chef. They wanted to open a Tel Aviv café, but would it be a restaurant or a bakery?

The chef wanted to make comfort food like hamburgers, eggs Benedict and Italian sandwiches. The baker wanted to bake breads and fluffy brioche. Stirring in a few entrepreneurs from Israel’s startup food community allowed the baker and the chef to set up a new concept café called Bread Story on a busy corner near Dizengoff Square.

Bread Story has a tasty beginning, middle and end.

It’s a café where innovative ingredients help bread rise to a whole new level of cuisine.

Chef Yogev Yaros and baker Yaron Schneller pulled ideas from around the world to turn out breads that provide full, hearty meals in their non-kosher establishment, opened less than a year ago and constantly busy.

When you order a hamburger with cheese, condiments including the cheese and fried onions are baked right into the bread. “Basically all that’s left is to serve it up with the burger,” Yaros tells ISRAEL21c. 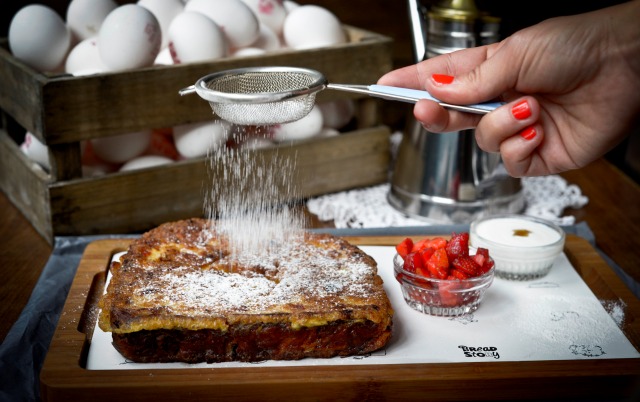 It’s not just about French toast, but you’ll find that here too.

“I wanted to evoke a memory and create a new experience. The menu was born out of the kitchen and the bakery, two which seldom meet,” Yaros says.

“The interesting thing is when we set out to define our restaurant it became more than Bread Story in name,” he continues. “You can see the story in our dishes from all around the world.

“We have [local Israeli] Druze pita alongside a hamburger, alongside a Tuscan bread salad. So we are aiming for a variety of food right across the board, covering America, Italy and Israel all within our concept.”

If you are looking for happy endings to your meal, there are surprises for dessert, too. “We have a brioche con gelato – a brioche stuffed with ice cream. The ice cream is flavorless, based on simple cream and frozen and stuffed into a brioche with vinegar. It’s ice cream presented in a way that not many people know about.” 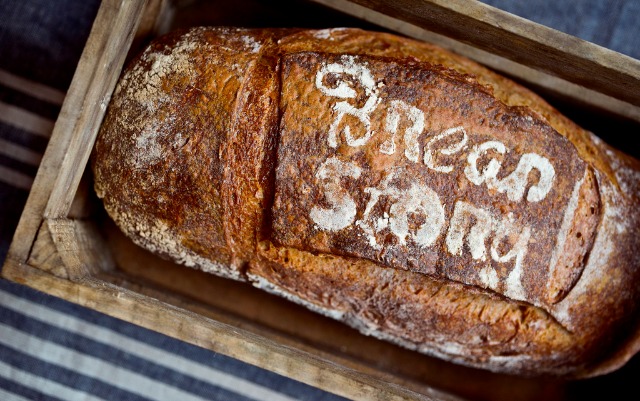 At this Tel Aviv café, bread becomes the meal.

The café functions alongside a popular bakery, where locals pop in to pick up a loaf of bread.

The Fertile Crescent, within which Israel sits, probably was the first region in the world to have cultivated grain for bread. Bread has always been a central point in Jewish culture –– there is a special blessing for eating bread come mealtime, and the soft, sometimes sweetened, braided challah bread is the focal point of a traditional Friday night dinner.

And while Israelis already love baguettes and simple breads such as pita, bakers are heading abroad to learn skills from Europe to bring home.

Dozens of new bakeries have popped up in Tel Aviv and Jaffa over the last year featuring new bread varieties and more healthful options.

The founders of Bread Story picked up on this unique culture and the city’s new trends to dish out some new ideas.

The chef and baker are open to new ideas. Customers’ and employees’ requests are sometimes tried out and added to the menu. 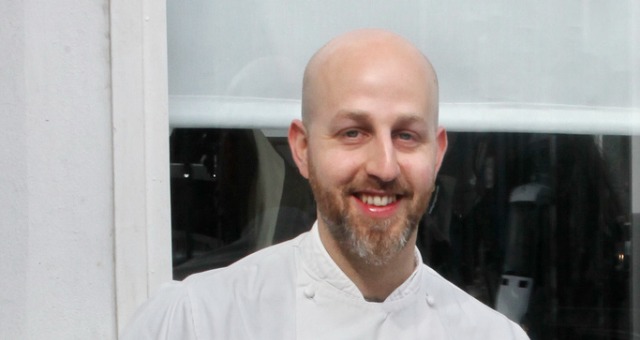 Chef Yogev Yaros: “I wanted to evoke a memory and create a new experience.”

For instance, “There has been a strong trend for health-related breads, so we’ve developed a South African bread with all the grains inside, like a whole meal, but built around a loaf of bread,” says chef Yaros.

“All the breads on our menu are signature breads,” he emphasizes.

In the storefront menu, where breads can be bought to take home, some 70 percent of them are made from unique recipes.

Bread Story is owned by two food empires in Israel, the Benedict Group and Group 141, which already own several restaurant chains between them.

As for his favorites, what would Yaros eat? Even though there is a “universe of options” in front of him, he says, the basil brioche would be his pick: “I think it is one of the most interesting ones, an accomplishment on our menu.”