If the world is going to “global warming” hell in a handbag, scientists in Israel can now give us cause to worry a little less. It seems that Mother Nature has some built-in switches that may help the planet buffer itself against the worst effects of climate change.

Researchers from the Hebrew University of Jerusalem, working with partners at Johns Hopkins University and NASA’s Goddard Space Flight Center in the United States, say that an effect caused by global warming may in fact slow down, or buffer, the hell-like climatic changes science has been forecasting for us in recent years.

Human activities such as burning coal, or methane emissions from cattle, are sending so-called “greenhouse” gases into the atmosphere at an alarming and unstoppable pace. These gases absorb infrared radiation, trap heat in the atmosphere, and contribute to warming the surface and lowering the atmosphere of the Earth.

The majority of climate scientists in the world agree that global warming is caused by humans. That’s not up for debate. What’s not clear, yet, is how exactly a steadily warming planet will affect local climate systems.

The international team, including Prof. Chaim Garfinkel of the Fredy and Nadine Herrmann Institute of Earth Sciences at the Hebrew University and formerly of Johns Hopkins University, looked at one phenomenon in nature and proposed a model that may help predict climatic events better in the future. 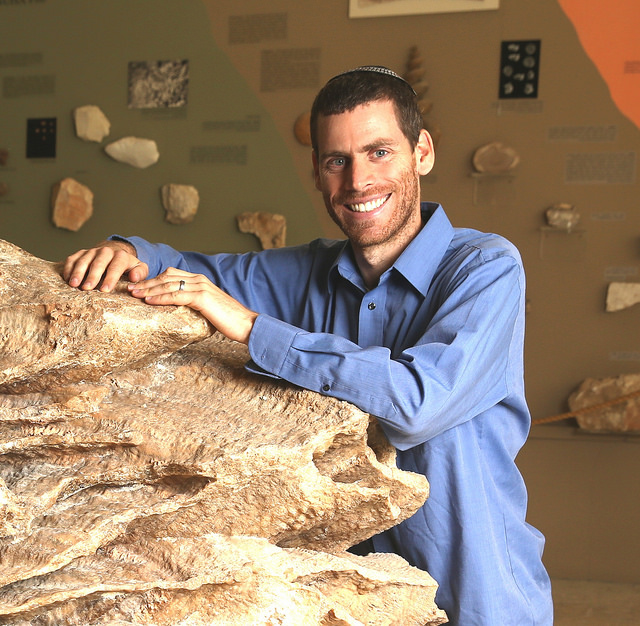 Prof. Chaim Garfinkel of Hebrew University participated in the study.

What science knows already is that as our planet heats up, the seas get warmer and waters rise — a situation helped along by melting glaciers. As the oceans get warmer, more water vapor will escape into the atmosphere.

With a little help from TTL

While scientists quantify emissions in terms of carbon dioxide, there are other greenhouse gases including methane and water vapor. In fact, water vapor is considered the most important greenhouse gas due to its impact, which is increased in the earth’s stratosphere.

Scientists say that more water vapor up there will amplify the effects of global warming. This would unleash storms along with unpredictable and devastating weather patterns.

In the new Israeli-American study published in the Journal of Geophysical Research: Atmospheres, the three groups of researchers looked at the effects of temperature and water vapor in an atmospheric region called the tropical tropopause layer (TTL).

The TTL is a critical ring cradled by the troposphere below and the stratosphere above. According to the researchers, the TTL can play an enormous role in influencing climate and atmospheric chemistry. Its temperature will ultimately determine how much water vapor will make its way up to the stratosphere.

How this poorly understood TTL layer changes over the course of time in a warming planet could have an enormous impact on the Earth, the researchers believe.

Using satellite observations and the results of chemistry-climate models, they worked to find trends in temperature of the TTL in recent history, since 1979.

For instance, satellite observations found that when the tropical Indian Ocean and tropical Western Pacific Ocean warm up, this causes increased clouds, rain and water vapor in those places. But in the same TTL region above the same seas, researchers find an unusual cooling effect.

Once the TTL cools, they say, less water vapor makes its way to the TTL and also above to the stratosphere. This creates a negative feedback loop that modulates, to some extent, the harmful predicted outcomes of global warming.

In other words, there is an increased amount of water vapor due to the warming oceans, but this change seems to stay limited to the near-surface area of the seas.

If their predictive powers are correct, some of the effects of a changing climate may be weakened, relieving — if only a little — any dire predictions for the fate of planet Earth.