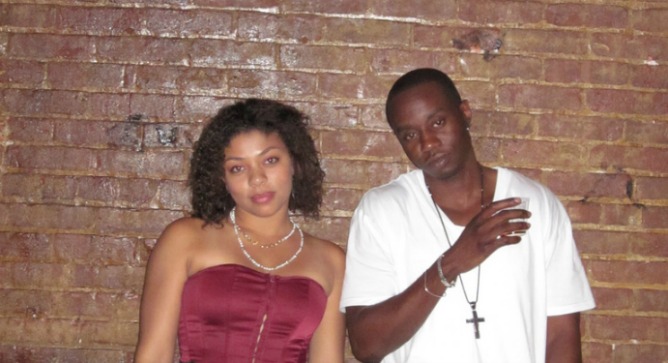 Turn up your speakers and get ready to tune in to this summer’s new music blend combining two New York-based singers, an Israeli producer and an Israeli music executive. Aptly called “NYC to Tel Aviv,” the music is a common language aiming to “bring people together.”

“It’s going to be something that people haven’t heard before. People need to get ready for it. It’s going to be groundbreaking,” rapper Clap Cognac tells ISRAEL21c in a telephone interview from his New York studio.

The project is a cross-continent effort that mixes Israeli influences with American rap and rhythm-and-blues. The players are Cognac and R&B singer Monique Baines, their manager Gilat Weiman and Rishon Lezion-based music producer Alon “Meli One” Melamed.

“The culture mix is interesting. It doesn’t matter if you’re Jewish, Christian or Moslem — as long as there’s a good connection, the music will be good,” says Melamed.

The first single of the project, Finish Line, has already garnered “Likes” for its catchy sound.

Planting seeds in the Big Apple

While friends of Baines and Cognac don’t fully understand the Israeli fever they’ve caught, both singers are counting down the days until they return for their second trip to Tel Aviv to record with Melamed.

Cognac said some of his friends “raised their eyebrows” when he told them about the project. But, he explains, “the whole situation felt right.”

“My friends think the project is a brave thing. They look at Israel as the middle of a war zone,” Baines tells ISRAEL21c from her home in New York. “I told them about my spiritual experience the first time I visited. And they know there’s an opportunity out there that could potentially be bigger than there is in New York.”

Weiman introduced Baines and Cognac to Melamed in New York City, while the Israeli producer was working on his music in the Big Apple.

The 30-year-old Weiman, who manages both Cognac and Baines, was wrapping up 11 years in the United States — the last six years at Universal Music Group in New York City — when she made the introductions. She returned to live in Israel in April.

“There’s a strong relationship between the US and Israel and we think people will be interested in this collaboration effort,” says Weiman.

“I’ve always been interested in Israeli culture and music,” adds Baines. “A lot of people in New York stay within New York limits. We wanted to do something out of the box.”

Baines and Cognac will perform with local deejays and on stages around the country to raise awareness for the project while in town this summer.

The American singers rave about their previous visit.

“Everybody was very warm. They don’t know you from a hole in the wall but they want to help you get on stage. It was a great experience people-wise,” Baines says. She also enjoyed the cuisine. “I love pita, hummus, tehina — all the fresh foods. I can’t wait to eat more hummus.”

“I felt at home in Tel Aviv,” says Cognac. “It reminded me of New York City, Toronto, Atlanta … all the big cities where everybody is on the go, everybody is diverse. The people are great, friendly. And I love the food.”

Both returned home with suggestions for their friends.

“It was hard for me to explain to my friends what Israel is like, but I keep telling them to save up some of their money and go travel there for themselves,” Cognac says.

“When I came back to New York, I told people they need to go to Israel,” Baines reports. “I believe music is one universal language that can achieve a goal of friendship or peace or whatever needs bridging.”

The “NYC to Tel Aviv” project is in English and will be promoted digitally to the American and Israeli markets. In addition to Melamed and Weiman’s input, Baines and Cognac are sharing the mic with a handful of Israeli artists including dancehall reggaeton singer Alon DeLoco and hip-hop artist SHI 360.

“Music is a good tool for groundbreaking, breaking the barrier from one language to another,” comments Cognac. “Even people who don’t speak a language fluently still know the words to a song.”

Weiman hopes Cognac and Baines will continue to work with Israeli artists in future collaborations.

“The Israeli music scene has a potential to grow, there is cool creativity going on,” says Weiman, who has worked with the likes of Taylor Swift and Nelly. “There’s a big creative scene with many styles and genres. There’s a lot of quality.”

And though Israeli culture and American culture are not one and the same, all parties involved in the project say music is music.

“Other than the language and some musical influences — different instruments and oriental beats — I really didn’t notice anything different about Israeli and American music,” says Baines. “My goal is just to go out and be creative. We see how people complement each other.”

“There’s something about music that brings people together,” concludes Weiman. “People from all cultures come to concerts. People all over the world listen to the same music. So I think this project definitely has the power to bring people together.”

UNCOVER ISRAEL - Get the ISRAEL21c
Weekly Edition free by email
Sign Up Now!
Bring Israel's story to life.
Millions of people around the world rely on us to gain a deeper understanding of Israel. We are the trusted source for original content you won't find anywhere else.
You can make a difference. Donate today to support journalism that brings Israel’s story alive.
SUPPORT ISRAEL21c
Read more on:   SHI 360, Alon DeLoco, Monique Baines, Clap Cognac, Music, Entertainment, Culture, Coexistence