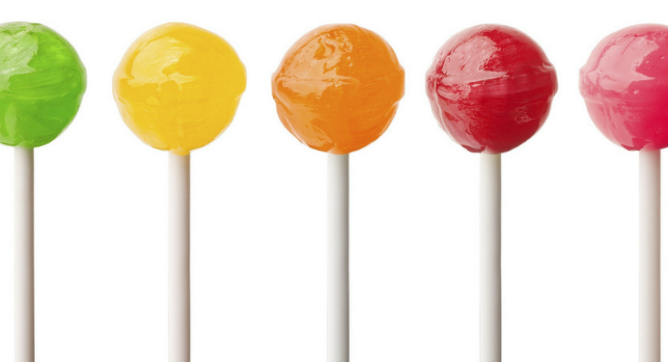 Colorful and sweet but also healthful.

Willy Wonka may have the secret recipe for the Everlasting Gobstopper, but it’s an Israeli candy company that is taking the confectionery and health food world by storm with its new fortified sweets.

“Healthier food, and the importance that diet has on health, is a major consumer trend for many years,” says CEO Steve Grun.

“Food manufacturers have been answering this trend with many new products, ranging from reduced fat/sugar/sodium products to products fortified with vitamins/minerals/fiber. We are taking this a step further by combining really tasty candy products with the most up-to-date nutrition ingredients to create products that taste great and deliver a specific health benefit.”

From early on, Carmit did away with trans-fat in its products. Grun tells ISRAEL21c that it was out of necessity in following Jewish dietary laws that the company became an unexpected leader in dairy-free, dietetic and organic confectionery.

“Carmit’s gluten-free confectionery is a spinoff of products we developed for the kosher-for-Passover market, where the use of wheat flour is expressly prohibited. Our non-dairy products are a spinoff from the kosher need for parve [vegan],” Grun says. “Since then, we have deepened our expertise … and are a supplier to leading brands around the world.”

Now, the Israeli candy manufacturer hopes to lead the way with its fortified candy line as well.

“This is a natural progression for us,” he says. “The fortified confectionery market is a strategic direction for us and we hope to further establish Carmit as a leading private-label manufacturer for value-added and healthy confectionery products.”

The new products include a weight-management wafer bar with glucomannan and potato extract; chocolate coins with calcium, vitamin D and vitamin K; and sugar-free toffee chews with Echinacea, vitamin C and zinc.

Grun explains that the added-value ingredients are selected for their scientific support, regulatory approval and technical parameters. Playing an equally important role are the candies and chocolates made in Carmit’s two factories in Israel for the mainstream palate. 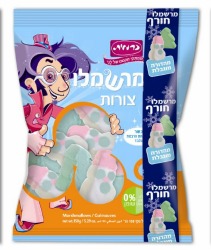 “Our customers are looking for new and innovative products—especially supplements that can be delivered in a tasty food format,” says Adrian Sagman, VP of export marketing and sales. “We can offer these products as-is, or can work with our customers to create a custom formulation.”

For over 35 years, South African-Israeli Lenny Sackstein and his team have been creating colorful confectionery for the domestic and international markets.

Back in 1973, Sackstein opened a small duty-free shop at Ben-Gurion International Airport under the name Taste of Israel, selling dried fruits alongside sweets. Taste of Israel eventually bought the Carmit toffee brand name from Ma’ale Hahamisha and expanded its products.

In 1993, the family business went public and began to trade on the Tel Aviv Stock Exchange.

“It’s the Israeli Willy Wonka,” says Grun, except that the Israeli version is always happy and eager to put a smile on children’s faces.

Carmit introduced the first marshmallow to Israel 25 years ago. In addition to the standard white and pink oval kind, its specialty is shaped ones – hearts for Valentine’s Day, pumpkins and ghosts for Halloween, chicks and bunnies for Easter, spaghetti marshmallows, fruit shapes, customized cartoon shapes, and chocolate- or coconut-coated marshmallows. 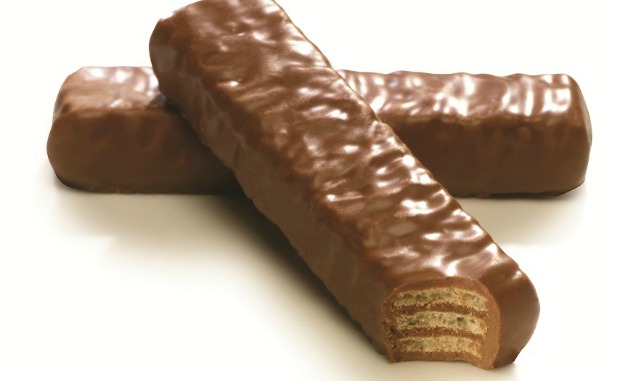 “We’re still the leading marshmallow manufacturer in Israel,” says Grun, adding that “Israelis eat more marshmallows per capita than in the US.”

The company is also one of the biggest chocolate coin manufacturers in the world. “We have great partners all over the world selling our product. We’re a very well-established private-label manufacturer,” says Grun.

If you’ve ever eaten a chocolate coin in the United States, Europe, Australia or Canada, for example, the likelihood that it was made in Israel is extremely high.

Carmit’s products are sold to well-known manufacturers, distributors and retail outlets in numerous international markets. Sales reach some $35 million a year. The Carmit name usually doesn’t appear on the product but there’s no hiding where it was made.

“Our brand is sold all over the world and on all of our products it says ‘Made in Israel’ or ‘Product of Israel.’ That’s something we can be proud of,” says Grun.

Grun says fortified candies will be the next big development in the industry, but that’s not to say candy is healthful.

“Eating candy is always good for a smile on a child’s face. Everything that you eat, you need to eat with moderation. I don’t have a problem giving my children sweets,” says Grun, a father of three.