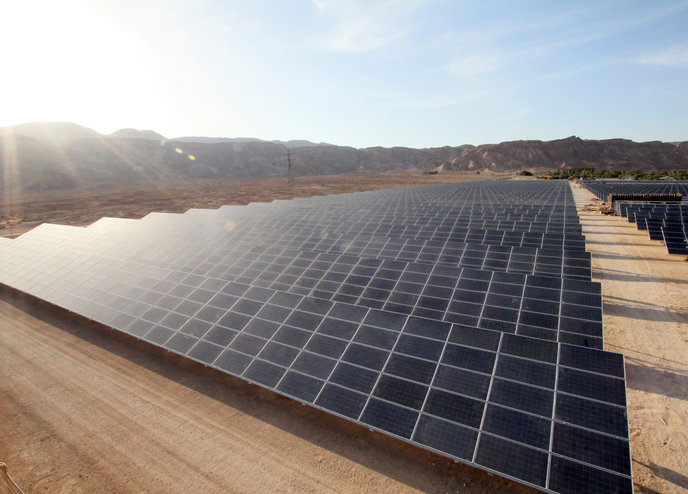 Everybody agrees that producing energy from wind, sun and other renewable resources makes good sense, but it won’t be widely adopted unless it makes good “cents,” too.

One of the cost hurdles to be overcome is storing the energy in a way that maintains the balance between the peaks and lows of electricity demand and generation. That’s where Israeli startup EnStorage is making news.

Its uniquely low-cost flow battery system is now being deployed at sites in France and the United States. Because the storage systems available today are too expensive for large-scale alternative-energy producers, the company expects that these two installations will spur interest from many additional parts of the world.

EnStorage CEO Arnon Blum, who was one of the Tel Aviv University team of scientists to invent the first prototype, explains that the concept of a flow battery – which separates the power and energy components – is hardly new. Neither is the idea of using the common chemical hydrogen bromide for energy storage.

EnStorage’s innovation is putting the two concepts together in a low-cost, commercial-sized unit that can store from 150 kilowatts up to many megawatts for six hours or more.

“We had to develop a lot of knowhow and IP to mature our prototype into a system,” Blum tells ISRAEL21c. “Our core IP is based on the work our team accomplished on a cell level. Once we got licensing through Ramot [the university’s technology transfer company], we started working on larger-scale systems and generated more IP ranging from the core chemistry all the way to system level.”

The EnStorage flow battery, protected by nine patents, consists of an electrochemical energy conversion device and two storage tanks. The main components — the fuel-cell stacks — are manufactured in Israel.

The battery offers energy producers a level of efficiency that will result in higher returns and better payback periods, Blum says.

“We believe with volume and improvements over time, we can lower the cost down to 10 [US] cents per kilowatt hour as compared to much higher numbers using currently available systems,” says Blum.

Units being built in France and Texas

On the heels of a successful small-scale test of its technology set up in Israel’s southern region in March 2013, providing up to 100 kilowatt hours of energy to the power grid, EnStorage recently signed two major deals.

The first is a three-year agreement with international energy management company Schneider Electric and French energy corporation Areva to develop a low-cost renewable energy storage system to be called Flowbox.

The Flowbox system is expected to be available to end users in late 2016, and Blum says it will be only the beginning of a long-term relationship with the company’s French partners.

A second EnStorage system is being installed in Texas through a partnership with New Jersey’s Princeton Power Systems and O’Brien and Gere national engineering and construction firm.

The Texas project is fueled by a $950,000 grant from the Israel-U.S. Binational Industrial Research and Development Foundation (BIRD), and is intended as a working demo site to gain the attention of potential customers and partners.

“We’re in discussions with other strategic partners in other parts of the world,” reveals Blum, who previously developed a portable fuel cell for portable applications as chief technology officer at Green Fuel. His cofounder, Emanuel Peled, is a chemistry professor at Tel Aviv University, where he specializes in fuel cells and batteries.

EnStorage, founded in 2008 and headquartered in Yavneh, is backed by investors including Warburg Pincus, Canaan Partners, Greylock Israel, Wellington and Siemens TTB. Blum says the 20-employee company is now seeking financial and technical partners in the Far East.