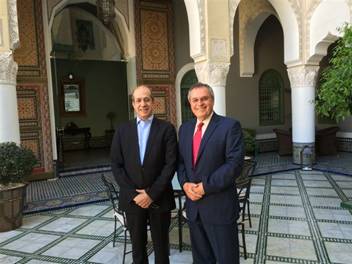 The Galilee International Management Institute in the Israeli city of Nahalal announced that it will develop joint environmental training programs related to the Mediterranean region in cooperation with Morocco’s new Euro-Mediterranean University in Fez and the established Al Akhawayn University in Ifrane.

Galilee Institute Joseph Shevel travelled to Morocco in early April for the first face-to-face meeting between the Israelis and the Moroccans, meeting first with Al Akhawayn president Prof. Driss Ouaouicha and Associate Prof. Karim Moustaghfir. The university in Ifrane was established by the king of Saudi Arabia and is currently considered the elite university of Morocco. 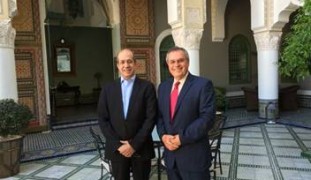 Shevel also visited administrators of Euro-Mediterranean University in Morocco’s cultural capital. This institution, sponsored by the Moroccan and French governments, is intended to appeal to an international student body and will include partners from all Mediterranean countries. The Galilee Institute is to be among those partners.

The first joint program will lead students in the study of environmental issues of the Mediterranean Sea, and how those issues differ in the east and west basins of the sea. Part of the course will take place in Morocco and part in the Galilee Institute, whose mission is to bridge the gap between transitional and developed nations through education and capacity-building programs.

“Peace must be based on connections between people and not merely on agreements signed by governments,” according to the institute’s mission statement.

UNCOVER ISRAEL - Get the ISRAEL21c
Weekly Edition free by email
Sign Up Now!
Bring Israel's story to life.
Millions of people around the world rely on us to gain a deeper understanding of Israel. We are the trusted source for original content you won't find anywhere else.
You can make a difference. Donate today to support journalism that brings Israel’s story alive.
SUPPORT ISRAEL21c
Read more on:   News, Environment, Galilee Institute, Mediterranean Sea study