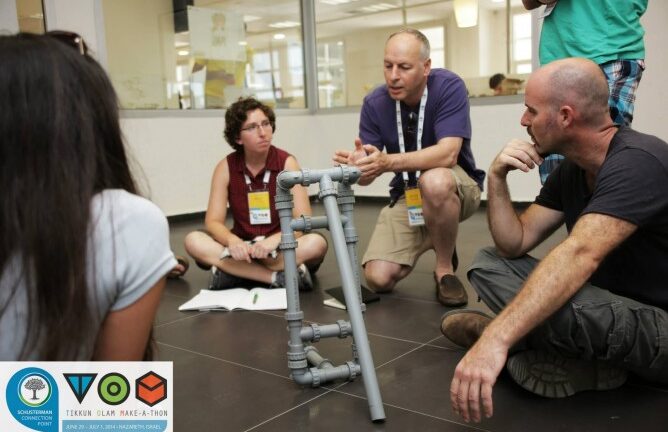 At the three-day Tikkun Olam Make-a-thon (TOM) running through July 1 in Israel, teams of engineers, occupational therapists, designers and artists from around the world are pooling their talents to produce open-source working prototypes of affordable assistive gadgets for people with disabilities. 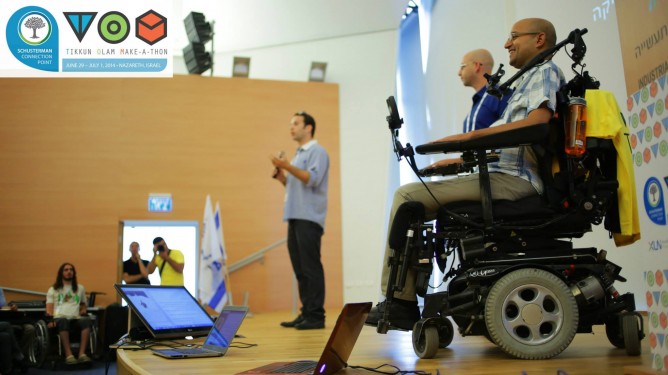 The tools of modern digital fabrication – including laser cutters, 3D printers, and other rapid manufacturing equipment — are at the heart of this “maker revolution” taking place in the recently opened Nazareth Industrial Park.

“TOM demonstrates that with the advanced tools we have today, anything is possible and anyone can,” says Roy Keidar, CEO of XLN. “This is what XLN is all about — serving as a mediator between those with knowledge and those with need.”

More than 200 young Jewish “makers” from 10 countries applied to TOM. (Tikkun olam is a Hebrew phrase that means “repairing the world.”) About 100 “need-knowers” suggested challenges to be tackled by novel objects. 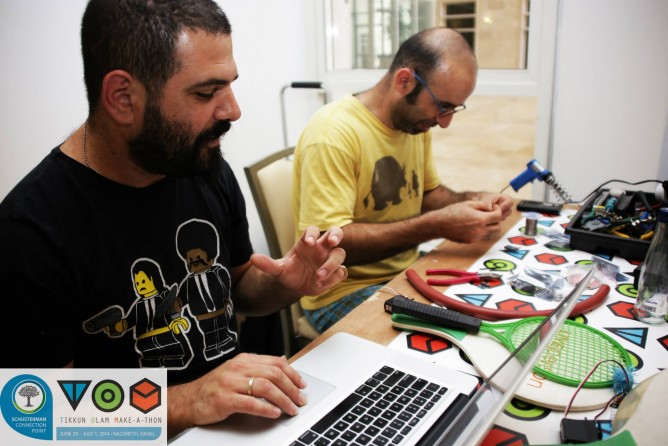 Saron Paz and Zvika Markfeld working on their invention.

Eighty participants were chosen and organized into teams to design products to meet 13 acute needs:

Prizes will be awarded to the most promising inventions, including a special prize for an invention intended for disabled people earning less than $3 per day.

“We kicked off with a keynote talk by our own Sefi Udi, who shared his story of becoming a quadriplegic, and how his lifelong passion for making things has become crucial in his dream to live a normal life,” Keidar tells ISRAEL21c. 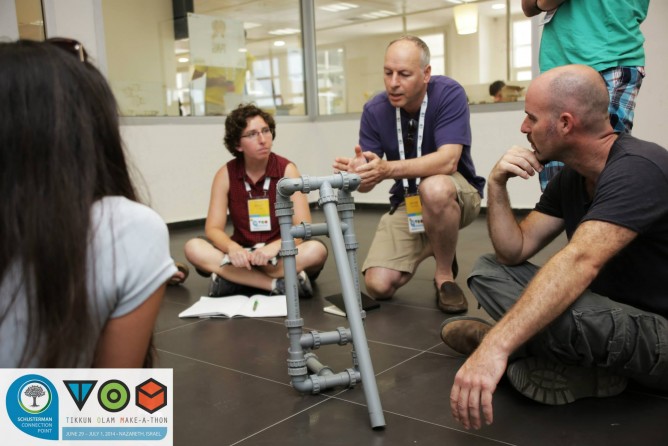 One reasons the event is being held in Nazareth is to include the Arab-Israeli community in the endeavor.

“For example, we have an Arab participant who is in the medical field and another who is a robotics student at the Technion,” Keidar says. “Amongst the TOM mentors some are also Arab citizens, including Muhammad Zahalqa, a leader in the Google Developer Group in the Nazareth area.”

TOM will host a visit from high school students in the Appleseeds Academy program, which provides equal opportunity to Israel’s socially disadvantaged communities – including the Arab sector — through technological tools and the development of life skills.

Reut is partnering in the TOM initiative with the Shenkar School of Engineering and Design in Ramat Gan and the Milbat Center for Technology and Accessibility. Organized by educator Josh Gottesman and XLN COO Arnon Zamir, TOM is one of 11 Schusterman Connection Point gatherings to take place on four continents this year.