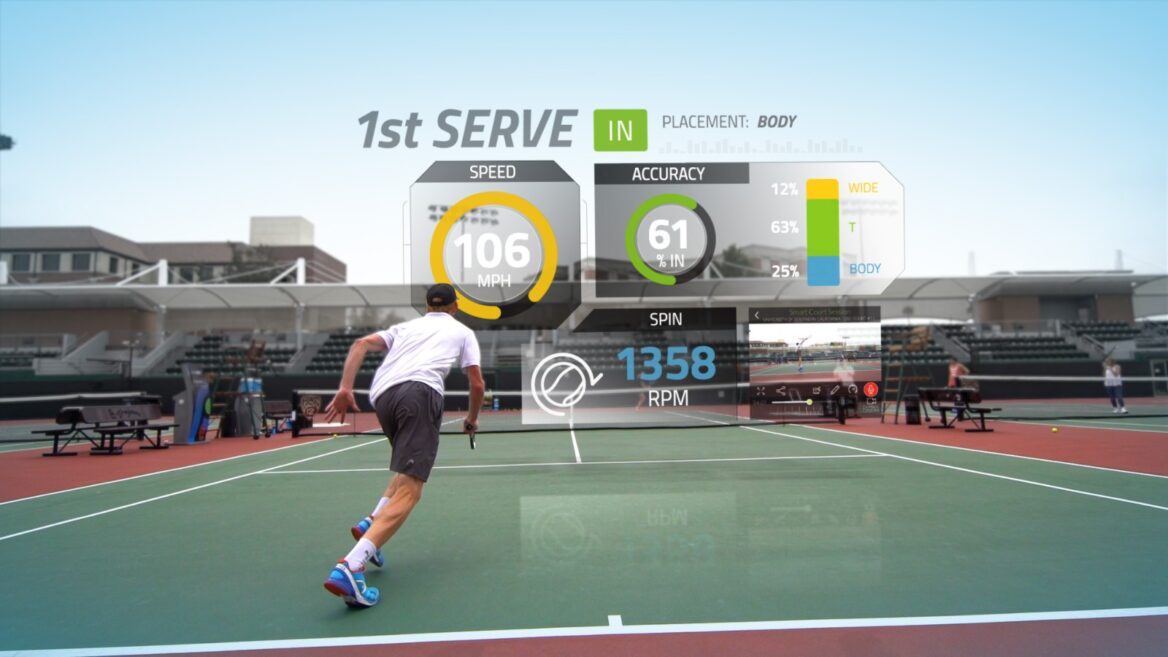 Both companies announced significant investments in February — WSC closing a $100 million Series D funding round and Sidelines completing a $25 million round.

Other Israeli sports tech startups are also on the court and making moves as the sector includes more than 600 sports-related tech startups and over 200 companies directly connected to the sports industry, raising hundreds of millions of dollars from global investors.

Omer Hovev, COO of Playform, a mobile app for youth soccer players, told ISRAEL21c that “the market is wide open now” after only a few years emerging as a player in Israel’s thriving startup ecosystem.

Another company, Tel Aviv-based PlaySight Interactive, developer of the SmartCourt connected camera system, recently was acquired by US tennis company Slinger for $82 million.

PlaySight cofounder and CEO Chen Shachar said that sports tech will continue to grow globally and especially in Israel.

“In Israel we have a very good high-tech industry, very developed, and we see more successful companies being able to either raise money or to get acquired,” Shachar told ISRAEL21c. “I believe we will see more success stories in sports tech here in Israel.”

Here are seven Israeli startups at the top of the sports tech standings: 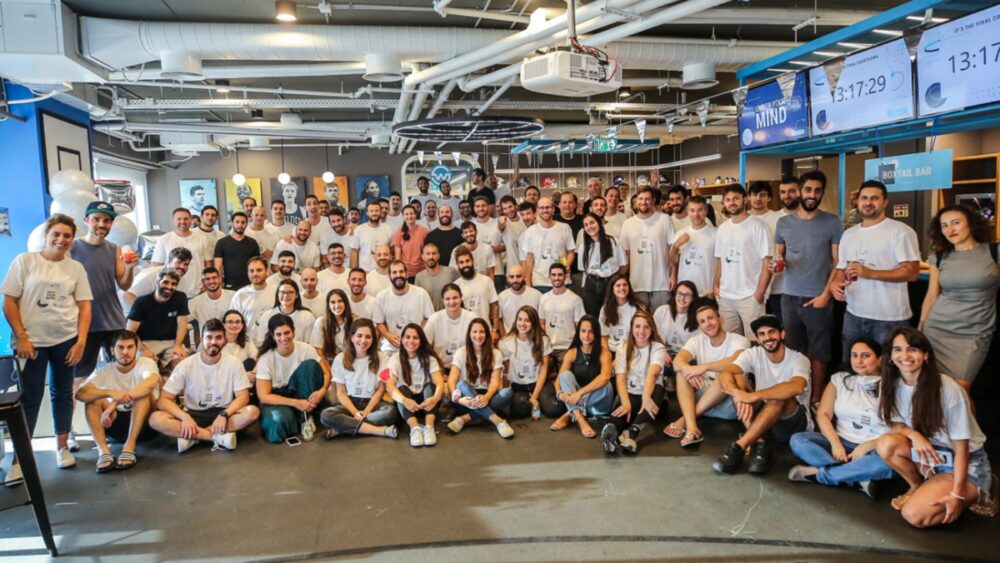 WSC Sports hit a home run with its $100 million Series D funding round led by ION Crossover Partners, bringing total funding to $149 million since its founding in 2011.

The company developed an AI technology that creates real-time highlights of sporting events, automatically distributed across any media platform or channel.

Simon Ironmonger, social and content marketing manager at WSC Sports, tells ISRAEL21c that the funding will enable staff growth. With more than 260 staffers in Tel Aviv, New York, Sydney and London, the company aims to recruit 150 new employees this year.

“This new investment will be used to support our aggressive growth plans for 2022 and beyond as we continue our expansion into new geographies, sports and platforms such as OTT, NFTs, sports betting and more,” Ironmonger said. 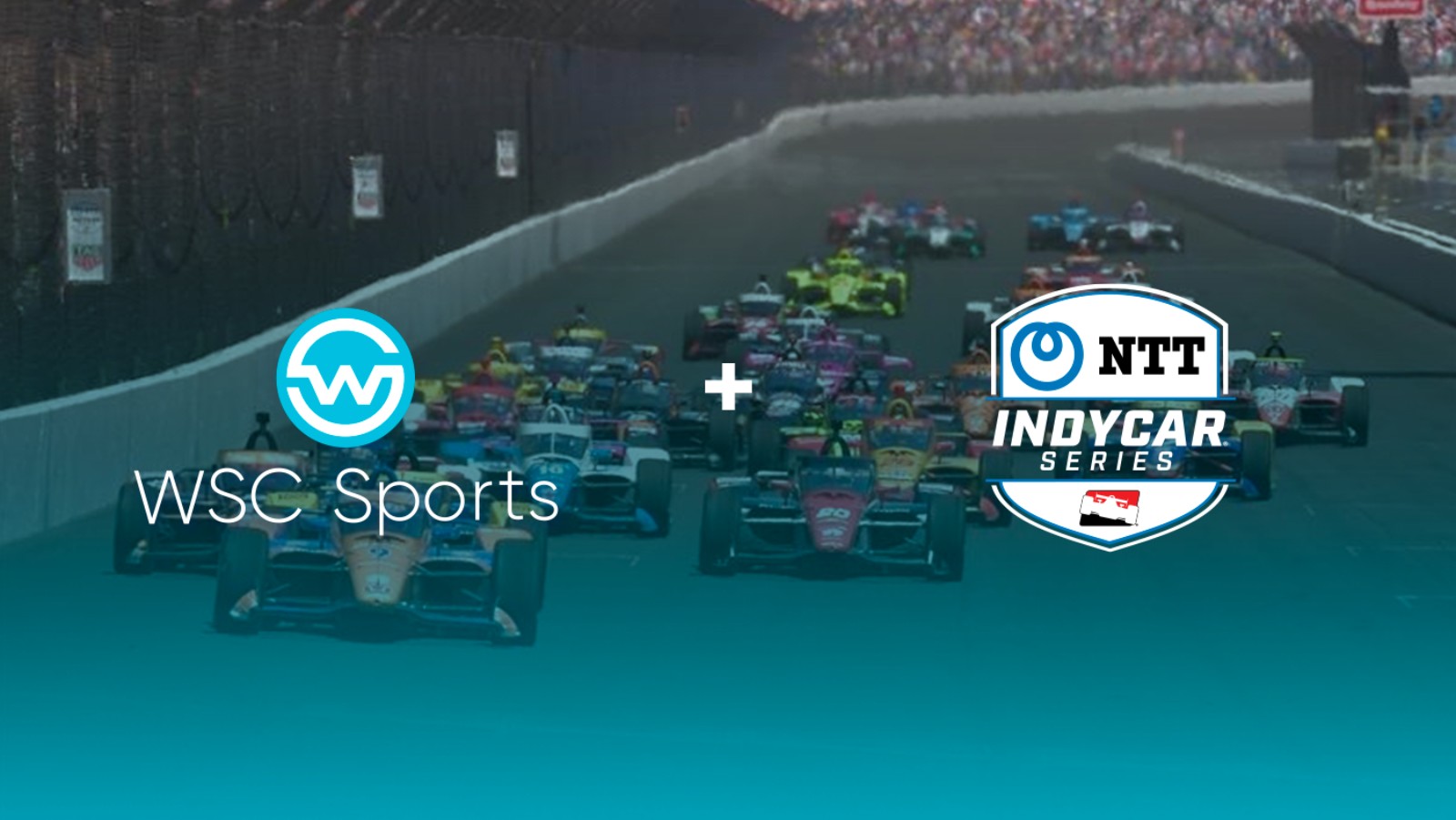 Pixellot’s automated sportscasting technology was built for times like the Covid pandemic when teams played in front of empty arenas and revenue streams dried up. 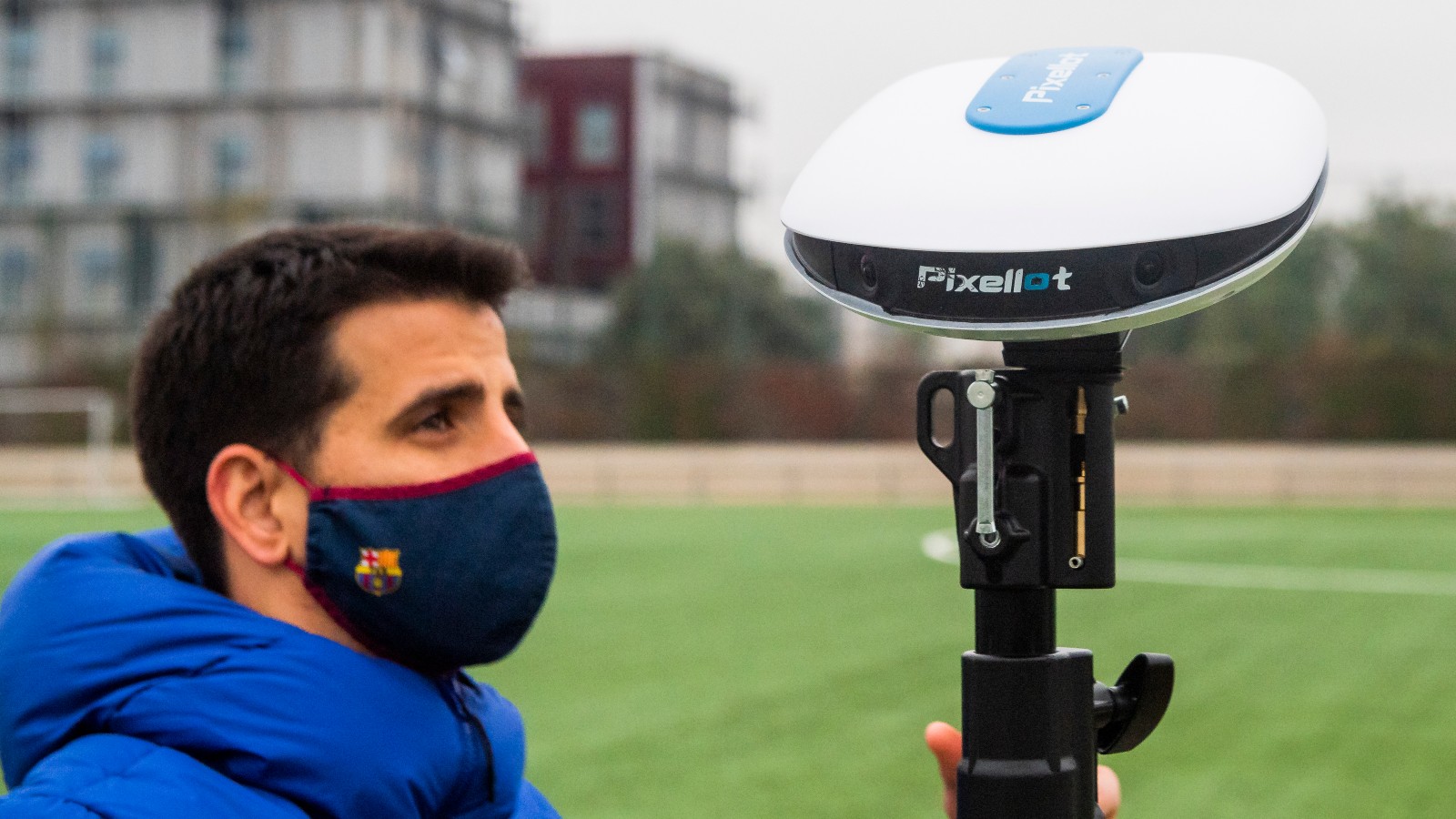 “The Covid crisis highlighted the need for manless production at a very low cost because a lot of the clubs do not have the manpower or sufficient funds to broadcast games, so it was a Catch-22, especially for the lower tier of sports,” said Yossi Tarablus, associate vice president for global marketing at Pixellot.

“During Covid, many clubs and leagues did not have live coverage, so at Pixellot we enabled them to not only capture and connect with the fans but also monetize this content. We did it in many countries.”

Pixellot’s technology is installed at more than 20,000 venues in 57 countries. They broadcast simultaneously sometimes up to 5,000 games. Last month, they broadcasted about 240,000 games.

“We love to push this opportunity. There is nothing like sports to bridge gaps between nations and this is really one of our proudest moments. We are very happy that we are empowering sports in the UAE,” Tarablus said.

Pixellot has signed a multiyear deal with six German state football associations allowing for up to 5,000 amateur clubs to have access to Pixellot’s video analysis and streaming capabilities. 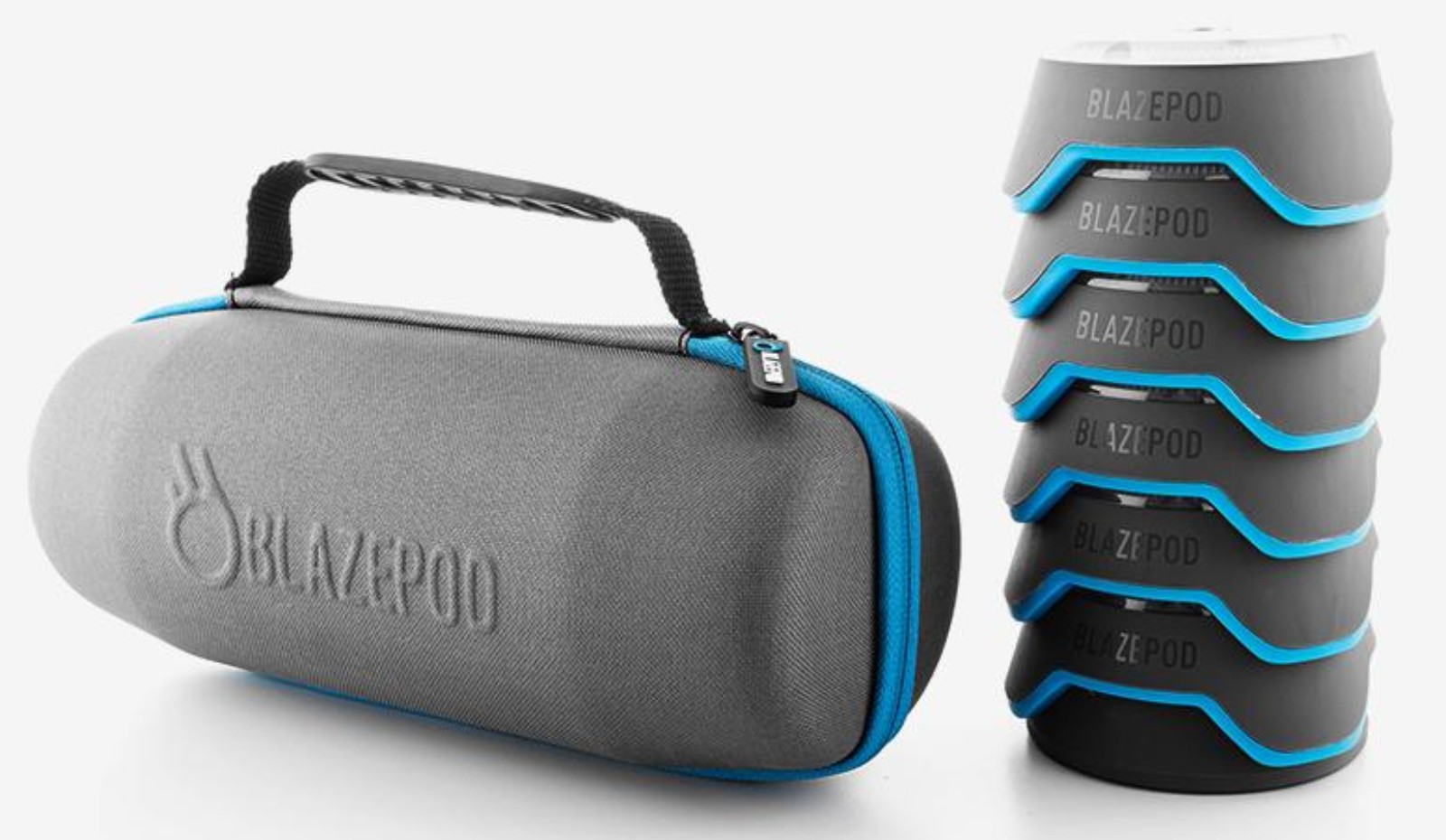 BlazePod founder and CEO Yaniv Shneiderman told ISRAEL21c that his company’s technology is exactly what the sports world needs: an innovative solution for the current coaching trend of combining mental and physical training.

The company’s reaction training system provides simultaneous cognitive and physical challenges that boost performance in every field, with light-up sensors and a smartphone app.

“We’re seeing a growing movement towards combining our brains, the mind, as part of the development and training of athletes — young athletes as well as professionals,” Schneiderman explained.

“We are working a lot to increase the offerings around brain and body training. That is the general direction in the evolution of BlazePod products and activities. We are constantly developing activities for different sports verticals that utilize our method to improve field-specific skills, as well as products that facilitate those activities.”

Shachar said that PlaySight was the first company on the market to “democratize sports technology” by making artificial intelligence and deep learning capabilities available to all levels.

“SmartCourt can provide several services because when you connect the court to the Internet and you have cameras you can livestream the action with no cameramen, which means fans around the world or parents can follow their kids or their [favorite] teams,” Shachar said.

PlaySight covers some 30 sports in more than 30 countries — including 140 collegiate athletic programs in the United States and 18 NBA teams using PlaySight for performance video and training.

The company has 80 employees with offices in Kfar Saba (Israel) and New Jersey.

Shachar said that the Slinger acquisition will help the company scale up and fulfill its vision of connecting sports facilities around the world.

“We knew that with Slinger we would be able to distribute our mobile AI-based technology to millions of consumers around the world and … really create a leading entity in the market and take the technology to scale in the next few years.”

Hovev said that the Rehovot-based company will expand the mobile app to include other sports beyond soccer.

After just one year on the market, the app already has gained more than 100,000 monthly users from more than 120 countries.

Playform is backed by one of the leading Israeli VCs and is growing fast.

The “digital coach” technology that measures a player’s performance in real time took four years to develop, according to Hovev.

“A big part of the app is community. We have competitions where players are competing against each other and they can view their performance,” Hovev says. “We are building an entire community within the app for those youth athletes, and it is global.” 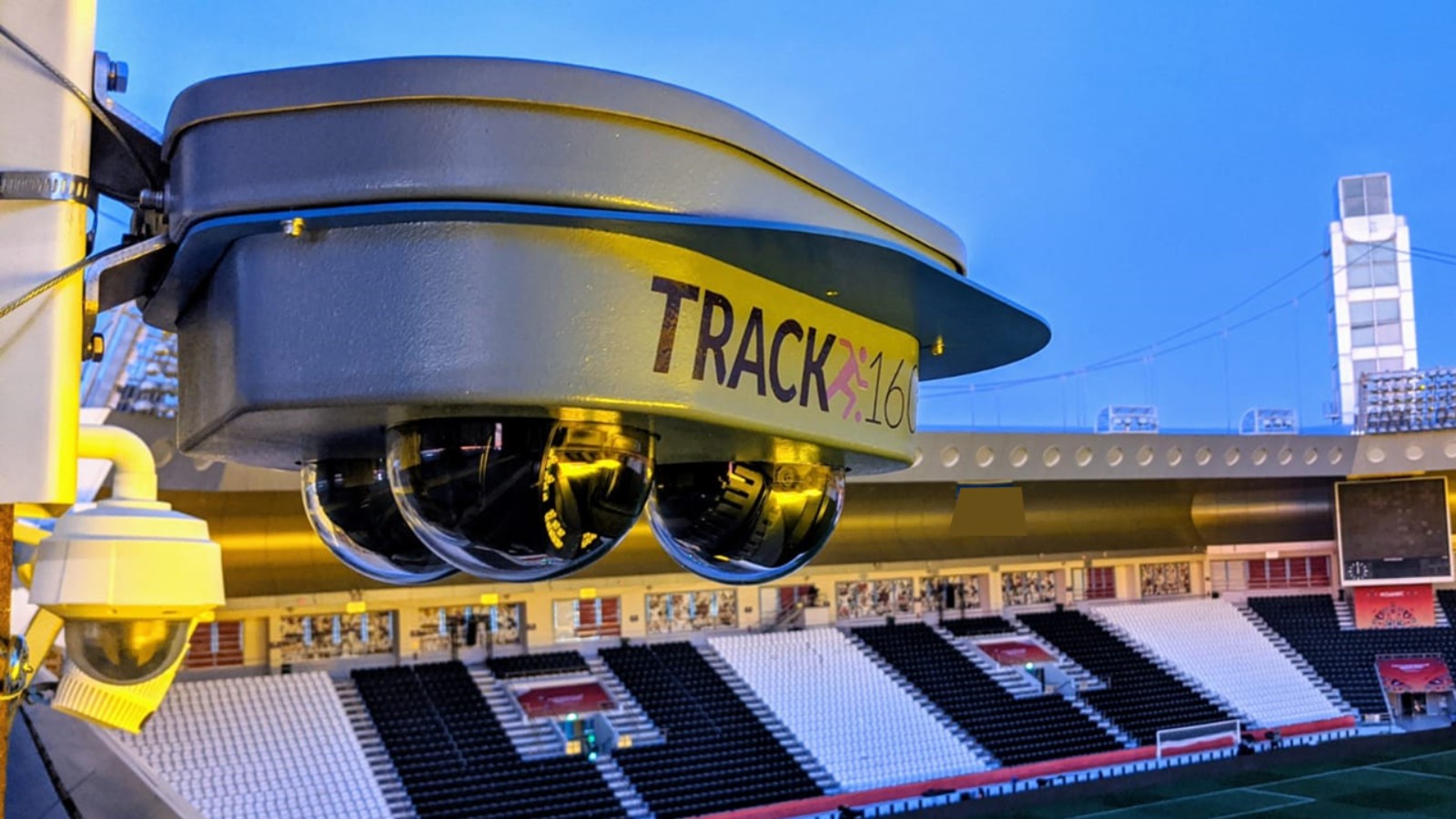 “Track160 was founded with a vision to bring data to everyone,” the company’s CEO, Eyal Ben-Ari, said. “As of today, less than one percent of the football market has access to data. We’re here to change that and help even the playing field.”

The company raised $5 million from four investors in a Series A round in November 2019.

Ben-Ari told ISRAEL21c that Track160 works with several sub-elite professional leagues and clubs and is expanding to the youth level with players aged 14 and up.

During the pandemic, the company released its patent-pending Covid-19 shield, which continuously tracks players and referees on the field. The technology can then show data for a 2-meter (6.56-foot) range of each player and any other players who entered that range.

Social sports betting platform Sidelines got into the game just at the right time.

That work has paid off with the recent $25 million funding round led by MoreTech and NFX. 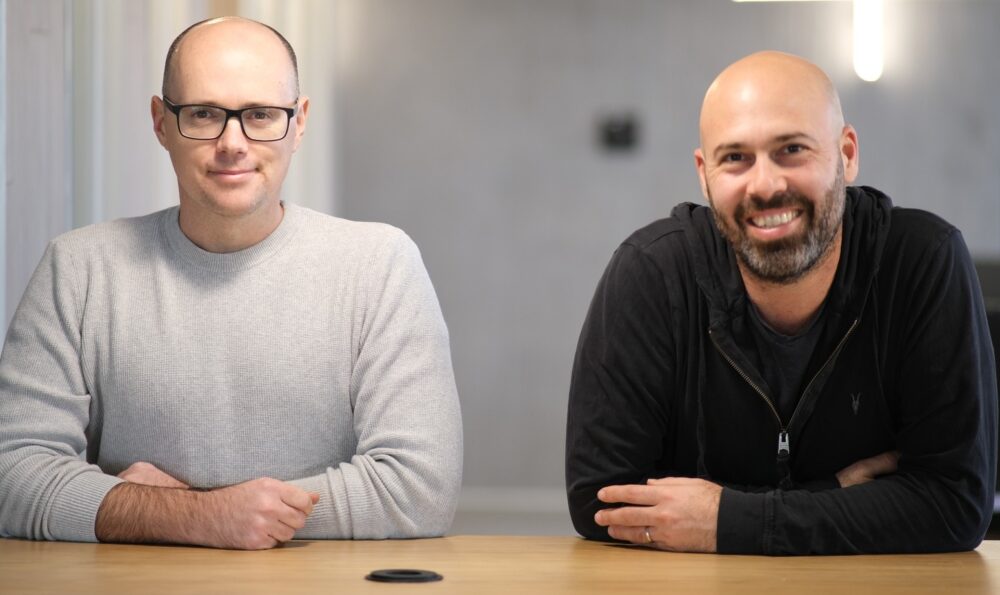 “The biggest change was in 2018 when the US regulated sports betting. So, something that was unregulated and mainly happened online in Europe, became not only legal and regulated, but also mainstream in the US,” cofounder and CEO Or Lifshitz explains.

The company currently has 50 employees, with 35 located in Tel Aviv.

Its signature product is the PropShop, a swiping app for player bets.

According to Lifshitz, the company emphasizes the social aspect of betting with less of a focus on making (or losing) money, similar to online fantasy sports competitions popular in the US market.

“Sports betting should be much more engaged, much more fun. Money shouldn’t be the main incentive here. It should be more social.”

UNCOVER ISRAEL - Get the ISRAEL21c
Weekly Edition free by email
Sign Up Now!
Bring Israel's story to life.
Millions of people around the world rely on us to gain a deeper understanding of Israel. We are the trusted source for original content you won't find anywhere else.
You can make a difference. Donate today to support journalism that brings Israel’s story alive.
SUPPORT ISRAEL21c
Read more on:   Technology, WSC Sports Technologies, sports-tech, Track160, PlaySight, BlazePod, Pixellot, Sidelines, Playform