A haul of 44 solid gold coins, weighing some 170 grams, was recently discovered hidden inside a stone wall at Banias in the Golan Heights, within the Hermon Stream (Banias) Nature Reserve.

Some of the coins were minted by Emperor Phocas (602–610 CE) but most have been identified by Israel Antiquities Authority (IAA) numismatic expert Gabriela Bijovsky as minted by Byzantine Emperor Heraclius (610–641 CE). They were hidden during the Muslim conquest of Byzantine Palestine in 635 CE, she said. 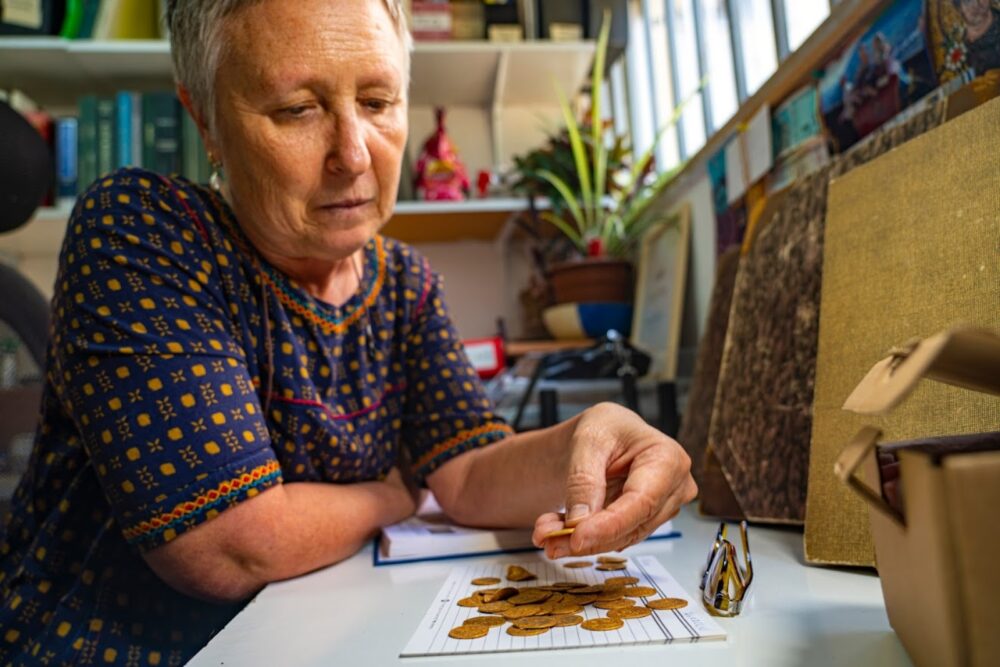 “The discovery reflects a specific moment in time, when we can imagine the owner concealing his fortune in the threat of war, hoping to return one day to retrieve his property,” said IAA excavation director Yoav Lerer.

He expects the coin hoard to provide information about the Banias economy in the last 40 years of Byzantine rule. 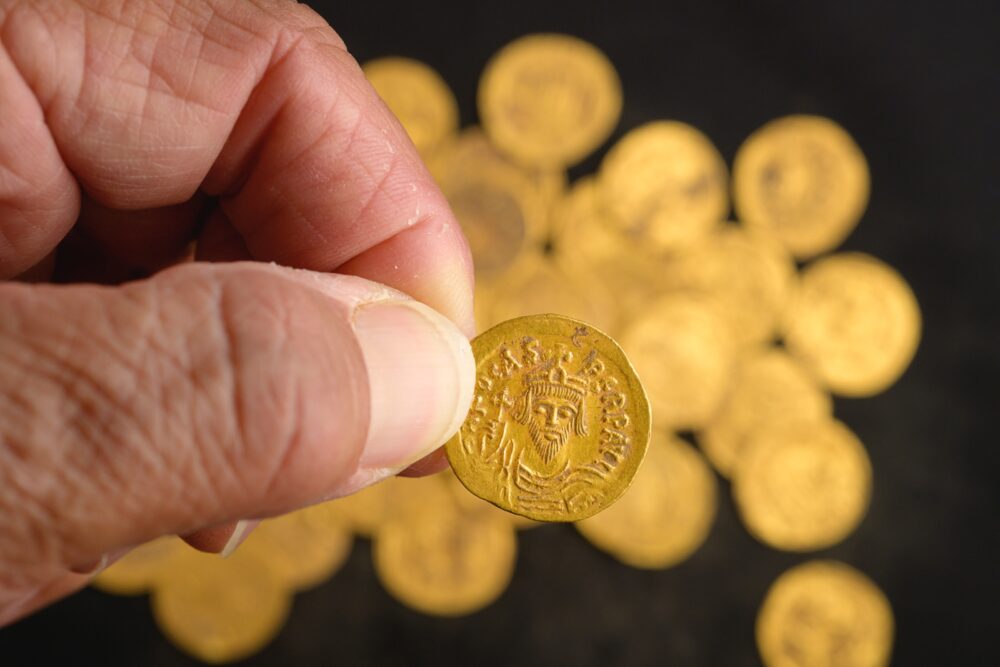 A coin bearing the image of the Byzantine emperor Phocas. Photo by Yaniv Berman/IAA

According to Bijovsky, in Heraclius’ early years as emperor, only his image appeared on the coins, but with time, his sons joined him.

“One can actually follow his sons growing up – from childhood until their image appears the same size as their father, who is depicted with a long beard.” 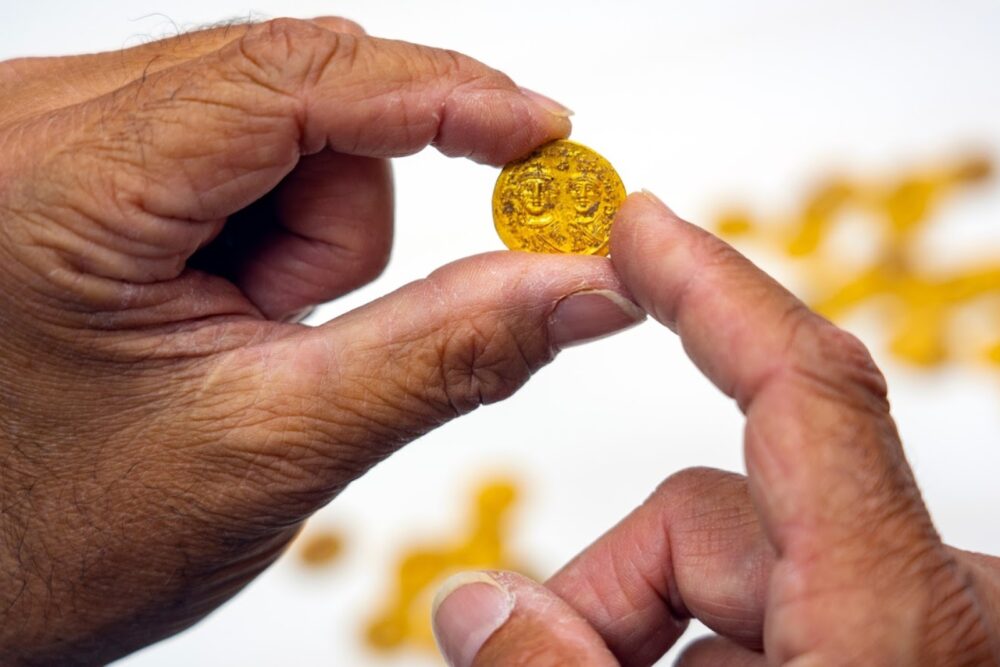 On the coin is the image of Emperor Heraclius and his son. Photo by Yaniv Berman/IAA

The excavation, in the northwestern residential quarter of the ancient city of Banias, originally Panias in homage to the Greek god Pan, additionally revealed coins made from bronze. Pottery and glass fragments, a pottery kiln, and metal artifacts were also uncovered, as well as the remains of buildings, water channels and pipes.

The discoveries range from the end of the Byzantine period (early seventh century CE) until the early Middle Ages (11th–13th centuries).

IAA director Eli Escusido said that the IAA and the National Parks Authority would work together on exhibiting the treasure to the public.