Jerusalem Mayor Moshe Lion advised residents to stay indoors on Wednesday night, but when a rare snow storm blankets the city in around 10 centimeters (4 inches) of snow, nothing is going to stop people from rushing outdoors to enjoy a fleeting moment in the powdery stuff. 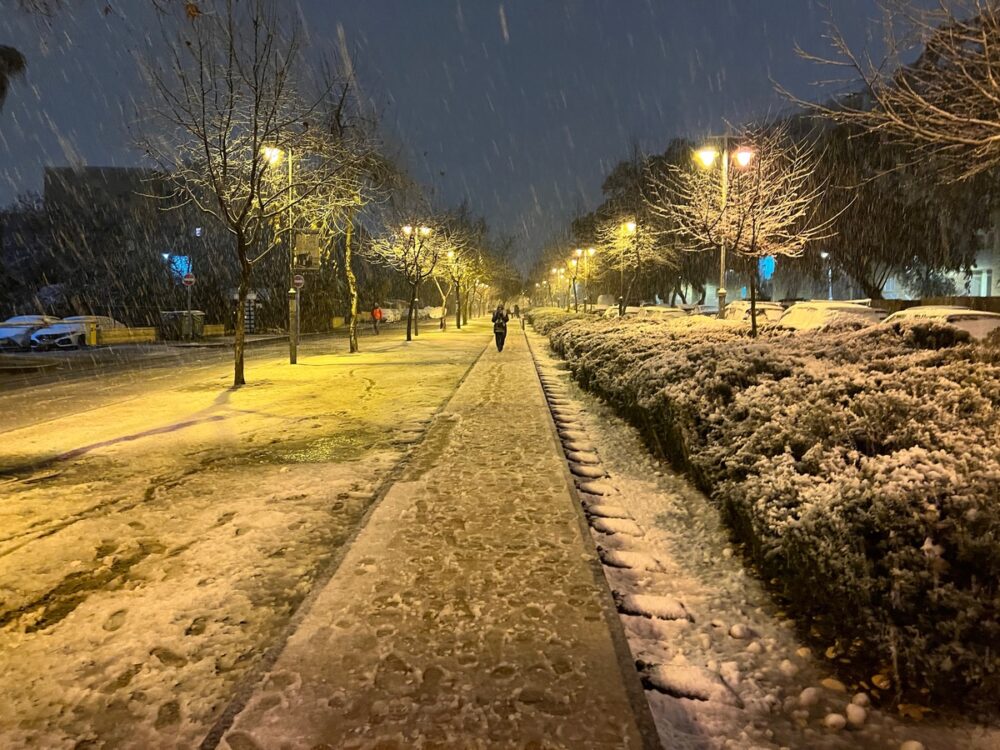 Baka in Jerusalem gets a layer of snow as Elpis reaches Israel. Photo by Brian Blum 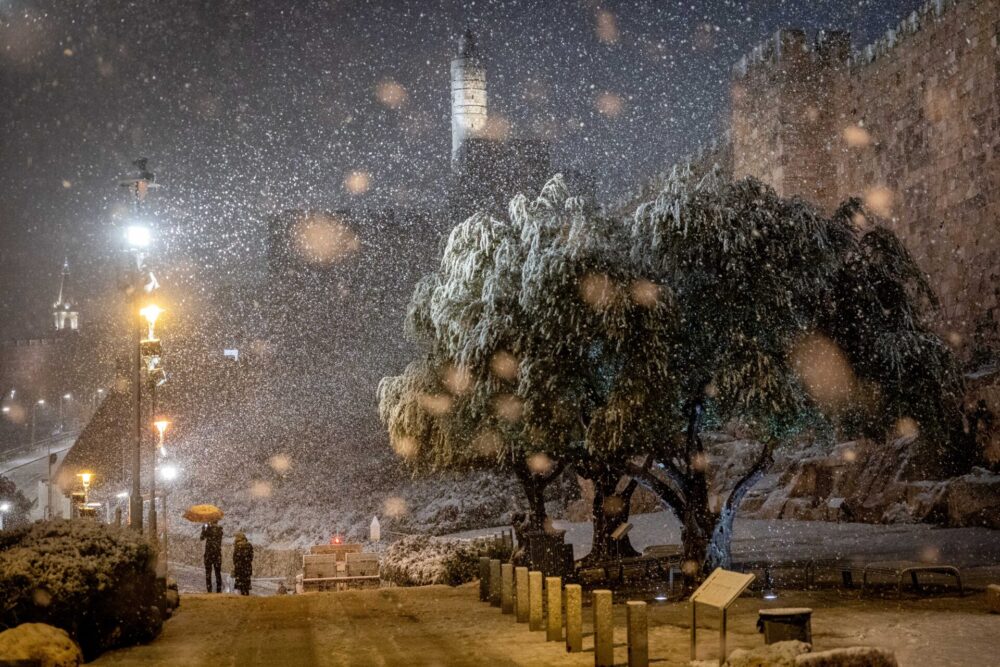 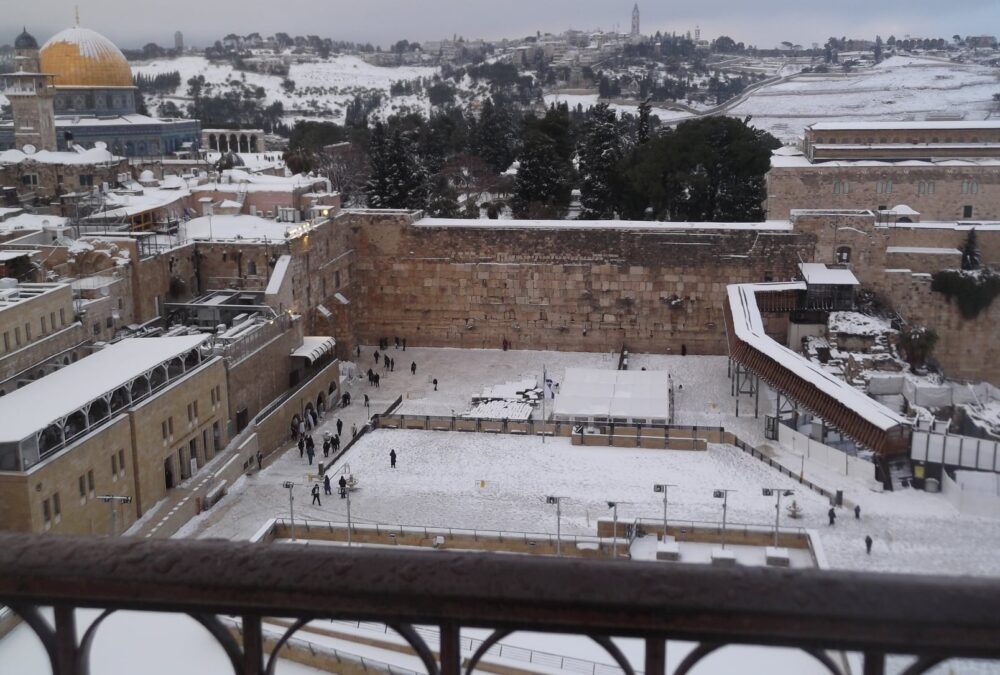 Snow falls on the Western Wall and Dome of the Rock. Photo by Chaya Weisberg/Heritage House 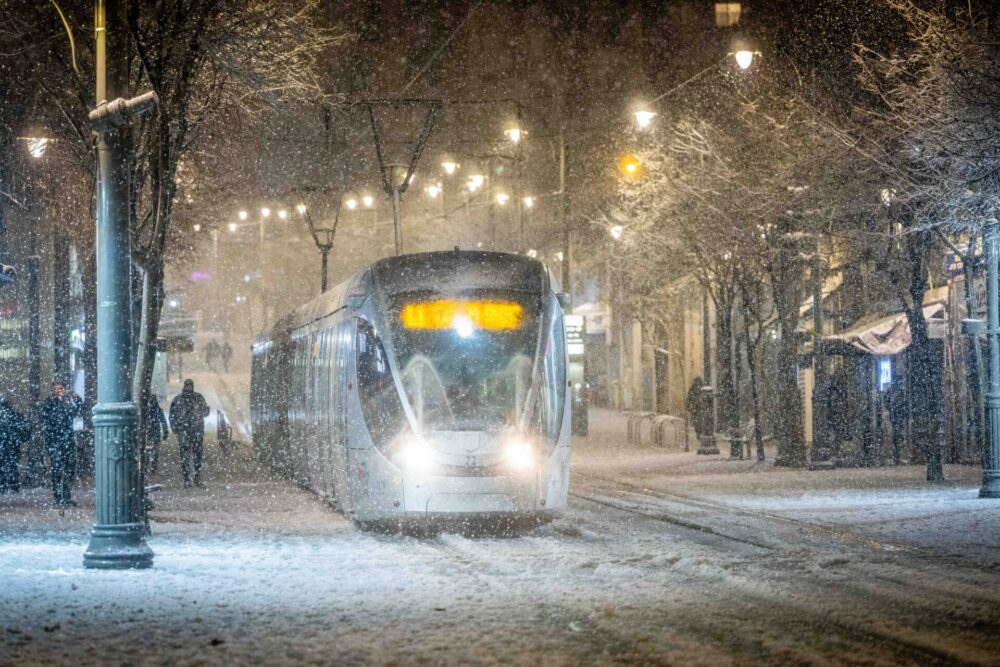 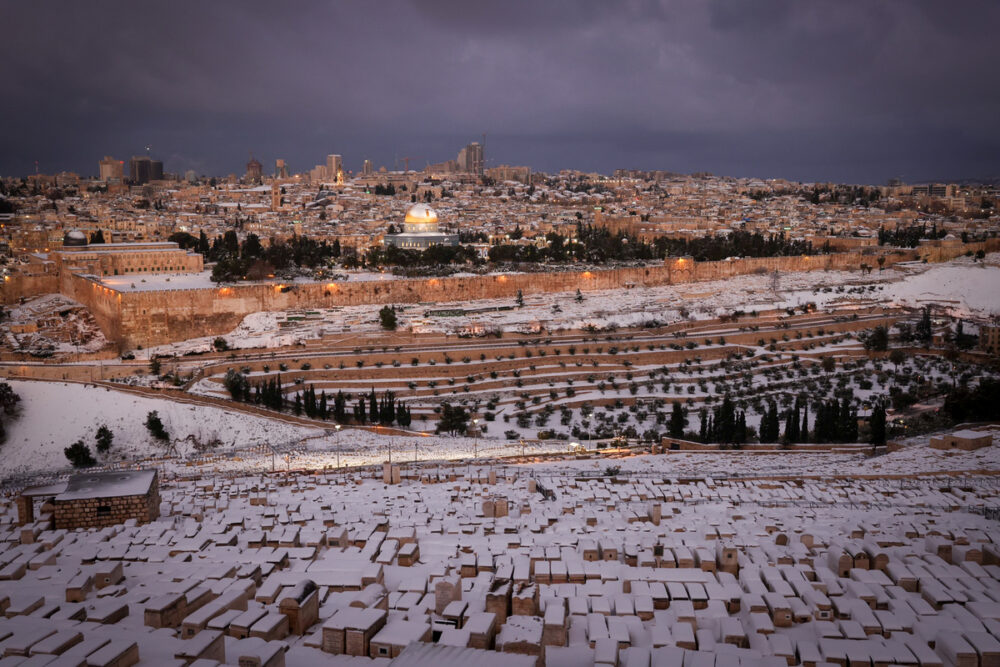 The Dome of the Rock in Jerusalem’s Old City as seen from a snow covered Mount of Olives during a storm on January 27, 2022. Photo by Nati Shohat/Flash90

On Wednesday, the much anticipated storm Elpis finally reached Israel after dumping record amounts of snow on Greece and Turkey.

First it was the turn of Israel’s north in the morning, and by the evening snow began blanketing Israel’s capital in white. 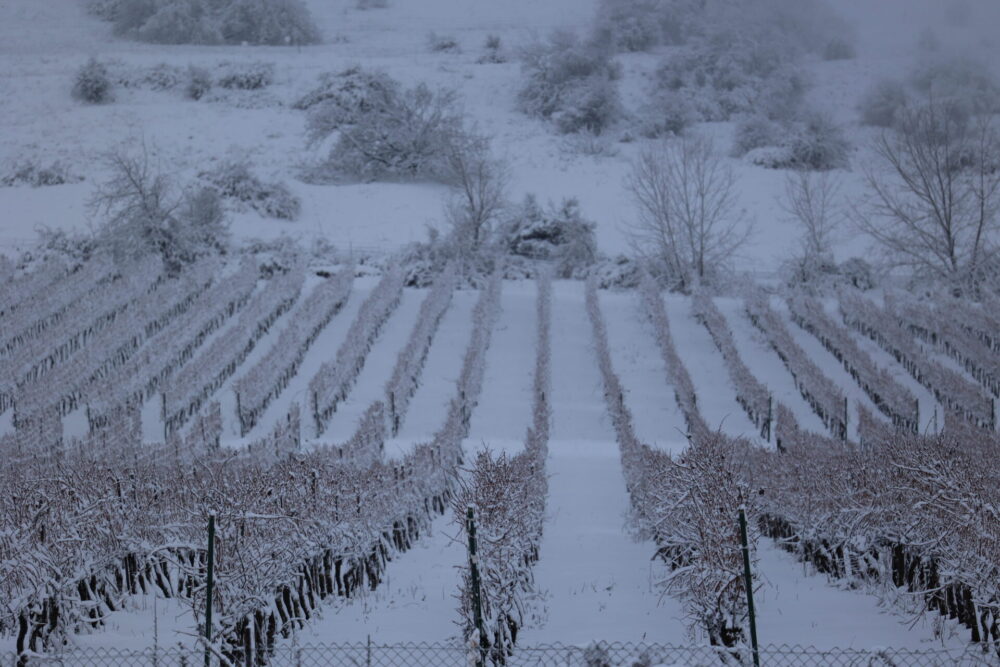 Snow falls on a vineyard in the Golan Heights, northern Israel, January 27, 2022. Photo by Maor Kinsbursky/Flash90 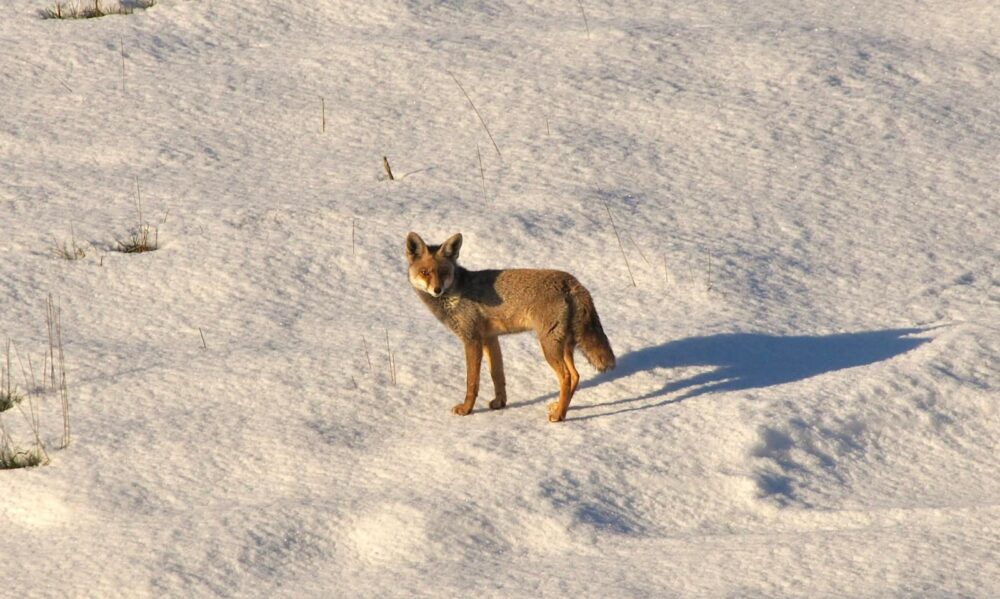 A fox in the Golan Heights. Photo by Meron Segev 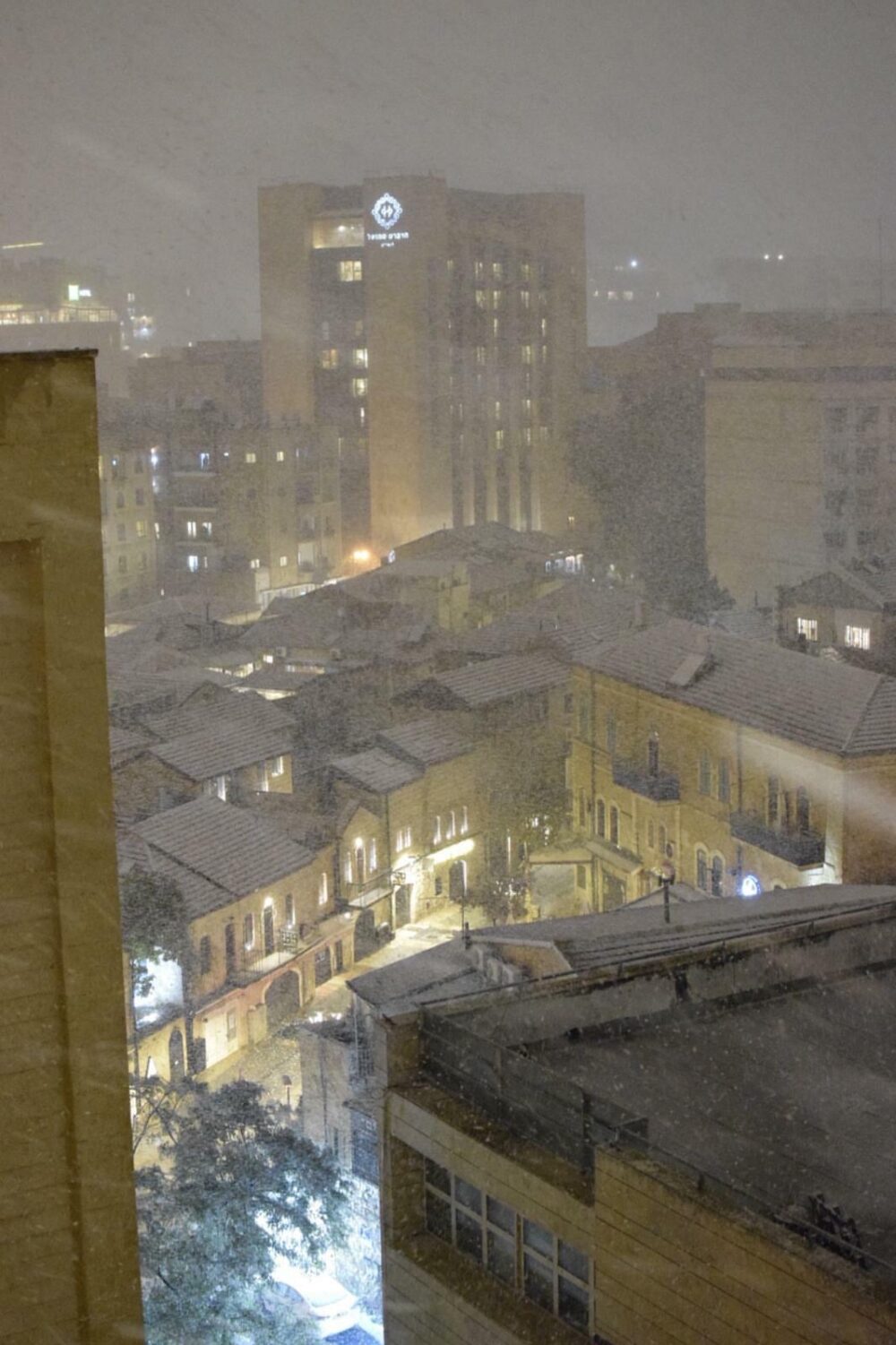 Main roads were closed into the city, and schools were also shut on Thursday in Jerusalem and in the Golan Heights, which also saw heavy snow.

City workers used 250 snow plows across Jerusalem and spread some 150 tons of salt on the road.

Jerusalem, which is at an elevation of 754 meters above sea level (about half a mile), gets snow every few years  For many residents of the city, young and old, it’s a joyful occasion. Israelis throw snowballs at one another in Sacher Park in Jerusalem January 27, 2022. Photo by Olivier Fitoussi/Flash90 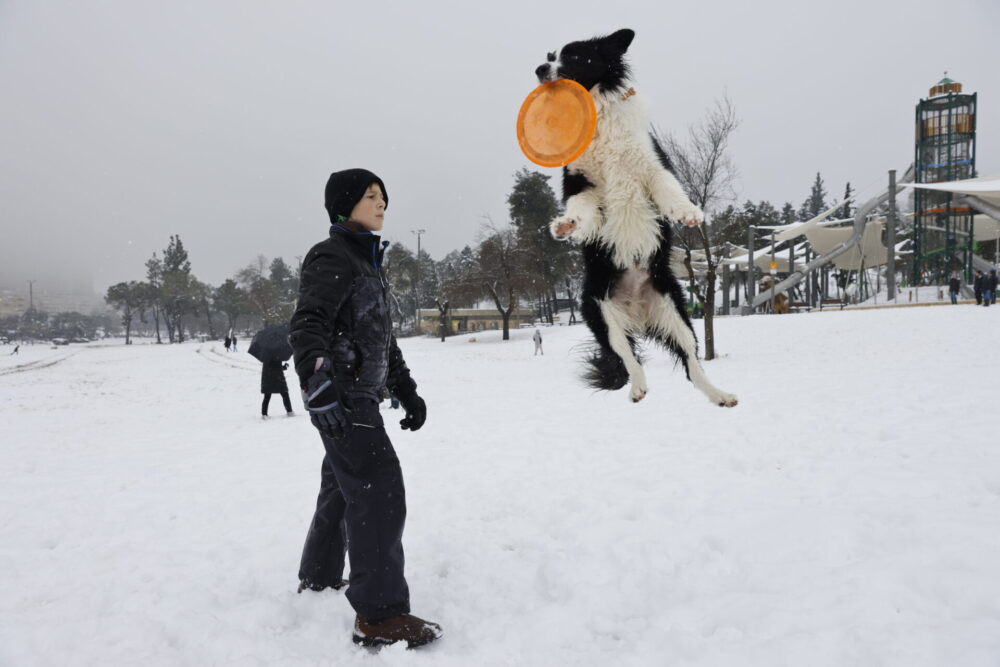 Israelis play in the snow in Sacher Park in Jerusalem, January 27, 2022. Photo by Olivier Fitoussi/Flash90 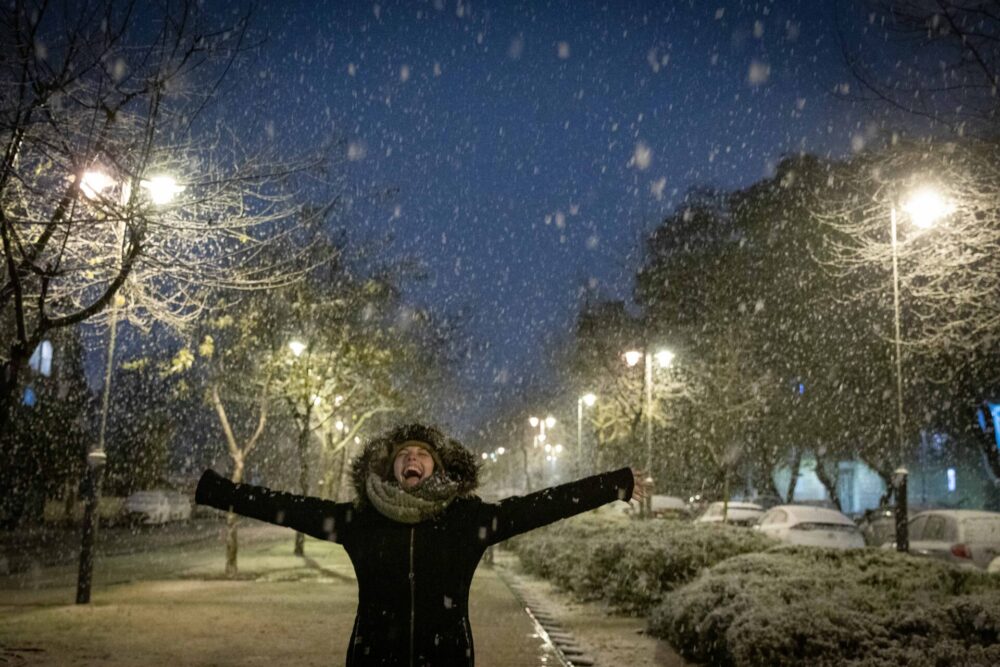 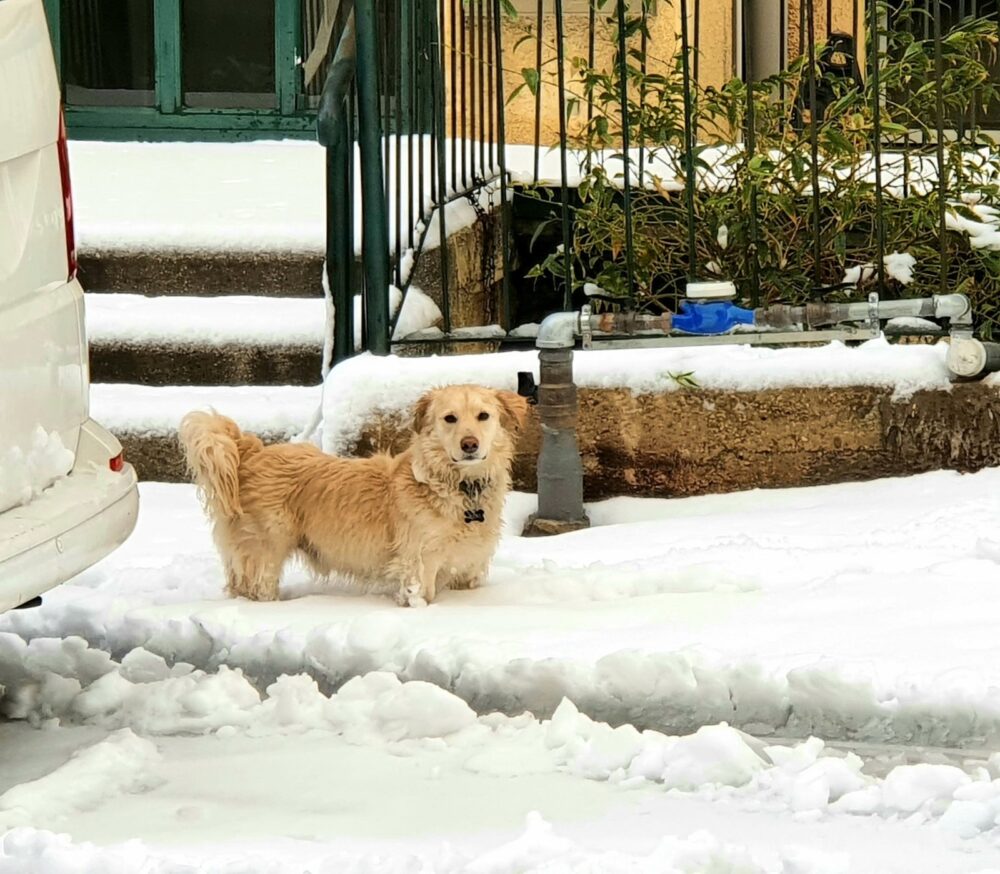 Taking the dog for a walk in the snow. Photo by Chaya Kong 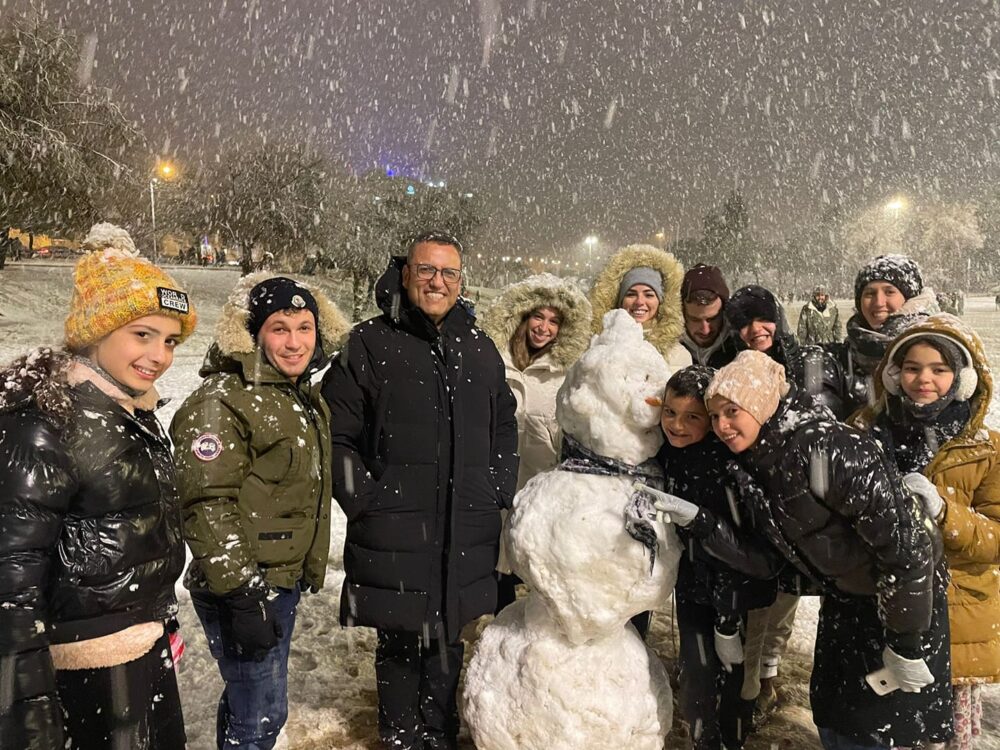 The last big storm was in February last year, when up to 15 centimeters of snow fell in some areas of the city. In 2013, a major blizzard hit Jerusalem, dumping around 30 centimeters of snow, and knocking out power to several neighborhoods. 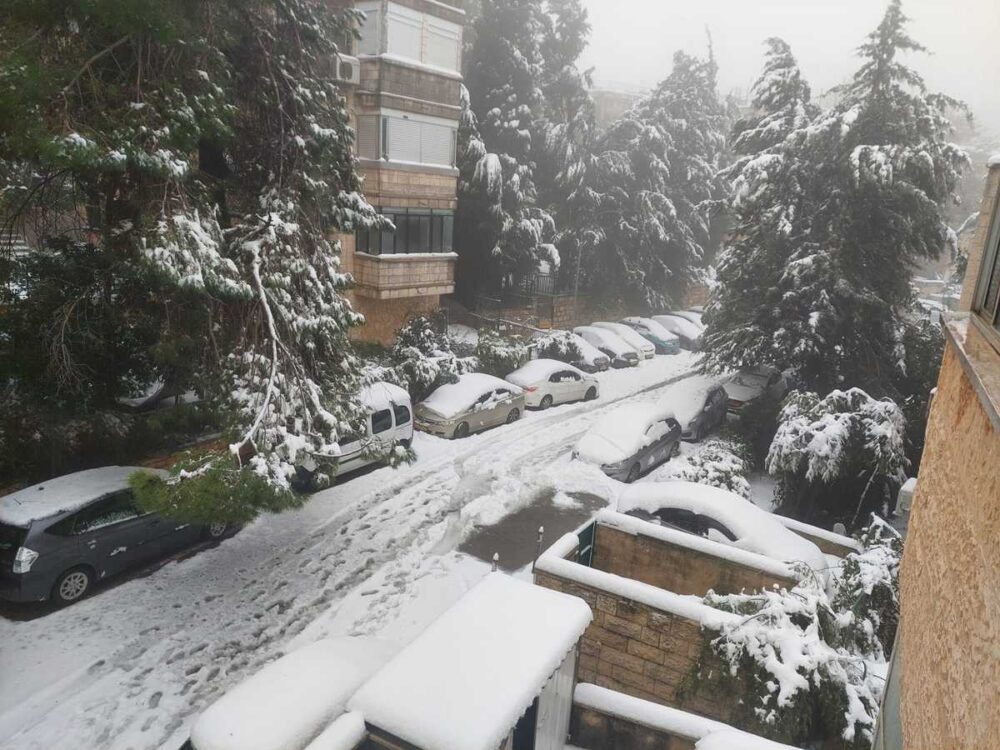 A view out of the window in Jerusalem. Photo by Sergio Goldstein 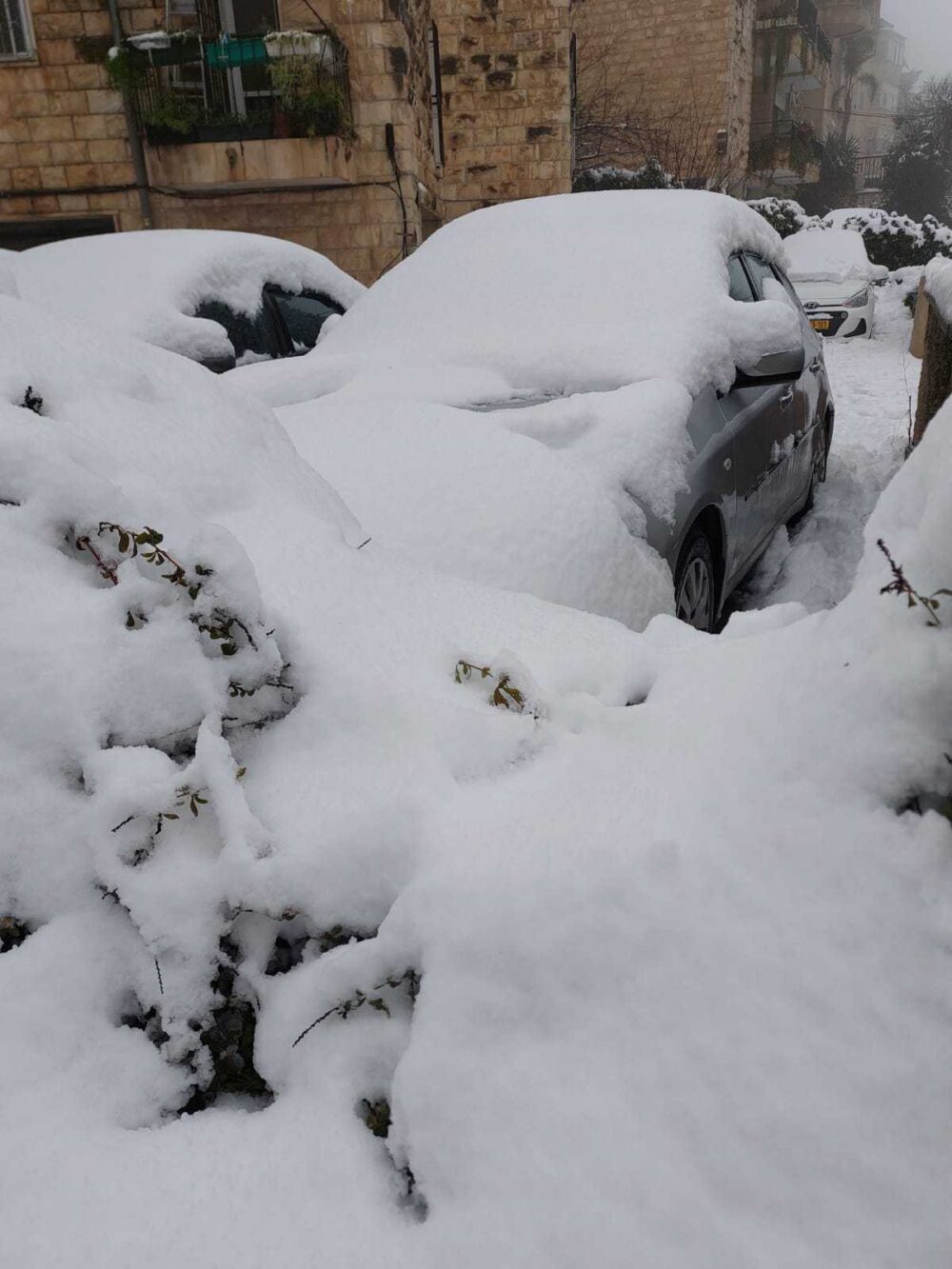 A car buried in snow. Photo by Sergio Goldstein 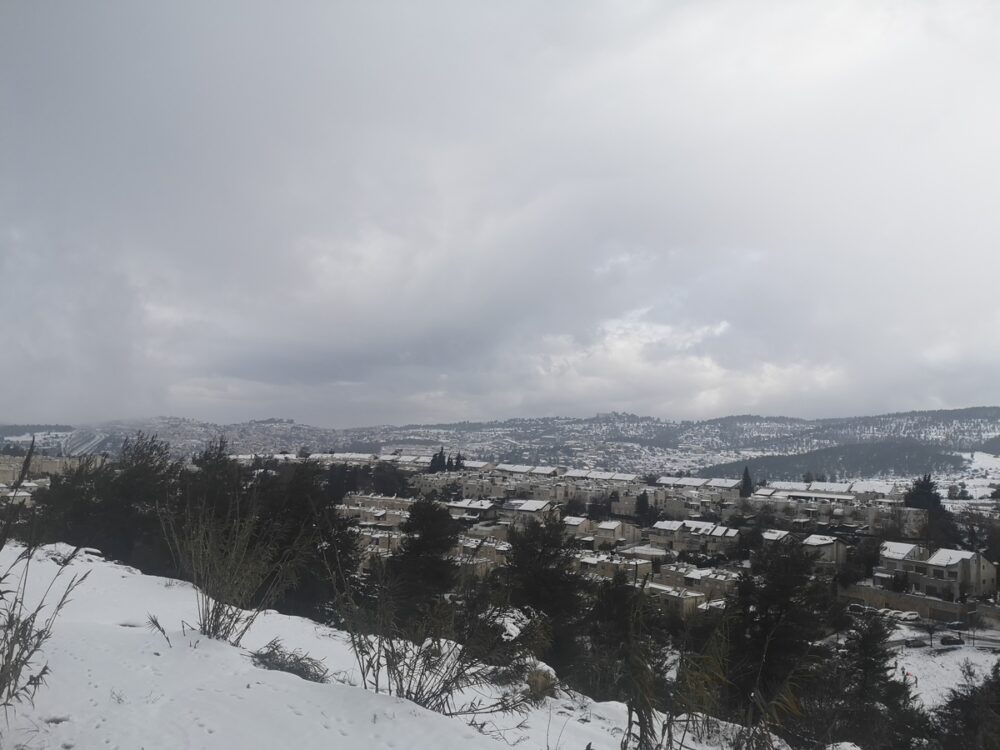 A chilly view over the Jerusalem Hills. Photo by Naama Barak 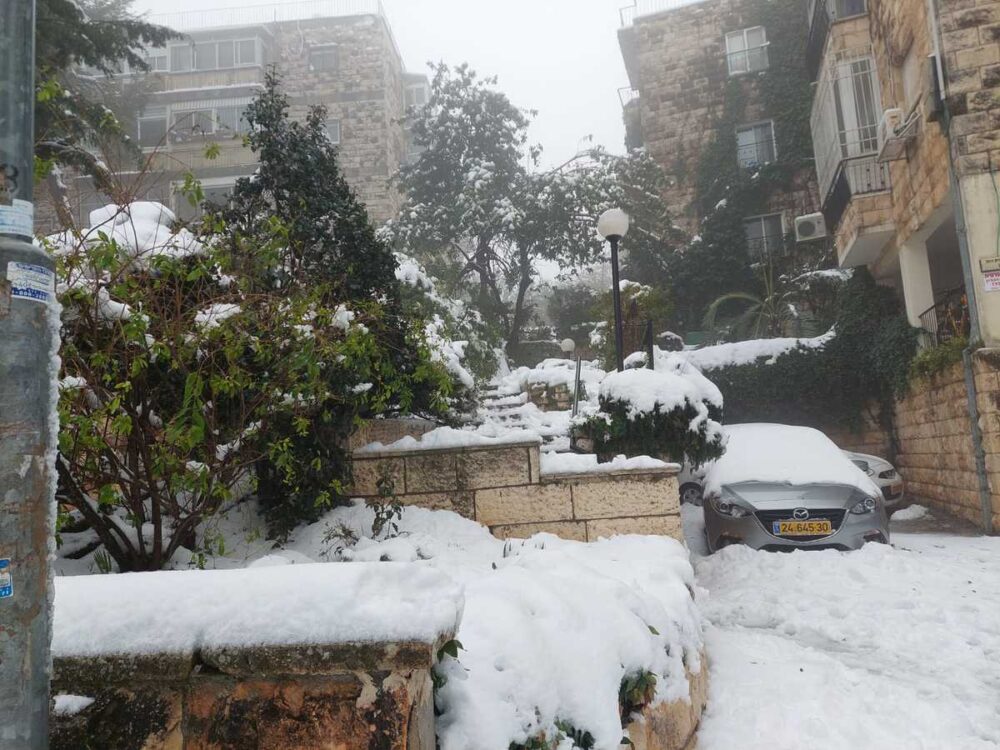 Snow blankets the street in Jerusalem. Photo by Sergio Goldstein

The severe storm also brought strong winds and heavy rain to other areas of Israel. The Mediterranean Coastal Cliffs Preservation Government Company advised people to avoid Israel’s coastal cliff strip, warning of possible collapses. The Kinneret Cities Association also ordered the closure of all beaches at the Sea of Galilee. 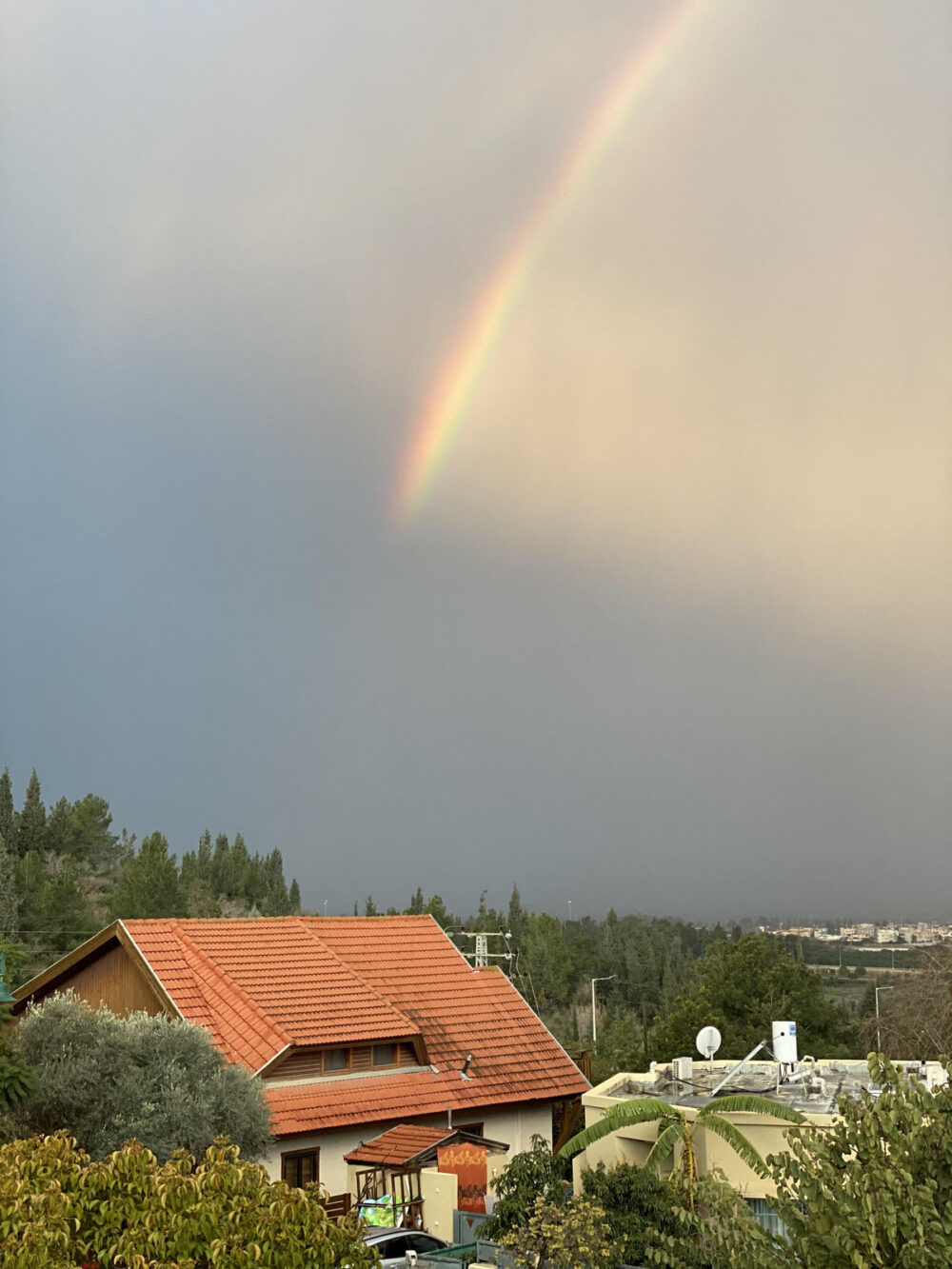 A moment of calm in a village in the Sharon region before the next rain storm hits.  Photo by Nicky Blackburn

The snow is expected to turn into rain during the day, and the snow will melt, making these moments in the snow even more precious. 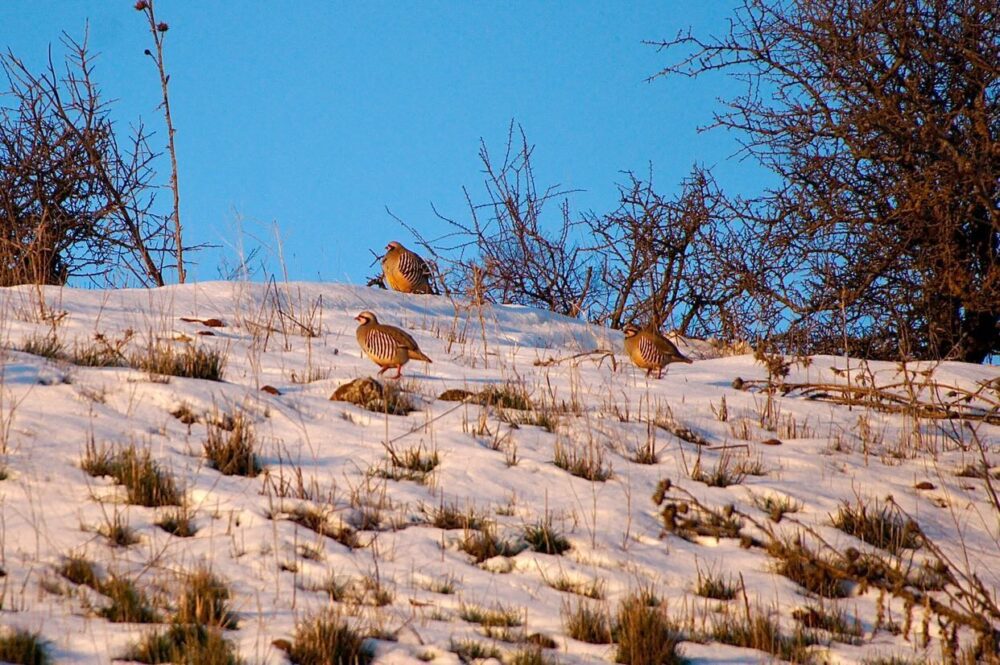 Birds in the snow in the Golan. Photo by Meron Segev
YOU CAN GET ISRAEL21c NEWS DELIVERED STRAIGHT TO YOUR INBOX.