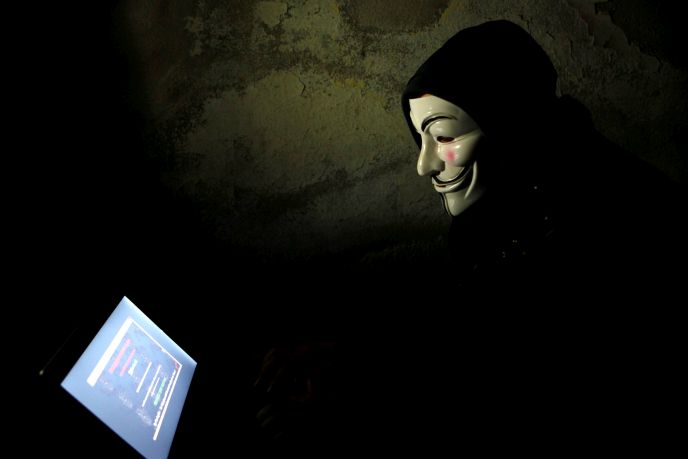 A computer hacker plans his next campaign. Photo by Flash90.

A computer hacker plans his next campaign. Photo by Flash90.

When hackers exposed embarrassing emails, passwords, Social Security numbers and other sensitive data from Sony Pictures Entertainment in November last year, the world sat up and took notice. The data thieves (purportedly from North Korea) wreaked internal havoc at Sony and disrupted the planned rollout of its film The Interview, costing the company millions of dollars.

However, as an NBC News headline put it, “Sony Hack Is Bad, But the Real Cyberwar Is All Around You.”

No wonder cyber-security businesses abound worldwide. And second only to the United States, Israel is providing the most products to fight this costly crime. About 200 Israeli companies specialize in cyber-security, accounting for $3 billion worth of anti-hacking exports in 2013. One-quarter of the world’s venture capital-funded cyber-security startups are Israeli.

At the same time, Israel is pouring major resources into a comprehensive cyber-security development complex, CyberSpark, in Beersheva.

Here we list a dozen Israeli companies to watch as we enter another year full of cyber dangers around every corner.

Check Point is the granddaddy of cyber-security in Israel. Founded in 1993 and now Israel’s biggest tech firm, Check Point pioneered FireWall-1 and boasts all Fortune and Global 100 companies as customers for its award-winning ZoneAlarm solutions against hackers, spyware and identity theft. Its international headquarters is in Tel Aviv; it has offices across the United States and in 38 other countries.

In December, Check Point’s Malware and Vulnerability Research Group alerted the world to Misfortune Cookie , which enables an intruder to take over a residential router remotely, and use it to attack all devices connected to it — including computers, phones, tablets, printers, security cameras or any other networked device. 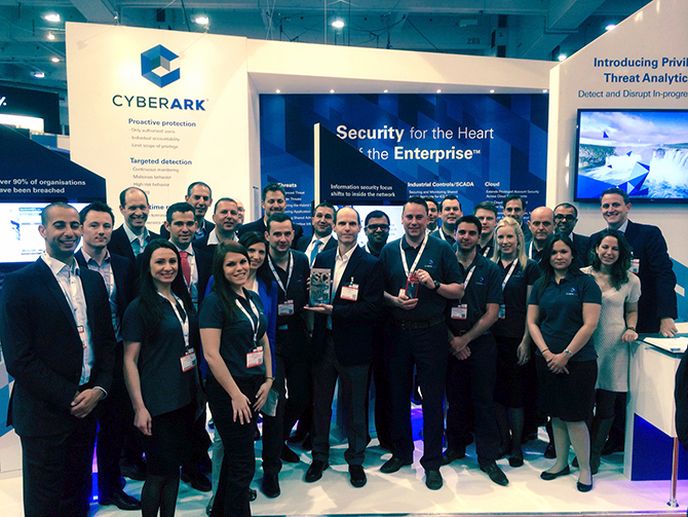 Israel’s largest private cyber-security company until its successful IPO last September, CyberArk makes privileged-account security solutions used by nearly half of the Fortune 100 and most of the world’s 20 largest banks. Its award-winning software “locks up” critical IT infrastructure, monitoring and recording everything done with data accessed by authorized (“privileged”) users on-premise, off-premise or in the cloud. The company, now traded on NASDAQ, was founded in 1999 in Petah Tikva and has international offices.

Based in Jerusalem, ThetaRay provides a big-data analytics platform and solutions for advanced cyber security, operational efficiency and risk detection against unknown threats. ThetaRay was founded in 2012 based on the algorithmic research of founders Amir Averbuch of Tel Aviv University and Ronald Coifman of Yale. The product’s algorithm learns the “normal” behavior of a system and flags any unusual activity.

CyberSeal’s technology identifies and deals with cyber threats in wired and wireless communications networks. The company, founded in 1998 as WebSilicon and bought in 2012 by Magal Security Systems, won second place in last November’s International Innovation Competition for Homeland Security and Cyber Technology held in Tel Aviv. CyberSeal is based in Yehud.

BioCatch, which snagged Frost & Sullivan’s 2014 Best Practices and New Product Innovation Leadership awards, makes biometric solutions for mobile and web applications – especially in banking and ecommerce — by collecting and analyzing more than 400 bio-behavioral, cognitive and physiological parameters to generate a unique user profile and protect against risky transactions and cyber threats to users. Tel Aviv-based BioCatch was one of 10 listed as a “FinTech Company to Watch” by American Banker and the Bank Administration Institute in 2014.

Based in Petah Tikva with branches in the US and UK, Seculert offers a cloud-based security platform that protects distributed enterprises from advanced threats and malware by combining big-data analytics, machine-learning technology and behavioral analysis.

Requiring no hardware or software, the product can cover all of a customer’s sites as well as employees working remotely and on personal mobile devices. IT research and advisory company Gartner named Seculert a “Cool Vendor” in its 2014 report on security infrastructure protection.

Given that most malware is delivered by email or through downloads, Tel Aviv-based Votiro developed its Spear-Phishing Protection Service to sanitize all files attached to email messages. Its Secure Data Sanitization Device physically secures data in both directions, and its Uni-Directional Link provides a “secured bridge” between internal networks intentionally isolated from one another and lacking an Internet connection. Votiro, founded in 2009, was recognized as an Emerging Technology Vendor for 2014 by CRN magazine, and won a gold medal at the 2014 RSA Security Conference.

This security pioneer in the automotive industry was founded by veterans of Israeli Intelligence Unit 8200 to keep cars of the future safe from hackers. Argus offers original equipment manufacturers innovative security methods to keep connectivity technology safe from threats such as unauthorized access. The Tel Aviv company is already making headlines as the autonomous-vehicle market emerges, and with it the fear of hackers manipulating systems such as steering and acceleration.

This Kfar Saba-based company won two awards for its SmartCipher system at last year’s RSA Security Conference in San Francisco, one in the Database Security, Data Leakage Protection and Extrusion Prevention category and another in the Awesome Product of the Year category. SmartCipher assigns policies and rights to data files, virtually locking out unauthorized users. 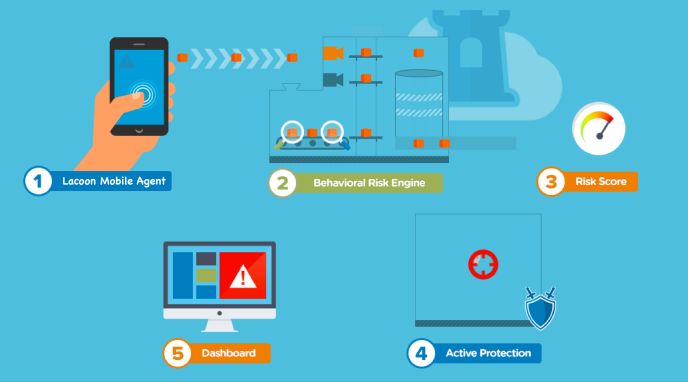 Here’s how the Lacoon platform works.

BYOD (bring your own device) mobile data security is a growing concern in the business world. Israeli companies have stepped in with solutions (we previously wrote about one of the newest, Skycure for managing and mitigating BYOD risks and protecting corporate assets).

Founded in 2011, Lacoon is creating a buzz for its MobileFortress threat-management platform, which uses proprietary, patent-pending algorithms to conduct multi-level risk assessments in the cloud to identify and prevent existing, emerging and advanced mobile attacks to iOS and Android devices. The company opened a San Francisco office last July.