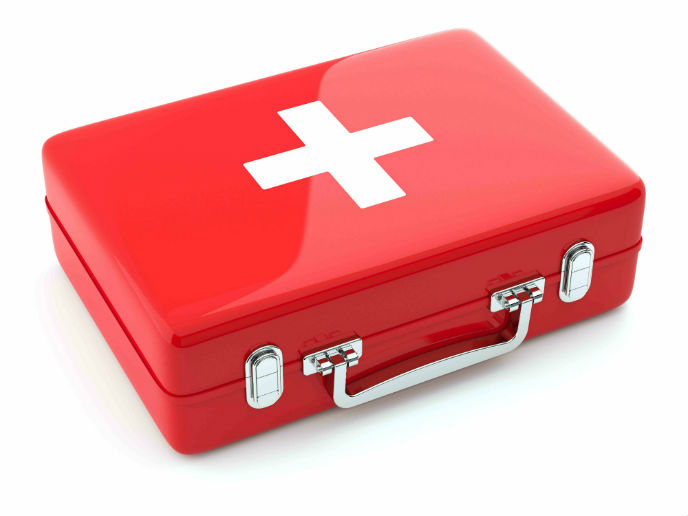 New methods for treating, cleaning and sealing wounds are being developed in Israel. Image via www.shutterstock.com

New methods for treating, cleaning and sealing wounds are being developed in Israel. Image via www.shutterstock.com

Exciting new methods for treating, cleaning, sealing and healing wounds of all types are constantly being developed in Israel and introduced to the global healthcare community.

Here ISRAEL21c presents 11 of the most innovative and useful wound-care products recently introduced to the market or in advanced clinical-trial stages. We’ve listed them in alphabetical order. 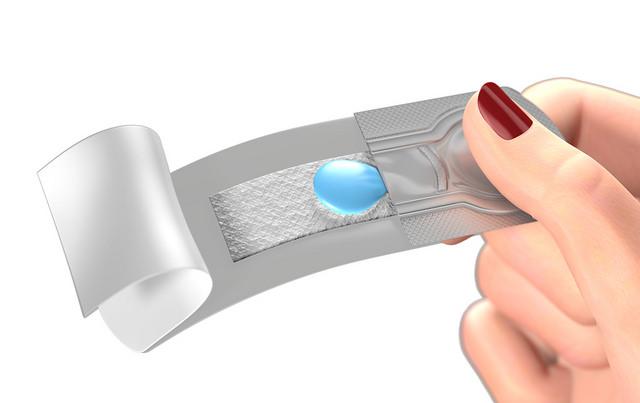 This smart adhesive bandage, recently approved by the US Food and Drug Administration (FDA), has a patented breakable capsule that releases a multi-compound therapeutic substance onto the sterile pad. The line of waterproof bandages offers varieties that come with an anticoagulant, an antibiotic, an antifungal, a wart remover or a corn remover. The company, based in Ramat Gan and in New Jersey, manufactures and sells the bandages in the United States. 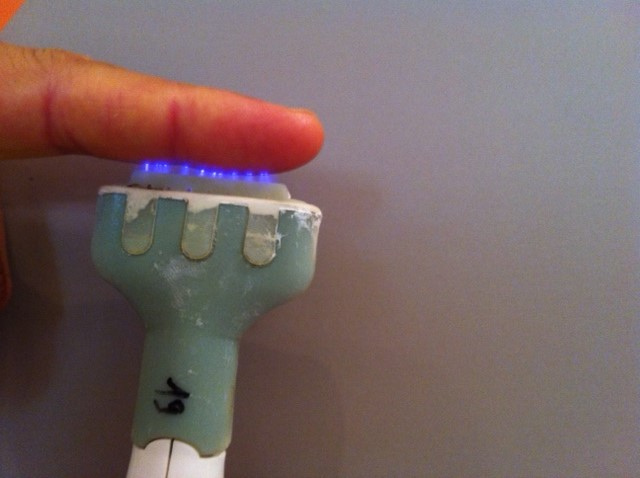 IonMed  developed this unique device to seal surgical incisions using cold plasma gas. Ionized particles in plasma have been shown to weld human tissue in a way that causes little or no scarring, controls bleeding, enhances tissue repair, disinfects and even kills cancer cells. The product is close to market and will likely be marketed first as an alternative for Cesarean section incisions.

Macrocure, one of six Israeli companies that had a Wall Street IPO last summer, developed CureXcell as a therapy for treating severe wounds using white blood cells from donor blood. Clinical trials have shown CureXcell results in a 90 percent reduction in infections among patients with deep wounds. Currently for sale only in Israel, CureXcell is expected to be manufactured and marketed in the United States following advanced clinical trials. 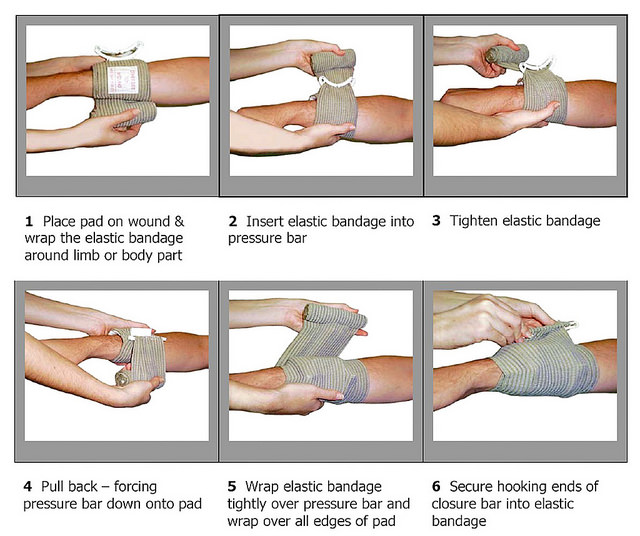 Also called “The Israeli Bandage,” this first-aid item from First Care Products was invented by a former combat medic and has come to be used widely around the globe. The bandage features a unique built-in pressure bar to stop bleeding and was credited with saving the lives of many US servicemen in Iraq, as well as Arizona Congresswoman Gabriel Giffords.

A trocar is used in laparoscopic surgery to open abdominal access ports for surgical instruments. The problem is that these ports are time-consuming for surgeons to close. Gordian Surgical’s novel trocar and closure device opens the port and then seals it shut when withdrawn. The company has three US patents and is doing validation and verification studies prior to applying for FDA and CE approval in 2015. The global trocar market is valued at $1.2 billion.

Jetox lavage systems by TavTech clean and debride wounds effectively and gently, using a patented technology based on aviation engineering principles. The disposable systems use compressed oxygen combined with saline solution, pressurizing the air to high velocities through a nozzle that breaks the accelerated liquid into micro-droplets. It has been in use for several years in North America, Mexico and parts of Europe.

Formulated originally by two Israeli biomedical engineers for sealing complex shrapnel wounds by mimicking late-stage blood coagulation, LifeBond is in advanced clinical trials in Israel and Europe for sealing any surgical incision along the staple lines. CEO Gideon Sturlesi tells ISRAEL21c he hopes to launch LifeBond in the European market next year. Also in the company’s pipeline is a unique self-fixating hernia mesh made of biosurgical material. 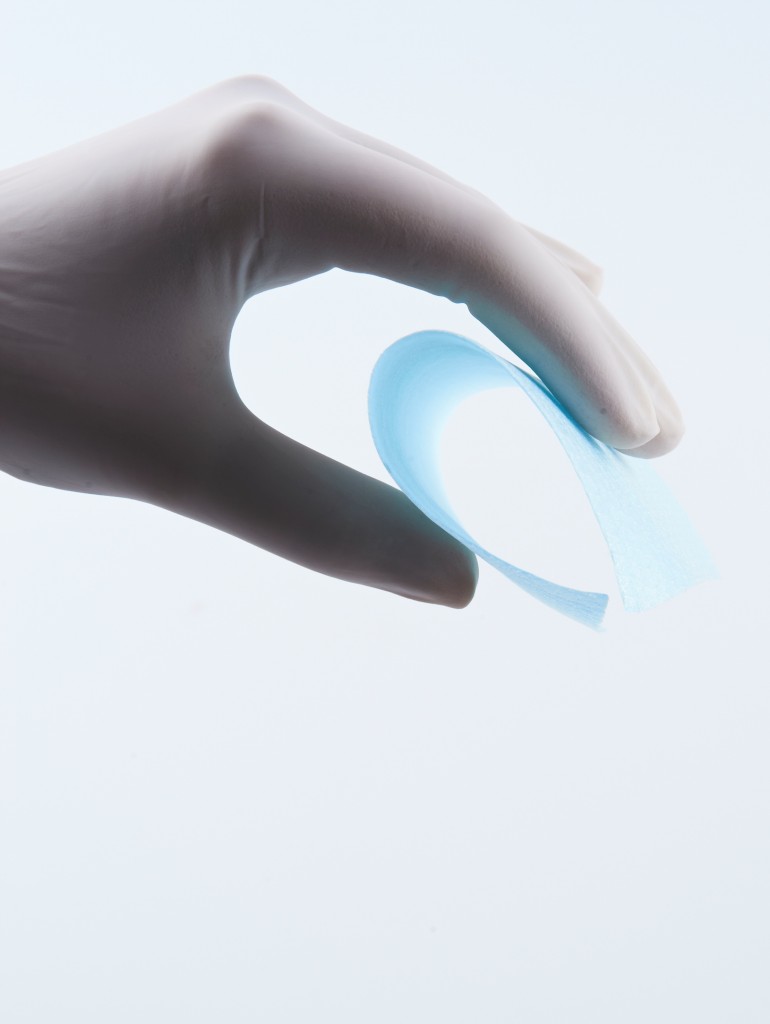 Introduced on the European market last year, MediWound’s enzyme treatment, NexoBrid, is formulated for non-traumatic, non-surgical removal of dead or damaged tissue (eschar) in adults with deep thermal burns. A pediatric study in Europe is starting soon. MediWound is also testing Escharex, a product for debriding chronic wounds such as foot ulcers. 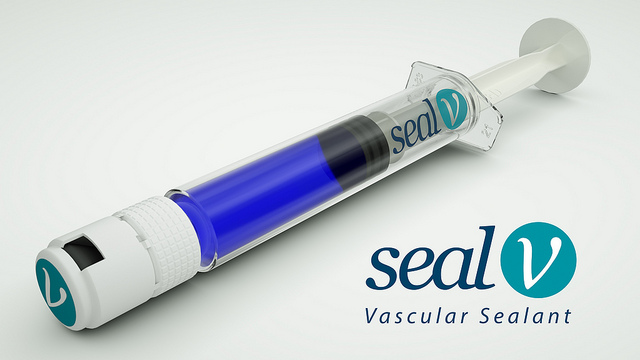 Inspired by algae, this vascular surgery adhesive from Sealantis is launching in Europe and soon in Israel. The product reduces blood loss by mechanically sealing areas of potential leakage in surgical reconstruction of large blood vessels such as arteries. It can be used for other types of surgery as well. 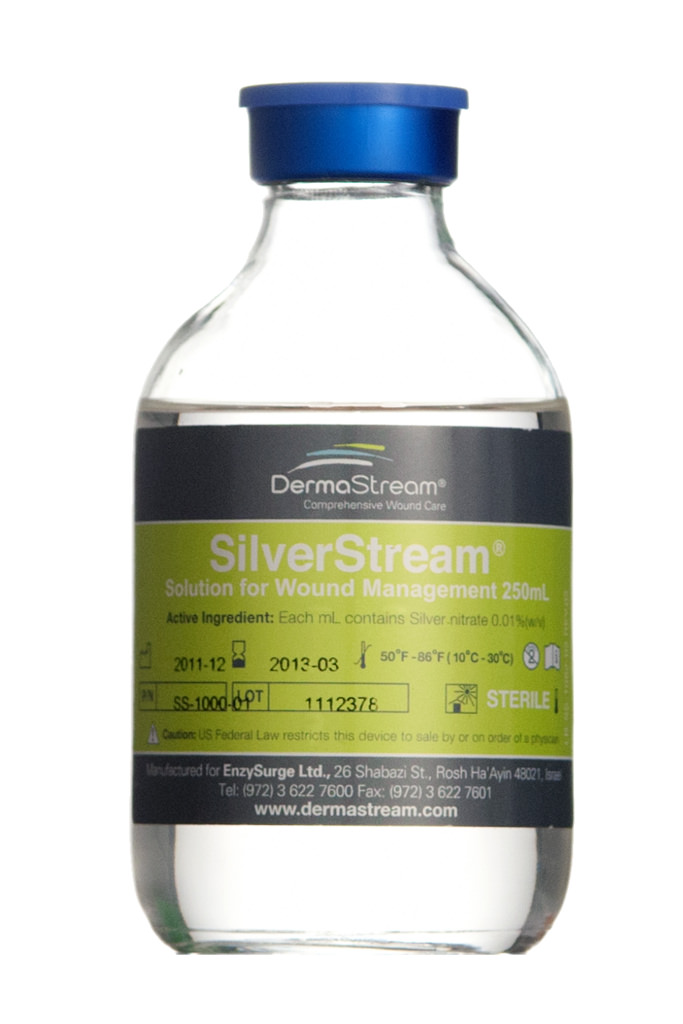 EnzySurge develops innovative aqueous solutions to remove debris and foreign material from chronic or acute wounds. Its first product, SilverStream, has been on the market in the US, Israel and India since the beginning of 2013 for cleaning chronic wounds and burns. SilverStream is the only liquid on the market with antimicrobial silver ions to kill germs on contact. It also fights biofilm and contains a soothing agent.

This trauma-management system for mass-casualty situations allows for temporary wound closure to avoid further damage and contamination to the injured tissues until the injury can be evaluated and treated. It consists of two attachment plates with adhesive on their underside, and an approximation strap that gets inserted into the first and then second plate to secure the wound edges. TopClosure is CE- and FDA-cleared, and is headed to the worldwide market with an emphasis on hand and orthopedic use.