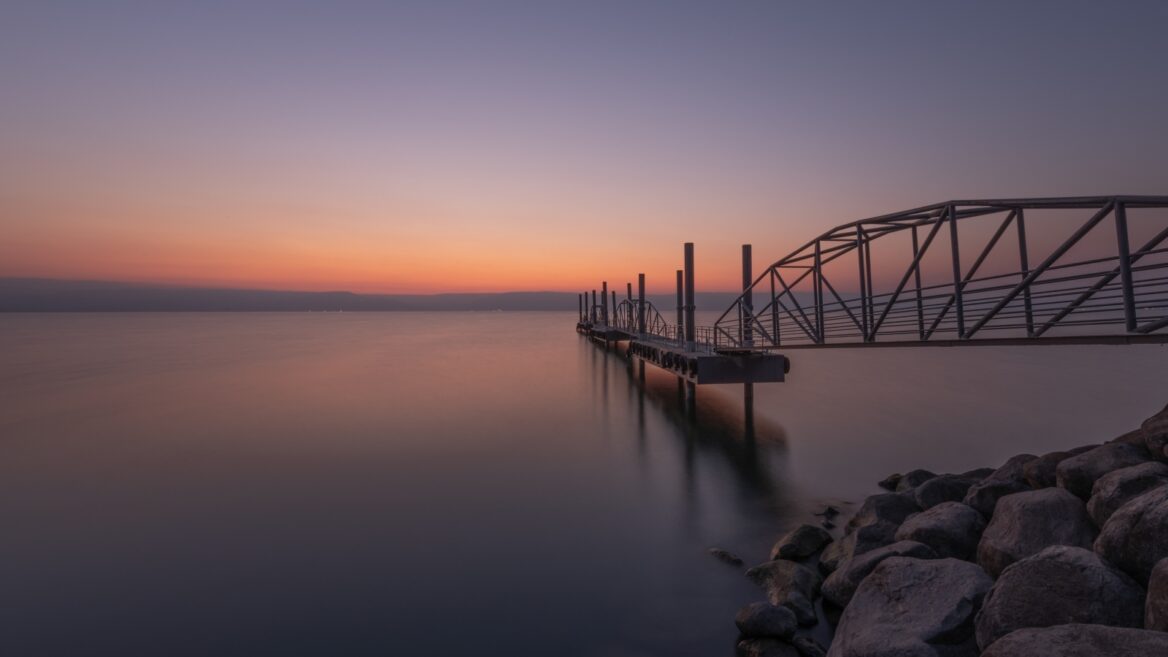 The sun sets at Ginosar beach at the Kinneret (Sea of Galilee), October 2019. Photo by Mila Aviv/FLASH90

The Sea of Galilee is a must-see on any trip to Israel. It’s the shimmering jewel of the green, mountainous Galilee region in the north.

Technically this “sea” is a lake, fed by underground springs and by the Jordan River. Since biblical times, it’s variously been called Lake Kinneret, Lake Tiberias and Sea of Genneseret.

Whatever you call it, this body of water is special to Christians. Here, according to the Gospels, Jesus performed miracles and recruited four local fishermen as his first disciples. 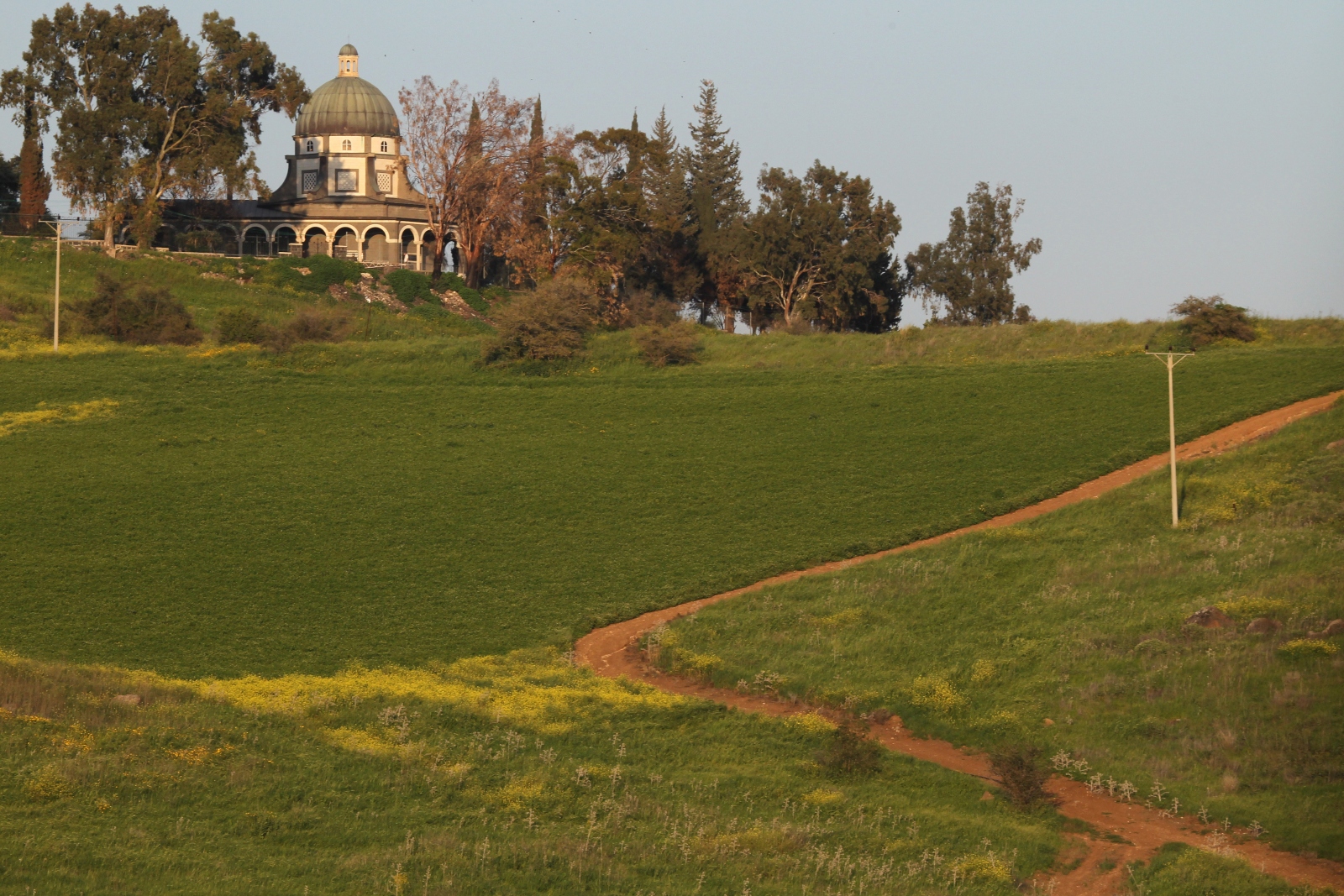 Trail leading to the Church of Beatitudes near the Kinneret(Sea of Galilee). Photo by NatiShohat/FLASH90 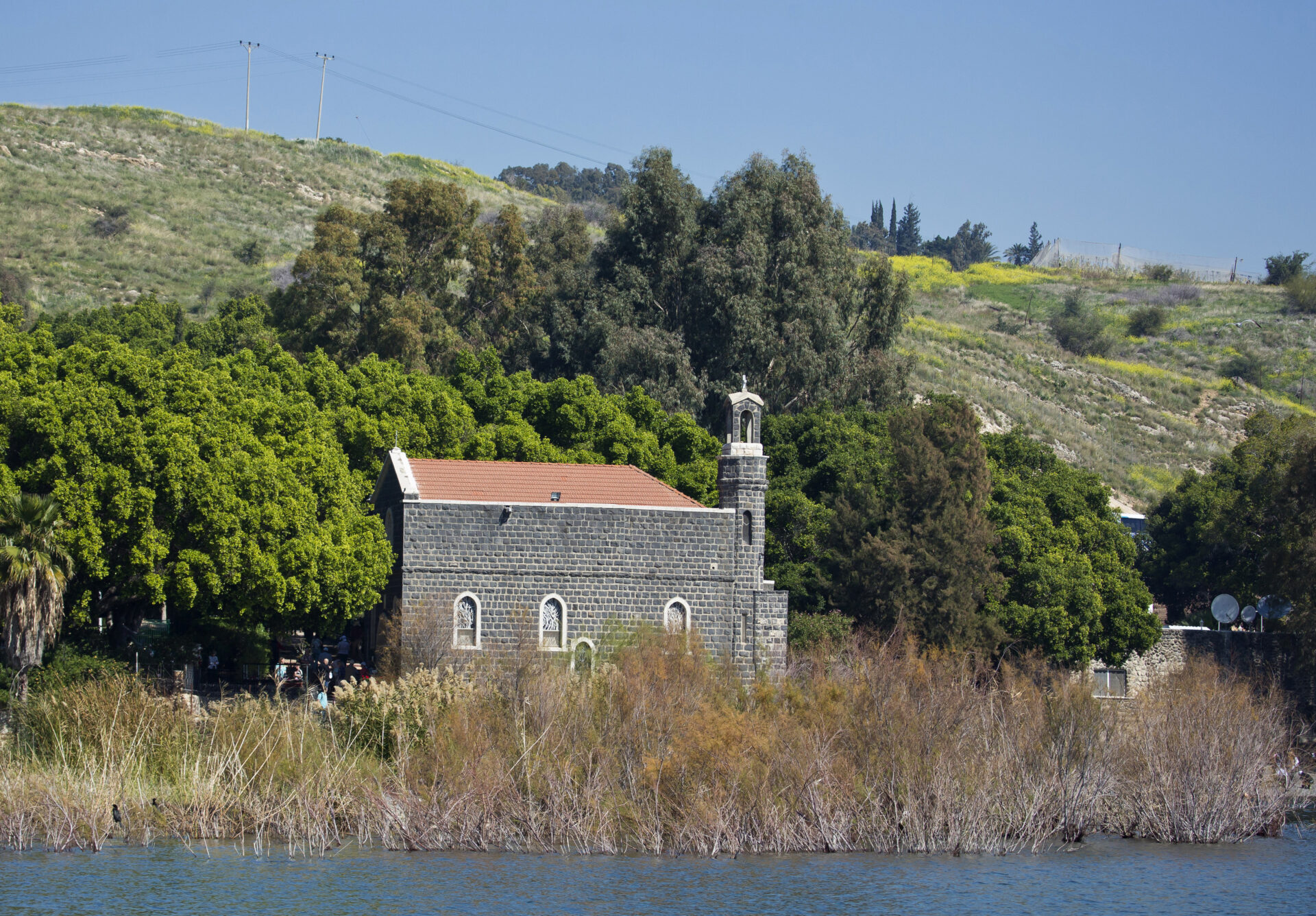 View of the Franciscan Church of the Primacy of St. Peter near Capernaum, Israel, on the northwest shore of the Kinneret (Sea of Galilee). Photo by Moshe Shai/FLASH90

The historic cities of Tiberias, Tabgha and Capernaum (Kfar Nahum) are on its shores. Several kibbutzim – including the very first one, Degania (“Cornflower”) – were established on its banks in modern times. 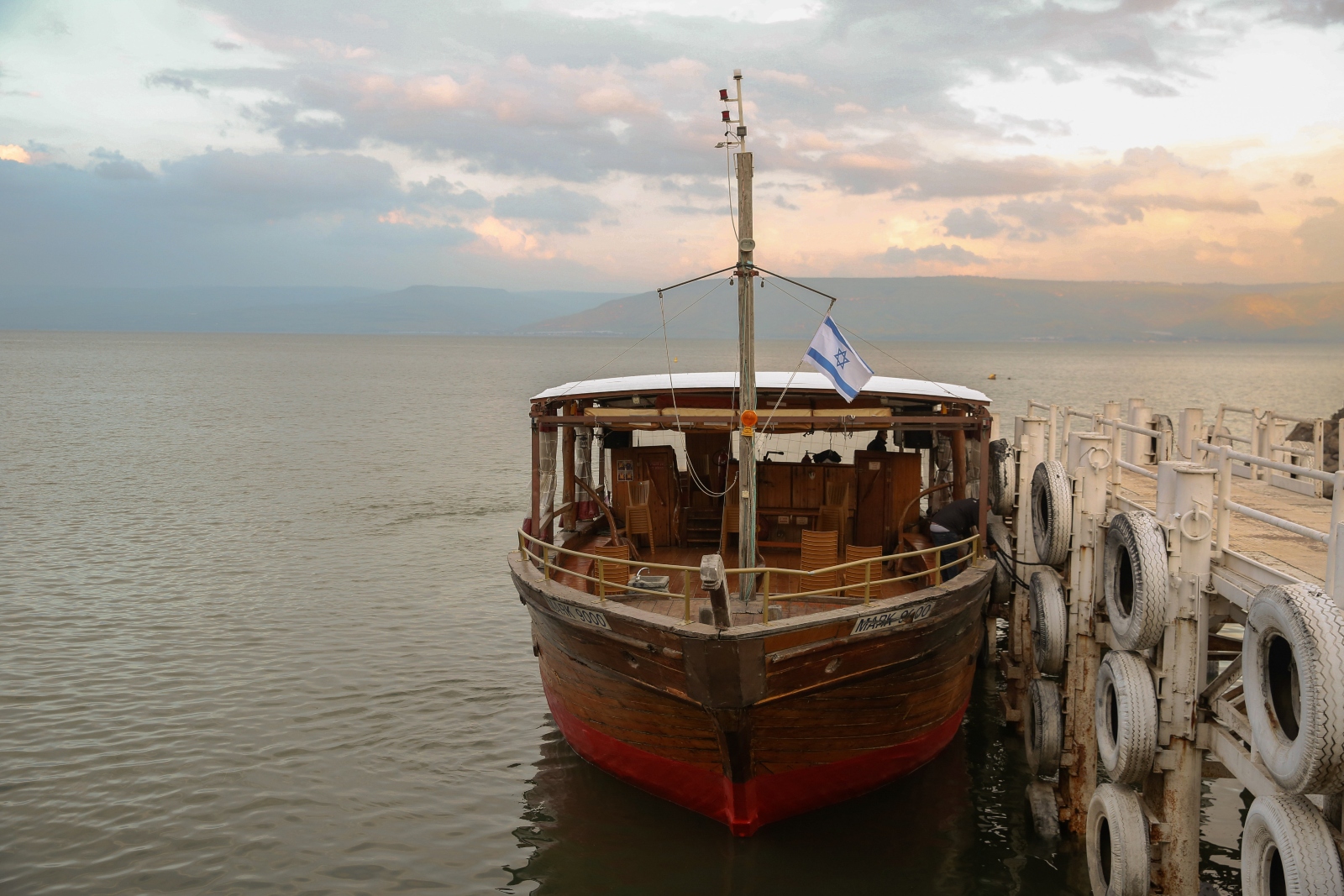 View of the Kinneret (Sea of Galilee) in the city of Tiberias. Photo by David Cohen/FLASH90 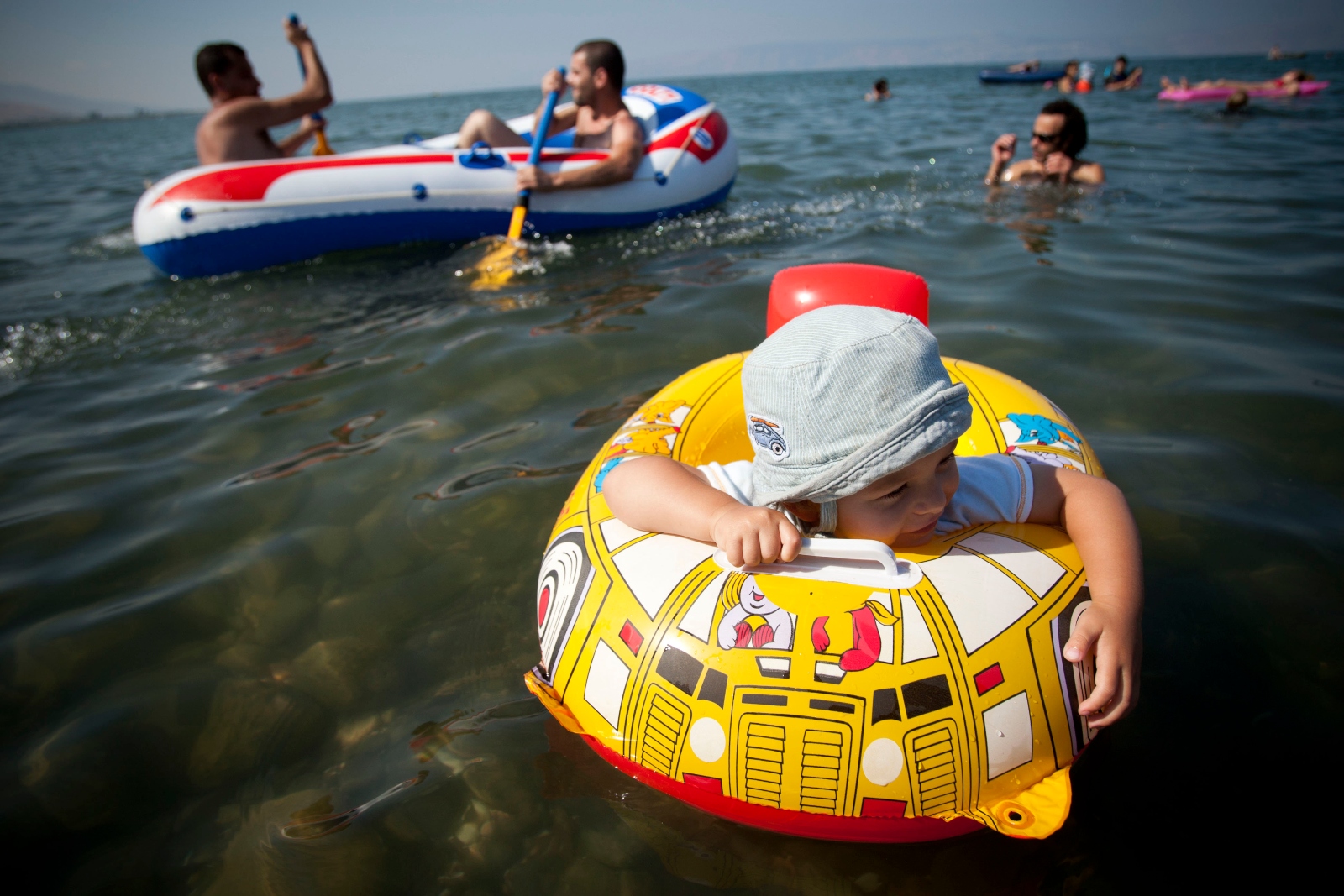 A baby enjoying a float in Lake Kinneret (Sea of Galilee). Photo by Yonatan Sindel/FLASH90 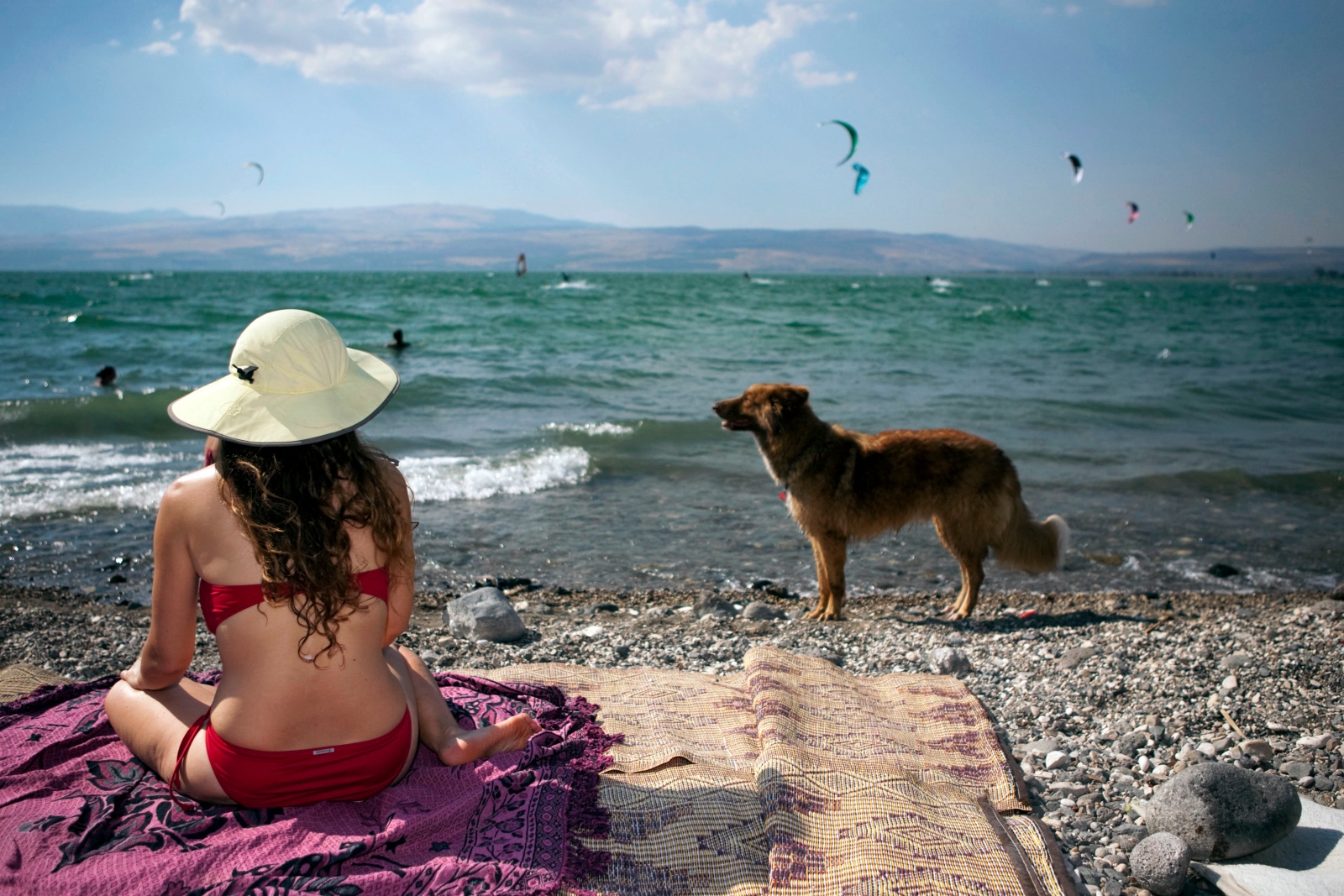 Relaxing on the beach at the Kinneret (Sea of Galilee) in Israel. Photo by Matanya Tausig/FLASH90 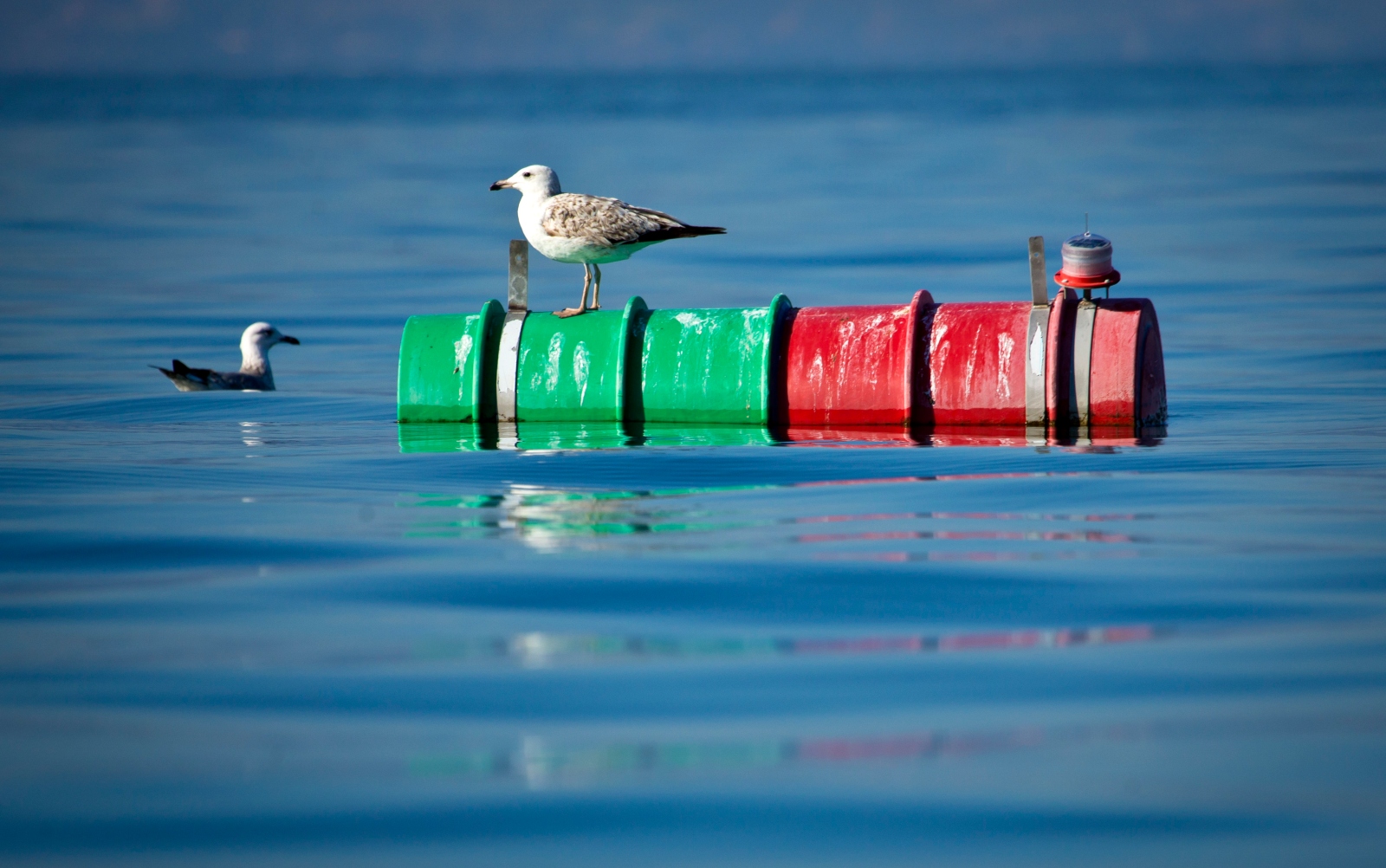 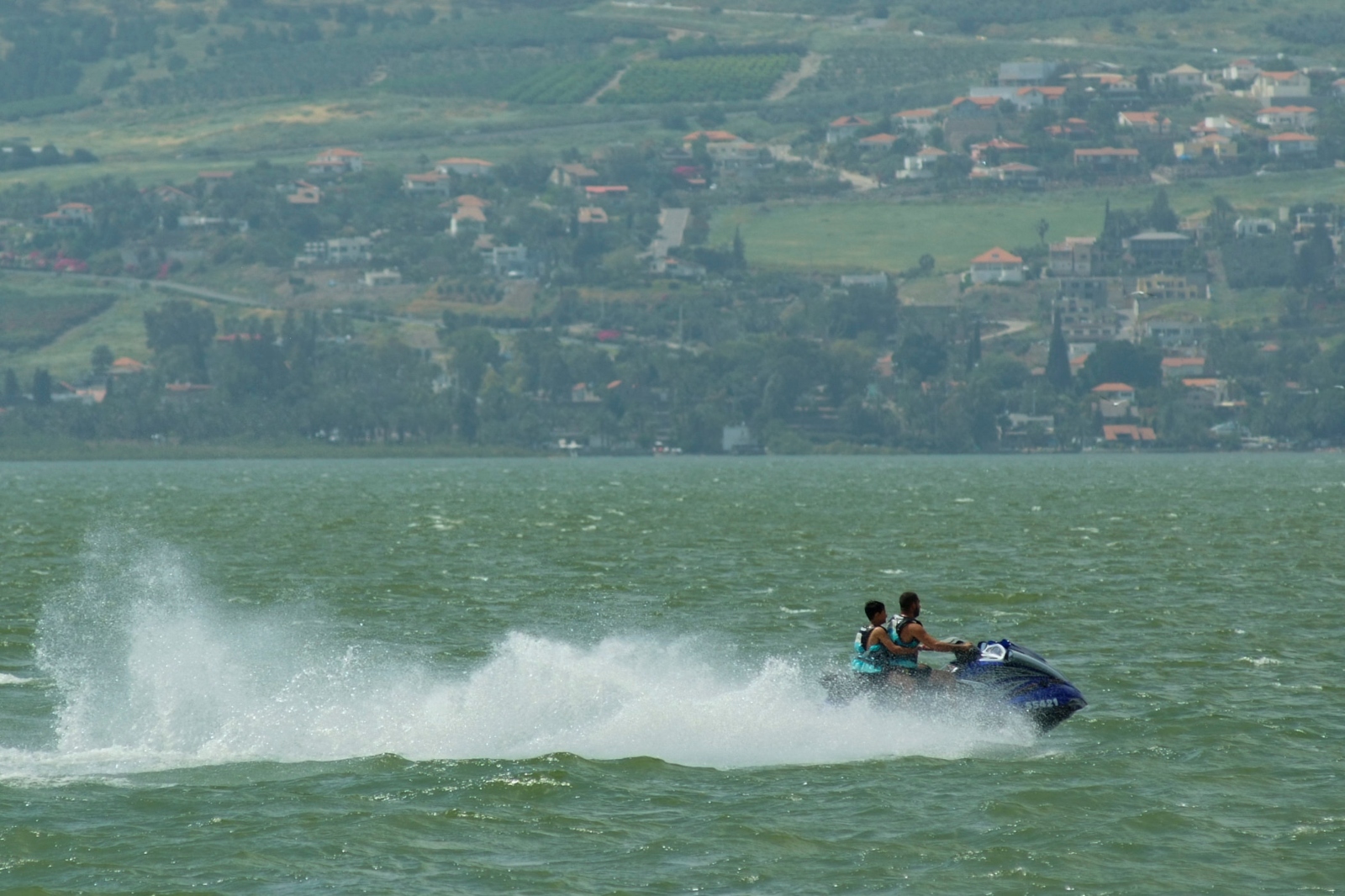 Jet-skiers on the Kinneret (Sea of Galilee. Photo by Mendy Hechtman/FLASH90

Although the Sea of Galilee is also Israel’s largest freshwater reservoir, these days the level is quite low, and it must be supplemented by Mediterranean desalination plants. 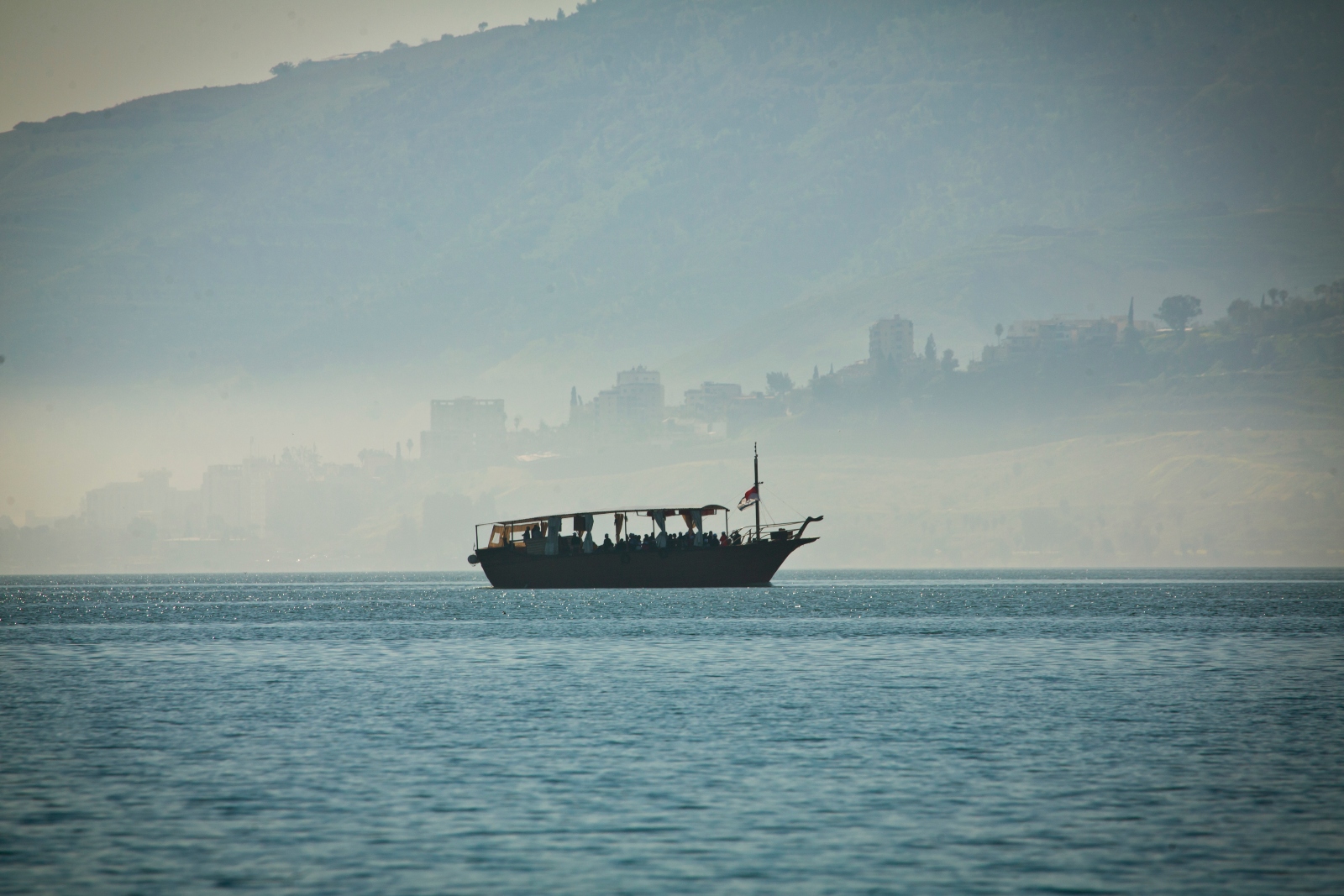 The northern part of Lake Kinneret (Sea of Galilee) near the Golan Heights. Photo by Moshe Shai/FLASH90

The cool Kinneret waters are surrounded by both sandy and rocky beaches, and many historic, natural, archeological, recreational and religious attractions that bring in visitors from all over the world. 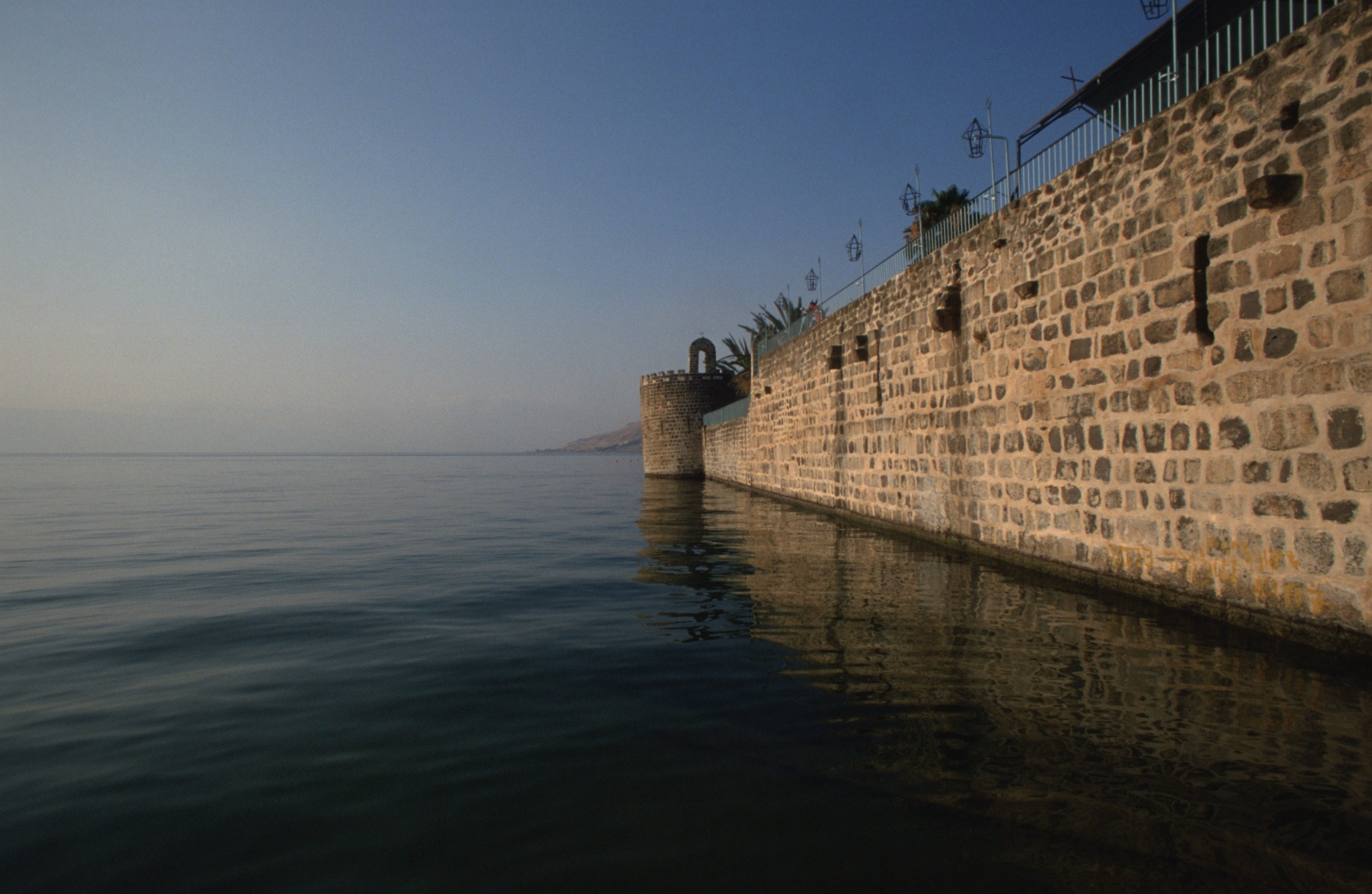 A view of a port by the Kinneret (Sea of Galilee). Photo by Doron Horowitz/FLASH90
UNCOVER ISRAEL - Get the ISRAEL21c
Weekly Edition free by email
Sign Up Now!
Give
Every
Month
Help ISRAEL21c uncover
the Israel we love