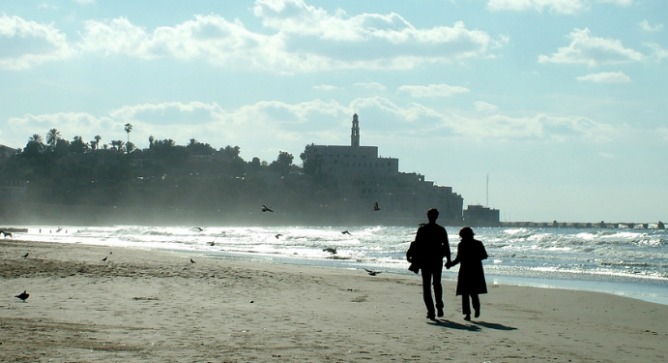 Middle Eastern smells, the frenetic mix of old and new, Levantine culture flavored with Europe: The city of Jaffa is linked directly to Tel Aviv by a common municipal government, but the ancient port city is worlds away from the modern metropolis of Tel Aviv.

The oldest seaport in the world — the “Bride of the Sea,” as it was once called — Jaffa is home to a vibrant multiethnic community of Muslims, Christians and Jews. It was once conquered by Napoleon, and more recently visited by celebrities such as Natalie Portman and Claire Danes.

A former shipping and pilgrimage hub for the faithful heading to Jerusalem, Jaffa today retains remnants of old shops and houses of worship peppered throughout the gritty city. Take it from a Jaffa resident: You don’t have to dig around for long to find out what makes the city so much fun –– and a not-to-be-missed stop for any tourist in Israel. 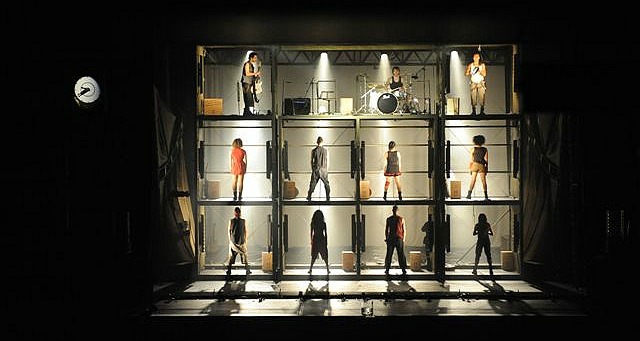 Mayumana at its home base in Jaffa.

Combining rhythm, humor, visual effects and Israeli chutzpah, Mayumana offers a uniquely Israeli dance and theater experience. It’s easy to stomp on over to see a Mayumana show at its home base wedged between Jaffa’s Old City and Old Port, as long as tickets are booked ahead. Founded in 1996, the troupe has expanded to include international performers who join the Israeli core on tours around the world – so far, playing to five million fans in 70 cities. But there’s nothing like seeing the artists perform at home, in Jaffa.

2. The Old City for art and culture 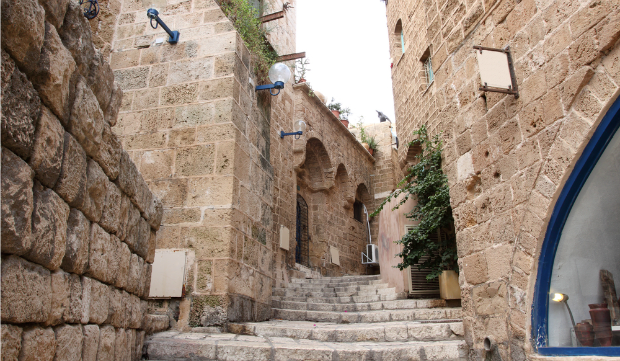 Wandering the streets of Jaffa’s Old City reveals many surprises. Photo by www.shutterstock.com* 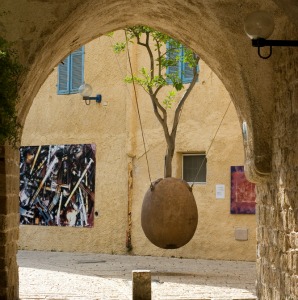 Decades ago, Israeli artists were awarded studios and residences in the small cobbled streets of Jaffa’s Old City. A newer generation has moved in to join some of the old-timers in the domed dwellings, where they sell locally made crafts and ceramics, fair-trade items and high-end design wares. Walkable within a couple of hours or less, there are lots of little surprises waiting to be found in the nooks and crannies of Jaffa’s Old City — underground churches and mosques whose steeples and crescents point out of the stone, passageways conquered by Napoleon, archeological ruins and “Oranger Suspendu,” the famous hanging orange tree sculpture by environmental artist Ran Morin.

3. The best hummus in Israel

It may be a hot debate, but Jaffa residents swear that the best hummus in Israel, probably the world, is that made by the sons and grandsons of the late Abu Hassan. You’ll find three Abu Hassan restaurants in Jaffa, two of which are more like “gas stations” for refueling bellies. A third restaurant sells meat, but the staple meal — the Arabic version of America’s morning porridge — is masabaha ma’a ful, Arabic for the tehina and hummus dish topped with a bit of cooked, mashed fava beans. With a basket of fresh pita bread for dipping, lemon and hot pepper sauce for spicing, and a cold non-alcoholic malt beer for sipping, you’ll look like a local and feel like one, too. 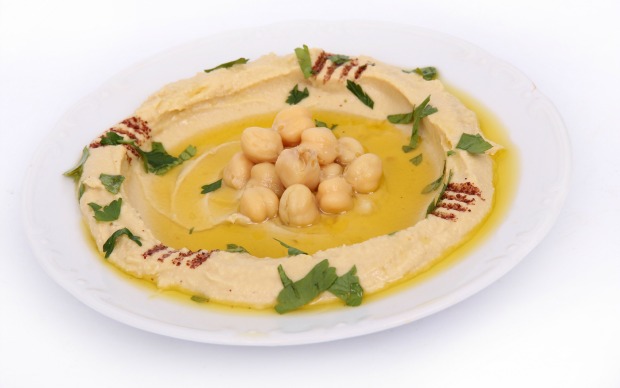 The best hummus in Israel? Photo by www.shutterstock.com*

Partner venues Nalaga’at Theater and BlackOut restaurant offer a back-to-back dining and entertainment experience you won’t find anywhere else. The Nalaga’at troupe includes deaf, blind, and in some cases mentally disabled actors who open the world’s eyes to the problems, joys and simple pleasures that we all share as human beings. A dinner in the dark at BlackOut restaurant, served by blind waiters, can be reserved in advance for before or after the show. A cocktail between dinner and a show can be ordered at the bar, manned by a staff of deaf bartenders. 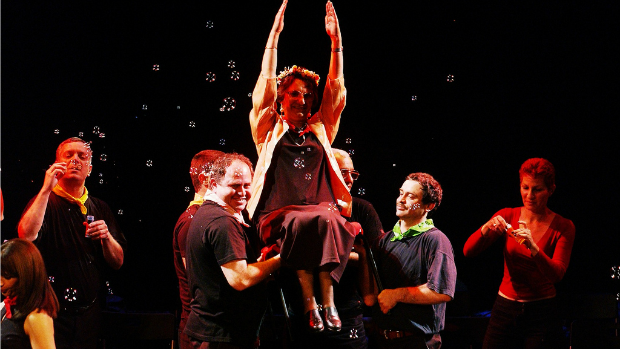 Five years ago, the Old Port of Jaffa was a decrepit hangout for sailors, fisherman, lone artists and the homeless. After major renovations of its old warehouse buildings, the port is teeming with life and culture, from galleries, organic coffee cafés and bookstores, to some of the hippest nightclubs in the Middle East. The fishermen still tend to their nets and boats by day, and the older salty dogs still offer fish dinner-disco cruises that sail well into the night. Spot the old rock of Andromeda when you’re out at sea, or book kayaking lessons at one of the shops along the port. 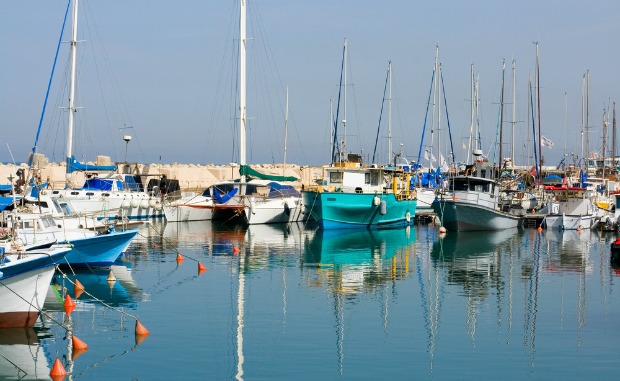 The port at Jaffa. Photo by www.shutterstock.com*

A visit to Jaffa would not be complete without touring the city’s up-and-coming SoHo, the Shuk Ha’Pishpishim. The old market is a clash between the old and the new, a place where you can find Israeli antiques from the 1960s, second-hand and new cheap Middle East cotton clothes, Persian carpets mixed up with Italian restaurants, African design shops, shakshuka, Evil Eye amulets and mid-range Israeli fashion designs all being bought by some of the country’s most rich and famous in disguise. Watch them wearing flip-flops and big sunglasses as they look for treasures. The market is home to one of the country’s best hostels, the Old Jaffa Hostel, where you can sleep in the middle of the chaos in an authentic setting (it gets quiet at night).

7. Eat your way through Jaffa

Like Paris, Jaffa’s best side is all about food: old-school street fare like hummus, shwarma, shakshuka, kebab or falafel; great fish restaurants; traditional Arabic cooking; Tunisian bistros; Romanian meat restaurants; European cafés; and fine dining. To the south of the Old City, within walking distance, are some narrow passageways that lead to high-end restaurants like Cordelia. For a cocktail, swing over to the Jaffa Bar, owned by the famous chef Nir Zook, or head to the Wine Bar located in an underground cellar. And to satisfy the late-night munchies, grab a white flour pastry — in all its glory and calories — from the famous Arab bakery Abouelafia and Sons. 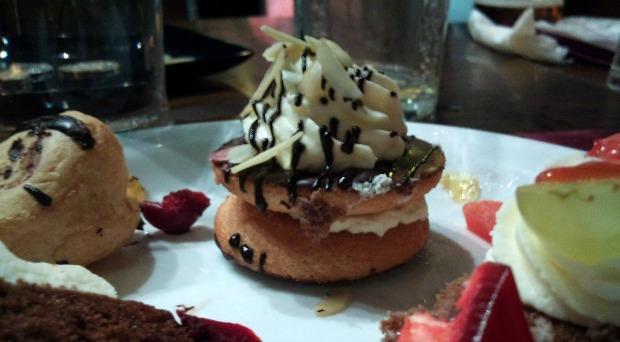 8. The promenade park on top of landfill

A decade ago, the seaside promenade of Jaffa was nothing more than a wild collection of waste that included mangled iron bars encased in cement. Stray dogs roamed its shores, locals used the expanse to herd goats –– and at one point the US Army set up a base there, leaving barbed wire behind. With pressure from environmentalists to keep the seashore out of the hands of private developers, a public promenade walk was developed. This new green space framed by the sea includes a sandy beach, picnic areas and outdoor workout equipment. You can find the diversity of Jaffa sitting side-by-side: groups of traditional Arab women with their children, or young Jaffa designer types riding a rented Tel-O-Fun bike along the wide boardwalk, which stretches all the way to the northern end of Tel Aviv.

Jaffa is the address for several influential centers that aim to strike a balance and ease the tensions between the conflicting religions and races in Israel. For instance, the Peres Center for Peace, located on the seashore, offers a headquarters for multicultural activities from art to sports to dialogue. The Arab Jewish Community Center is a local initiative to bring Jaffa residents together to share diverse food, music, dance and education traditions. 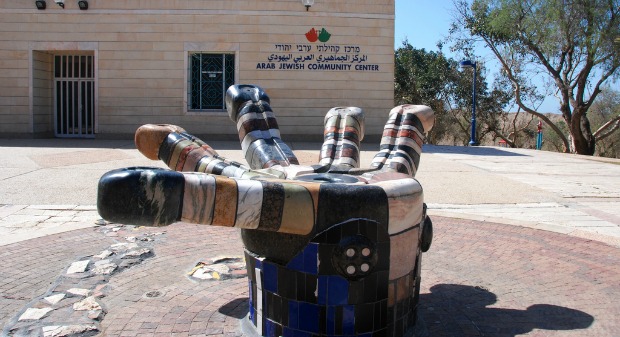 After decades of neglect, Ha’Tachana, or The Station, is now open once again. More than 100 years ago, this historic rail line linked ancient Jaffa and Jerusalem. A few years ago the Tel Aviv-Jaffa municipality launched a restoration project turning the forgotten and gated station into an upscale center for culture, shopping and dining. While a few big chain shops have moved into some of the old-new buildings, you’ll find young Israeli fashion and design, along with interesting repasts from traditional Israeli food to Mediterranean Italian. Like the Old City in Jaffa, which includes the best vantage point from which to see Tel Aviv, plenty of newlyweds can be seen walking the old rails at The Station as photographers snap away as though they are paparazzi.

Wandering the streets of Jaffa’s Old City reveals many surprises. Photo by www.shutterstock.com

The best hummus in Israel? Photo by www.shutterstock.com

The port at Jaffa. Photo by www.shutterstock.com