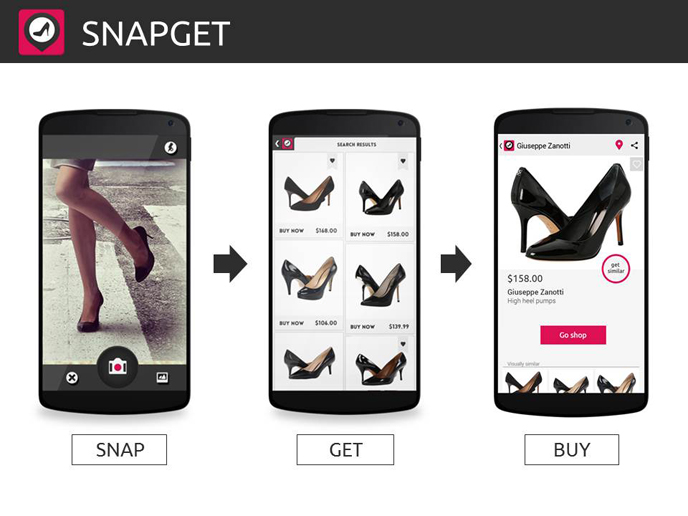 If the $4,595 Jimmy Choo Cinderella slipper – recently added to shoe boutiques to coincide with the real-life Disney version of the classic fairy tale — was out of your budget, a new Israeli app will soon help you find your own magical footwear without breaking the bank.

In fact, Prince Charming probably could have shortened his search if he had SnapGet, the Android and iOS mobile application that shows you where to buy the exact or similar shoe you’re looking for.

For retailers, who will pay SnapGet a percentage of their revenues, it’s a chance to display their inventories on another platform. For users, the free app will enhance their shopping experience.

“The problem is that there’s no way of converting what you see and what you like to what you can get. And with SnapGet, we can do that,” co-founder and CEO Danny Shir tells ISRAEL21c.

Snap a photo of a shoe you like with your smartphone, add it to the SnapGet app, and the Israeli technology will tell you where to get it (as well as similar products like it) or let you purchase it through the app. Or, choose an image from Facebook, Instagram, Pinterest, Tumblr, WeHeartIt, news media, photo gallery or e-magazine, upload to the mobile application inventory and within minutes you’ll know where to go to make your feet happier.

“When a user uploads a photo from anywhere — whether Facebook or CNN, it doesn’t matter — we’ll match the analysis we’ve done on the inventory of merchandise,” says Shir, noting the app has more than 50,000 shoe styles in its database and affiliate relationships with 18,000 merchants.

“It’s a huge market, and all the retailers we’ve spoken to are super excited to utilize and optimize their ecommerce and web platforms,” says Shir. “When you look at users and consumers, they’re also super eager.” 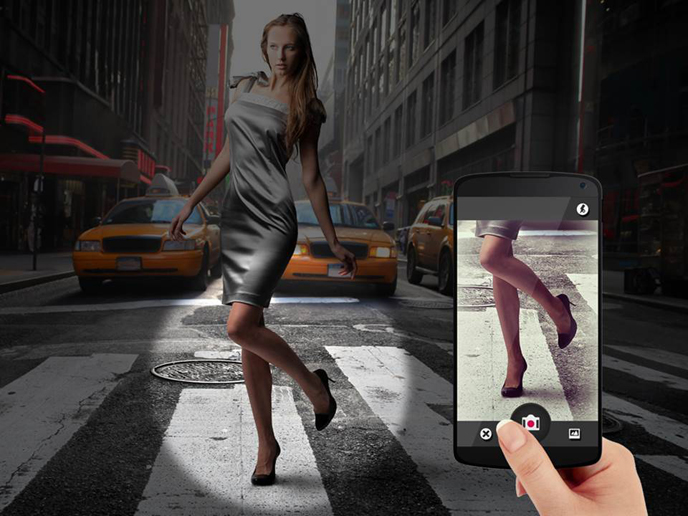 SnapGet will present buyers with something visually similar and available right now.

Technology in blue and white

Israeli technology startups can be found disrupting online fashion markets from the virtual changing room to personal styling and beyond.

“Israelis are very creative people, and so is fashion. I think it is the perfect combination between the ‘serious’ techie part of entrepreneurship and the fun/creative/light part of it,” Yael Kochman, organizer of the Fash & Tech Meetup group in Israel, told ISRAEL21c in a 2014 article on the fashion-technology marketplace.

Visual search engines abound online, and apps promising to find you exactly what you’re looking for with just a picture to go by are just as plentiful. Examples include Awear, another Israeli mobile app that uses microchips to help shoppers locate and identify items of clothing seen on someone else; wheretoget, a fashion community out of France that enables users to share, find and purchase outfits as seen online; and Singapore’s Snap Fashion discovery engine for style.

But Shir and tech experts Beni Gazala and Alex Azarh believe their app is unique. 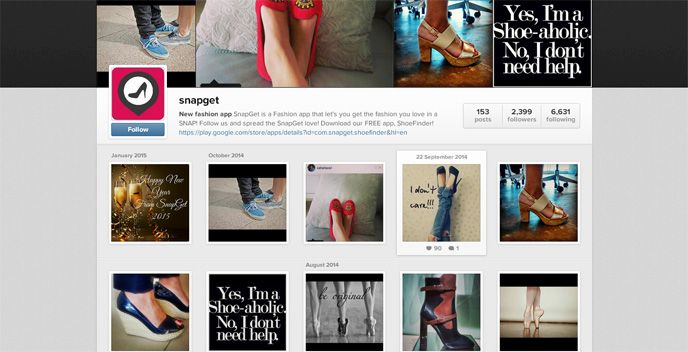 “The technology bar is extremely high here. It’s not easy to just come in as a copycat,” says Shir, adding that the proprietary technology is a mixture of visual search and artificial intelligence.

“People have been in this space for a while and have not been able to do it well. That’s what we saw when we spoke with the retailers. You need to invest a significant amount of time in R&D to meet requirements for easy use and quality of results.”

SnapGet, founded in 2013, is still in stealth mode and being tested on focus groups in the US and Israel. The company has found that purchases increased by 40 percent when people clicked the “similar shoes in a specific price range” button, according to GeekTime.

The app could be expanded to other clothing items, says Shir, who has a background in finance and was the founder of a former image-sharing micro social network startup.

The original idea for SnapGet came from Azarh’s wife, who now famously spent a date night with her husband wondering aloud if she should ask a woman at a table nearby where she got her shoes. After finally doing so, she was a bit disappointed to find the coveted pair was from Italy.

“When you see something that someone else is wearing, there’s very little likelihood that it is available and you can get it,” says Shir. “We accumulate clothing in our wardrobes over time. The beauty of SnapGet is that we will present you with something that is visually similar to what you want and is available right now.”

And with a staggering 1.8 billion images uploaded every day to Facebook, Instagram, Flickr, Snapchat and WhatsApp, the chance of finding a similar shoe is pretty much guaranteed.

“You can’t always describe in words what you see and that’s why the saying ‘a picture is worth a thousand words’ is so true and that’s why SnapGet — and visual search — is so important,” says Shir.

Whether it’s Lily James’ Cinderella slippers you’re after, Hollywood-style footwear from The Bling Ring, The Hunger Games or The Other Woman, or even just a pair of cool sneakers worn by the stranger at the table beside you, snap a photo, upload it and SnapGet will get it for you. Or, at the very least, shoes just like it.