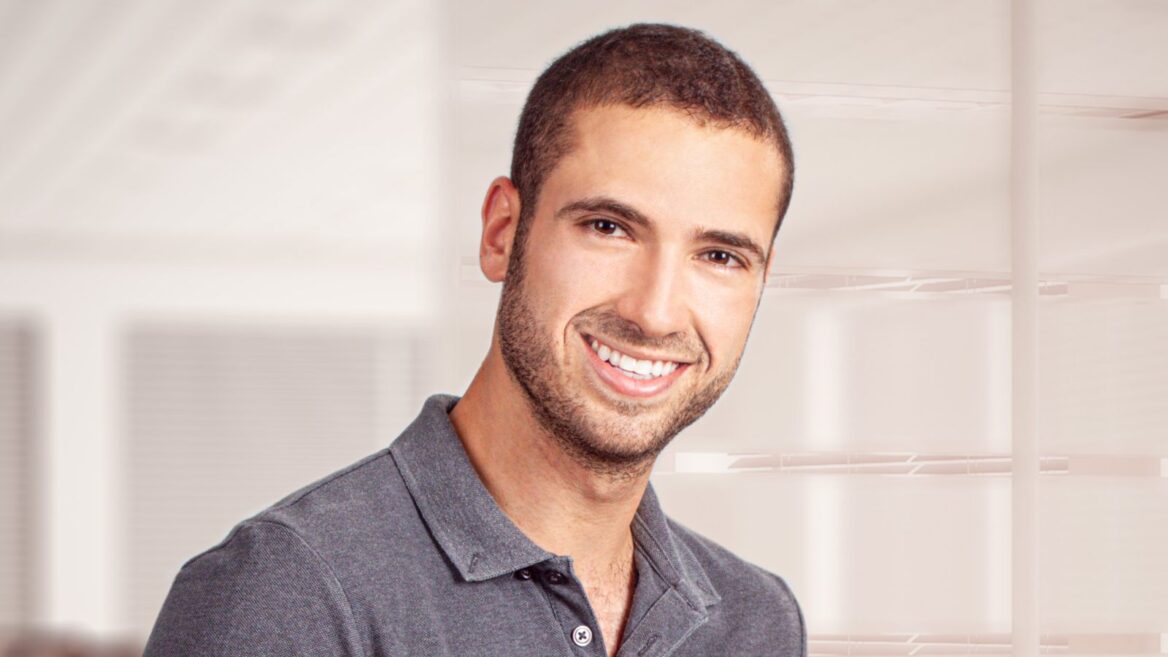 In pre-Covid times, Michael Matias used to hop in an Uber and make his way round Palo Alto to grab coffee with thought leaders who intrigued him. When the global pandemic made that impossible, he moved the conversations to Zoom.

“When I started doing these Zoom video calls with these incredible entrepreneurs that previously I would meet in person I realized that I can just be hitting ‘record’ on the Zoom call and sharing it with my friends,” he says.

“Now, if we meet for coffee one-on-one it’s pretty awkward to bring a large video camera and start recording the conversation, but then all of a sudden when it’s just with a click of a button over Zoom it feels much more natural.”

These virtual meetings resulted in 20 Minute Leaders, a series of 250 episodes available on Facebook and Spotify featuring Matias engaging in conversation with thought leaders across industries – high-tech, venture capital, politics, even Broadway – to hear about their life stories and what makes them passionate about what they do. 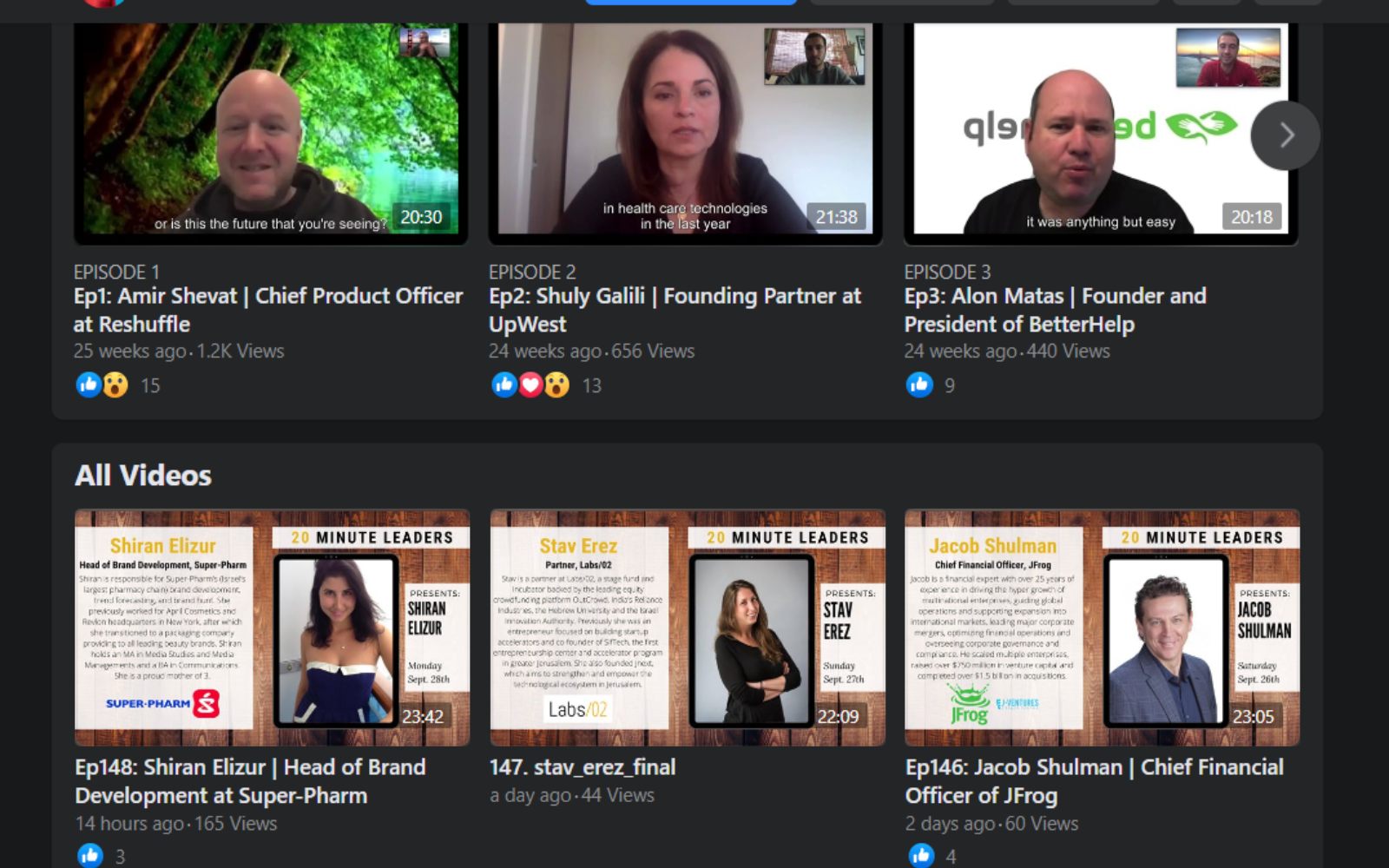 A 24-year-old student and entrepreneur working in venture capital, Matias served in the IDF’s famed intelligence Unit 8200 for five years before enrolling at Stanford University, where he resided until the coronavirus struck and led him to return to Tel Aviv for the foreseeable future.

“I came to Palo Alto with this curiosity, both to continue studying artificial intelligence at Stanford, but at the same time to really meet the extraordinary people who walk the streets and walk the campus and can share with me their insights as to what motivated them to do what they did,” he explains.

What is your journey?

“It’s less, ‘Talk to me about your business model and how you got, you know, to a public company that impacted.’ It’s more about the journey — how did you grow up, what were your passions, what did you study, what were your fears and greatest failures?”

What started out as a fun, personal project back in April 2020 has grown over the past few months, reaching growing audiences. Matias has also recently published a book, Age is Only an Int: Lessons I Learned as a Young Entrepreneur, for which some of the thought leaders he previously interviewed shared their tips for young entrepreneurs — continuing, in Matias’ words, the journey that he began with them.

Matias stresses that he strives for gender and ethnic diversity in choosing his interview subjects.

“I think that the statistics today are horrendous, that over 90 percent of executives in Silicon Valley are white male, and that’s definitely not the statistics that’s been portrayed within the show, which for me is something that I’m very passionate about for many years now.”

He is also passionate about introducing his audiences to Israeli thought leaders. Some of the most recent ones are women: Shiran Elizur, head of brand development at Super-Pharm; Noa Gastfreund, managing director at Hybrid Accelerator; and Cecile Blilious, head of impact and sustainability at Pitango Venture Capital.

Ep144: Dana Look Arimoto | Founder and CEO of Phoenix⁵???????????? ????????????????: She has 4 rescue dogs that have 15 legs between them and only 3 of them can hear.????????????: Dana Look-Arimoto is the Founder and CEO of Phoenix⁵, a leadership and executive coaching company that helps corporations and leaders transform at an accelerated rate. She is a 2018 SIA Global Power 150 for Women in Staffing, coach, international speaker, author of Stop Settling, Settle Smart, and the host of the “Settle Smarter” podcast. Dana is using her knowledge from leading teams and companies for two decades in the staffing industry to evangelize her new mindset, method, and movement to redefine work-life balance.

“I’ve been noticing is that a lot of the viewers and followers are students from Stanford, from New York, from the VC industry in Palo Alto, and a lot of them are now getting exposed to all sorts of Israeli entrepreneurship and tech that otherwise they might have not been able to see,” he says.

Whatever their backgrounds, Matias says that all his thought leaders share two main qualities.

“I ask the same question at the end of every interview, which is ‘What are three words that you would use to describe yourself?’” he says. “And by far, out of the 250 episodes, two of the words that come up always are passionate and curious.”

The commonality is that all these leaders “have had extraordinary nonlinear career paths that took them to all sorts of weird directions. They all ended up making an impact on millions of people,” says Matias.

“I’ll borrow a word from the managing director of the VC firm that I work for – they’re all a mensch,” he adds. “They are just good people, not necessarily looking for the money or the publicity. They’re looking to make a positive impact, and in the episodes it really resonates because they’re really talking from their heart. They’re not talking about their startup or their business, they’re talking about what made them passionate about what they do.”

What have these leaders taught him?

“That by following our passion and curiosity, we might not be as rich as we hoped to be, or we might not do the things we thought we would be doing,” he concludes. “But they’re so satisfied – like, I’m talking to them and I’m seeing this satisfaction in their eyes. We’re talking about the things that they’ve done and the impact that they’re having today and they’re just happy.

“I want to reach a point where I can talk about the things that I’m doing and have the satisfaction and contentment that they have.”

Watch 20 Minute Leaders on Facebook here or on Spotify here.