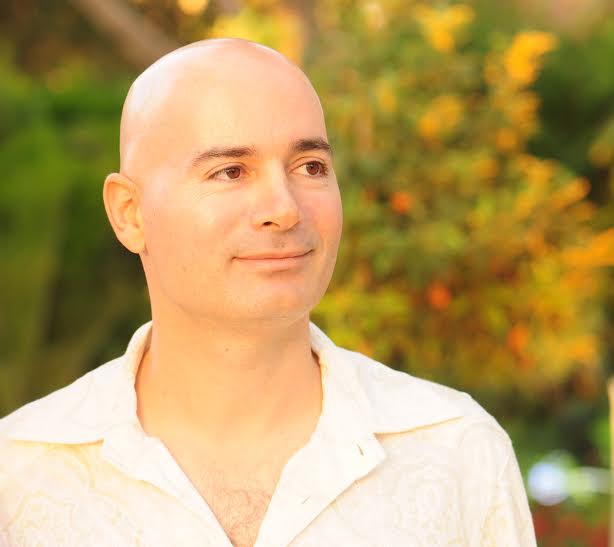 Thanks to Israeli TV news programs and the classes he gives in the United States, Yohai Israeli is gaining celebrity. But it’s not his name that he hopes to put in lights; rather it’s his unique approach to healing and personal development, The Gate (HaShaar, in Hebrew), that he prefers to put front and center.

“I don’t want to be a guru. I just want as many people as possible to use it on themselves, and if someone wants to be a practitioner, that’s great,” Israeli tells ISRAEL21c. “I will do anything I need to in order to bring this method to the world.”

In a world where many people are seeking alternative approaches to physical and emotional healing, he is one of a few Israelis gaining international followers for their unique methodologies.

‘We are all alike’

Yohai Israeli’s method aims to root out causes of distress symptoms and subconscious blocks to fulfill a desired reality, without identifying them or talking about them.

He says the sessions bring out “the automatic feeling-thinking-response patterns that do not serve us, and while the patterns are active, systematic work is done to make their roots disappear. A constant and accurate body-mind feedback guides us until the process is complete.”

During a session, “every relevant force from the subconscious will surface, and then we systematically weaken those forces and eliminate them, and create new forces and patterns to support the process,” Israeli says.

‘A variety of meaningful thoughts, feelings, sensations, sights and insights will be experienced. It brings you to a state where you’re centered and have more life energy, connecting you to your creativity and giving you peace of mind.”

The method is the same whether addressing anxiety or subconscious blockages surrounding infertility, starting a new business, marital difficulties or anything else. Sometimes one session is enough, while some clients require a few sessions to “stop reacting and start acting,” as Israeli puts it.

The Gate draws on his studies and experiences over the course of 18 years. “I was lucky to be at a meeting place of several worlds that usually don’t meet — Mexican shamanism, Indian meditation, Western psychology and martial arts,” says Israeli, 44, who holds a master’s degree in organizational behavior sciences from Tel Aviv University.

“I’ve treated Christians, Muslims, Jews and even a Buddhist, I’m pretty sure, but I don’t ask anybody their religion. We are all alike no matter how different our opinions.”

Kibbutz Ruhama in the Negev, where Israeli was born in 1969, is now well-known for the annual Red South Festival showcasing its anemone fields. As a secular kibbutz, Ruhama instilled an appreciation of hard work and skepticism of spirituality. “My family is very mathematical and I’m also a logical guy. I like to question and see for myself before I believe.”

But young Yohai, who voraciously read science fiction in the kibbutz library, was fascinated by the human mind.

“I was called ‘the psychologist’ when I was a kid because people interested me and I would try to help them,” he says. After high school he began meditating. At 24, he started studying spirituality and “hidden modalities” with a mentor, and in university he found his niche in social psychology.

“When I was 26, after several years of meditating two to four hours a day, I was sitting one day gazing at the aura of a plant and something happened that changed my life,” says Israeli.

“All my life was flashing before my eyes and I saw a connection between each event and how they brought me to the point of now. Then everything disappeared and I felt surrounded with infinite love. I knew I was not my body or my thoughts or possessions, and I was completely serene.”

“What happened there brought me to the understanding that there is too much fear in the world and there is nothing to be afraid of,” he continues. “Living like this is amazing and I wanted to tell this to others but I didn’t know how.”

He started developing The Gate when he was 37, along the way earning his master’s degree and learning a bit of kabala, reiki and shamanism to help his clients.

“I almost gave it up because it was too complex,” he recalls. “And then on Dec. 24, 2010, everything came together. It was a quarter to nine on a Friday and I had an ‘aha’ moment. All my clients that day received The Gate and it’s kept on evolving ever since but the core is the same and it’s simple to use.”

The name comes from his belief that the body is the gate to spiritual evolution, and that the physical and emotional system provides constant biofeedback one can be trained to recognize. “So many people in Western society are detached from their emotions,” he says, “so the first thing is to connect to your body and feelings.

“Then you reach a point I call ‘the opening,’ where a gate opens and you feel you’re floating out of your body. Some describe it as being in outer space or being touched by angels. There’s a tremendous flow of energy and you feel blissful. This is a crucial part of the healing process.”

Israeli is married to a marketing manager he met eight years ago at a workshop on shamanism. She is also a practitioner of modalities including The Gate. Israeli only agreed to give facilitator training in the New York area, upon request, when their daughter turned three earlier this year. He is planning his third American trip in October.