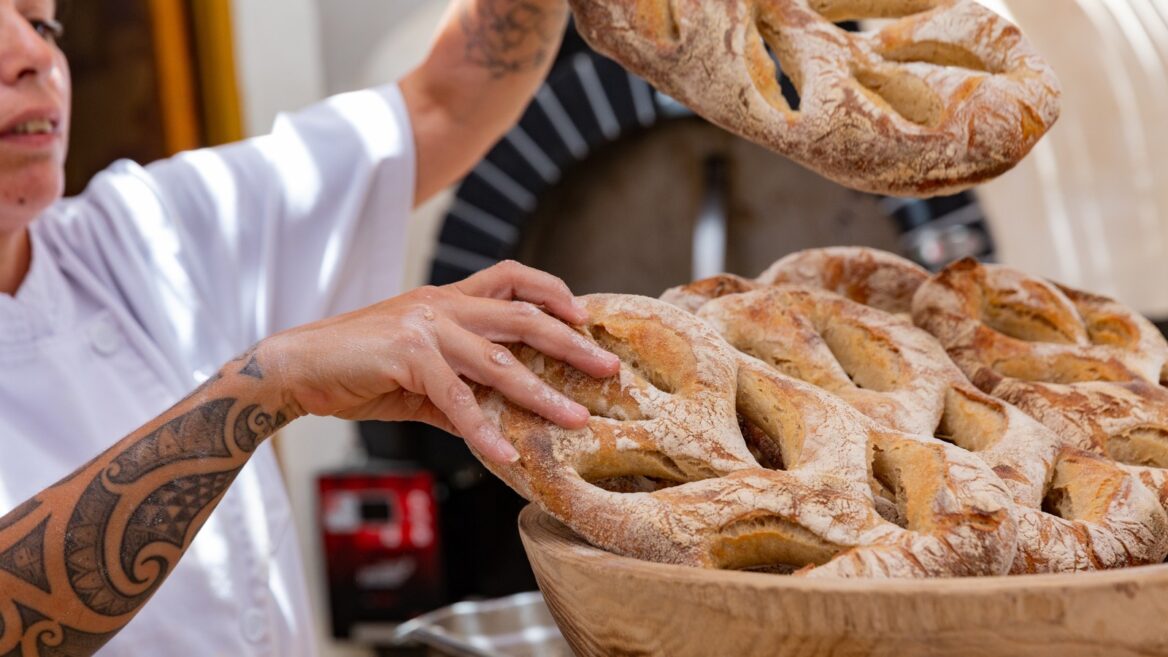 If the restaurant industry is a rollercoaster ride of ups and downs, especially during these wild unpredictable times, then it’s not Rama Ben Zvi’s first ride.

She’s been burned before, and not just metaphorically speaking. Her beloved Rama’s Kitchen, a beacon of light beaming out from the Judean Hills just north of Jerusalem in the town of Nataf, went up in flames nearly three and a half years ago due to an arsonist forest fire.

Amazingly, the restaurant bounced back in April 2019, albeit understandably with a few scars and some emotional and financial wounds. Still, customers bragged that Rama’s restaurant was better than ever, in both the look and the menu.

These few short years after the fire, the tango that is owning a restaurant in the time of corona feels eerily similar for Rama. Her restaurant, like others in the same predicament, is trying to recover losses and navigate a bureaucratic maze of forms. 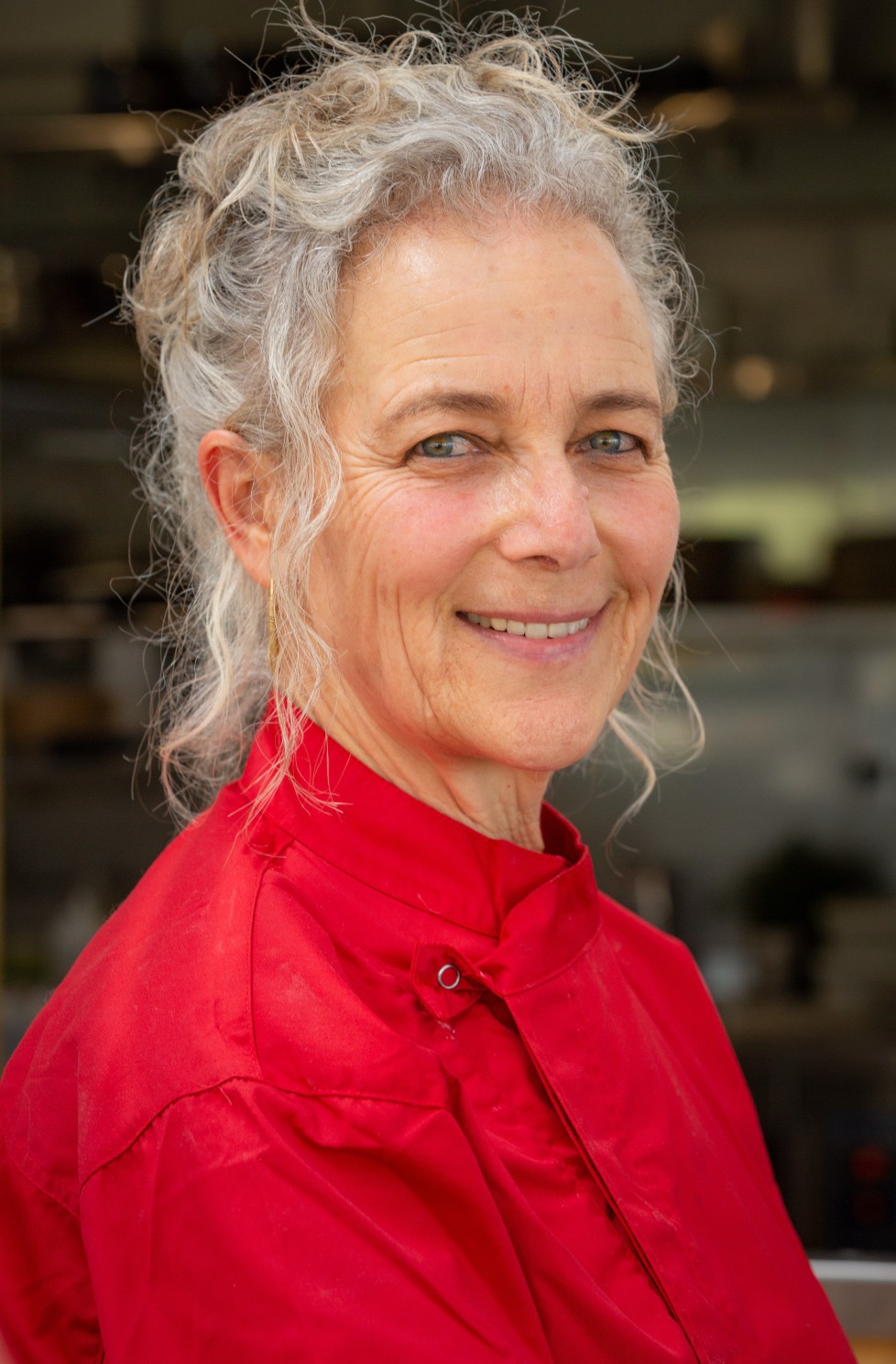 But she surges ahead as best she can. The restaurant’s specialty has always been creating a full sensory experience of the Jerusalem hills.

Rama’s Kitchen is farm-to-table in a very real sense. A slated sunroof and floor-to-ceiling windows on all sides of the restaurant provide a chance to marvel at the surrounding hills while tucking into fine dining that basks in a rustic charm. 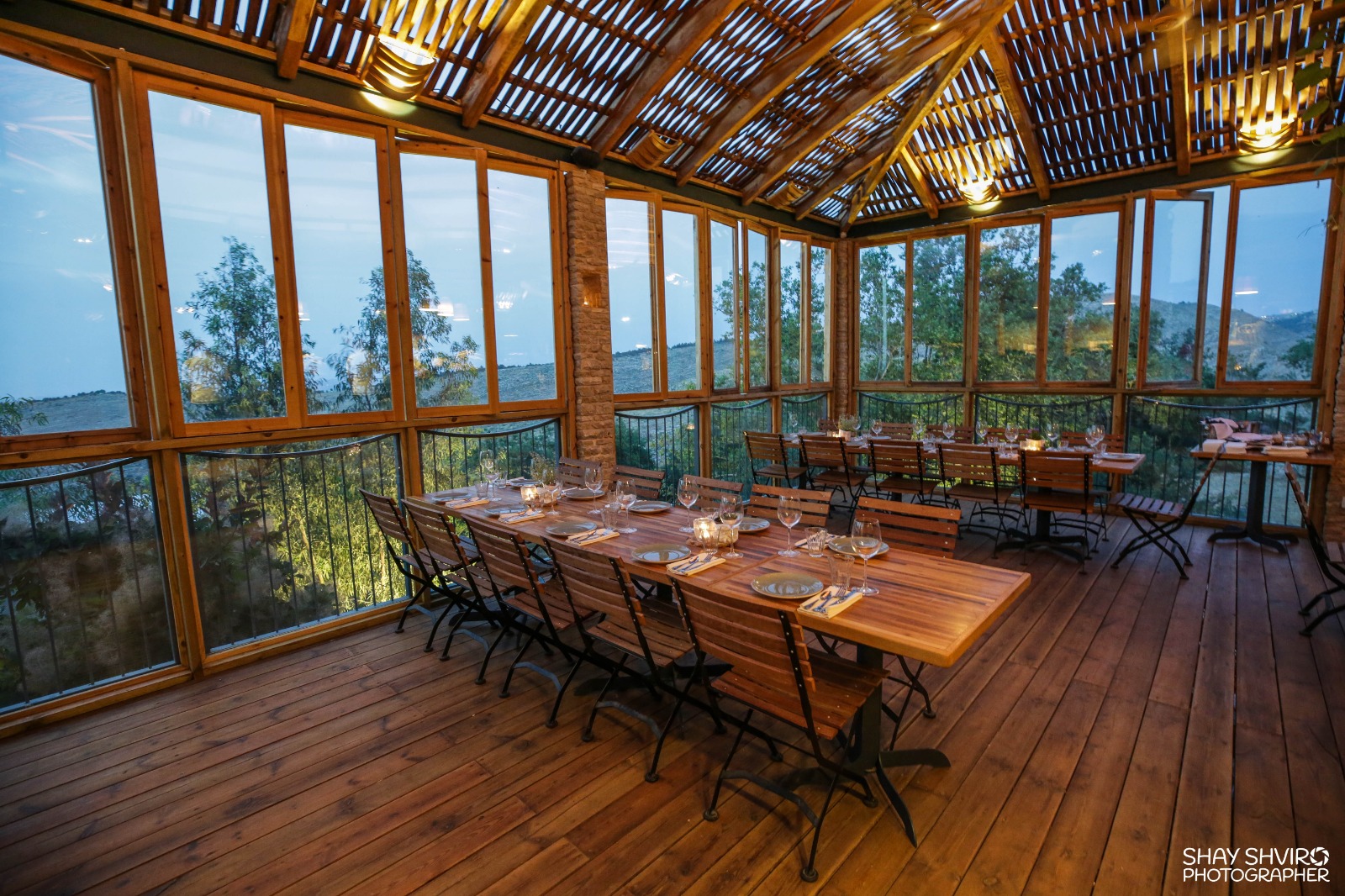 Rama tells me that it really is too bad the initial lockdown period happened to occur during such a lush time of the year.

“It was the spring after a very rainy year. We’re on the edge of a nature reserve and we took a lot of photos of the nature and posted them to Facebook to include people in our joy for the wildly blooming landscape.”

Feeling like the whole world was “on hold,” Rama took to her gardens in her newfound free time, something she says brings her a lot of joy and satisfaction. During the two and half months she took care of her plants, picking the apricots from the fruit trees and transforming them into fruit sorbet and chutney.

Later on, when restrictions loosened, she made picnic baskets for travelers taking advantage of the tail end of the cooler weather to finally get out for a walk in the hills. 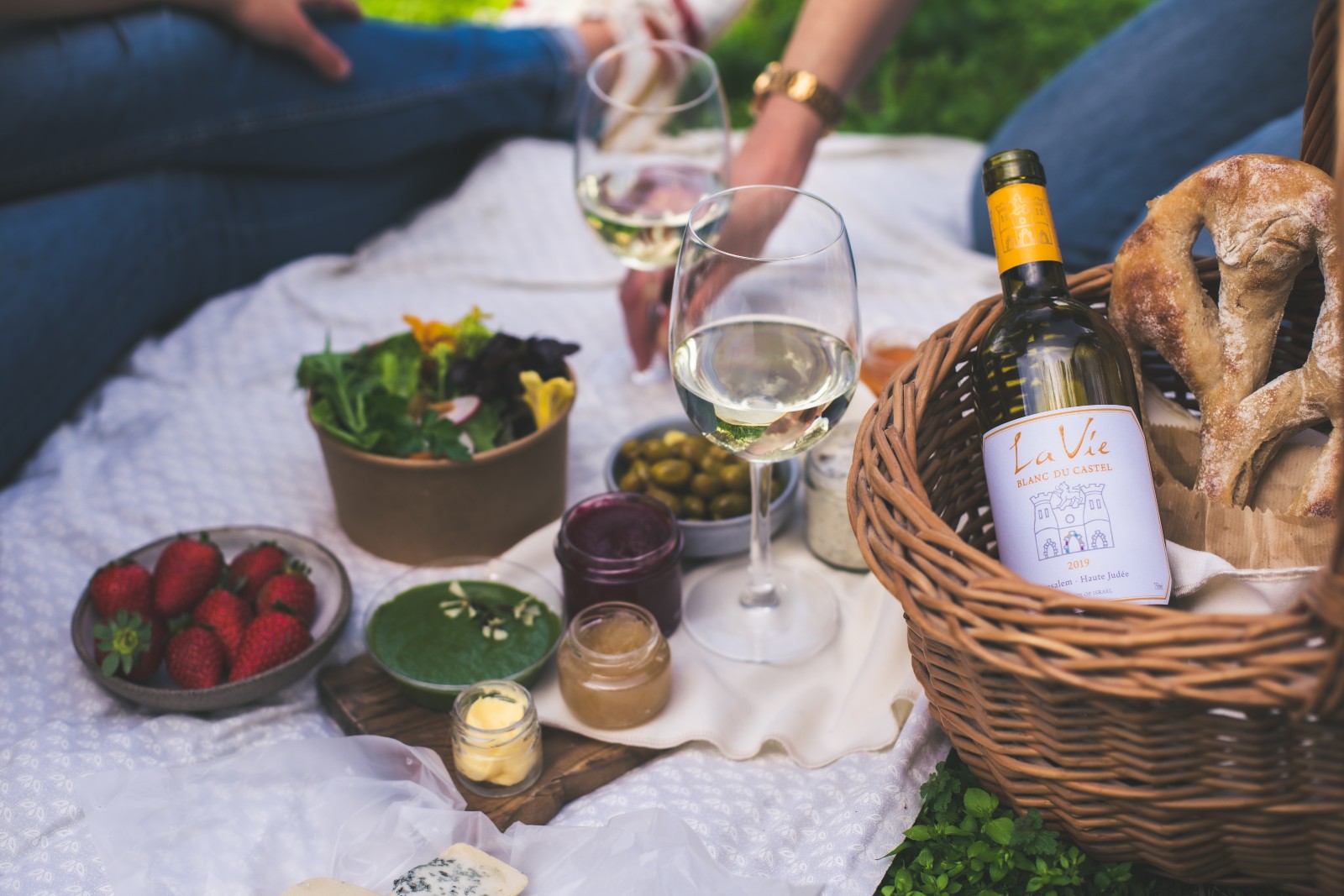 When the green light was given to reopen in late May, Rama hesitated, but then reopened the following week.

“We felt like dancers who were rusty. For the first week everything we did took a ton of time and a ton of effort. Little by little we returned to a normal rhythm, though, and really it’s been a lot of fun.” There’s still uncertainty casting a shadow over the entire restaurant industry.

For now, Ben Zvi and her staff are enjoying making the dishes from their summer menu, as if each dish could be their last (for a while).

The tabun, a traditional wood fire oven that serves as a central cooking tool in the restaurant, is key in producing many of the items on the seasonal menu. 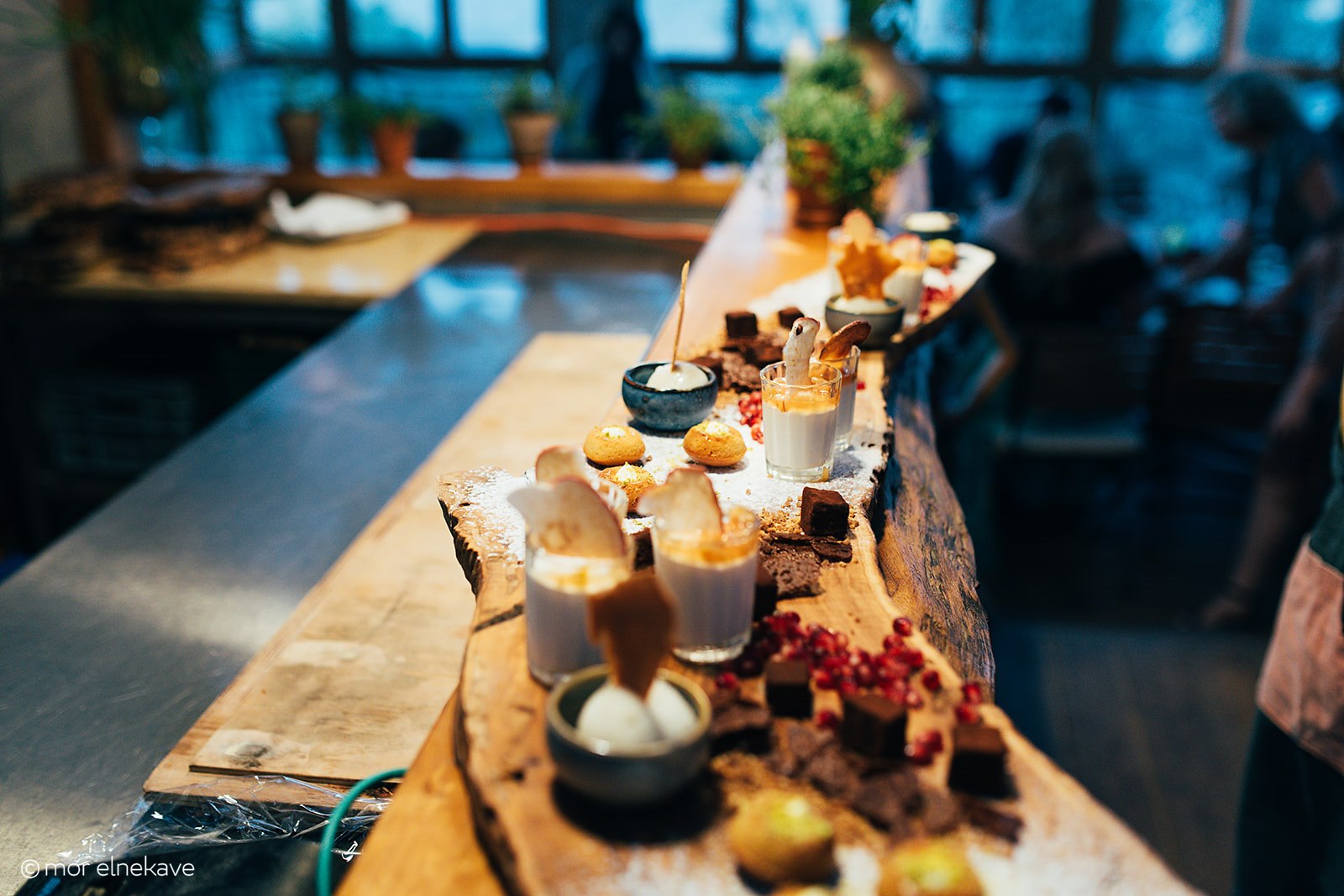 A dessert buffet at Rama’s Kitchen served on a slab of wood from a burned olive tree. Photo by Mor Elnekave

These include a savory pastry made with a tabun-charred eggplant cream and topped with roasted date tomatoes and cherry tomatoes and house-made sundried tomatoes, as well as pesto and micro basil leaves; tabun roasted zucchini served with labane cream, deep-fried zaatar leaves and a cluster of tomatoes; and smoked duck breast served on a bed of homemade corn polenta with asparagus and green beans.

Ben Zvi asserts that she just wants people to continue to come out to the restaurant, to eat the food and be happy. “This type of thing isn’t a given in any place. It’s grace, and a thank you, and a big joy,” she says, describing the ball of emotions for the place and its supporters.

Serve the panna cotta with garnish of fresh summer fruit and/or jam made from summer fruits.