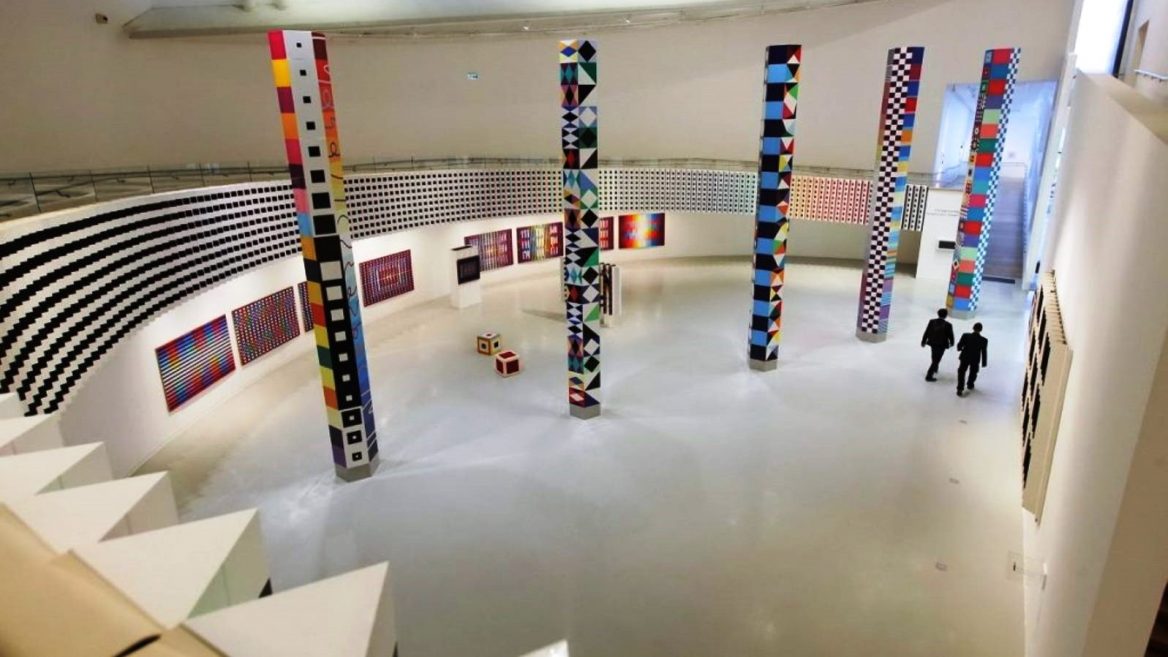 A museum dedicated to the colorful works of world-renowned kinetic artist Yaacov Agam recently opened its doors in Rishon LeZion, the birthplace of the 89-year-old artist whose career has spanned 65 years.

The 3,200-square-meter Yaacov Agam Museum of Art (YAMA), surrounded by a sculpture garden, was designed by architect David Nofar and built by the Menorah Group. 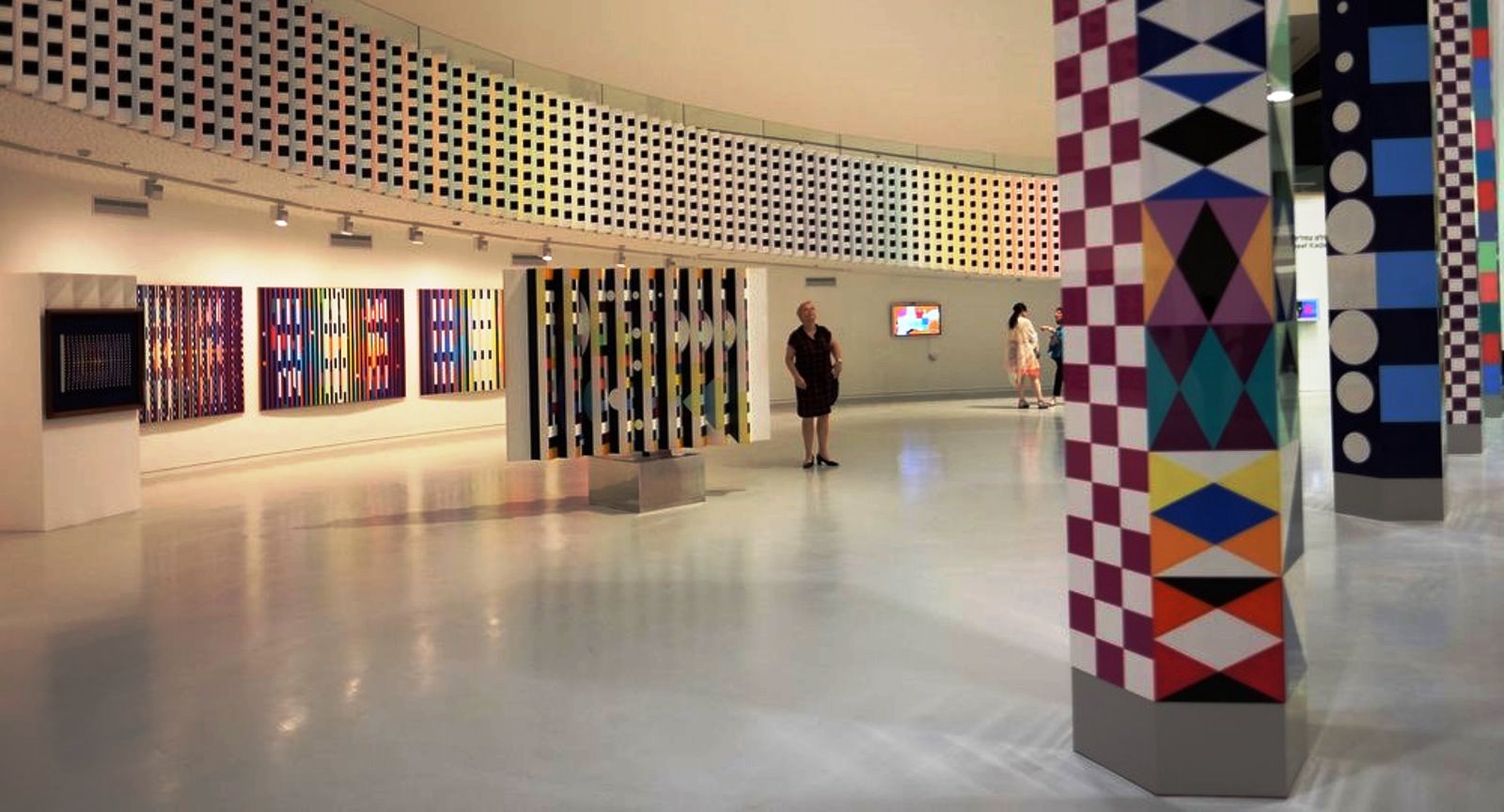 The Yaacov Agam Museum of Art in Rishon LeZion. Photo by Sophie Weinstein/OhSoArty.com

Twenty multicolored pillars at the entrance, and nine more inside, are dedicated to Agam’s late wife, Clila. Exhibitions run the gamut from two-dimensional drawings to stained glass to interactive digital displays. 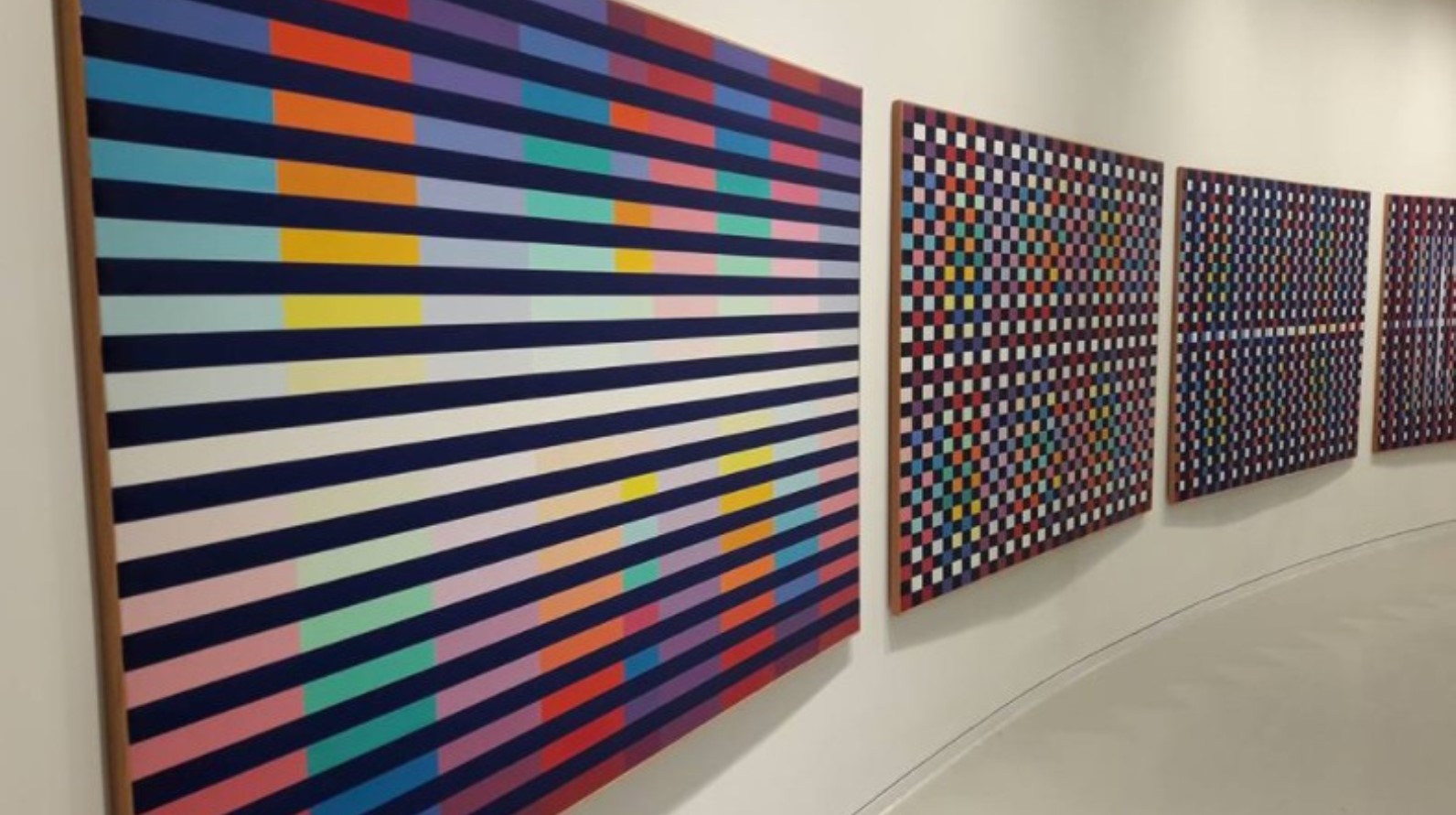 Agam’s signature optical creations often have moving parts and invite the viewer to change how they look by interacting with them or by seeing the image from different angles – like his Fire and Water Fountain in Tel Aviv’s Dizengoff Square or his “Agamogram” dominating the entrance hall of the Tel Aviv Museum of Art. 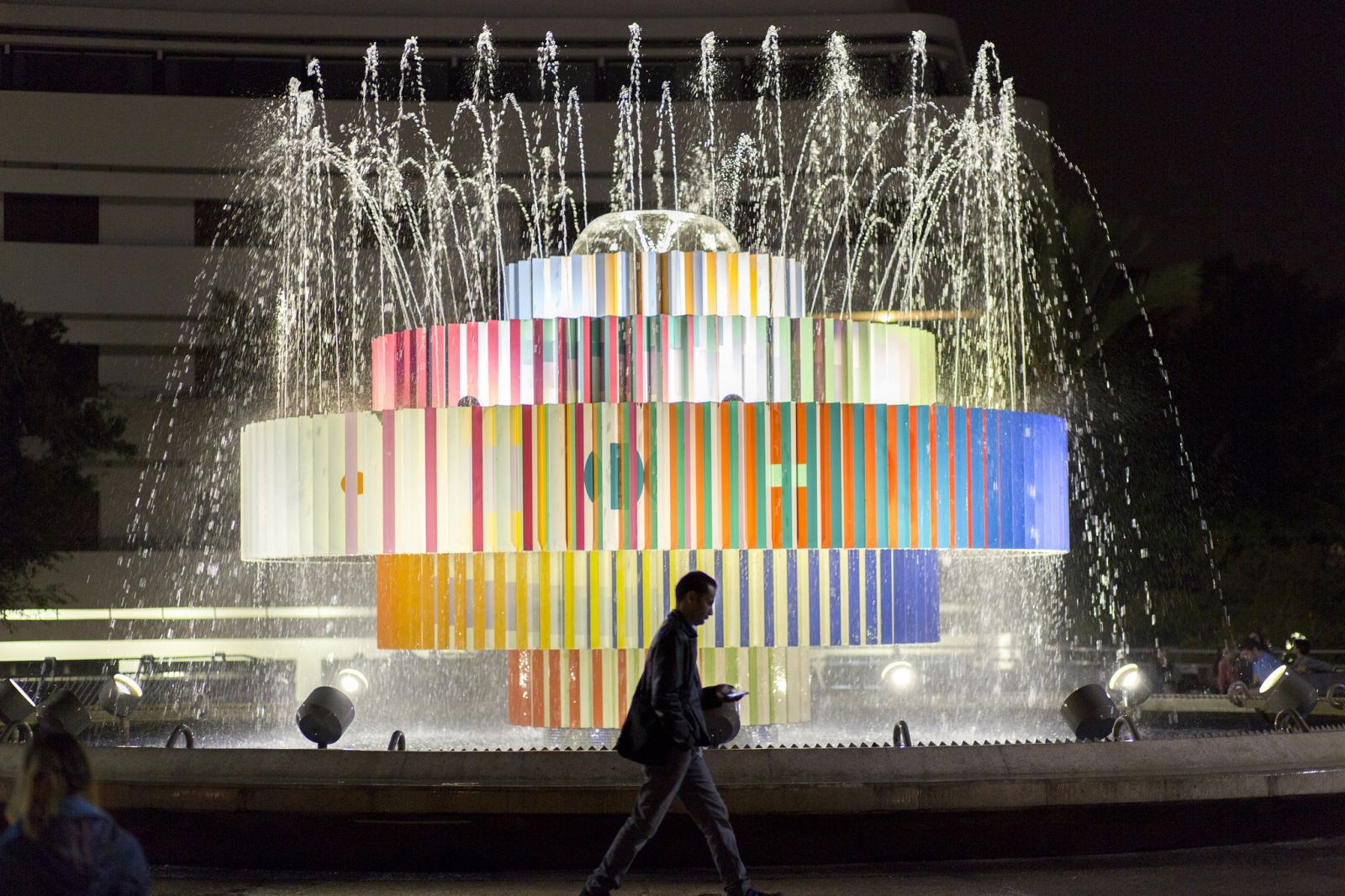 “Usually, when you see a painting in a museum, you stand in front, you look at it, and then you move on. With my work, you will never see everything. I want people who come to the museum to be able to see the paintings from every angle, so it’s also changing the approach to viewing art,” the artist told The Jerusalem Post. 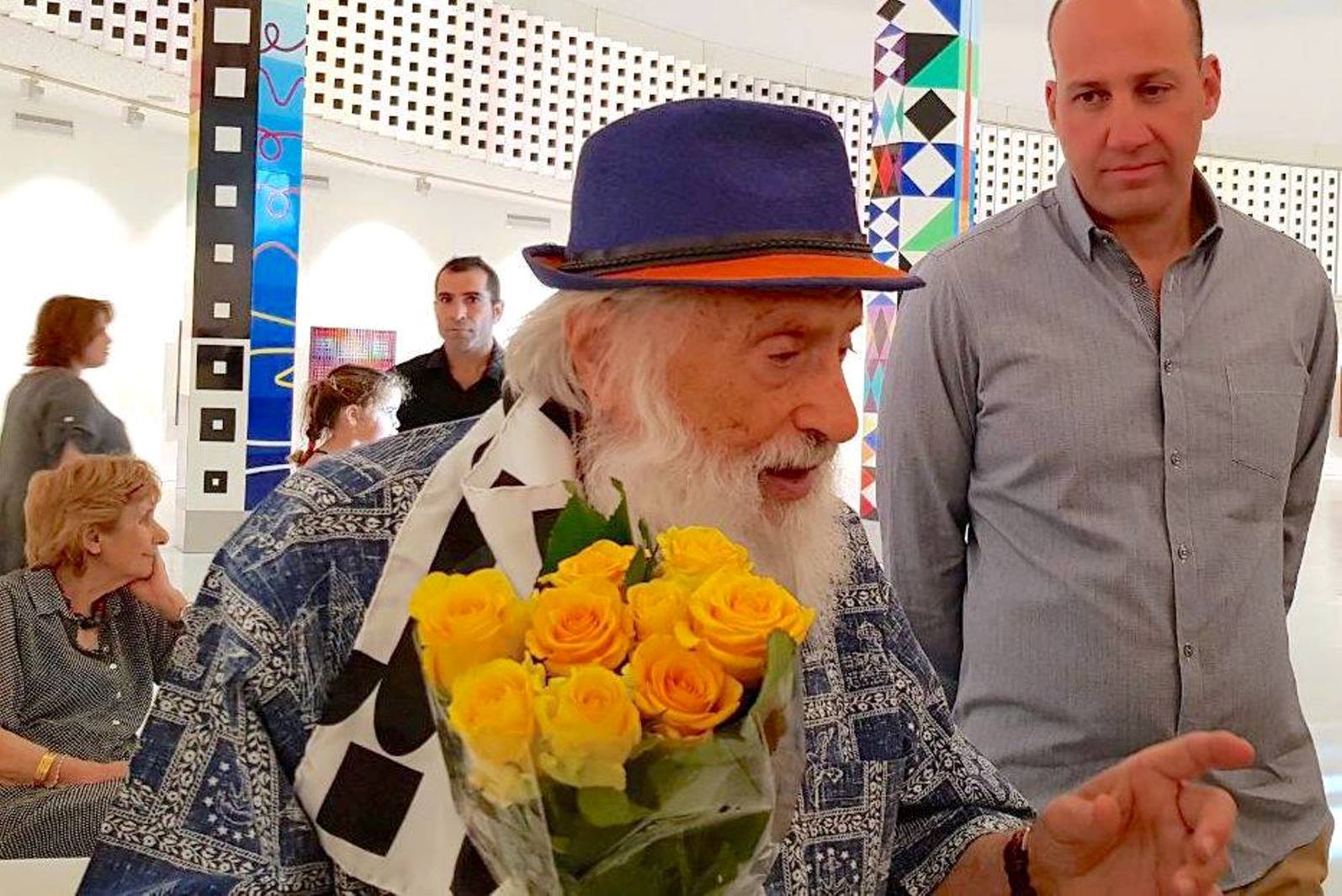 Yaacov Agam in the Israeli museum dedicated to his works. Photo by Bruno Art Group

“The principles which guided us in the creation of the museum’s content are based on the fact that Agam’s art is a choreography of changing relations between the observer and the work, and that each and every one of us experiences the total and parts of the work in a different way and tempo,” said YAMA Director Gilad Meltzer.

“In the spirit of the artist, a visit to the museum will encourage a multiplicity of views and points of view, emphasizing the universal language of art and the unique and groundbreaking qualities of his work.” 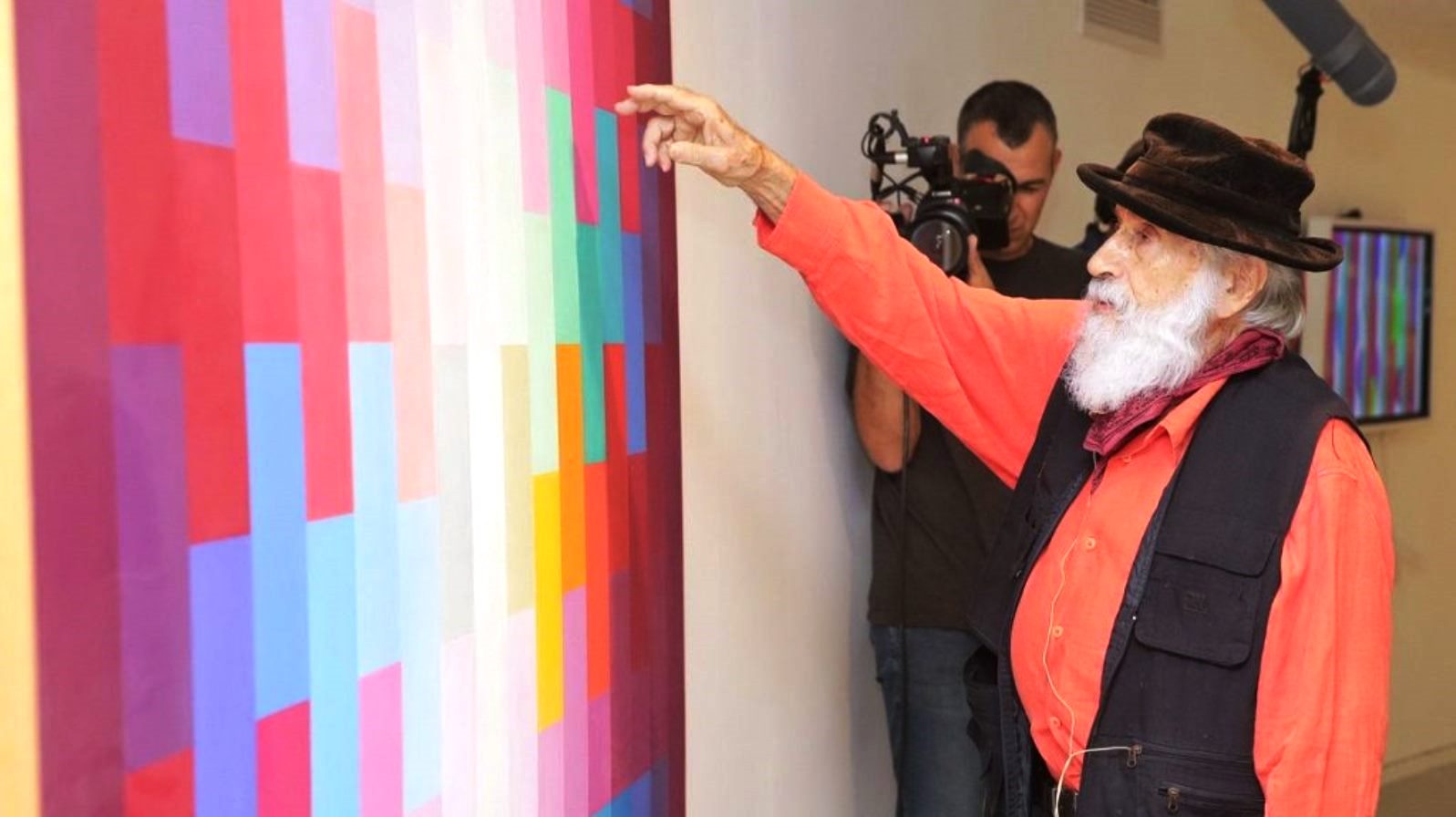 Some of the elements housed in YAMA were previously installed in prominent museums and institutions around the world, including New York’s Guggenheim Museum and Lincoln Center for the Performing Arts. Gradually, more of these works will come home to YAMA from museums and private collections in Israel and abroad.

“The colorful, dynamic and infinite works of Yaacov Agam grab children and adults alike, and just as the artist himself continues to create and regenerate, so the museum in his hometown will also aspire to become a center for disseminating his unique worldview, and will serve as a home for the changing exhibitions of his works,” said Rishon LeZion Mayor Dov Tzur. 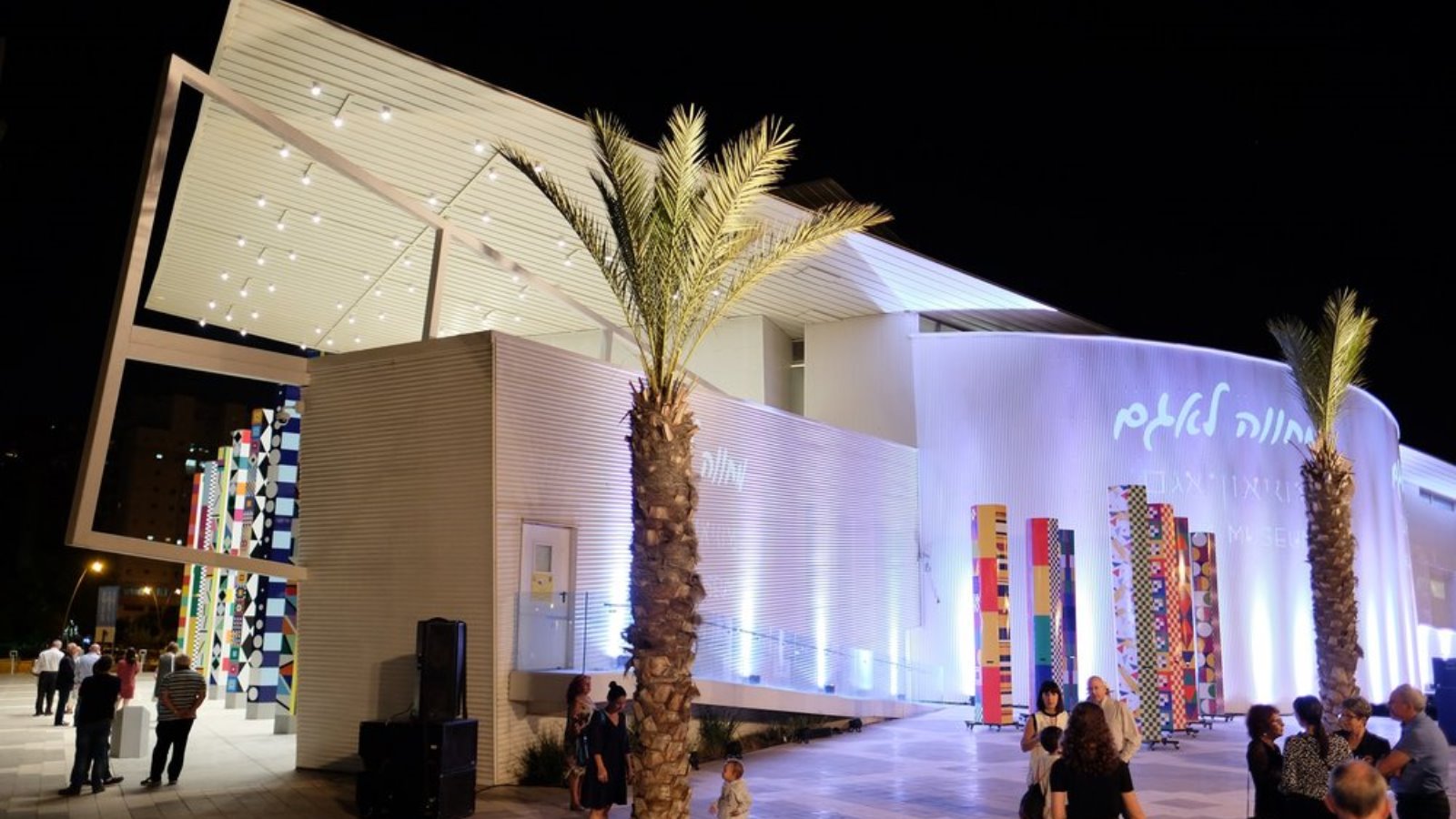 Activities planned at YAMA include performances, conferences, seminars and workshops in Hebrew, English and Arabic. YAMA is located at 1 Meishar Street and is open Monday, Tuesday, Wednesday, Thursday and Saturday.