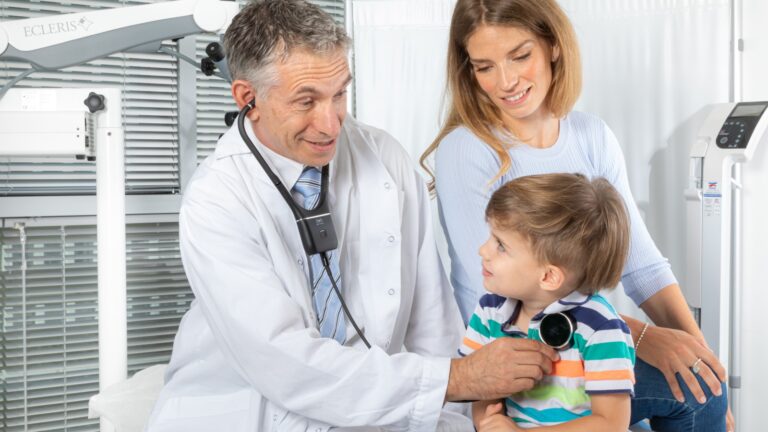 The Israeli startup company Sanolla has announced that its AI-ready stethoscope – the first in the world – has just received FDA approval.

Not audible to the human ear, infrasound is made up of low-frequency soundwaves (3-40HZ) that can carry critical diagnostic information.

“FDA clearance is an important milestone for Sanolla,” said Dr. Doron Adler, Sanolla’s cofounder and CEO, adding that the company’s distributors “were waiting for this moment.”

The FDA’s clearance paves the way for Sanolla to provide the innovative stethoscope to clinics in the United States, Israel and other countries in the hope that VoqX eventually will replace standard stethoscopes.

Sanolla was established in 2016 by Adler and David Linhard, the COO. The startup has raised $416 million, including $7 million from the European Union’s Horizon 2020 Program and the Israel Innovation Authority, and has received eight patents.

In addition to the VoqX, the company has developed a home-monitoring device, PyXy, for chronic disease management and early detection of heart and lung diseases.

UNCOVER ISRAEL - Get the ISRAEL21c
Weekly Edition free by email
Sign Up Now!
Bring Israel's story to life.
Millions of people around the world rely on us to gain a deeper understanding of Israel. We are the trusted source for original content you won't find anywhere else.
You can make a difference. Donate today to support journalism that brings Israel’s story alive.
SUPPORT ISRAEL21c
Read more on:   Israel Innovation Authority, heart disease, lung disease, COPD, asthma, News, Sanolla