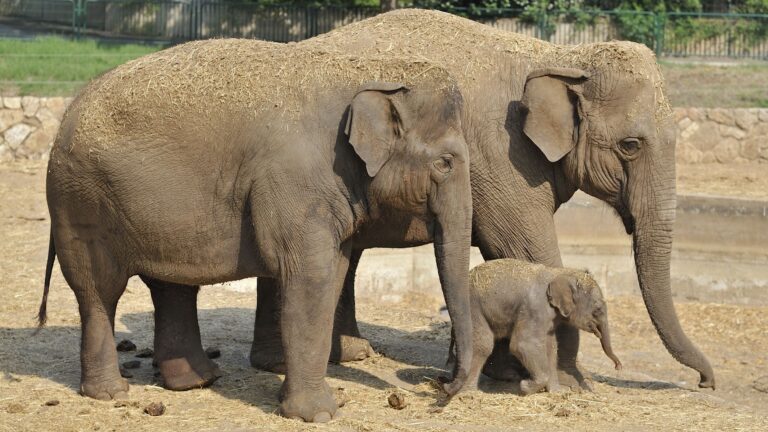 Latangi, an Israeli-born Asian elephant, is the new star of the endangered species world. The calf, whose name means ‘slim girl’ in Hindi, is the third generation of Asian elephants living at the Zoological Center Tel Aviv – Ramat Gan Safari.

Zoos around the world celebrate all births of the Asiatic elephant species because of their endangered status.

Latangi was born on August 2, 2013 and weighed nearly 80 kilograms. The Safari held a name contest and chose Latangi because the female calf is slimmer than the usual 100-kg newborn birth weight.

Safari zookeepers say Latangi is being cared for by her seven-year-old mother, La Belle, and her 25-year-old grandmother, La Petite (who is also pregnant). Latangi’s father is 53-year-old Motek, also an Asian elephant.

The birth was completely natural and Latangi is healthy and fit, report Safari zookeepers.