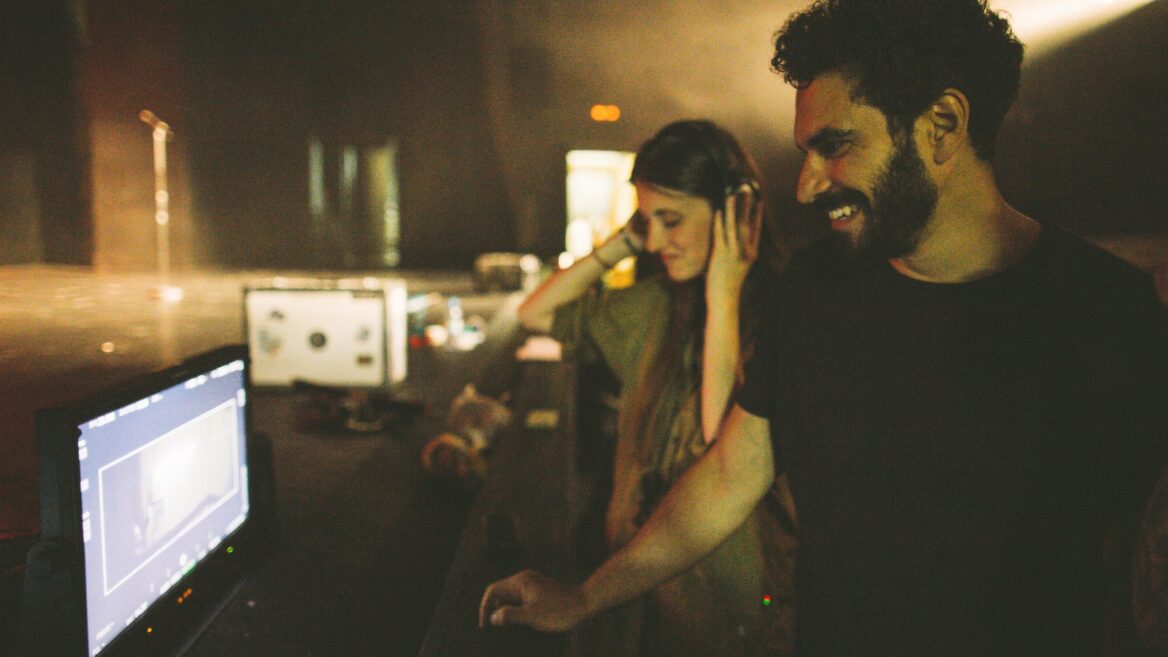 “Him & Her” coproducers Daria Geller and Yuval Orr. Photo by Alexey Kudrick

Whether or not he wins an Oscar on April 25, Tomer Shushan has achieved an exceedingly rare accomplishment.

The 33-year-old Israeli filmmaker’s first independent short film, “White Eye,” was one of 10 shortlisted in the Live Action Short Film category for the 93rd Academy Awards, out of 174 that qualified.

On March 15, “White Eye” was announced as one of the nominees.

Shushan wrote the script for the 20-minute movie in just 40 minutes, after returning home from an eye-opening incident in a gritty South Tel Aviv neighborhood.

“It was like waking up from a dream and writing it down before you forget it,” he tells ISRAEL21c.

Shushan’s partly fictional protagonist spots a chained-up bicycle that had been stolen from him a month earlier. While awaiting police, he traces the bike to an African migrant working in a nearby meat-packing plant. The ensuing conflict pits his indignation against his dawning recognition of a hidden underclass.

“These people are being watched by the authorities all the time, and on the other hand society doesn’t see them,” says Shushan. “It makes this population unlike any other and I think it’s very important to show and speak about it.”

The film’s title reflects that the action “is happening from the viewpoint of a white person and also symbolizes the blindness of the main character to the person in front of him.”

“To get films into festivals, it’s always about the first one,” Shushan says. “It took one year before we got accepted. And then SXSW gave us the opportunity to make our world premiere and we won first prize. Afterward, other film festivals approached us.”

Other short Israeli films have made it to the Academy Awards’ Oscars shortlist in the past, including “Aya” and “Summer Vacation” in 2015.

Aside from the Oscars, Israeli short films have been prolific award-winners at film festivals for the past two decades. A recent example is “Ashmina” by Dekel Berenson, which garnered 28 nominations and 13 wins including the Tehran Short Film Festivals’ Special Jury Prize.

“Israeli films and TV shows in general have gotten popular on platforms such as Netflix and Amazon Prime,” says Neta Ariel, director of Ma’aleh School of Film and Television in Jerusalem.

“Israeli filmmaking has become so high quality that it opens a lot of doors. And shorts are part of this phenomenon,” she says, pointing out that the short film form provides “an amazing opportunity” to indulge a national penchant for storytelling.

Israel is home to 15 film schools and university film departments, an unusually high number for its size.

Says Stanislav Semerdjiev, executive director of CILECT, The World Association of Film and Television Schools, “Yes, compared to many countries Israel has probably quite a lot of film schools per capita. I believe the reason for this is that in general the Israeli people love to tell stories and tell them well!”

Ariel tells ISRAEL21c, “Israel has a lot of ambitious and creative filmmakers and is a very special society that deals with a lot of conflicts. These are stories that give rich content to film. If something is perfect, it isn’t a good story.”

Shushan, a graduate of Minshar School of Art in Tel Aviv, agrees.

“Israel is a super interesting place politically, historically and culturally, with super interesting voices, all in a very small area,” he says, and this reality provides endless inspiration for Israel’s many film students. 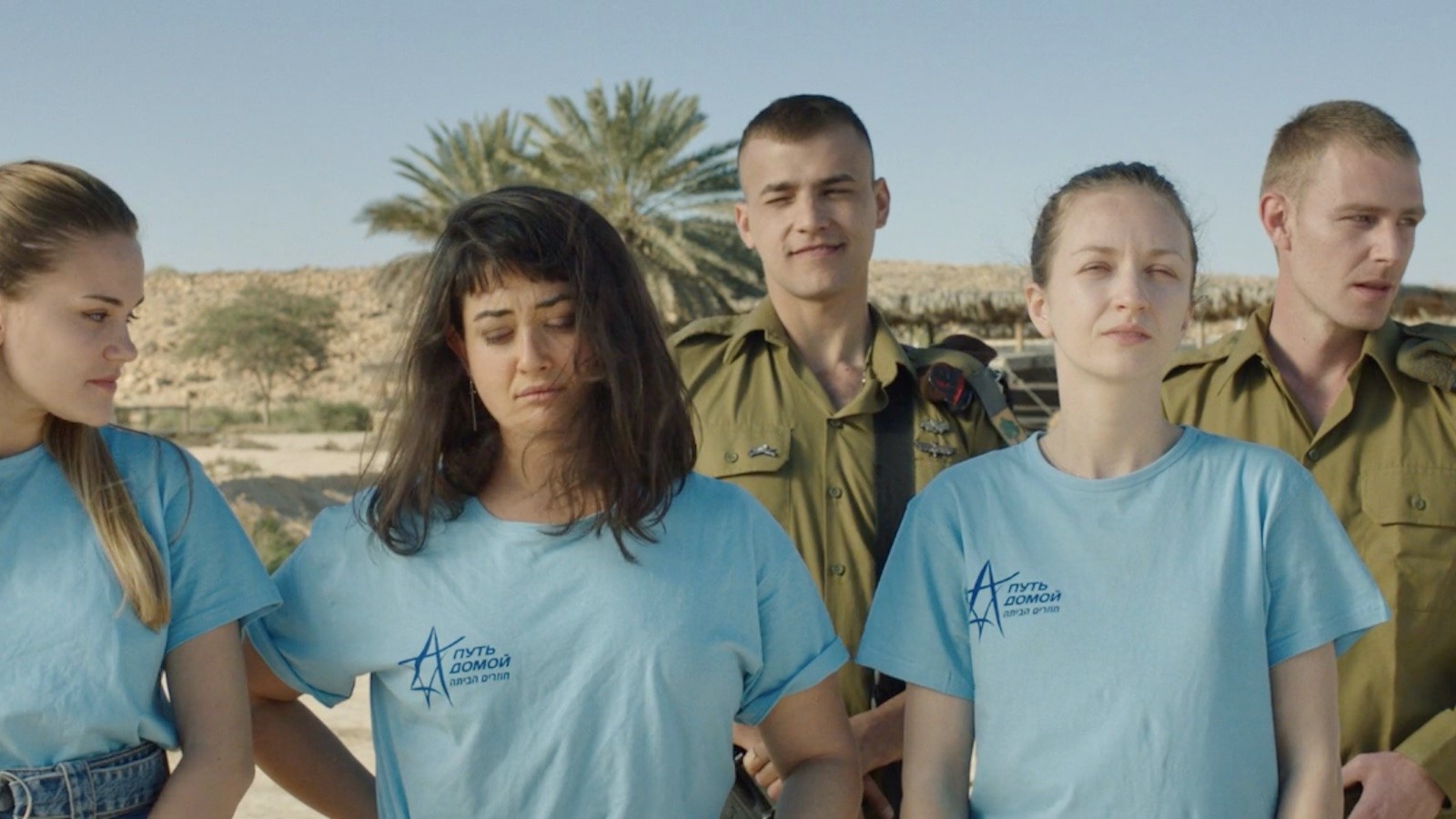 Two of this year’s multi-award-winning Israeli short films come from women, and they both feature Russian-speaking characters.

Minshar graduate Inbar Horesh directed “Birth Right,” inspired by Nataliya Olshanskaya’s story of immigrating to Israel after a free organized trip on which she discovers cracks in her Jewish identity. Olshanskaya herself plays the lead.

“Him & Her,” directed and shot by Russian immigrant Daria Geller, is a modern interpretation of “He & She,” a 19th century short story by Anton Chekhov consisting of letters between two lovers.

Geller, 30, moved to Israel seven years ago after graduating from VGIK film school in Moscow – the first cinema school in the world.

“I found this story a very long time ago and my mentor said it couldn’t be a film,” Geller tells ISRAEL21c from her home in Jaffa. “When I moved to Israel, I discussed it with [screenwriter] Asia Fix and she thought it could work. She made a first draft and I loved it and took it from there.” 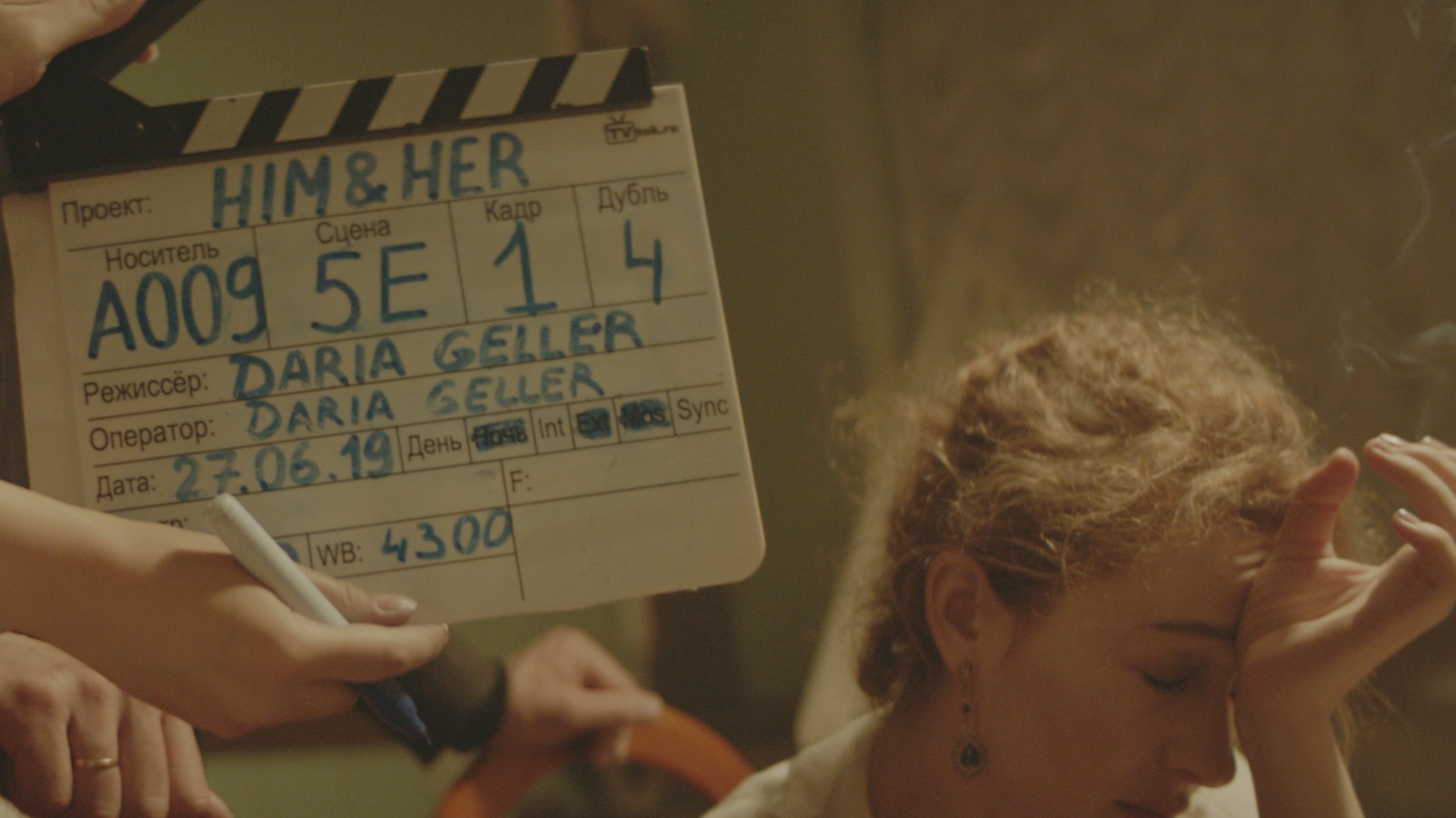 Daria Geller’s “Him & Her” is racking up film festival awards. Photo: screenshot

“Daria and I are immigrants, and we feel there is such a strong international feel to the country,” Orr says.

Immigration is the focus of a new Israeli-made animated short documentary, “Bear with Me,” by Bezalel Academy of Art and Design graduate Daphna Awadish. 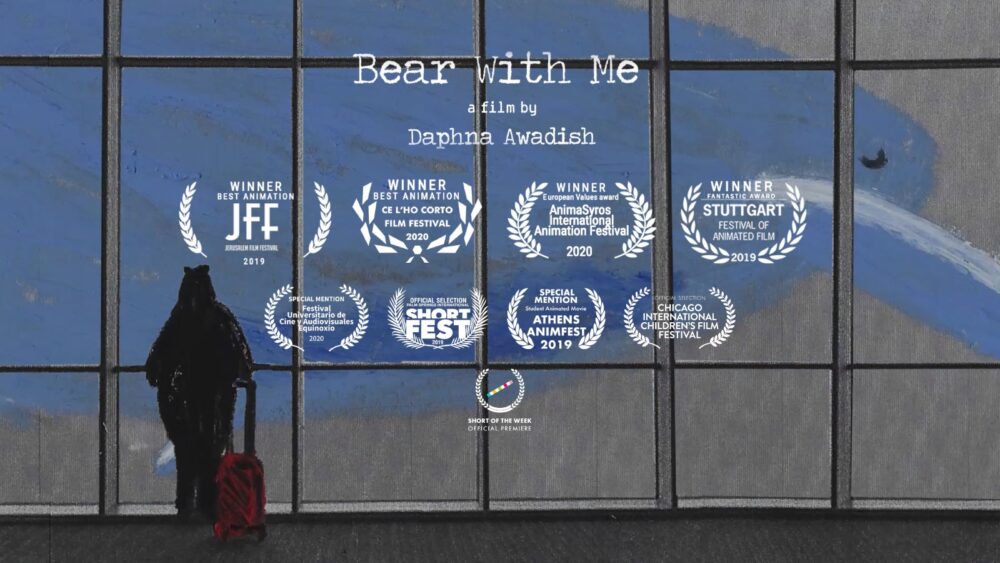 The under 5-minute film provides a unique perspective on long-distance romances. It won awards in 2019 and 2020 from the Jerusalem Film Festival, Stuttgart International Festival of Animated Film, AnimaSyros International Animation Festival in Greece and Ce l’ho Corto Film Festival, Italy.

Clearly, the issue of immigration is one element that makes Israeli short films compelling. Will it help Tomer Shushan’s movie bag an Oscar? Stay tuned.