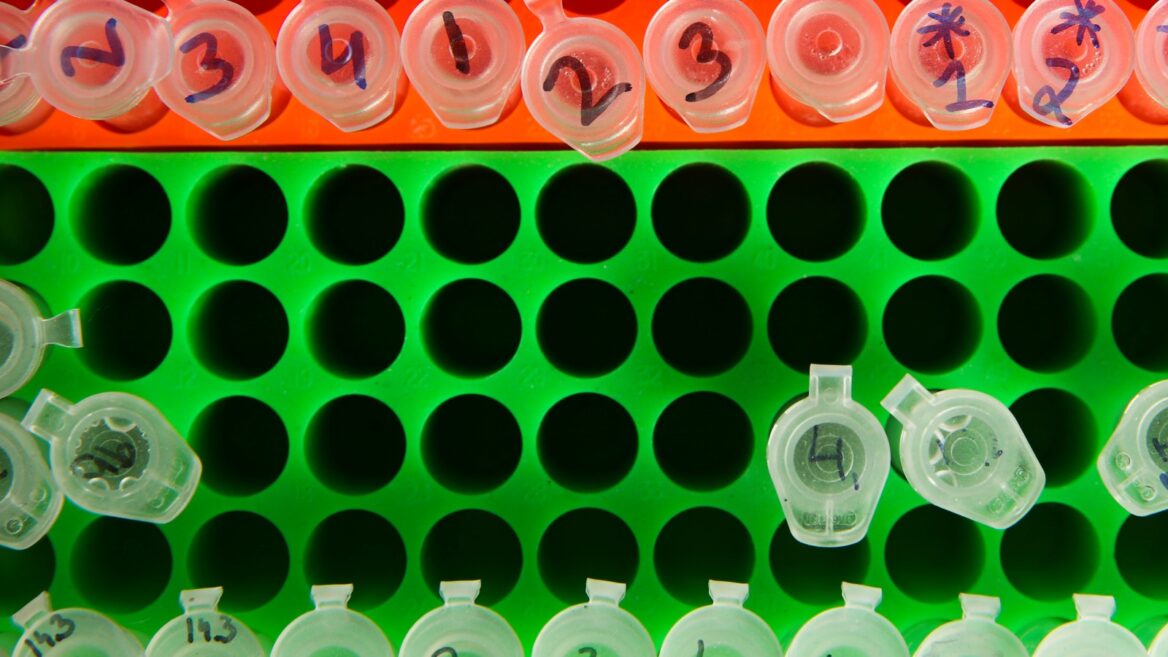 Tubes at a laboratory at Hadassah Hebrew University Medical Center. Photo by FLASH90

Parkinson’s disease is a complex, progressive neurological disorder affecting up to 10 million people. And it is fast growing in prevalence worldwide.

April 11, the birthday of James Parkinson — who first described this syndrome in 1817 — kicks off World Parkinson’s Awareness Week.

The disease is most often diagnosed in people over 60, more often males. Classic symptoms include tremor in about 60 percent of cases, rigidity, poor posture and slow movement.

But several decades before diagnosis, subtler symptoms like sleep disturbances and loss of smell often appear together with constipation and erectile dysfunction.

This happens because clumps of alpha-synuclein protein are aggregating in the brain and autonomic nervous system, damaging dopaminergic (dopamine-producing) cells governing motor control, among other functions. Loss of dopaminergic cells eventually causes the classic Parkinson’s symptoms. 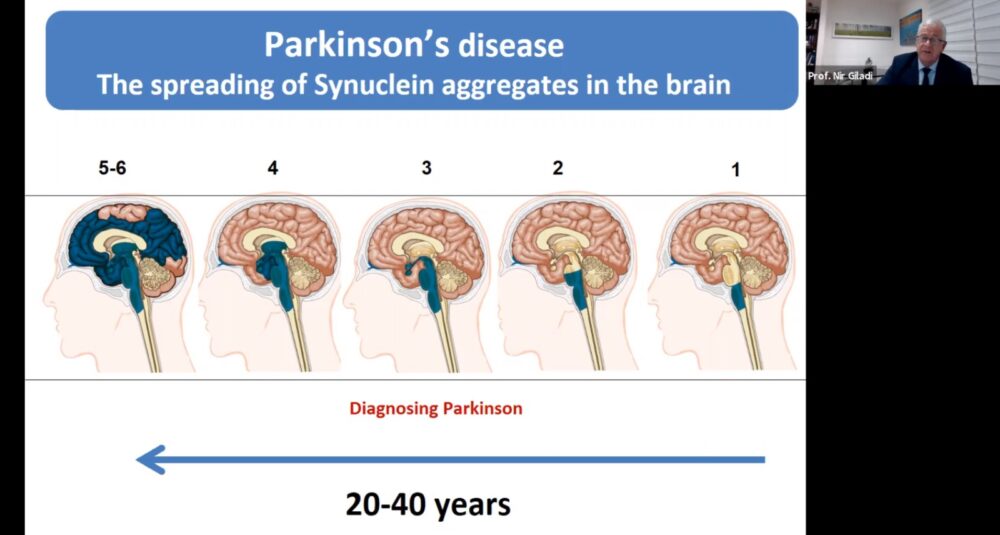 Alpha-synuclein clumping can be triggered by aging, genetic mutations, conditions such as diabetes and hypertension, environmental toxins like pesticides and lifestyle factors like smoking, exercise, diet and mood.

Worldwide, about 10% of cases have a genetic basis. While Israel’s rate of Parkinson’s is no different than in other countries, the percentage caused by genetic mutations is much higher. 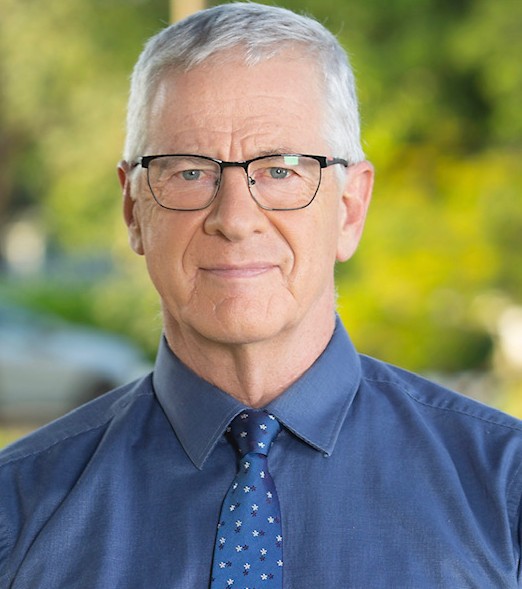 “In Israel among Jews of Ashkenazi heritage, 37 percent of Parkinson’s cases are genetic,” says international expert Prof. Nir Giladi, chairman of Tel Aviv Medical Center’s Neurological Institute and co-director of the Aufzien Family Center for the Prevention and Treatment of Parkinson’s Disease opened in June 2019 at Tel Aviv University.

“About 10% of Israelis carry genetic mutations that increase Parkinson’s risk. Having a parent with Parkinson’s increases the risk three times,” says Giladi, who’s treated about 20,000 Parkinson’s patients over 30 years.

“Israel’s high rate of genetic Parkinson’s provides an opportunity to make Israel a global hub for research and development,” he says.

Some earlier breakthroughs in Parkinson’s research and treatment came out of Israeli labs.

Technion Prof. Moussa Youdim, for example, helped develop Azilect and Selegiline for treating Parkinson’s symptoms. His current company, Youdim Pharmaceuticals, is ready to commercialize the first-ever blood test for Parkinson’s diagnosis and prognosis; and is developing novel multi-target neuro-restorative drugs that can cross the blood-brain barrier.

Parkinson’s disease research is happening at every Israeli university, with a particular focus on prevention.

“The aim is to prevent the disease by detecting markers for these genes years before symptoms appear. I think it’s doable,” says Giladi.

Read on to learn more about the latest Parkinson’s research in Israel. 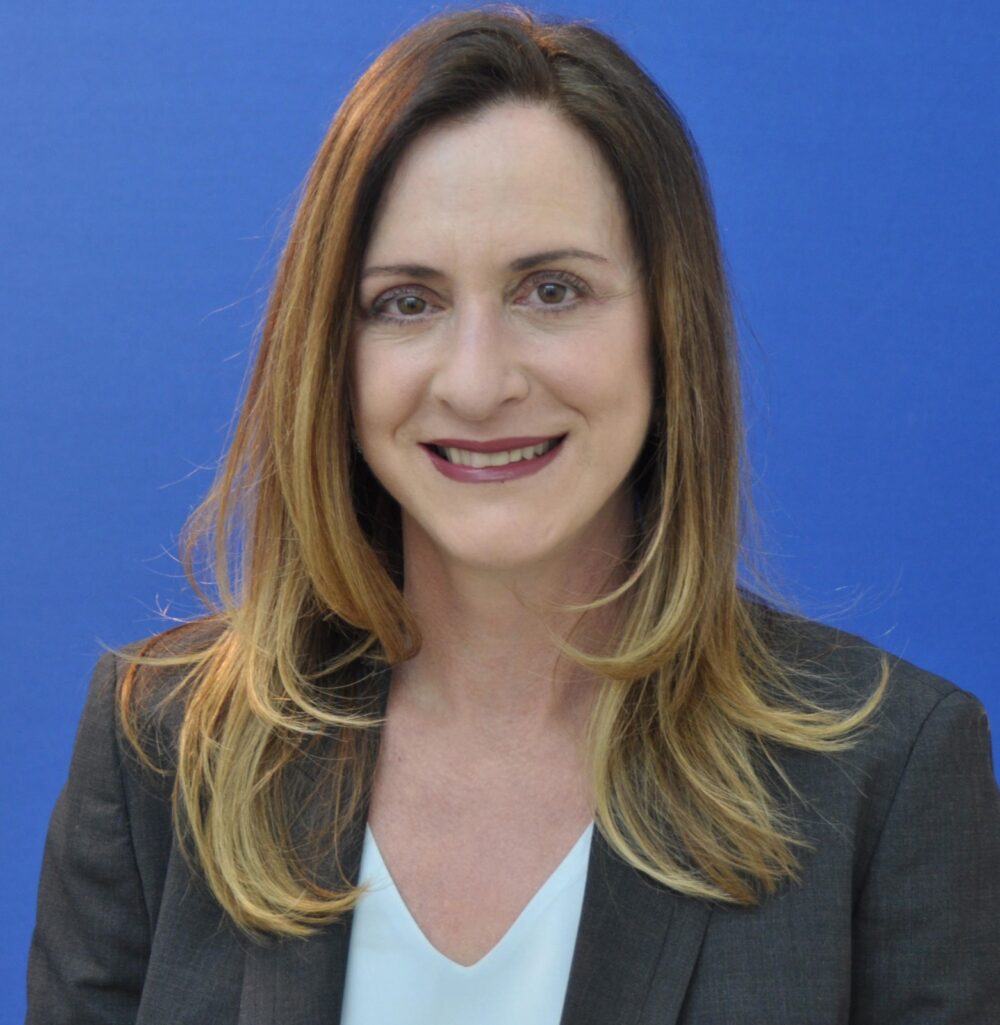 “We provide an organizational and funding umbrella so researchers and clinicians can work together and find solutions faster,” says co-director Prof. Karen B. Avraham, a specialist in genetic deafness research and vice dean of Tel Aviv University’s school of medicine.

Giladi says Aufzien “is quite a unique center combining the most advanced basic research at the university with clinical research at Tel Aviv Medical Center and community outreach through the Israel Parkinson Association to provide knowledge, awareness and country-based research.”

“In the next 10 years, we hope to have tens of thousands registered and follow them prospectively,” Giladi says.

“For now, we are suggesting how to modify their lifestyle to lower risk. Exercise cuts risk 30%. A good night’s sleep, improved mood and a Mediterranean diet all have an impact,” he says.

“In the future, we hope to offer a vaccine or other intervention to protect them from further progression. Some genes decrease the risk of Parkinson’s disease, and if we can identify them, we can develop drugs using the same protein.”

Giladi says some 150 Israeli startups are developing technologies to help prevent, stop or even cure Parkinson’s. The Aufzien Center also has close ties to the Michael J. Fox Foundation for Parkinson’s Research in the US.

On April 29, the Aufzien Center is partnering in the first Israel Parkinson’s (virtual) Conference bringing together startups, researchers, physicians, allied health therapists, and patients and families for therapeutic activities and scientific updates.

The dope on dopamine 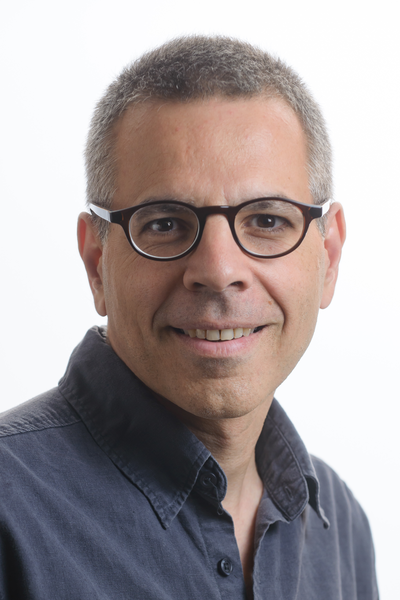 “For many years I’ve been interested in the embryonic development of dopamine producing nerve cells in the brain. My motivation was driven by the assumption that studying the origin and history of these cells will help us to better understand why dopamine-producing cells degenerate in Parkinson’s disease and how we can prevent it.”

Last November, his lab published a paper in the journal Brain demonstrating that bone morphogenetic proteins (BMPs) prevent the degeneration of dopamine-producing neurons in Parkinson’s disease animal models. This indicates the possibility that BMPs could be novel Parkinson’s disease drug candidates.

“In Parkinson’s disease, there are many drugs that treat symptoms but no disease-modifying drug,” Brodski tells ISRAEL21c.

“Based on our findings in these animal models that BMPs could stop the progression of neurodegeneration, we’re working hard to bring it closer to the clinic.” 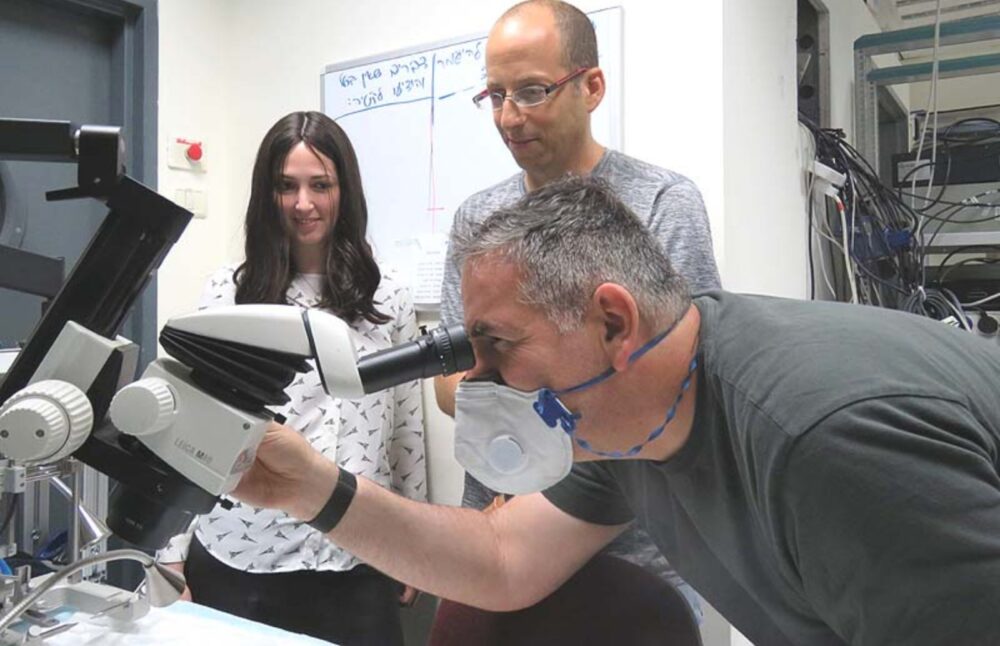 Prof. Izhar Bar Gad and his Neural Interfaces Lab approached the problem by applying signal-processing methods to smartwatch and smartphone sensor data. The results were then used in machine-learning models to allow for patient-specific characteristics.

The lab’s long-term goal is to use the interaction between computerized systems and the central nervous system to better understand neural disorders and to create electrophysiological treatments for symptoms. 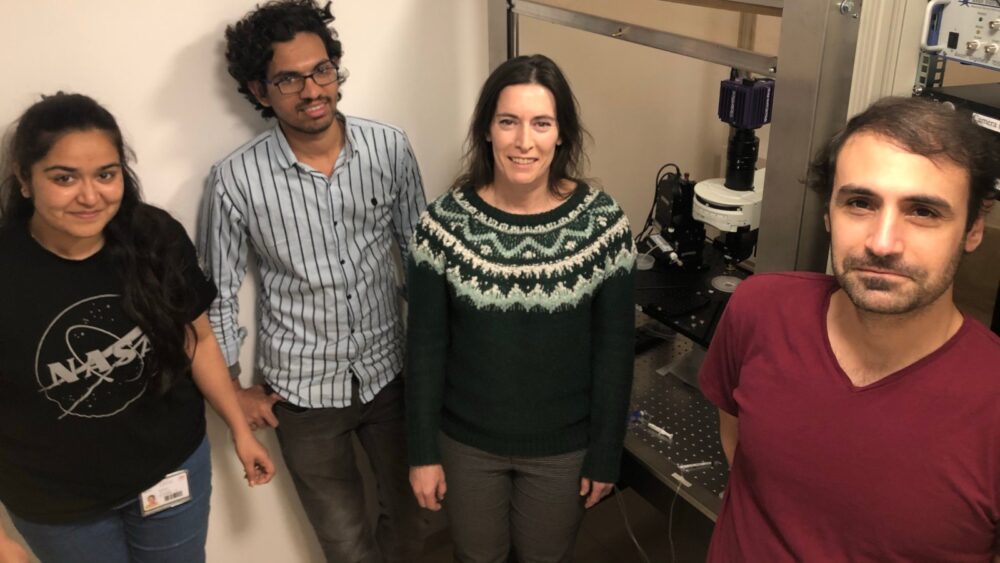 Observing these nerve cells as they develop and age, the team looks for common traits of different types of Parkinson’s disease as well as the roles of various genes in the process.

Stern has seen pathological changes, such as a reduction in synaptic connectivity between neurons, occurring before a patient would show symptoms.

“Parkinson’s disease patients have a severe neuronal cell death that is more specific to areas in the brain that are compacted with dopaminergic neurons,” she says.

Stern is growing 3D structures that resemble one of these brain areas as a novel platform for testing possible treatments such as dopamine receptor modulators.

She aims to build an algorithm that could predict disease onset and severity at the pre-symptomatic stage.

Amit Abraham of the physiotherapy department at Ariel University has a new Mental Imagery and Human Embodied Potential lab studying how different types of mental imagery help rehabilitate patients with a variety of physical conditions, and enhance performance of dancers and athletes.

“For Parkinson’s disease rehabilitation, mental imagery is an innovative and promising tool,” he tells ISRAEL21c.

“Parkinson’s is a multifaceted condition mostly known for causing slowness of movement, rigidity, balance dysfunctions and resting tremor. But about 60% also have sensory and cognitive deficits that are less talked about. We thought mental imagery would address these deficits in addition to the motor ones,” he tells ISRAEL21c.

During his postdoc at Emory University School of Medicine, Abraham developed a pilot intervention for people with Parkinson’s disease based on the Franklin method of dynamic neurocognitive imagery. His goal was to correct distorted mental representations of the body that can worsen motor and cognitive deficits. 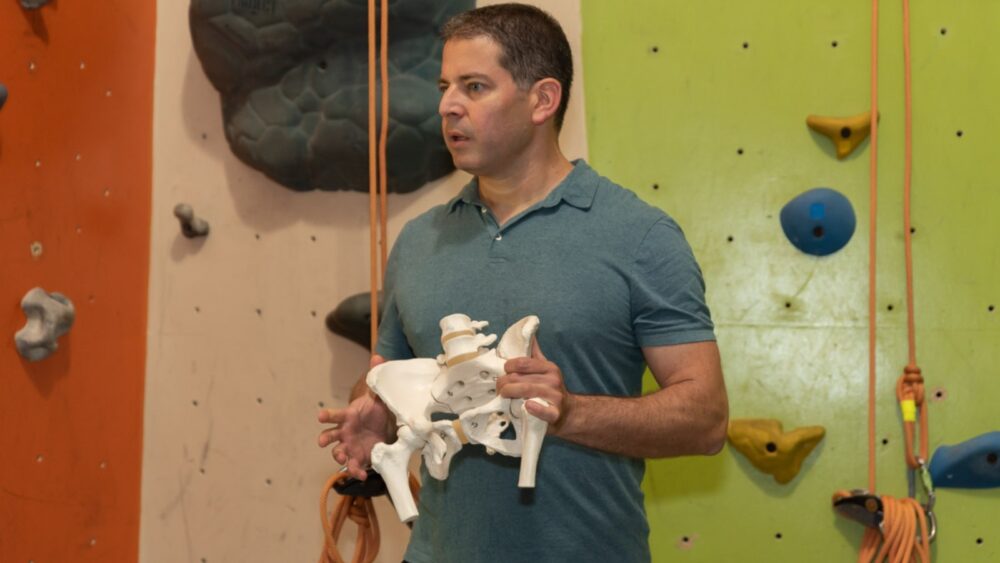 Dr. Amit Abraham with a model of a pelvis during a pilot intervention using dynamic neurocognitive imagery for people with Parkinson’s disease. Photo courtesy of Amit Abraham

“I focused on the pelvis, spine and lower extremities. For two weeks, five sessions per week for two hours a day, people with Parkinson’s disease did a dynamic neurocognitive imagery protocol that included movement and imagery. We showed a wide range of beneficial effects for both motor and non-motor symptoms.”

Results were published in Neural Plasticity in 2018 and in Complementary Therapies in Medicine in 2019. Abraham is now working on developing a set of protocols.