When the dispatcher alerted them about a two-week-old baby who’d stopped breathing, 16-year-old Ori Cohen and his Magen David Adom crewmates were right nearby with their ambulance. Working quickly under the guidance of the crew’s senior emergency medical technician, Cohen and his fellow volunteers restored the infant’s breathing and whisked her off to the hospital. The doctors said she’ll be fine.

Cohen is one of 11,000 Israeli teenagers working voluntary shifts on MDA ambulances throughout Israel – making up a remarkable 60 percent of the volunteer staff. 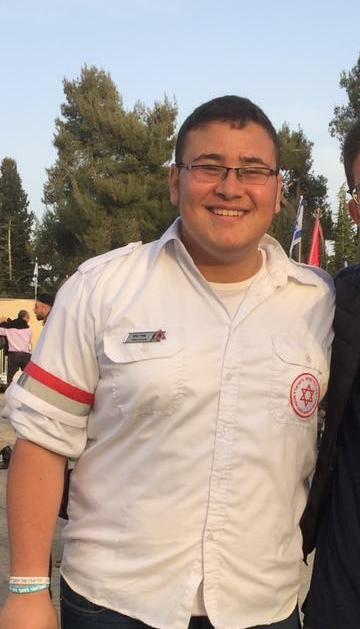 “We have the biggest youth corps by percentage in the world, as far as I know,” says Eli Yaffe, MDA deputy director for general training and culture. He adds that in some other countries, youth volunteers are only allowed to do tasks such as patient transport rather than responding to emergencies as youth volunteers do in Israel.

The 50-year-old national emergency response network always accepted teen volunteers but it started a formal youth program in 1993 for 15- to 18-year-olds as an option for fulfilling the Education Ministry’s mandatory 60 hours of volunteering for high-school students.

“We offer a 60-hour training course, so if they just pass the course they’ve completed the requirement. It’s optional to volunteer beyond that,” says Yaffe. About 3,000 teenagers each year do opt to interview for spots on ambulance crews – more, in fact, than there are spots available.

“MDA is an organization where you can really help people, and that’s very exciting,” Cohen tells ISRAEL21c. “It gives you expertise in handling basic medical emergencies and you really learn the importance of helping other people. Even sitting in the back of the ambulance with an old person or with someone about to give birth makes you feel you’re doing something amazing,” she tells ISRAEL21c.

Dina Abu Toameh of Jerusalem, a 17-year-old Muslim, says the calls she finds most gratifying are those where her Arabic translation abilities are critical. 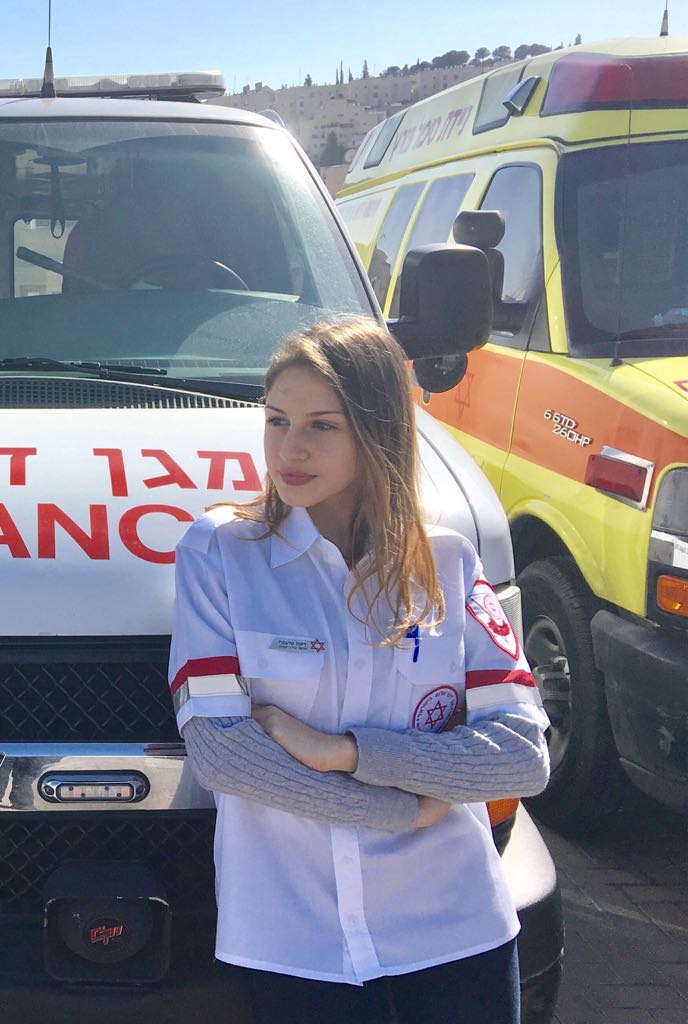 “In our shifts we can have both Arabs and Jews, but sometimes I’m the only one in the crew who knows Arabic,” she says.

“One time we had an old lady in an Arab neighborhood with a stomach ache and the other three on the crew were Jewish. It was me who helped her communicate with our shift manager.”

Abu Toameh is majoring in medicine in high school and hopes to become a paramedic. She took the MDA youth volunteer course in Hebrew although it is also offered in Arabic. She says her family is very proud of her. “Since I started volunteering it was the first time my mother wasn’t angry when I came home late,” she says with a laugh.

While the majority of emergency calls don’t involve trauma, youth volunteers are trained to handle serious scenarios. Those who have volunteered for at least a year are eligible to take on more responsibility such as supervising younger volunteers. About 35 percent of youth volunteers also continue to volunteer after serving in the Israel Defense Forces.

During the summer of 2017, approximately 700 MDA youth volunteers chose to take a course for dealing with mass-casualty disasters. About 230 youth volunteers took a first-aid trainers’ course so they can teach peers. “Last year, I was part of the staff of teenagers in charge of running the youth program,” says Winter. “When there’s a hard case we would call the volunteers and ask how they’re feeling and if they can keep going on with their shift, and also many times we’d call or meet with them afterward. If necessary, an adult staffer will give them more professional help.”

“Sometimes you see hard things like suicides or terror attacks,” says Cohen, “but you are always surrounded by people who love you and if you have a hard case they’re talking to you constantly to make sure you’re all right.”

Follow-up questionnaires have revealed that not only do young MDA volunteers feel supported after a severe incident, but they actually feel badly if the incident occurred on someone else’s shift, Yaffe adds.

Not only Israeli youth are clamoring to volunteer with MDA. Over the past 25 years, 6,500 teens have come to Israel for six weeks of training and volunteering with MDA squads across the country.

“We run 10 courses a year, working with Jewish youth movements in 20 countries,” says Uriel Goldberg, coordinator of MDA’s Yochai Porat Overseas Program. The courses are also offered to foreign teens in Israel on gap-year programs and to 18- to 29-year-olds who come independently.

“The August course had 70 volunteers, and in October we’ll have 30 people,” says Goldberg, 25. “As well as the practical skills, these volunteers learn leadership, teamwork and self-confidence. Quite a few make aliyah, as I did after the program,” says Goldberg. “I came as a shy 18-year-old and it changed me completely.”