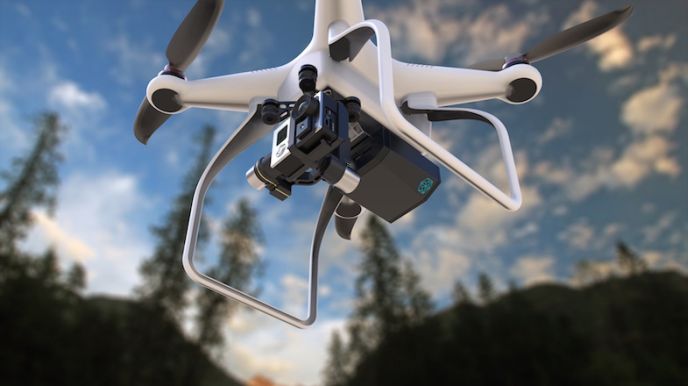 On January 25, a runaway recreational drone crash-landed on the White House lawn, prompting the Secret Service to introduce drone exercises over the US capital. A month later, three Al-Jazeera journalists were arrested for illegally flying a drone in Paris as they filmed a report on the “mystery drones” spotted over city landmarks at night.

Hobbyists, journalists and extreme-sports enthusiasts are among the growing fans of these little flying robots, also called unmanned aerial vehicles (UAVs). Israel has been making military UAVs for the past 40 years, winning a market position as the world’s top drone exporter.

But as civilian and commercial interest in drones skyrockets, Israeli innovators are developing add-on technologies to equip drones for tasks such as aerial cinematography and photography, traffic and weather monitoring, firefighting, search-and-rescue missions, news reporting, mapping, crop-dusting, construction-site and security surveillance, and even home package delivery.

While UAVs can be remotely controlled, they can also fly autonomously with the help of embedded GPS-enabled software.

“GPS is an explosive market. By 2022, up to seven billion devices will have GPS inside them,” says Gal Jacobi, CEO of the Israeli hardware component maker OriginGPS, one of the featured speakers at February’s ISmart Internet of Things Conference in Jerusalem. 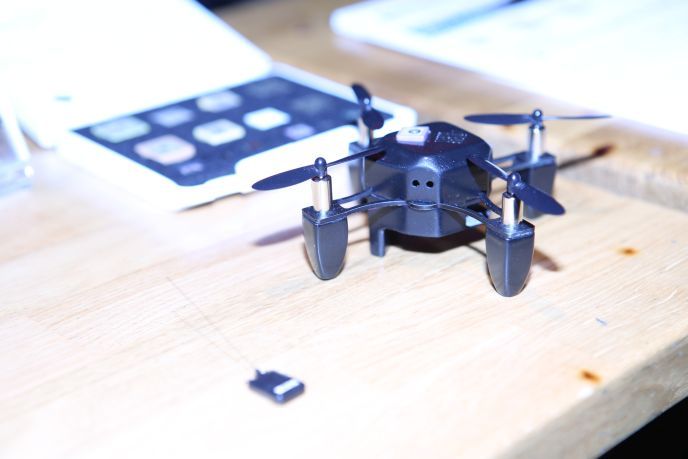 OriginGPS was ready for this explosion with the smallest GPS receiver ever. While a standard model measures 10-by-10 millimeters, the eight-year-old Israeli company designed and patented a 4-by-4 mm receiver with lower power consumption.

The OriginGPS product is integral to the British-made Zano, the world’s tiniest fully autonomous drone at just 6.5 x 6.5 centimeters and 55 grams.

“They couldn’t have launched it without our solution,” says Jacobi. The tiny receiver provides a mission-critical “building block” to original equipment manufacturers of devices with integrated location-based services, allowing them to make anything from a drone to a smartphone smaller and lighter.

“Full-size drones such as DJI and Parrot can cost up to $1,000,” Jacobi tells ISRAEL21c. “If you want a miniaturized, less expensive drone without compromising on performance — with smart features like sensors allowing you to understand where it is or avoid obstacles or follow you while you jog or kayak — then you need lightweight, reliable GPS. That’s our sweet spot.” 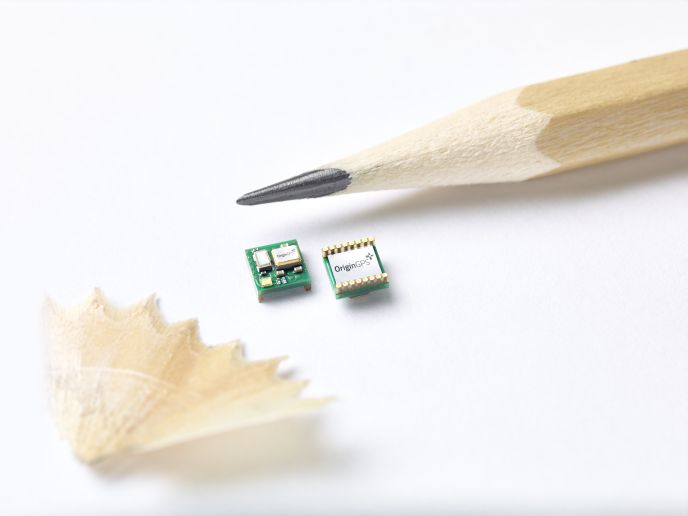 He considers OriginGPS an enabler for IoT and the machine-to-machine revolution, in which devices communicate and transmit to one another.

“Just as adding GPS to the smartphone was a force multiplier for most apps we now know, the next revolution of IoT is adding location-based services to elements we have not yet seen,” Jacobi predicts. “Our plug-and-play module will enable engineers to design sexier, trendier devices that consume less battery.”

Drones by the droves

Early adopters will soon see smart watches equipped with micro-drones that detach from the device, snap a selfie of the wearer and then fly back into place on the wearable, predicts Dor Abuhasira of the new Israeli startup Percepto, which is developing an add-on device to give UAVs computer vision.

Abuhasira and cofounder Raviv Raz took a GoPro HERO3+ camera to the Austrian Alps two years ago. When these two engineers watched their ski videos later, they thought about how to equip drones with computer vision to bring images to the next level.

The two friends, along with partner Sagi Blonder, introduced Percepto to software developers on the Indiegogo crowdfunding platform as a cool new way to enable drone-mounted cameras to do everything from tracking athletes in motion to locating a parking spot. The campaign, which well surpassed its $60,000 goal, urges developers to “re-imagine what drones can do, and enables drone users to give almost any drone endless functionality. It gives drones the power of computer vision. Now they can actually understand and respond to their environment.”

Abuhasira told DroneBlog.com: “Drones are one of the biggest paradigm changes of our lifetime. They will be as big of a revolution as cars were at the turn of the last century, and applicable across most industries.”

As the reporters in Paris found out, flying drones over public places is often illegal and uninsured. Israel has taken a lead here as drone technology has opened new possibilities for business.

“When we started in 2007, the technology was not reliable enough to do cinematography,” CEO Mickey Malka tells ISRAEL21c.

“The drone was much bigger and more dangerous and complicated to operate, and we were not allowed to operate it near people. Now with advances in technology and battery life, drones went from 7 kilograms to 1.3k, and flight time increased from seven minutes to 15 minutes. They became much more stable, so now they’re good enough for cinematography and not only news reporting.”

Kronos is opening a UAV Academy in Kfar Yarok at the edge of Tel Aviv. “The academy will qualify people who want to be licensed to fly their own drones for a hobby or a career,” says Malka, a 33-year-old Home Front Command lieutenant.

“We plan also to educate high school students, as part of their elective curriculum, on the basics of operation for civilian uses like delivery, first aid, photography, GIS [geographical information systems] and agriculture. The applications are very broad.”