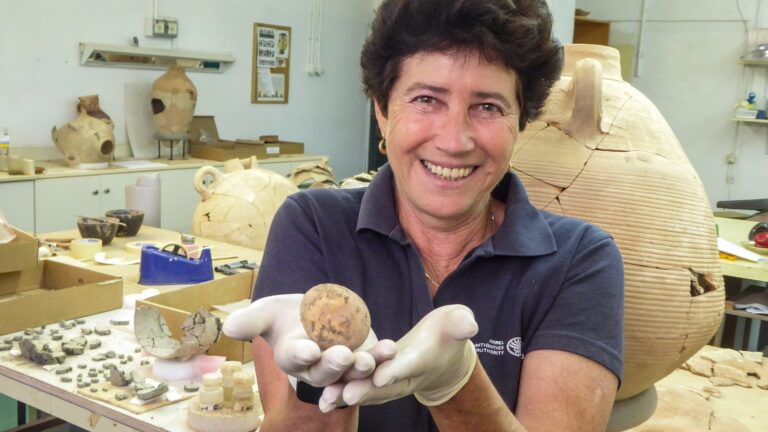 While excavating an ancient cesspit from the Islamic period (about 1,000 years ago), Israel Antiquities Authority archeologists in Yavneh found a rare unbroken chicken egg.

The large-scale excavations, part of an urban expansion project in the city about 15 miles south of Tel Aviv, uncovered an extensive and diverse industrial area dating from the Byzantine period.

“Eggshell fragments are known from earlier periods, for example in the City of David and at Caesarea and Apollonia, but due to the eggs’ fragile shells, hardly any whole chicken eggs have been preserved. Even at the global level, this is an extremely rare find,” said Lee Perry Gal of the Israel Antiquities Authority, a leading expert on poultry in the ancient world. 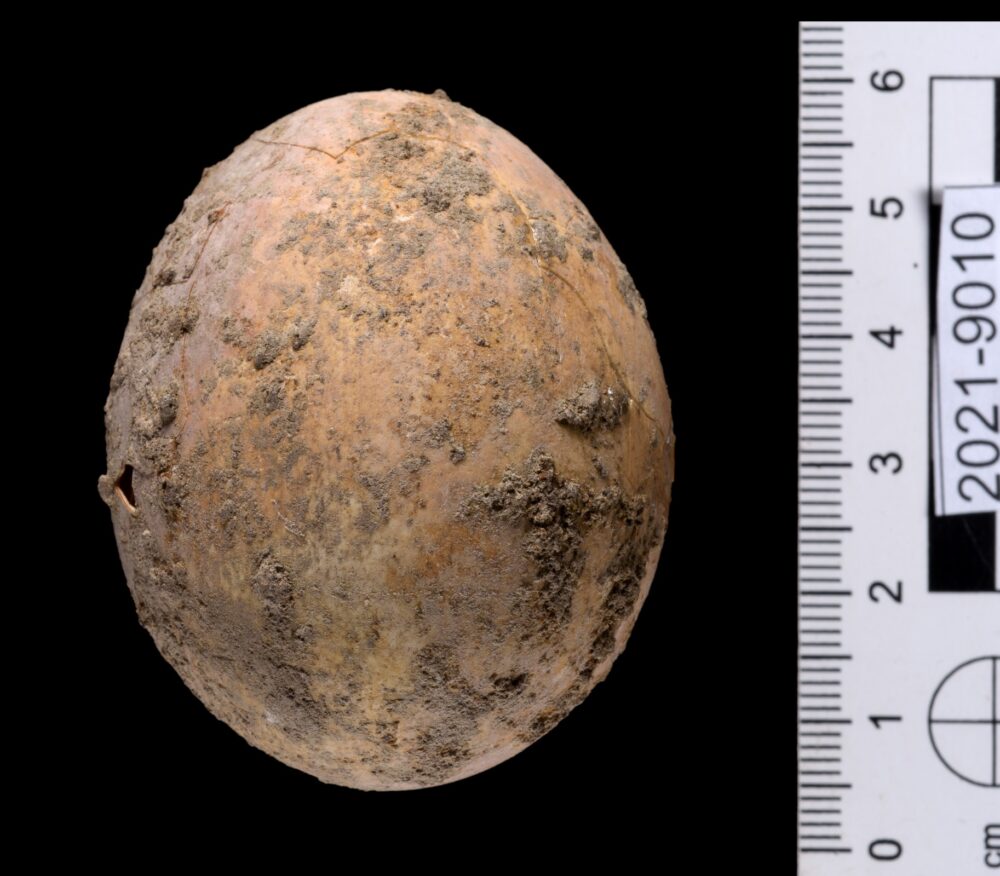 The egg from the Yavneh excavation. Photo by Dafna Gazit/Israel Antiquities Authority

“Even today, eggs rarely survive for long in supermarket cartons. It’s amazing to think this is a 1,000-year-old find!” said excavation director Alla Nagorsky of the Israel Antiquities Authority.

“The egg’s unique preservation is evidently due to the conditions in which it lay for centuries, nestled in a cesspit containing soft human waste that preserved it.”

Despite the extreme caution with which the egg was removed, under the experienced supervision of a conservationist, the shell – preserved whole by the unusual anaerobic conditions – was cracked. In the Israel Antiquities Authority’s organics laboratory, conservationist Ilan Naor restored the egg to the state in which it was found.

However, said Gal, “Unfortunately, the egg had a small crack in the bottom so most of the contents had leaked out of it. Only some of the yolk remained, which was preserved for future DNA analysis.”

Other exciting finds retrieved from the same pit as the egg including three typical Islamic-period bone dolls used as playthings some 1,000 years ago. 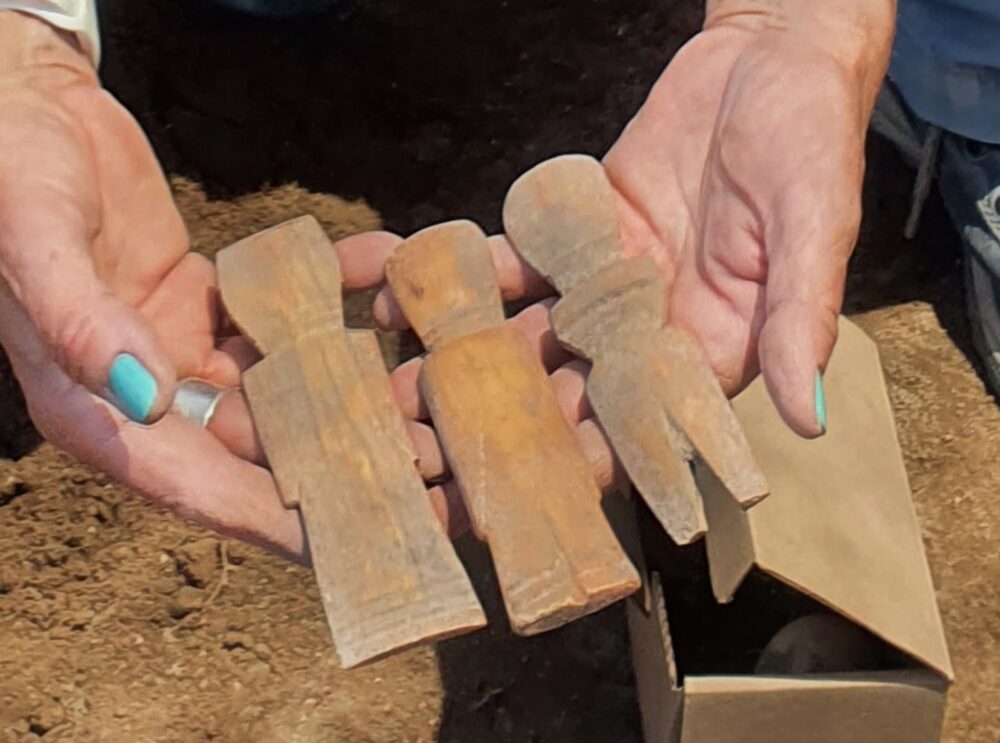 The bone dolls from the cesspit. Photo: Gilad Stern, Israel Antiquities Authority.
UNCOVER ISRAEL - Get the ISRAEL21c
Weekly Edition free by email
Sign Up Now!
Give
Every
Month
Help ISRAEL21c uncover
the Israel we love