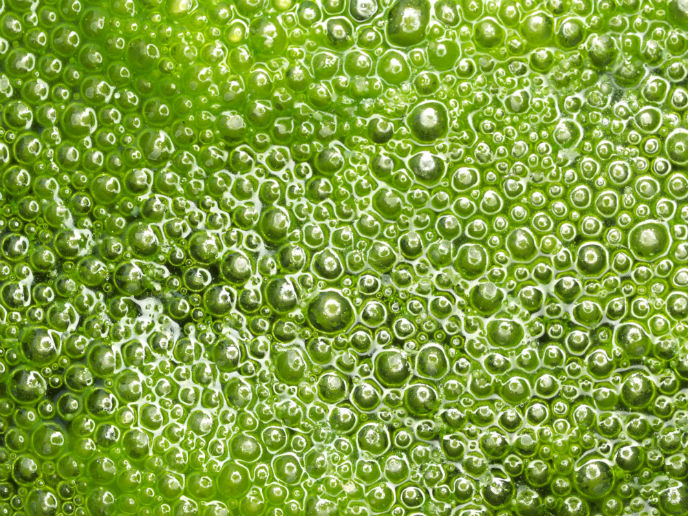 Slime is making millions of people sick every year. Photo via www.shutterstock.com

Slime is making millions of people sick every year. Photo via www.shutterstock.com

Who knew that slime could be such a pest? Also known as biofilm, that slimy bacteria that builds up on food and in the kitchen makes millions of people sick every year. And not just in developing countries with poor sanitation.

Slime is the root cause of many bacterial infections that won’t go away. But an American immigrant to Israel thinks he’s got a solution — already patented and being developed into a product to ensure that fruits and vegetables will be safer to consume by the time they reach your table.

Using a molecule that was created at Hebrew University in Jerusalem, graduate student Michael Brandwein devised a slime-resistant coating that can interfere with, or stop, the genetic processes in bacteria that cause slime build-up.

Working under Prof. Doron Steinberg from the Biofilm Research Laboratory of the Hebrew University’s Dental Faculty, Brandwein was awarded a Kaye Innovation Award during the 77th annual meeting of the Hebrew University Board of Governors last June for his team’s ability to decrease slime buildup by about 60 percent on plastic and glass surfaces, and by about 95% on cardboard.

“We discovered that cardboard boxes are really healthy for bacteria,” he jokes, noting that the addition of a polymer coating even without TZD decreases bacterial formation. Together with TZD, the rates are astonishing. 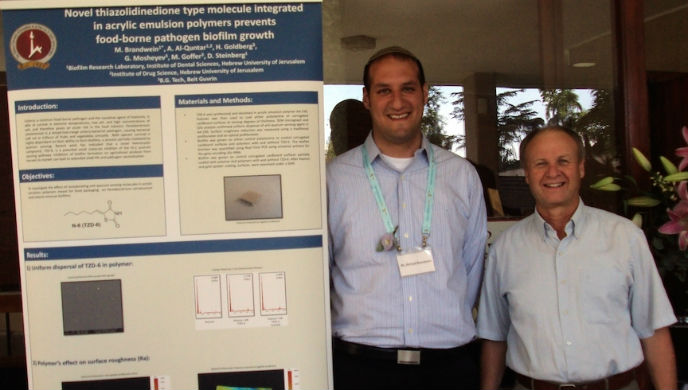 The TZD-and-polymer liquid made in the Hebrew University lab will be sold for $2 to $3 dollars per liter, and it can be applied in a very thin layer onto the surface of the cardboard, Brandwein tells ISRAEL21c.

In the future, he envisions it will be used on meat and poultry packaging, and even possibly to coat the outside hulls of a ship to reduce resistance due to slime buildup at sea.

Going deeper into the science, TZD appears to mess up the way bacteria talk to each other, preventing them from forming “communities” of slime. This communication is called quorum sensing.

Basically, when bacteria detect that there are enough of them concentrated together, they turn on a signal that “rallies the troops,” causing the formation of biofilm.

This is of particular concern as people are consuming more fresh fruits and vegetables, even those out of season. When the produce is shipped from afar in warm and moist shipping containers, that’s when problems can start.

This is especially true when the products are already packaged –– a situation that provides the optimum habitat for the sticky, slimy germ-filled goo to form.

One way around slime buildup is to clean food carefully before it is eaten. But most people aren’t proficient at this task. The US Centers for Disease Control and Prevention estimates that food-borne problems causes about 48 million illnesses every year in the United States, with about 45% of these illnesses caused by bacteria.

If the Israeli product can be added to packaging and on shipping crates, consumers would be protected in revolutionary numbers. 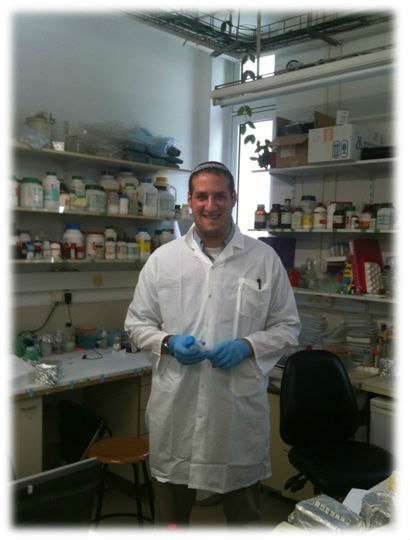 Michael Brandwein in the lab.

“We have shown that these ‘quorum-quenching polymers’ dramatically reduce the biofilm load on corrugated cardboard, leading to a healthier and more efficient method of transporting today’s food,” Brandwein explains.

Though he emphasizes that the molecule itself predates his participation in the research, this is the first time someone took it and applied it to something very practical.

“While millions of dollars have been spent globally to develop antimicrobial polymers, no one has succeeded in developing and marketing anti-quorum sensing/anti-biofilm polymers,” says Brandwein, now working on a joint master’s-PhD project in biomedical sciences.

“We therefore predict that our product will enjoy exclusivity for many years to come,” Brandwein asserts.

Hebrew University’s tech transfer company, Yissum, now holds the patents on this molecule and application and has signed a deal with B.G. Tech of Kibbutz Beit Guvrin to take the product to market.

The group has a commercial partner in the United States and id looking for new market opportunities to bust slime.