There are so many “why didn’t I think of that” crowdfunding campaigns now underway that choosing which one(s) to support has never been tougher.

On the one hand, the Jerusalem team behind Fugu Luggage Expandable Suitcase can breathe a sigh of relief that its idea will become a reality, having already surpassed the initial $50,000 campaign goal.

But you can still join the community of backers behind this adjustable patented suitcase. The Fugu – with its built-in shelves that can be attached or collapsed at any time – will likely kick off a revolution in luggage product design … if it hasn’t already 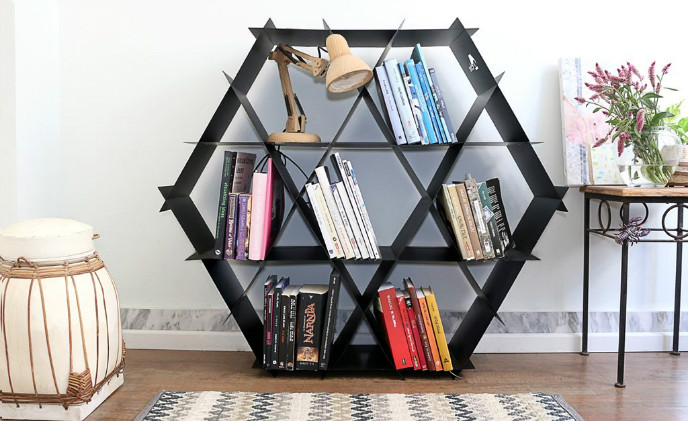 These cardboard or aluminum shelving units – said to take just six minutes to set up without tools, glue or screws – have gained good press reviews so far. Now, the crowdfunding community is being asked to help make these recyclable and fashionable storage systems a reality.

If we’re talking crowdfunding in Israel, it’s inevitable that there are technology startups on the list as well. Sesame Touch-Free Smartphone is one of the most heartwarming projects seeking founds.

It’s being dubbed “the first smartphone designed for people with limited or no use of their hands.” 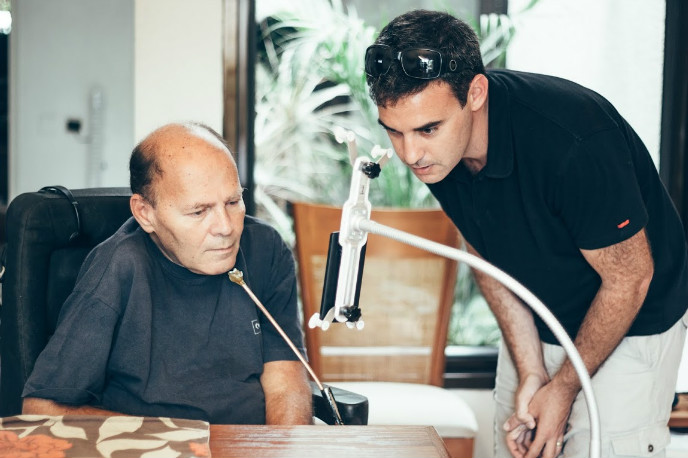 Giora Livne, a quadriplegic, and Oded Ben Dov, an app developer and computer vision expert, have been fine-tuning the Sesame software technology for two years through their startup, Sesame Enable.

“Sesame-powered devices enable those with limited or no ability to use their hands to navigate their smartphone, by translating simple head movements into commands that the device will recognize. The Sesame Phone can do all the things a regular smartphone can do, entirely hands-free,” they explain on the campaign site.

And finally, the BitBite wearable nutrition monitor could change people’s eating habits for the better.

The “world’s first wearable device that monitors eating habits and helps improve them,” this little earpiece will track, analyze and offer tips.

“I wanted to create a comfortable and effective wearable for losing weight. I wanted to help not just myself, but the world deal with one of its biggest problems today: overweight and obesity,” Etai Granit, founder and CEO of BitBite, says on the campaign site.

Granit gathered a tech and clinical team to mesh innovative algorithms with the diet world. Now the question is whether the crowdfunding community will ante up to the $60,000 needed to get this device into everyone’s ear.