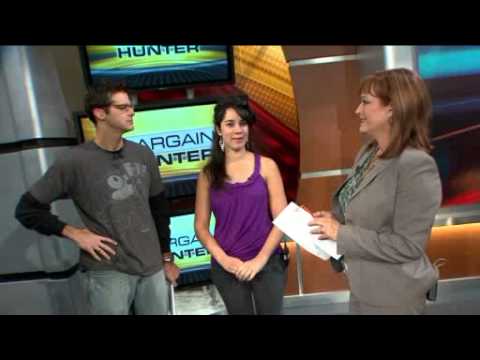 At Fiverr, you can quickly buy or sell anything from a bedtime story to vacation advice, all for five bucks.

“What would you do for a fiver?” That’s the question Israeli startup Fiverr asks in big letters on the site’s home page. The answer: A lot of really weird stuff.

Ever wonder what it would look like to throw a toaster off a tall building to see how it smashes? There’s someone on Fiverr who’ll do that.

Want to see your face drawn as an “angry bird” (after the uber-popular mobile game)? $5 is all it takes.

Is a loved one craving a bedtime story? Hire someone at Fiverr to read you (or your kid) a Dr. Seuss book.

Need to promote a new product? One Fiverr member is offering to get the word out to his 40,000 Facebook fans.

Spending the weekend in Munich and don’t know what to do? There are world travelers out there ready to share their expertise for just, you got it, $5.

If it’s not clear yet, the idea behind Fiverr is dead simple: If you have a service you’d like to offer to the public, you can post it as a “gig” on Fiverr. Buyers can search by category, popularity or user rating. Fiverr takes $1 out of every transaction and the buyer doesn’t pay until the seller has verified in some way that he or she did what was contracted (for example, posting a video of that smashed-up toaster).

If Fiverr sounds like a lightweight concept, with appeal to a limited number of loony users, consider that the site has thousands of gigs and some sellers are generating hundreds and even thousands of dollars a month.

Fiverr has spawned a cottage industry of copycats, some of them nearly pixel-by-pixel clones. The only differences seem to be the amount you can spend (TenBux goes up to $10; GigBucks up to $100) or what the website takes in return (Zeerk advertises “no commissions” on $2 and $5 sales).

Fiverr, as the granddaddy, is still the biggest. “There are a half a million services that have been offered on Fiverr, and we’re growing at 1,000 new offers a day,” CEO Micha Kaufman tells ISRAEL21c.

As with the best ideas, Fiverr grew out of a real need. Shai Winniger, the company’s CTO and co-founder, decided to start a personal blog at the popular WordPress platform. Even though he’s a techie through and through, it took him a day to set the site up and tweak it. There must be someone else who could do this in just minutes, he mused. And that person ought to have a soapbox to mass-market his or her knowledge.

Kaufman took Winniger’s idea and turned it into a business where the average person can make money on his or her skills.

While there are plenty of off-beat offers, the key to making decent money as a Fiverr seller is to provide something you can do repeatedly with “reasonable effort,” Kaufman says.

Creating an entire graphic logo would be too much work. Writing a message in the sand and taking a photo of it – not so tough, especially if you can bunch 100 orders at once and you live near the beach. Ditto for the guy who takes a photo of himself in Times Square holding a sign with a client’s business message. It’s fun, cheap and has the potential to go viral. Fiverr’s top categories, not surprisingly, are graphics and business.

Fiverr has a mobile app, but it’s currently intended primarily for sellers to track orders. An iPhone version for buyers is on the way.

Easy as ordering coffee to go

To make a service like Fiverr popular, it has to be easy. “It takes a new user less than two minutes to open an account,” Kaufman says. “And it takes only 20 seconds to buy something. There’s no bidding on the price. It’s like ordering a cappuccino — it’s a no-brainer.”

That goes whether it’s a serious offer, like recording a professional voice-over for $5 or – as one recent seller posted – building a sand sculpture with your personalized holiday message.

Some sellers are undoubtedly using Fiverr as a form of lead generation: If a buyer develops a trust relationship with a seller, the two can connect outside of the Fiverr framework. But working inside of Fiverr offers anonymity. That can be good for a seller who’s moonlighting, but also for a Fortune 500 company that doesn’t want the seller to know who’s making the order.

Kaufman says there are no plans to add advertising links or banners, though the site does offer “featured” vendor placement.

“We don’t want visitors to get confused about what’s being offered,” Kaufman says. “We’re not trying to recruit eyeballs to click on ads. We’re using eyeballs to convert viewers into buyers and sellers.”

Kaufman, 40, has been an entrepreneur for 15 years. After working as a lawyer specializing in patents and intellectual property, he started Spotback, an Internet company providing content recommendation.

Fiverr doesn’t have to do much active promotion, he adds. “Our users do it for us,” by posting to Facebook, Twitter and other social media sites. Nevertheless, Fiverr has been covered all over the media, from Wall Street Journal blogs to Fox News (see video below).