More than 1.3 million Israelis have already received both doses of the Covid-19 vaccine from Pfizer-BioNTech.

The extraordinarily fast and organized vaccination campaign in Israel is unmatched per capita anywhere in the world.

By design, this fast rollout is providing Pfizer – and the rest of us – with the first critical real-world data on brand-new mRNA vaccines.

This type of vaccine instructs cells to make a “spike” protein that triggers the immune system to produce antibodies against the matching spike protein on the surface of the SARS-CoV-2 coronavirus, which causes Covid-19.

“Pfizer knows the data they will get from Israel is good and accurate. They see our rate of vaccination is very efficient so they can report post-marketing data to the FDA quickly,” says microbiology expert Dr. Natan Keller, vice-chairman of Sheba Medical Center’s Institutional Review Board Committee and past president of the Israeli Society of Infectious Diseases.

FDA emergency use approval for the Pfizer vaccine was based on a study of 24,000 vaccine recipients and 24,000 placebo recipients, says Keller.

Israel now has data from more than 2.7 million who got at least one dose and the number increases by about 100,000 per day.

ISRAEL21c gathered information from local experts and national health-maintenance organizations (HMOs) on what Israel has learned about the vaccine and its efficient distribution.

We will continue to keep you updated as new data emerges, and as the Moderna mRNA vaccine comes into use in Israel.

Pfizer-BioNTech’s studies showed the mRNA vaccines to be about 95 percent effective within a certain amount of time after the second dose.

“We know Pfizer’s data was quite accurate,” says Keller. “Effectiveness is in the high 90s after the second dose — Pfizer says eight days, but I recommend 14 days for full immunity.”

Studies from the Clalit and Maccabi HMOs support Keller’s recommendation. Even so, Maccabi saw a 60% drop in Covid-19 hospitalizations among members aged 60 and over as little as two days after the second dose.

“Based on our data, we know most people infected after the first dose were infected within the first two weeks of vaccination,” says Keller. “We also know that statistically, the disease is less severe in the vaccinated [even one dose] than in the non-vaccinated.”

Indeed, Maccabi reported that although 20 members got infected with Covid-19 after the second dose — out of 128,600 in total – they experienced only mild symptoms and recovered at home. (Update: On January 28, Maccabi reported that 31 out of 163,000 people vaccinated by this HMO got infected in their first 10 days of full-strength protection, indicating that the vaccine is 92% effective in real-world use compared to 95% in Pfizer trials.)

Also encouraging was a Sheba study that found employees who received both doses had more antibodies against the novel coronavirus than did recovered Covid-19 patients.

What we don’t know

“For now, nobody knows how long the vaccine protects,” says Keller. “We may need updated vaccines every year or two.”

Dr. Gili Regev-Yochay, director of Sheba’s Infectious Disease Epidemiology Unit, and her staff will follow up for more than a year with vaccinated volunteers to continue studying the interaction between the virus and the vaccine.

Regev-Yochay said it is unlikely that vaccinated people can still spread the SARS-CoV-2 virus to others, but that’s not yet proven. 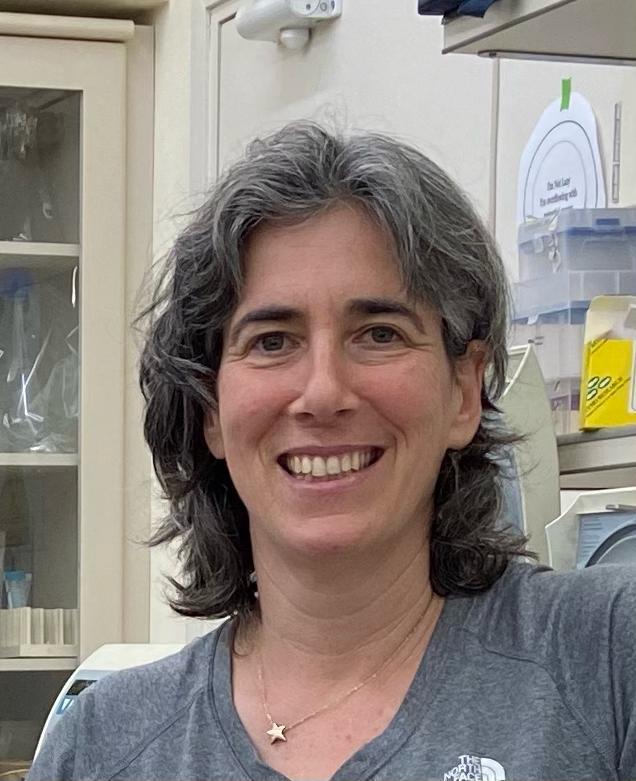 Nor is there scientific data supporting some countries’ decision to delay administration of the second dose due to high morbidity and vaccine shortages.

“Waiting longer might be better, the same, or it could be worse,” says Ella Sklan, PhD, of Tel Aviv University medical school’s department of clinical immunology and microbiology.

“Since 21 days between doses in the Pfizer trials and 28 days in the Moderna trials were the only conditions tested and proved efficient, any deviation from these schedules is an experiment,” Sklan tells ISRAEL21c.

“That’s why most health agencies do not recommend delaying the second dose. However, for other vaccines, though with different mechanisms of action, you can give the second dose half a year later and they work fine.”

“In general, vaccine side effects are extremely rare. With the Covid vaccine, mostly people have been reporting minor side effects from the first dose when they come for the second dose,” he says.

These effects are mainly soreness or pain at the injection site in the arm, which passes after a day or so.

“This comprehensive data is from medical staff or people above age 60, so we know most of the real side effects and it seems quite safe including minor side effects,” concludes Keller.

“Right now, the virus has infected almost 100 million people in the world and that creates a lot of chances for mutations to emerge,” says Sklan.

However, she adds, “We see only one to two mutations in the SARS-CoV-2 virus genome per month — which is not a lot compared to other viruses. Most mutations don’t cause any recognizable change in the virus and some actually harm the virus. It’s rare that a mutation gives a virus an advantage.”

She and Keller agree with experts who assume that the existing vaccines will be effective against most new variants. [Update: On January 28, Pfizer and BioNTech confirmed their vaccine’s effectiveness against the British and South African variations.]

“The mRNA vaccines [from Pfizer and Moderna] contain the sequence coding the spike protein — a large protein made up of 1,273 amino acids in a 3-dimensional structure,” Sklan explains.

“The antibody response generated by the vaccine is against multiple areas on the spike protein. Thus, if there are mutations, for example in 10 amino acids, we assume it will have some impact on the effectiveness but will not completely block the ability of the antibodies to neutralize the virus. In addition, aside from antibodies, we have other immune components that can attack the virus as well.”

Achieving herd immunity — indirect protection that occurs when a sufficient percentage of a population has immunity — depends on the number of infections in a community and other factors, says Sklan.

“But it will be difficult to stop infections if a large proportion of the population, such as children, are not vaccinated,” she adds.

Pfizer’s vaccine is approved for ages 16 and over; Israel has started vaccinating 16- to 18-year-olds. The pharma company is now doing trials on 12- to 16-year-olds. The Israeli government may be the first country to consider vaccinating children under 16 who are at high risk of if they get infected. For now, Sklan says, no vaccine developer is testing in children under 12.

“The only thing we can do, until the vaccine is approved for younger age groups, is get as many people as possible vaccinated in the age group that can get it, because that will lower the number of infections in the general population, the number of severe Covid-19 patients and the probability of the emergence of new variants.”

Israel’s Health Ministry is now advising pregnant women to vaccinated, citing several severe Covid-19 cases in pregnant women and “no evidence of harm resulting from vaccination during the entire pregnancy.”

Dr. Ran Balicer, epidemiologist and chief innovation officer for Clalit Health Services, and an adviser to the World Health Organization, recently tweeted, “If we can reach 60% [vaccination] coverage by March, viral transmission will likely be heavily disrupted and transmission dynamics considerably changed for the better.” 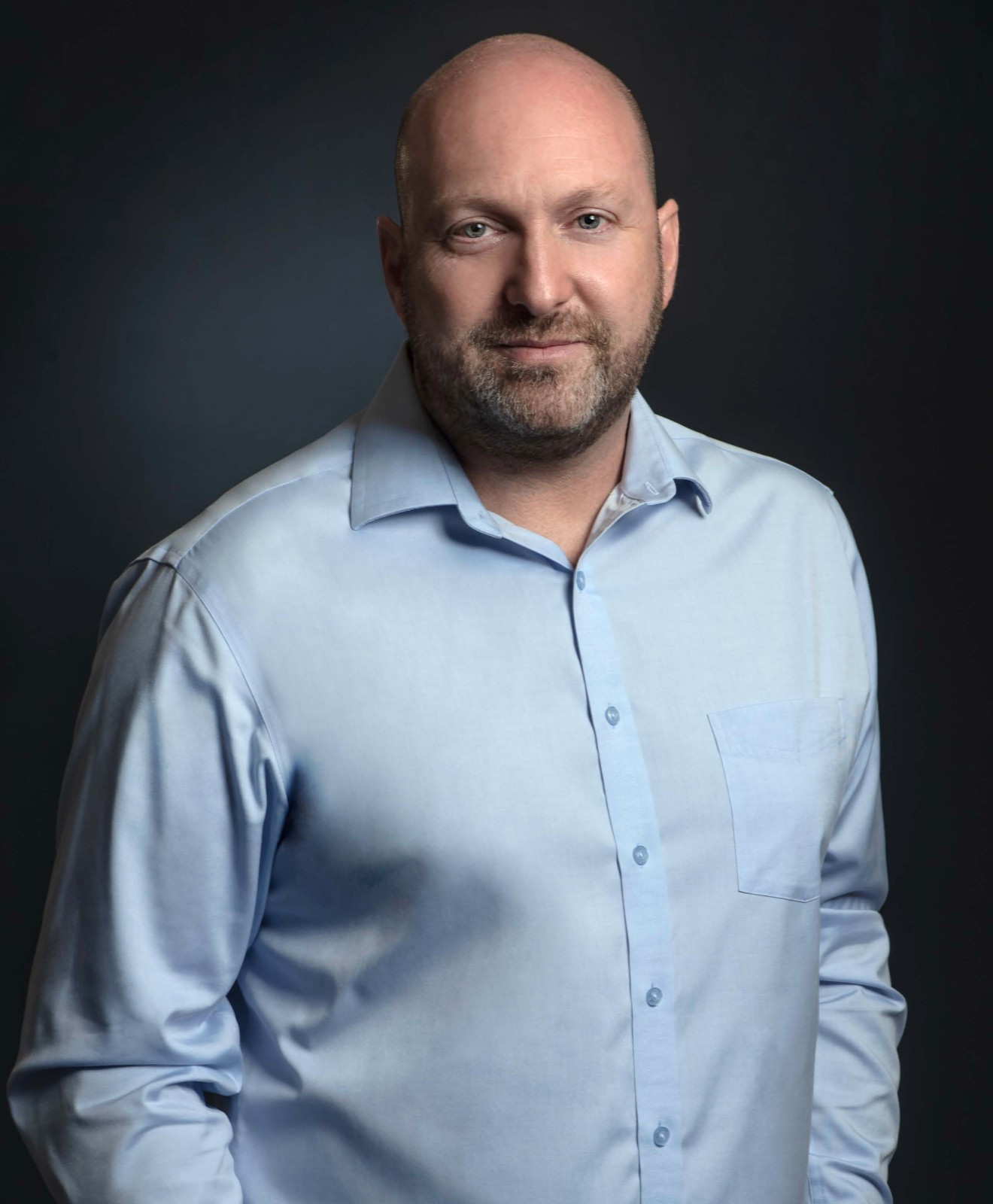 “Israel’s vaccine campaign was so successful because the Israeli government used the day-to-day apparatus of our HMO system that touches every citizen,” says Col. (Ret.) Avi Cohen, cofounder of SYN-RG-Ai.

“Great logistics won’t help if people don’t come,” he tells ISRAEL21c. “In Israel there are few who do not want to take the vaccine, compared to 40% in some European countries.”

Full research and clinical data from Pfizer and Moderna were provided to primary-care physicians in the HMOs. These physicians were the first to get vaccinated as an example to their patients.

Logistics were adjusted for each place. For example, in towns with inadequate transportation options, minibuses were available to take people to the nearest city to get vaccinated.

SYN-RG-Ai is advising several foreign governments and hopes to bring the Israeli model to other major cities, states and nations.

Cohen advises every country to put vaccination logistics into the hands of trusted organizations that work closely with citizens day to day, such as community volunteer groups.

“If you operate through the strongest and most trusted such group in each area, it works,” Cohen says.

Even as more data comes in on the effectiveness of Covid-19 vaccines, Sheba’s Keller says preventive measures of masks, social distancing and handwashing remain essential.

“Because there are always some people who will not get vaccinated — or who cannot get vaccinated for medical reasons including that they are under 16 or in chemotherapy, or immune deficient — it is very important not to stop taking precautions for many months,” he says. “We have a responsibility to protect them too.”

Clalit’s Balicer added that precautions also are necessary because no Covid-19 vaccine is 100 percent effective. “There is no complete protection,” he said.