Fresh out of Hebrew University with a food technology degree 26 years ago, Ronen Zohar got a job at Elite, supervising 12 middle-aged women as they coated caramelized orange peels with chocolate.

He climbed up the corporate ladder, and four years after Israel’s Strauss Group acquired Elite in 1997, Zohar was named CEO of Strauss Frito-Lay Salty Snacks. He then served as CEO of Strauss Dairies from 2005 to 2007, and from 2007 to 2014 he was CEO of Sabra Dipping Company, a Strauss and PepsiCo venture to introduce the Mideast chickpea paste to American consumers.

In those seven years, Zohar grew Sabra more than tenfold (from $45 million to $480 million), built a hummus factory and R&D facility in Virginia and positioned the company as the top seller of readymade hummus in North America.

“When I was about 35 years old, the Elite CEO asked me what is my dream, and I said it was to replace him. He told me that the best way to achieve this goal was to be part of a new joint venture we were going to do with PepsiCo [parent company of Frito-Lay] that would expose me to a stronger foundation than managing a big factory in Israel,” Zohar tells ISRAEL21c. “It wasn’t an easy decision, but it was the right thing to do.”

Nor was it an easy decision to leave Sabra when its creamy recipe developed specifically for the American palate was successfully working its way onto tables from New York to California. Zohar says it was a matter of prioritizing his family over his career.

“It was an amazing journey in the US, and Sabra has a huge opportunity to keep growing, but my children decided to move back to Israel to do army service,” he explains.

He and his wife, who had kept their house in the Israeli town of Gedera while living in New York, found it hard to be apart from their two older children – one of whom served in Operation Protective Edge in Gaza last summer. When their youngest also decided to return home, “We said ‘enough is enough;’ we need to be with them. For three years we were split up, and now we are all together.”

Though he misses hiking in Maine, Zohar and his wife and friends go out each weekend to cover part of the 1,000-kilometer (580-mile) Israel Trail.

Made in Israel
Zohar says he is fortunate to continue working for an Israel-based company with global activities. Switching from hummus to water puts him in a position to address the increasing worldwide demand and diminishing supply of quality drinking water.

“The trick is to find the right way to answer consumer needs. In hummus, Americans were looking for healthier dips but didn’t like the taste of hummus. We were lucky to be able to find that twist to fit American tastes and convey it to the consumer through tastings and samplings.” 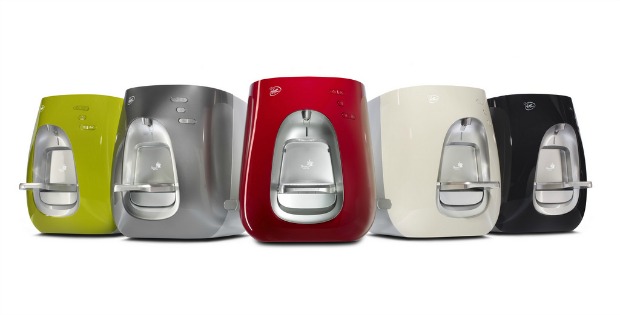 “We believe we have the knowhow and patents that can solve so many quality-of-water problems around the world,” says Zohar. “Right now we’re dealing mainly in China and the UK, and you can find our product on a small scale also in Canada, Costa Rica, Cyprus, Finland, Portugal and Singapore. In China, they have to boil water even to cook because the quality is so bad. Each country will have different needs. ”

Potable water is plentiful in the United States, but many consumers – including Zohar, when he lived there – don’t like tap water and therefore lug bottled water home from the supermarket. The Water Bar is meant to be a cheaper, easier alternative.

“All the technology in the Water Bar was developed in Israel. As a country, we have a lot of capability related to water treatment. Our knowledge gives us a huge advantage,” says Zohar, who aims to make Strauss Water a world leader in its category.

Scouts taught him leadership
“Ronen Zohar brings with him a rare combination of a people-oriented leadership style, extensive experience and strong proven skills in leading companies to impressive business performance, and knowledge in managing international partnerships and businesses in a complex environment,” said Strauss Group President and CEO Gadi Lesin.

Born and raised in North Tel Aviv, Zohar was active in the Tzofim-Israel Scouts and served five years in the army, finishing as a captain.

He says that these typical Israeli experiences groom future leaders, as both the Scouts and the army put an extraordinary amount of responsibility on youthful shoulders.

“When you are in 11th grade and have a team of children you need to lead, and figure out how to make [activities] interesting for them, it gives you a lot of tools for leadership and creative initiative. In the army there is an even higher level of responsibility, and that lays the foundation for your career.”

This is what gave him the confidence right out of college to supervise Elite production-line workers old enough to be his mother, Zohar says.

UNCOVER ISRAEL - Get the ISRAEL21c
Weekly Edition free by email
Sign Up Now!
Bring Israel's story to life.
Millions of people around the world rely on us to gain a deeper understanding of Israel. We are the trusted source for original content you won't find anywhere else.
You can make a difference. Donate today to support journalism that brings Israel’s story alive.
SUPPORT ISRAEL21c
Read more on:   Ronen Zohar, Business, hummus, Strauss