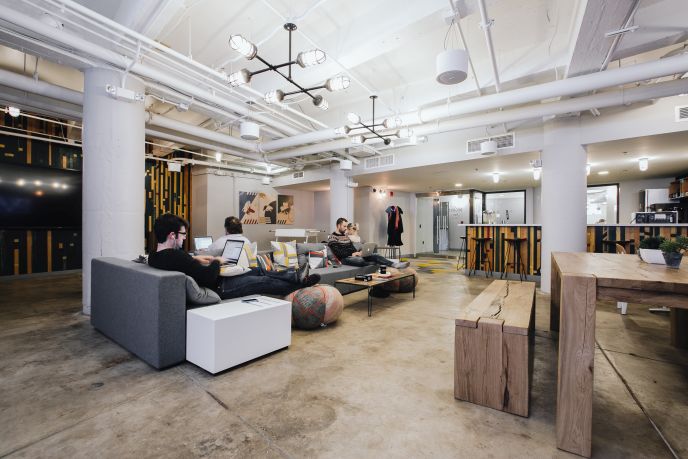 The lounge inside WeWork’s Boston office.

The lounge inside WeWork’s Boston office.

WeWork has landed in Israel, bringing its revolutionary approach to co-working spaces that is transforming business culture across the world.

WeWork, cofounded in the United States by Israeli native Adam Neumann in 2010, provides companies of any size with a communal atmosphere meant to foster organic business communities in and between cities including New York, San Francisco, Los Angeles, Boston, London and Amsterdam. Tel Aviv is the 12th city to join the WeWork revolution.

ISRAEL21c met with WeWork Israel Director Benjamin Singer shortly before the December 1 opening of Dubnov 7, the first of three initial sites. It houses 420 desks and 120 companies. Another will open on January 1, 2015, in Herzliya Pituah with 450 desks, and a 600-desk WeWork site will follow at Tel Aviv’s Sarona Market. 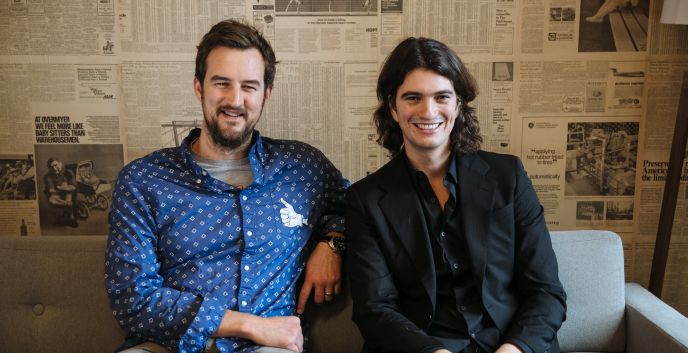 “Our uniqueness stems from the creation of a business community as well as the support and collaboration generated from it,” says Singer, an American citizen who moved to Israel in 1987 and went into the restaurant business. “The vibe here is not the vibe you’ll find in regular office buildings.”

The buildings also host events, joint projects and mentorships that co-working hubs typically sponsor, but they’re not organized by WeWork. Rather, they happen naturally once a critical mass of business people are sitting together in one location.

“We just have to be the platform to enable that,” says Singer.

On a trip to the United States after the 2009 publication of the bestselling Start-Up Nation coauthored by his brother Saul, Singer met with Neumann and immediately saw how well the WeWork concept (then called GreenDesk) fit his own interests in the hospitality and high-tech industries.

For the next five years, he scouted out potential buildings, investors and partners, and eventually shook on a deal with Neumann and his cofounder, Miguel McKelvey.

Meanwhile, WeWork was expanding rapidly with the backing of big names such as JPMorgan and Benchmark. Investor Mort Zuckerman, the billionaire publishing and commercial real-estate magnate, told Forbes magazine: “Adam [Neumann] understood in a very serious way that we are in a new culture.”

Of particular significance is the interest of established companies in WeWork’s collaborative workspace model. Startups are expected to comprise about half of the members in WeWork’s Israeli sites. Among the firms moving units of their operations into Dubnov 7 are Uber, Bank Leumi’s LeumiTech, Ernst & Young and My Heritage. 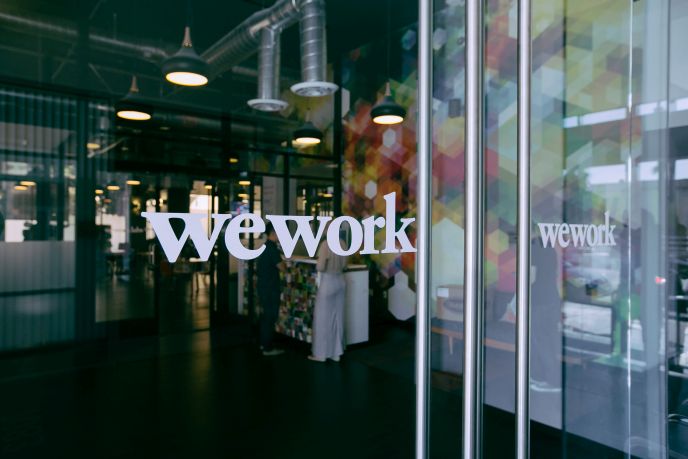 “I’m in contact with several fast-growing companies that are always looking for space,” says Singer.

“All our buildings are fully occupied without any advertising. Thirty percent of our growth comes from within, from current members growing. If I need to hire a graphic designer or an architect or a lawyer, I’ll find one right in the building.”

This is facilitated through the WeWork app — built by Roee Adler, formerly chief product architect at Soluto — that members use to accomplish anything from ordering lunch or a conference room (in any WeWork location) to identifying fellow-member service providers and accessing deals on things like insurance or web-hosting. The app even informs them when a visitor or package has arrived in the lobby.

Showing ISRAEL21c around the multistory building at Dubnov 7, which once housed a synagogue and a religious Zionist youth group, he explains that WeWork rented the property for 25 years and completely renovated it to assure design continuity across the WeWork brand. Hardwood floors and glass-and-aluminum dividers, with plenty of natural light pouring in, are central to the look.

Singer says he is convinced that WeWork is reinventing how people use offices. “We’re really the main driver in pushing this change forward,” he says. “You won’t see many future offices that aren’t like this.

Rather than contending with a long-term lease and the need to move anytime the company’s space needs change, WeWork members get a flexible arrangement costing from NIS 800 to NIS 2,200 per month, per desk, with options for an open area or offices.

“Companies just have to give a month’s notice before leaving, but otherwise they can stay as long as they like if they adhere to the membership agreement. In the US, about nine months is the average stay.” 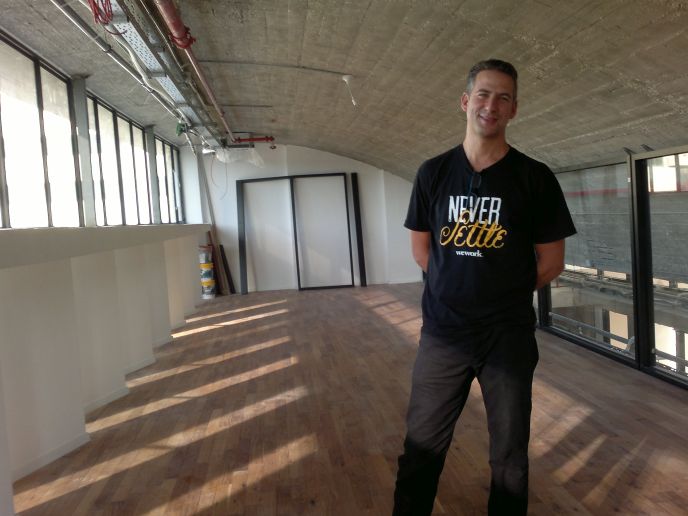 WeWork Israel Director Benjy Singer in the future workspace of My Heritage.

Singer is negotiating on additional locations. “Once you create the demand you have to supply the inventory,” he reasons. “And the bigger the community is, the more value we can bring to our members. In years to come, I think the community value will outweigh the space value.”

Establishing a presence in Israel is not only about Neumann coming back to build in the land of his birth, Singer adds. “This proves to investors that the WeWork model introduced in the United States works in a different market where there is an established entrepreneurship ecosystem,” he says.

And it also serves the interest of US-based WeWork members – four, so far — that have Israeli branches.