A new short film. Remembering WEIZAC: the beginning of computing in Israel, was recently posted on Google’s official blog. The movie, produced with support from Google as part of its ongoing computing heritage series, tells the story of WEIZAC (Weizmann Automatic Computer), the first computer in Israel, the first digital electronic computer constructed in the Middle East and one of the first large-scale, stored-program, electronic computers in the world.

“First imperative: Bring together the world’s most brilliant Jewish minds to design the computer. 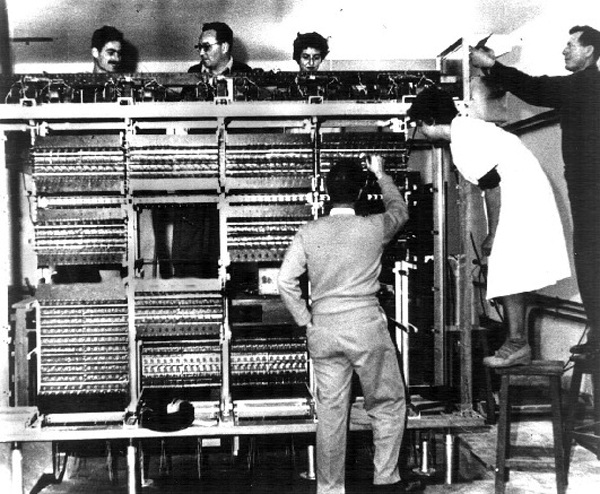 In 1945, the Institue invited Chaim Pekeris (Ph.D., Theoretical Geophysics, MIT), to establish a Department of Applied Mathematics. “Pekeris’ one condition: the building of a computer at the Institute, similar to the one he’d worked on at Princeton.”

The former head of the Computer Science Department at UCLA, Gerald Estrin (Ph.D., Electrical Engineering, University of Wisconsin), was invited to “help” the project. This being Israel, after he arrived with wife Thelma, an electrical engineer, Estrin was surprised to learn “…that I was not to ‘help’ the project but, rather, to take charge and be its director.” Like any good Israeli start-up, the project was housed in a basement; its small team rolled up their sleeves and got to work.

“Second: Find the parts to build it…”

WEIZAC’s Pekeris and technician Micha Kedem “roamed the streets of Tel Aviv in search of the parts … When their work required precision machinery, there was always the shop which produced fans and bicycle parts, owned by recent immigrants from Bulgaria.”

According to the IEEE Global History Network, “Estrin’s next major hurdle was the hiring and training of staff for the project. He identified a number of individuals with the right background, including Zvi Riesel, Aviezri Frankel and Yesheyahu Ziegel, to name a few.” 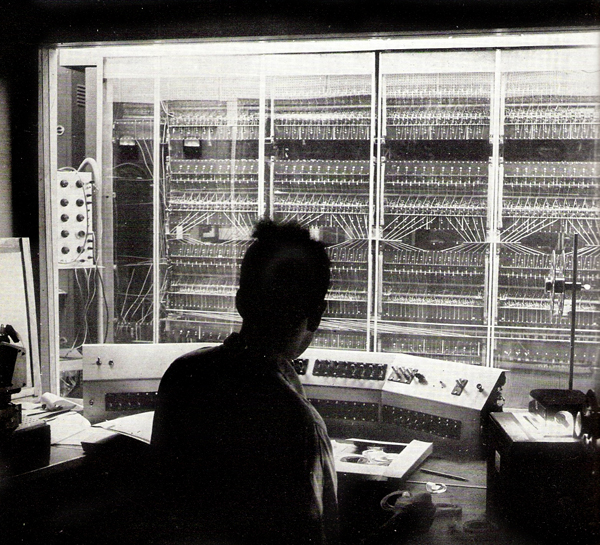 As a 2004 JTA interview with Estrin has it, “He placed an ad in a newspaper and right away ran into another unanticipated problem. Almost all the job applicants were post-war immigrants whose educational and employment records had been lost in the Holocaust. To winnow down the applicants, Estrin devised some simple tests to gauge their knowledge and aptitude. In short order, Estrin put together a core staff of three full-time engineers, a technician and a cleaning woman, who also was put in charge of punchcards.”

WEIZAC went online in late 1955. It was used to study problems like worldwide changes in tide, earthquakes, atomic spectroscopy, X-ray crystallography, random walk methods, numerical analysis and more. It was operational until December 29, 1963 when it was replaced by the GOLEM computer.

In 2006, WEIZAC was recognized by the IEEE as a milestone in the history of electrical engineering and computing. An IEEE plaque on the site at the Weizmann Institute reads in part: “The machine was the first digital electronic computer constructed in the Middle East and it became an indispensable scientific computing resource for many scientists and engineers worldwide.”

Estrin as quoted in The WEIZAC Days: “The WEIZAC people succeeded in creating the technological know-how necessary for Israel to play a strong role in the information revolution.”

It’s interesting to note that Albert Einstein, who sat on the Institute’s advisory board, wasn’t in favor of the project. “In case you ever wondered what Einstein thought about computers, the answer is: not much. Einstein raised a skeptical brow; computers were in their experimental stage and very expensive, he argued. In the end, Einstein… was finally persuaded to give a seal of approval to Pekeris’ bold proposal to build an electronic computer at the Weizmann Institute, akin to the von Neumann machine.”

In addition to the film Remembering WEIZAC: the beginning of computing in Israel, its well worth paying a visit to IEEE’s The Computer Pioneers, a six-part video oral history chronicling the building of both the WEIZAC and GOLEM computers. And you can still see WEIZAC on display at the Weizmann Institute – visitors are welcome. 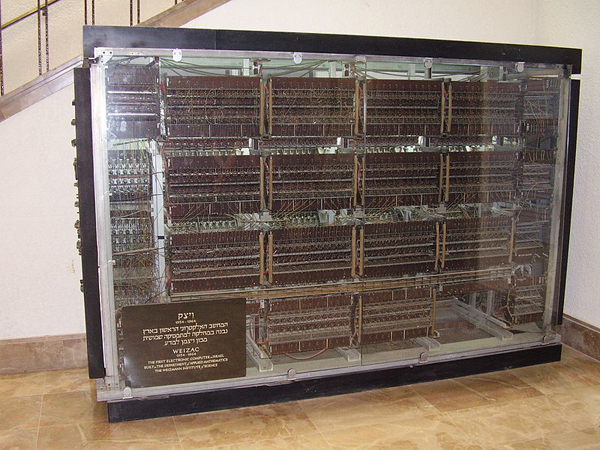