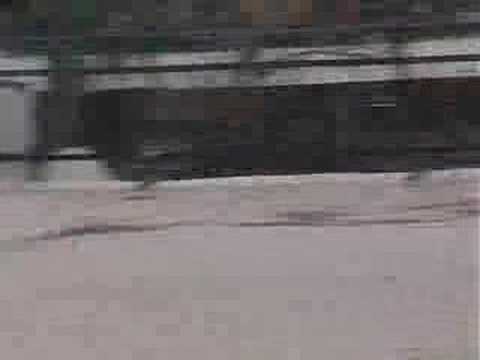 Inspired by seeing a bird flying in the rain, Prof. Edward Bormashenko has recreated a polymer that mimics the novel water-repellent surface used by birds.Noah may have had a good reason for sending a dove out from the ark to check if there was dry land, says an Israeli researcher.

According to Prof. Edward Bormashenko from the Department of Physics at the Ariel University Center of Samaria, the surface of a dove’s wing – and that of most birds – is the perfect raincoat, keeping water and dirt from sticking to their bodies.

Bormashenko’s current research into non-stick materials is based on this understanding, and could lead to self-cleaning textiles, and have important implications in the shipping, recreational sports and building industries.

Applying techniques from the fields of physics and nanotechnology, Bormashenko has succeeded in duplicating the material found on bird’s wings. He calls it a superhydrophobic polymer.

“It’s all because of the ‘roughness’ on the feathers of the bird,” Bormashenko tells ISRAEL21c, explaining that the surface of a bird’s feathers are covered in miniscule nano-sized grooves, 100 nm to 10 microns in width.

The unique grooves (at angles of 180 degrees), trap a blanket of air around the feather, and prevent liquids from attaching to the wing surface.

This is contrary to the popular opinion that birds’ feathers are covered in grease or oil, notes Bormashenko. “You could say that this is the case for ducks, but for other birds, not at all.”

Bormashenko has been researching the physical properties of surfaces for more than 20 years. His early research was based on the lotus flower. A few years ago, when his daughter was playing in the rain, she pointed out a bird whose body seemed impermeable to water.

This was a Eureka moment for Bormashenko, who since then, has been developing ways to recreate this novel water-repellent surface used by birds. And today, more and more scientists join the spirit of Bormashenko’s research, in using nature (or biomimicry), for solving our contemporary problems.

In the field of nanotechnology, Bormashenko predicts that within the next six months, a self-cleaning fabric will be released to the market. His particular research, he surmises, is best applied to the shipping industry or used for waterproofing buildings or tents. The patented technology is currently undergoing a pilot trial at an Israeli factory.

“Is if this material could be added to the surface of a ship, it would never need to be cleaned again” says Bormashenko. Normally ships and tankers – and their hulls – are cleaned at least once a year, if not more. This process is time-consuming, harmful to the environment, and costly.

Further applications could extend to the bio-medical field, since superhydrophic surfaces not only repel water, but other liquids such as urine and blood, as well.

But the sky’s the limit for Bormashenko’s research. He says that both organic and non-organic surfaces, such as metals, could be developed with the technology. Some materials could be embossed with the same grooving pattern found on feathers; while textile fibers could be treated in such a way that they will demonstrate superhydrophobic properties, he writes.

With the advent of new non-stick surfaces like his, maybe washing machines will become a thing of the past. Parents everywhere, can only hope.