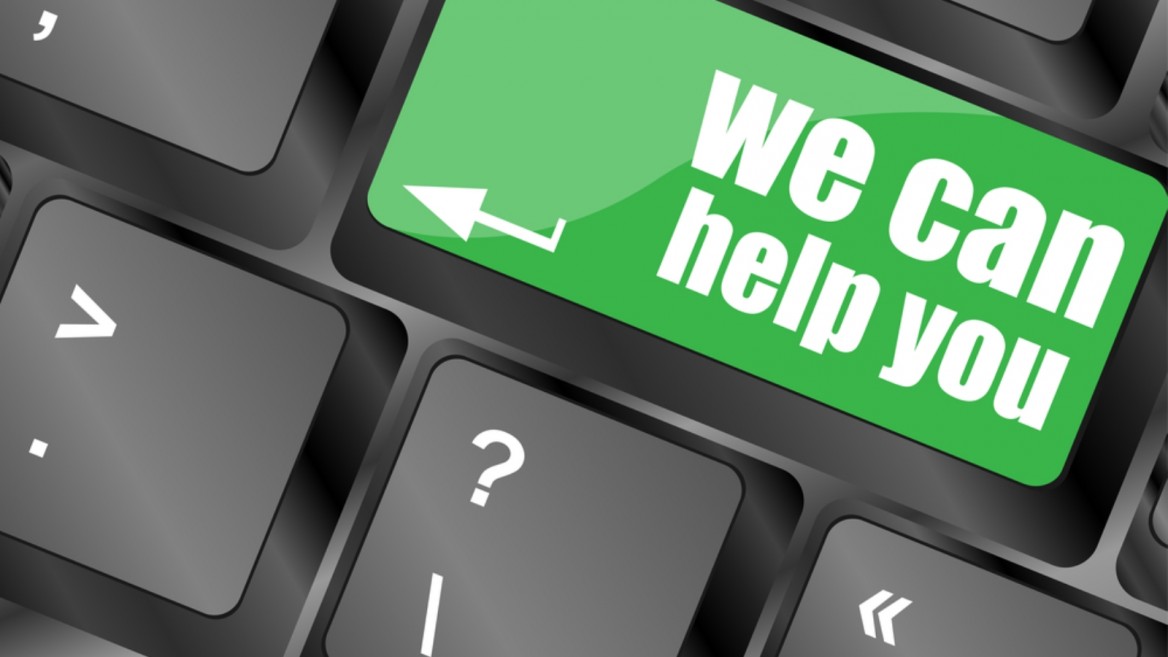 Eyal Cohen’s mom used to call him every time she needed help making a bank transaction online. The project manager at Leumi Card would drop everything and log in on his own screen so he could walk his mother through the steps.

“He figured there must be a better way,” says Rephael Sweary, president of WalkMe, the company that he and Cohen cofounded with Dan Adika in Tel Aviv in November 2011.

The following April, WalkMe launched its guidance and engagement platform to transform the online user experience with friendly tools such as pop-up balloons, notification bars and call-to-action buttons. 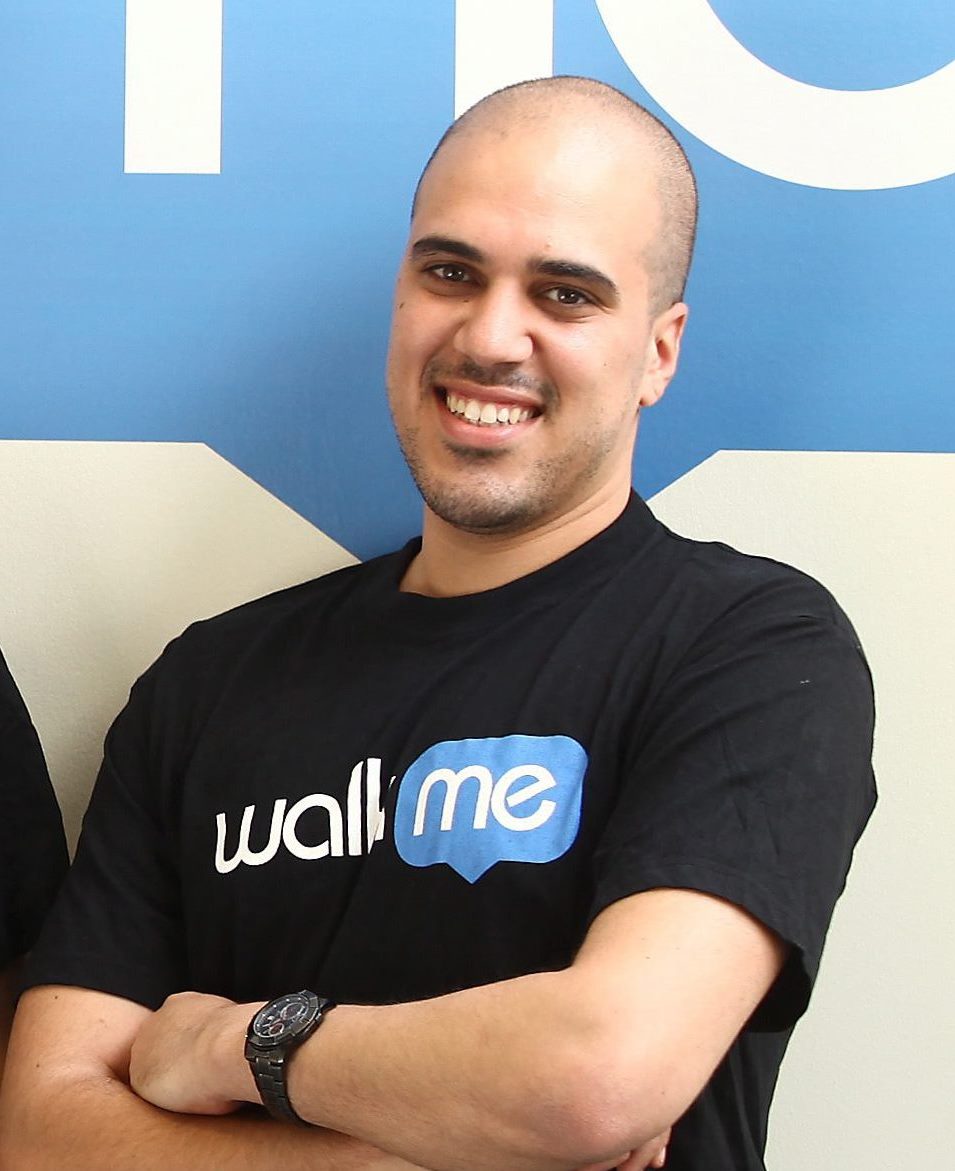 “Everyone can relate to the need to make things easier,” Sweary tells ISRAEL21c. “Nobody ever complains that a company makes an interface too easy. It just makes sense.”

“WalkMe has been a true leader and disruptor in the user experience landscape over the past few years,” said Jeff Horing, managing director at Insight Venture Partners. “We’ve been impressed by its tremendous growth, and we are pleased to partner with the company’s leadership team in this new phase of growth and innovation.”

The investment will fuel an aggressive expansion plan. In addition to offices in Tel Aviv, New York and San Francisco, WalkMe added locations in Raleigh, North Carolina, and Sydney, Australia, as it moves toward providing sales and customer support 24/7 anywhere in the world. Of just over 300 employees, 190 work in Tel Aviv.

“We’re also starting to penetrate into languages such as Japanese and French, and we’ll partner with local businesses in Japan and France,” says Sweary. The next area of interest will be Latin America, he adds.

No more manuals or video tutorials

WalkMe consists of three modules: Editor, used by administrators to create, edit and publish WalkMe Apps; Player, where users access WalkMe Apps; and Analytics, giving companies the scoop on how end-users are experiencing their website, app or service.

A context-intelligent algorithm tailors the WalkMe experience to each user’s role, tasks, actions and device. Most importantly, it eliminates the need for watching video tutorials or reading manuals or FAQ pages.

On the client side, using WalkMe doesn’t require any technical skills, downloads or software modifications.

Sweary says that even after four years in business, WalkMe has no direct competition. It’s used by many retail sites – one of the first to sign on was Domino’s Pizza in Israel – as well as education, health, telecom, travel, hospitality, utility and banking websites to simplify the user experience and reduce the rising costs of providing customer care .

WalkMe also formulated specific products to help employees learn to use the full potential of popular web applications on the job, such as Salesforce, SharePoint, SAP, Microsoft Dynamics and others. The idea is to enhance usability and productivity, and cutting training costs. 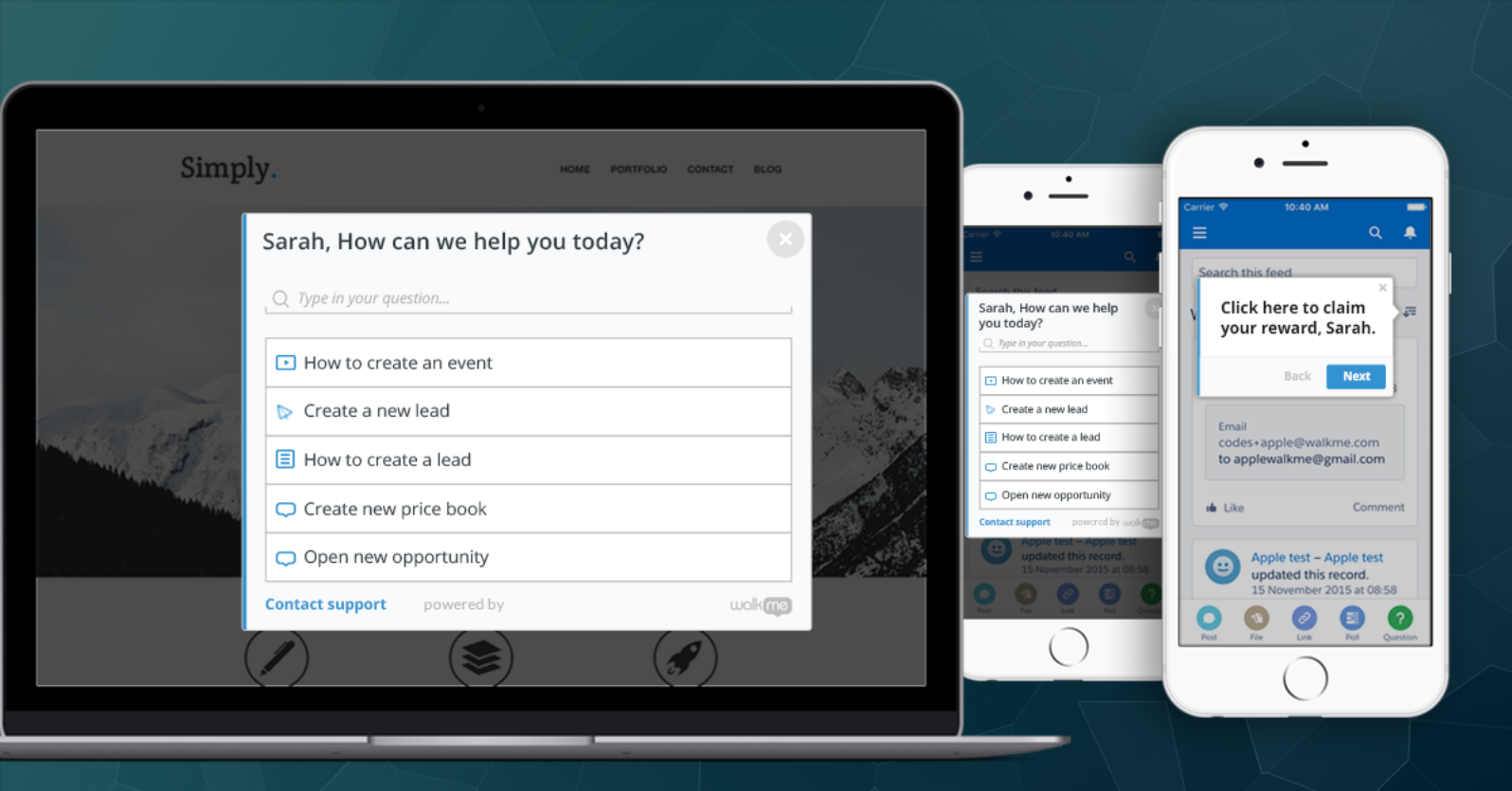 “WalkMe is being used to cut our learning curve in half,” according to a testimonial from India Anderson, quality program manager at Avalara, a Seattle-area company that develops cloud-based sales tax and compliance systems.

“Our support team has seen a double-digit decrease in the number of cases that we’re receiving, and a double -digit increase in the speed to go live on our service,” she said.

Nikki Pell, administration officer at Bruton Primary School in the UK, said WalkMe was integral to making the school’s new ParentMail system “intuitive and clever. …. The design is beautiful, it’s easy to use, and the whole platform has clearly been created for a school user.”