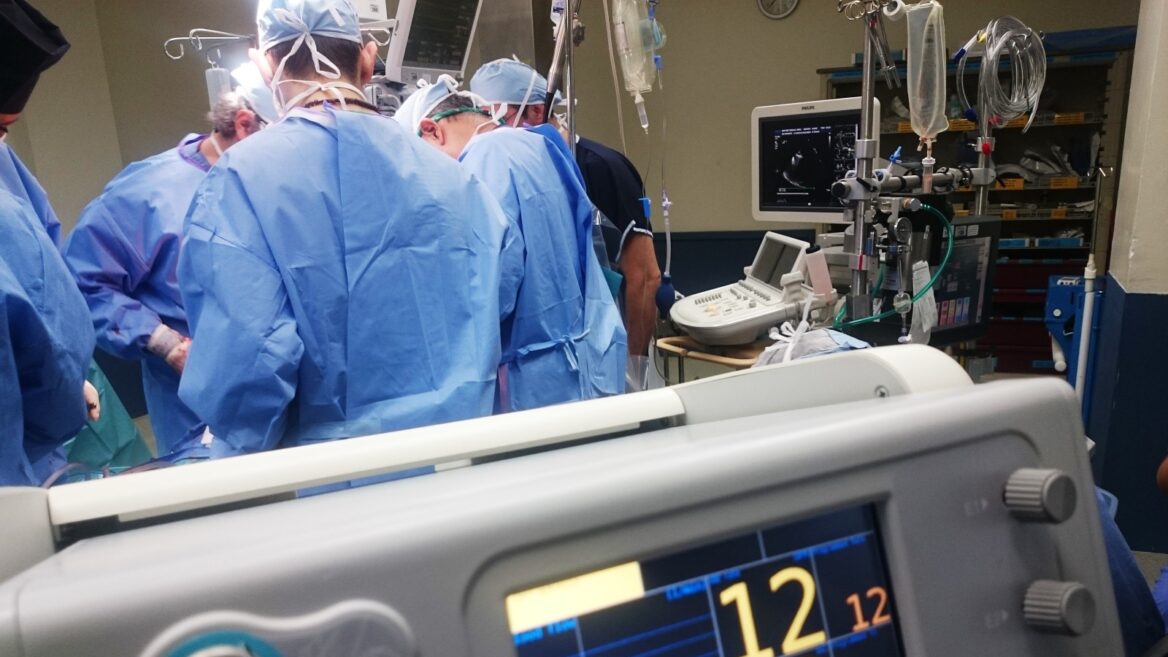 What’s responsible for some 400,000 deaths a year and $37 billion in financial losses in the United States alone?

It’s not Covid, cancer or opioids. Rather, it’s errors made by physicians, medical residents, nurses and surgeons in the ICU and ER.

To combat this all too human – and often avoidable – toll, Israeli startup DecideVR has rolled out a decision support system based on virtual reality (the “VR” in the company’s name).

The software product was developed by Prof. Alex Mintz, director of the Computerized Decision-Making Lab at Reichman University (formerly IDC) in Herzliya.

Mintz, who spent 18 years in the United States teaching at various institutions of higher education, returned to Israel in 2007 to become dean (and ultimately provost) at Reichman and, more recently, to start DecideVR, which has hired PhD students and researchers from America and Israel. 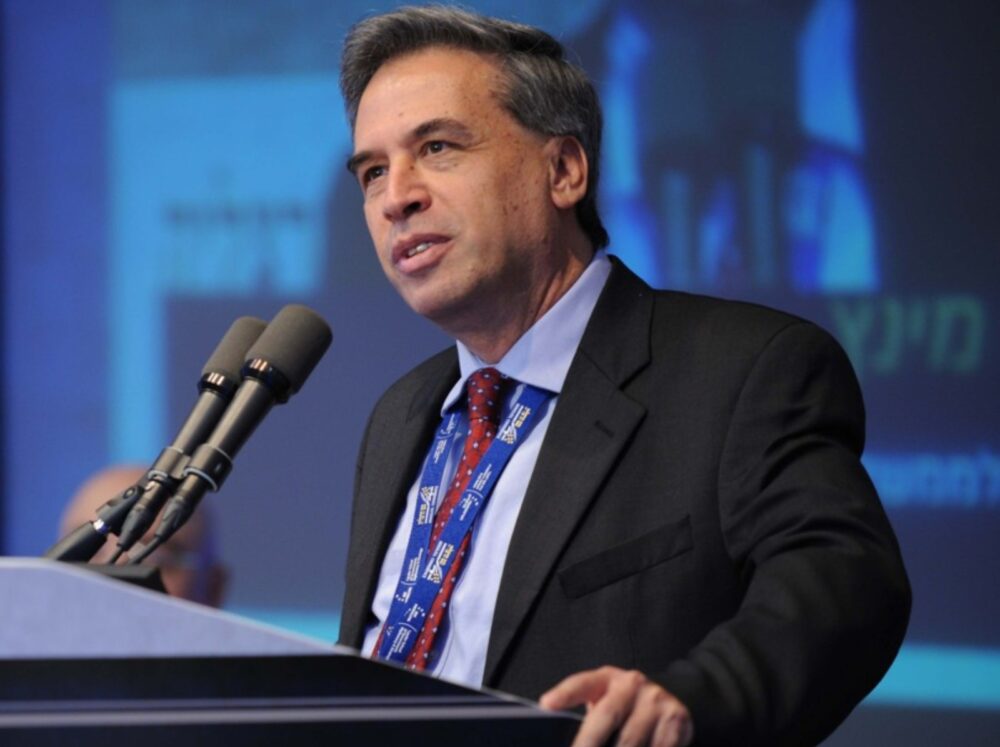 Mintz’s initial product was intended to be text- and visual-based, running on a standard computer or tablet. But a meeting with Prof. Nir Keren of Iowa State University changed all that.

Keren is a VR expert who has built simulators for NASA to train astronauts headed to the International Space Station. Keren, who serves as a senior advisor to the company, helped refocus DecideVR on the virtual side of the equation.

To use DecideVR, users strap on any off-the-shelf VR equipment, such as headsets from Meta-owned Oculus. Alternatively, they can run the program on a computer rather than through VR goggles.

Users are presented with various realistic scenarios in the ICU or ER. The simulation is populated by doctors, nurses and other hospital staff, as well as beds and medical equipment. Patients in the simulations are programmed with their own problems and personalities. Users must then decide what to do when presented with a trauma or emergency. 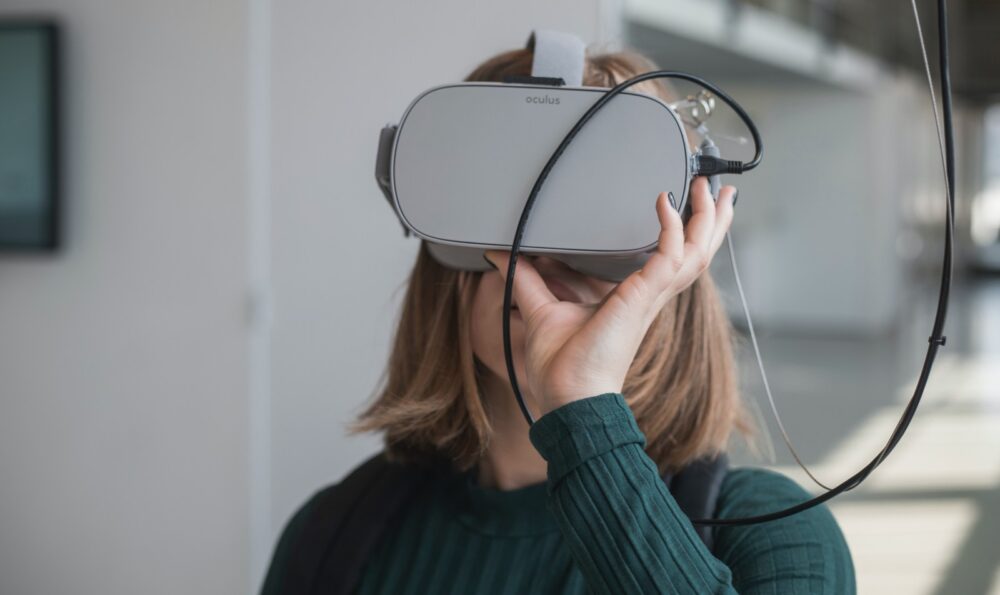 Not every scenario is so intense. A team of residents making its rounds and checking in with virtual patients is an example of a less high-stakes simulation.

The software is designed to uncover unconscious biases and to strengthen how users make decisions. The results can also be sent as an executive summary to hospital administrators and department heads.

DecideVR’s first specialty to simulate is cardiology in the ICU. After that, Mintz hopes to expand to cover general ICU issues, followed by oncology, maternity and more.

Mintz tells ISRAEL21c that future simulations may include cyberattacks, earthquakes, chemical spills and missile attacks – scenarios faced in many parts of the world.

DecideVR is now being trialed at nine hospitals around the world, including Hadassah, Beilinson and Assuta medical centers in Israel. They are collaborating with DecideVR to develop new scenarios to program. DecideVR will soon offer more than 50 VR scenarios for ICUs, Mintz notes.

Will use of VR in the ER be mandatory or voluntary for physicians and residents? “The doctors and heads of units love it,” Mintz says. “They want it in their departments. How they use it is up to them.”

For DecideVR to take off, creating an ecosystem of other medical VR companies will play a key role, and Mintz is in the process of establishing a Medical VR Forum and global roundtable with international experts. Companies will be able to present their work to the forum and learn from each other.

The first forum, expected to happen this summer, will explore how things will be done in the future in the metaverse, which refers to a collection of virtual reality, augmented reality and other immersive digital technologies that add a 3D dimension to our interactions with the Internet.

DecideVR software could be helpful in planning non-medical decision-making too; Mintz says he’s had conversations with Israel’s National Fire and Rescue Authority. Anything from department stores to banks could benefit.

But as with any startup, focus is critical when you’re getting started. And there’s plenty to do for now in the medical space, especially for a bootstrapped 10-person company.

“We only incorporated the company four months ago,” Mintz points out, although the decision engine logic has been in development by Mintz for nearly a decade.

He is a prolific author whose books include Terrorist Decision Making: A Leader-Centric Approach, Beyond Rationality and The Polythink Syndrome: U.S. Foreign Policy Decisions 9/11, Afghanistan, Iraq, Syria and ISIS. The latter won a 2017 Best Book Award from the International Society of Political Psychology.

Mintz also served as the editor in chief for the journal Political Psychology from 2010 to 2015 and has taught at Columbia University, Northwestern, Yale and Texas A&M.

But the best decision he’s made was to turn his decision-making expertise into a product that will save lives.

UNCOVER ISRAEL - Get the ISRAEL21c
Weekly Edition free by email
Sign Up Now!
Bring Israel's story to life.
Millions of people around the world rely on us to gain a deeper understanding of Israel. We are the trusted source for original content you won't find anywhere else.
You can make a difference. Donate today to support journalism that brings Israel’s story alive.
SUPPORT ISRAEL21c
Read more on:   Technology, Health, virtual reality, ICU, Emergency room, DecideVR