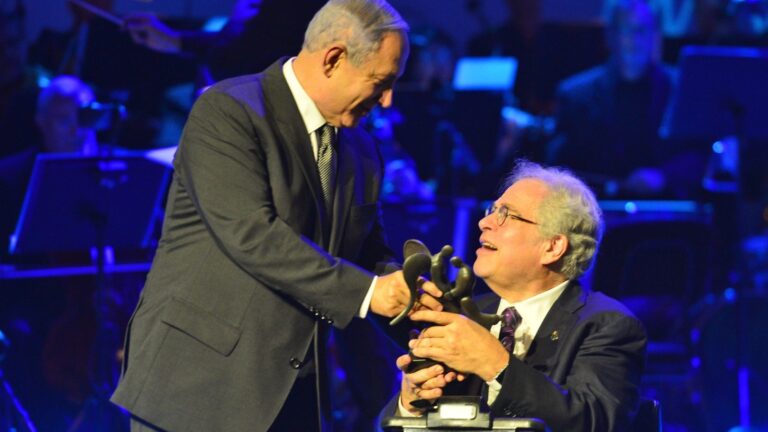 Oscar-winning actress Helen Mirren flew to Israel to be the official emcee at the presentation of the $1 million Genesis Prize – established in 2014 as a sort of “Jewish Nobel Prize” — to Israeli-American violinist Itzhak Perlman at the Jerusalem Theater on June 23.

“Genesis honors individuals who have attained excellence and renown in their field and inspire others through their dedication to Israel, the Jewish people and humanity as a whole,” said Prime Minister Benjamin Netanyahu. “The prize is centered in Israel but its impact is universal.”

Perlman said he’ll donate a portion of the prize money to developing “superior training for talented musicians in Israel” and another portion toward “creating a better and fairer world for men, women and children with disabilities.”

Mirren, who has visited Israel several times since volunteering on an agricultural kibbutz in 1967, said she firmly rejects efforts to boycott Israeli artists and disagrees with international artists who decide not to perform in Israel.

“The artists of the country are the people you need to communicate with and make a relationship with and learn from and build upon,” she said at a press event.

She also met with Arab and Jewish theater students at The Billy Crystal Program for Peace Through the Performing Arts at the Hebrew University of Jerusalem. 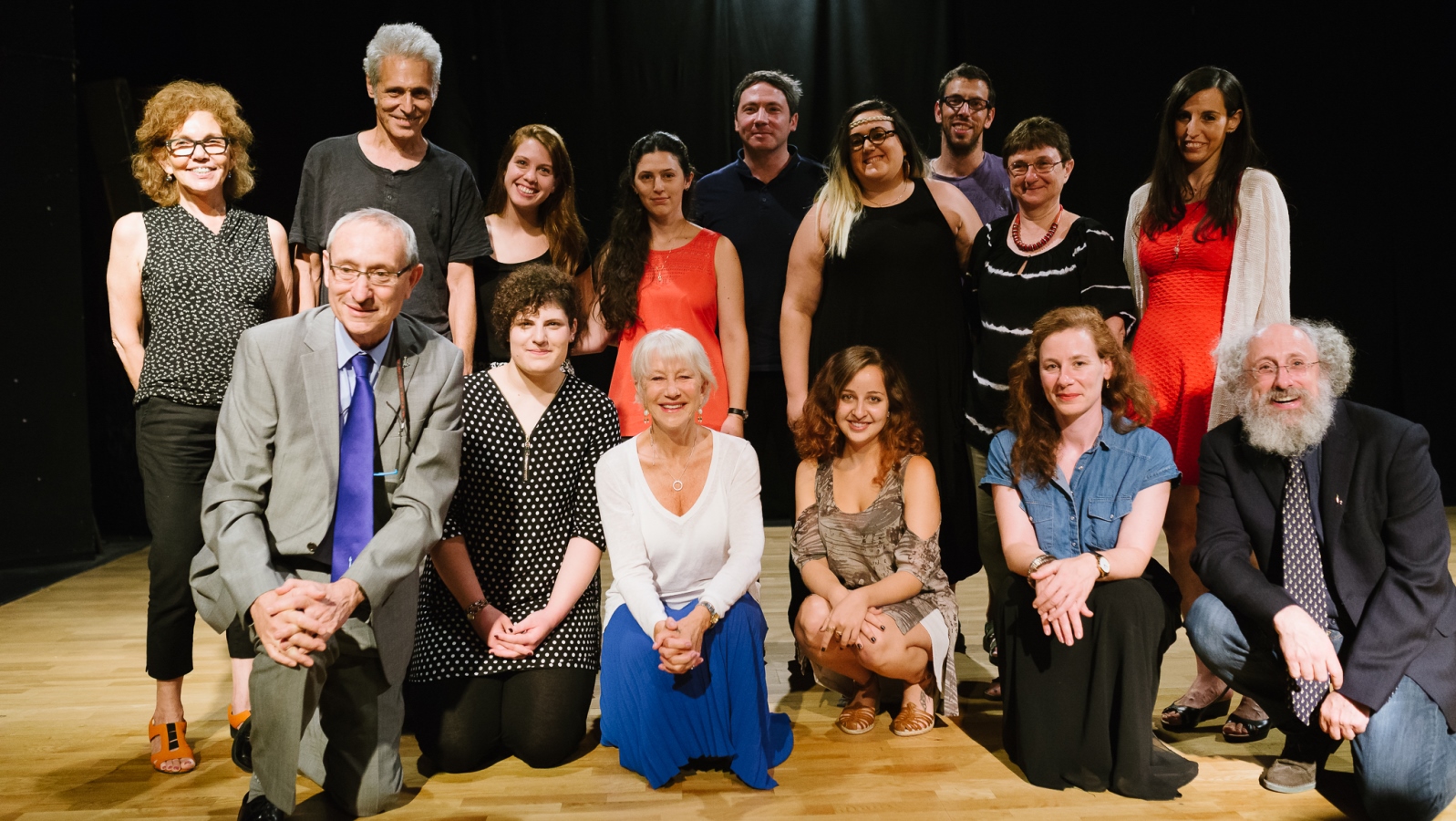 “I am a believer in Israel,” Mirren continued. “I think this is an extraordinary country filled with very, very extraordinary people.