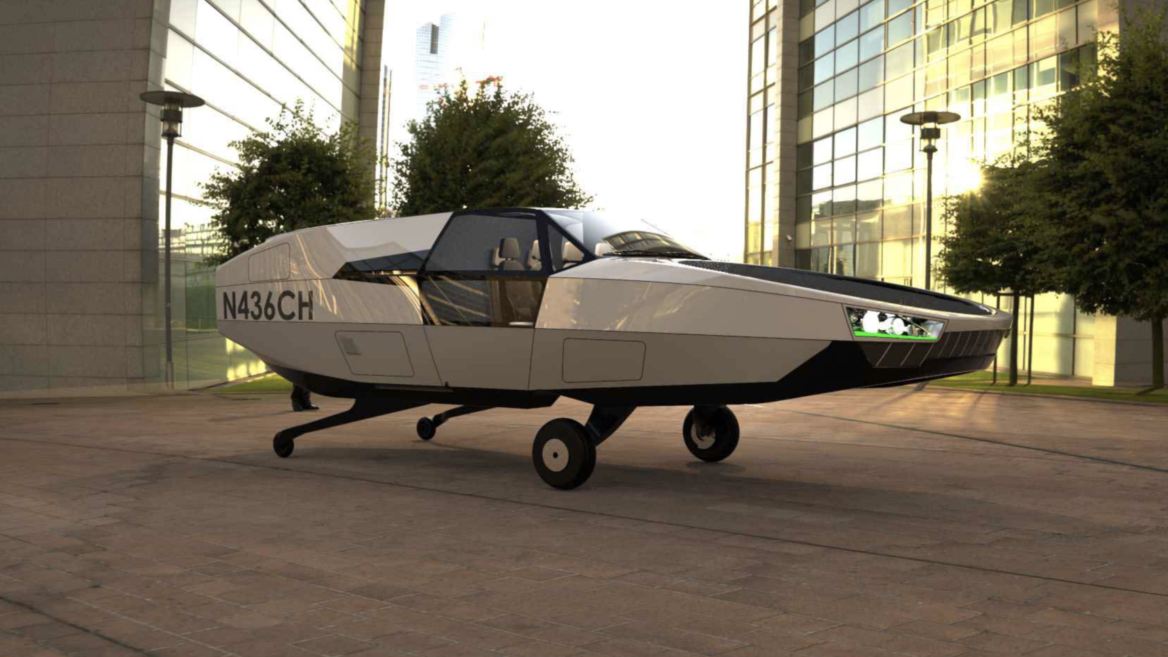 Urban Aeronautics (UA), a leading Israeli aerospace company is revolutionizing the future of urban mobility. The company designed and is currently developing car-sized aircraft that will provide safe and rapid transport via seamless city integration.

The CityHawk, designed by Boeing veteran Dr. Rafi Yoeli and Israel Aerospace Industries utilizes a new technology called Fancraft that incorporates two internal ducted fans that keep the craft aloft. Due to its internal design, the Urban Aeronautics VTOL aircraft has no wings or exposed rotors and can land and fly in challenging spaces that conventional aviation vehicles cannot access.

“Our vision,” says Haran Ben-Eliahou, Urban Aeronautic’s vice president, “is to create a vehicle for urban mobility. Everything is compact and enclosed within the vehicle to allow for safe transportation and the ability to land on any rooftop or available city corner.”

Ben-Eliahou explains that the primary use cases for VTOL aircraft are providing shuttle service between airports and city centers and serving as medical air ambulances to transport accident victims. “There are many places that helicopters cannot access and with a Cityhawk, you can save lives by arriving sooner than a regular ambulance.”

Designed to existing FAA requirements, Cityhawk utilizes powerful ducted fans, resulting in superior control, stability, speed, safety, and noise reduction. Following more than 300 test flights, the technology has clearly demonstrated the potential to fly in crowded terrain including urban, wooded, and mountainous areas where it is difficult for rotary helicopters and other aircraft to safely operate.

Cities around the world including LA, Vancouver, Singapore, Paris, and London, are taking their first steps towards implementing this revolutionary aviation with commercial flights expected by as early as 2025.

In just five years, thousands of VTOL aircraft worldwide will be shuttling passengers from airports to city centers. The infrastructure required for these devices, suggests Ben-Eliahou, will be more of a limiting factor than the aircraft itself.

“That’s what makes our product so unique. Since it does not rely on a lot of new infrastructures, it can make an almost seamless integration to the city.”

The Urban Aeronautics design has internal rotors which result in an intrinsically safer operation, shorter turnaround times, and a much larger passenger flow at scale giving UA an advantage over competitive models entering the market.

Urban Aeronautics has partnered with some of the leading names in the aerospace industry, including Boeing and Safran, the French aerospace component firm, with plans to receive FAA approval and be fully certified by 2026.

“Developing an aircraft takes time, but our plans are in place,” says Ben-Eliahou. “Our extensive experience with staff who have worked for IAI and other major commercial aviation companies, giving us a strong team to execute those plans and bring it to market.”

While initial versions of the CityHawk will run on a standard jet engine using jet fuel, the company expects future production models to run on electric engines powered by hydrogen fuel cells.

The company plans to design and produce the VTOL aircraft and is currently raising funding to initiate full-scale development. “There is a lot of hype surrounding VTOL products,” says Haran. “The future of this type of transport is very exciting.” Urban Aeronautics is actively looking for sources and investors to turn aerial mass transportation into a reality.

Urban Aeronautics recently announced an agreement with urban air mobility service Ascent to bring its aircraft to market. It has also executed a memorandum of understanding with Hatzolah Air to develop, produce, and market the CityHawk for emergency medical service (EMS) applications.

Eliezer Gross, the CEO of Besadno Group who have partnered with UA and facilitated the connection between Hatzolah Air and UA. “One of Hatzolah’s most important goals is be somewhere within minutes”, explains Gross.

“In the EMS field, Hatzolah Air which is a US-based EMS operator, sees the immediate life saving advantages of UA technology. Unlike helicopters, we can land anywhere within minutes. There is a true synergy between Hatzolah Air’s vision of being minutes away to improving the care of patients and UA’s ability to swiftly access otherwise difficult urban locations. It can take 45 minutes to an hour to get a patient to a hospital during rush hour in a city such as New York. Unlike a car or ambulance, CityHawks can fly over traffic, land in an area the size of a large parking spot, and airlift patients to a hospital within minutes.”

Under the terms of the Hatzolah Air / UA agreement, Hatzolah Air will help Israel-based Urban Aeronautics to develop, produce, and market the CityHawk in the emergency response market. According to Hatzolah Air president Eli Rowe, there is a potential market for 800 of the EMS version of the aircraft.

Other partners include Boeing, Adama, Safran, and HyPoint.

The company is led by veterans of IAI, Northrop Grumman, and Boeing, including some of the most experienced engineers in the industry. CEO Nimrod Golan-Yanay served for 25 years in the Israeli Air Force (IAF), retiring with the rank of lieutenant colonel. Founder and President Dr. Rafi Yoeli was previously a group leader at IAI and senior engineer at Boeing.

The CityHawk is planned to complete its development and FAA certification for emergency use and be ready for production within three to five years.