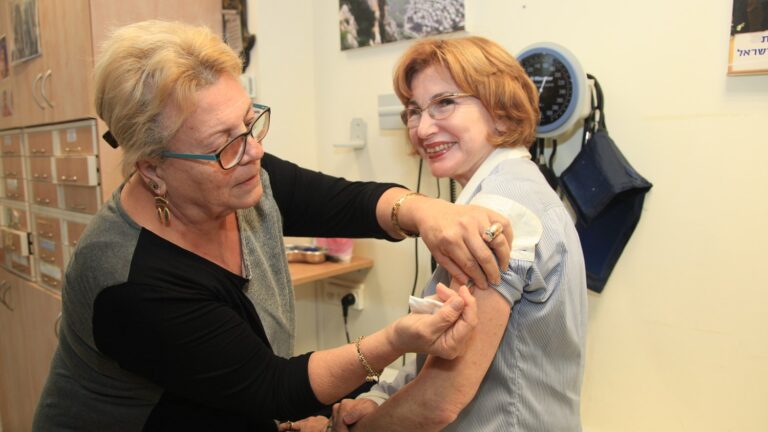 M-001 was injected intramuscularly to volunteers between the ages of 50 and 65, followed three weeks later by the standard 2014-15 season trivalent influenza vaccine. M-001 was found to be effective, safe and well tolerated.

And as demonstrated in previous tests, recipients showed an immune response against strains not included in the standard flu shot, including the H3N2 strain that has caused this year’s epidemic in the United States. These results support BiondVax’s claim that M-001 provides broader and improved coverage against multiple influenza type A and B strains.

The company reports that the safety profile demonstrated for the 1-mg dose, higher than in previous trials, will green-light BiondVax’s upcoming clinical testing in Europe. The larger dose could be particularly beneficial to a population with weakened immunity, such as the elderly.

“We are very happy with these results, as they demonstrate the importance and value to society of developing M-001,” said BiondVax President and CEO Dr. Ron Babecoff. “This successful trial brings us one step further towards the phase 3 clinical trial.”

UNCOVER ISRAEL - Get the ISRAEL21c
Weekly Edition free by email
Sign Up Now!
Bring Israel's story to life.
Millions of people around the world rely on us to gain a deeper understanding of Israel. We are the trusted source for original content you won't find anywhere else.
You can make a difference. Donate today to support journalism that brings Israel’s story alive.
SUPPORT ISRAEL21c
Read more on:   influenza, flu, Health