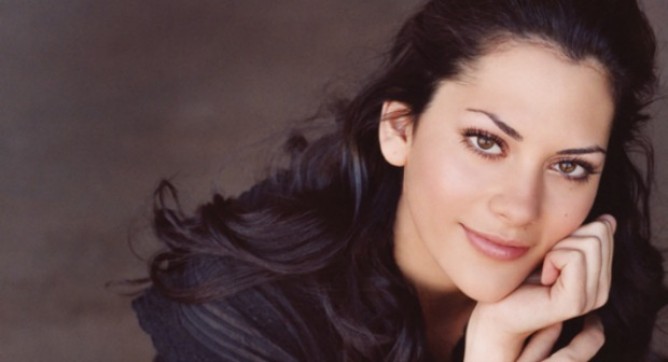 Lavi left for Hollywood at age 17. Photo by Jim Green

Raviva, one of the five just-out-of-college characters on MTV’s new series Underemployed, is played by Israeli native Inbar Lavi. The raven-haired, curvaceous 25-year-old is already familiar to viewers of such prime-time shows as Entourage, In Plain Sight and CSI: Miami, and the movies Tales of the Ancient Empire and Getting That Girl.

To listen to her, you wouldn’t guess Hebrew was Lavi’s first language, but as the Holon-born actress reveals in a Q&A with ISRAEL21c, she’s been perfecting her English ever since childhood with the express desire to make it in Tinseltown.

ISRAEL21c: Did you always want to be an actress?

Lavi: I wanted to act ever since I can remember. I used to put on plays and musicals for my family all the time as a kid. I knew I wanted to go to Hollywood and be in American cinema. I would ask my parents to speak only English around me so I could learn and get better at it.

I21c: Did you begin studying theater in Israel?

Lavi: Not exactly. I had a lot of stage experience in Israel but not in theater. I started out in the dance world — ballet and contemporary. We would perform in big concert halls throughout junior high and high school. That’s where I got my discipline for stage life. At Lee Strasberg [Theatre and Film Institute in Los Angeles] I got my real training in acting for film, TV and of course, theater.

I21c: Leaving Israel for California after high school must have been a difficult decision. How did your parents feel about your decision? Did you have family or friends in LA?

Lavi: My family always supported me in any way they could. They wanted me to be happy even if that meant doing something really crazy and scary, like going to live in a foreign country on my own at 17! They were all a bit worried about me, as you can imagine.

But I’m a tough cookie. I survived, and I definitely couldn’t have done it without their love and support. I moved to New York first and my dad’s cousin let me crash at her place for the first couple of weeks. After that I was on my own. When I moved to LA I was lucky to meet Batia and Aleeza, friends of my family, who let me stay with them for my first chunk of time in LA and get me on my feet.

I21c: To what do you attribute your relatively fast success?

Lavi: I don’t necessarily think there is a reason for any of the good fortune I’ve come across recently in my career. I would say hard work, perseverance, talent and honesty are all good things to have and nurture. They will get you places and keep you grounded. I work hard and I try to be good. 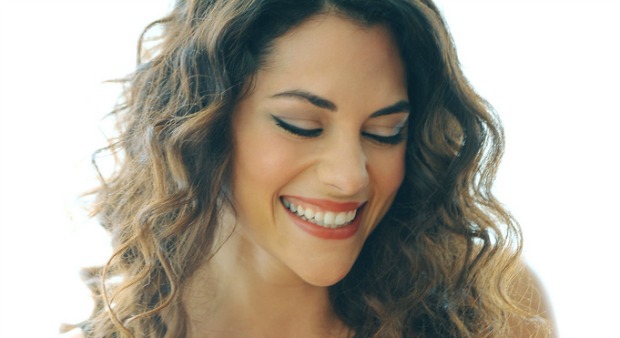 ‘I work hard and I try to be good,’ says Inbar Lavi. Photo by Marc Cartwright*

I21c: How do you manage to speak English without an accent?

Lavi: I worked at a video store in Israel for four years before leaving to the States. I used to rent movies by the case. I would sit at home and practice the actors’ dialect every day. It’s still a work in progress. Every now and then I’ll have a sip of wine and the Israeli in me will come out.

I21c: Do you feel your “Israeliness” is a factor in landing some of your roles?

Lavi: Of course. When you book a job, everything you are gets calculated. I AM Israeli. I am a strong, opinionated, unapologetic, confident individual and that will always be the essence people get from Inbar. If that’s right for the director for the kind of person they want to have running around their set all day, they’ll hire me. If not, they won’t. It’s a factor. Always will be.

I21c: Do colleagues and fans ever ask you to discuss “the situation” or life in Israel?

Lavi: Of course. It comes with the territory. I always tell them how safe and beautiful Israel really is. A lot of people have a pretty distorted image of Israel. I do my best to help them realize that’s simply not true. Israel is one of the coolest places in the world.

I21c: You had some gigs in Israel during a recent visit. Tell us about that.

Lavi: I did a campaign for Bank Leumi. We shot in Budapest, Hungary, and I worked with Yftach Klein, who is an amazing actor. My mom came with me for the filming and it was absolutely beautiful. I had a few meetings with some very cool directors and some auditions, so — fingers crossed.

I21c: Is Underemployed your most challenging role so far?

Lavi: Yes. This is my first lead on a show, first time I got to create an arc throughout an entire season. I also get to play a musician, so I learned to play guitar and sing. I’ve been writing my own songs and performed them in front of live human beings. One of my songs actually made it into the show. It’s been scary and wild, but best rides in life are. I still get a head rush just thinking about it.

I play a young mom and … I’ve been approached by girls on set saying they relate to what Raviva was going through. They were relieved to see they weren’t alone or … crazy. They had to deal with the same struggles as Raviva and were inspired to keep pushing and never give up, no matter what life throws their way. To inspire someone, anyone, for any reason, is the most rewarding thing in the world.