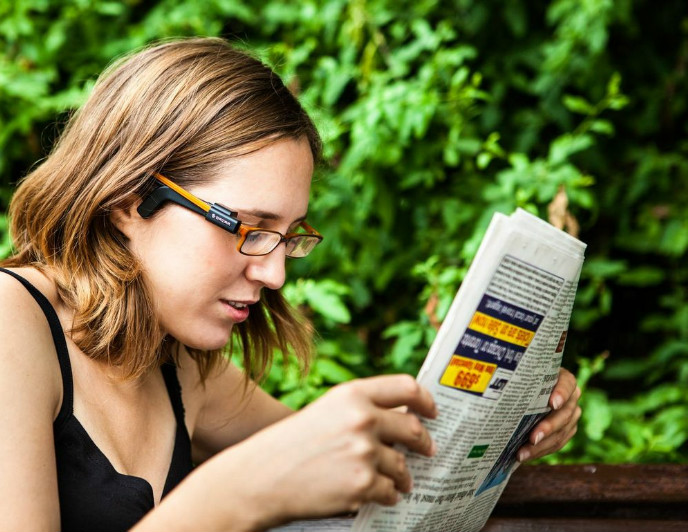 On Tuesday, Ben-Gurion University of the Negev is hosting a full-day exhibition of research-and-development activities in Israel designed to improve the quality of life for people with visual impairment.

“Light and Blindness” will take place at Beersheva’s Carasso Science Park in recognition of 2015 as UNESCO’s International Year of Light, emphasizing the importance of light-based technologies.

The day’s agenda includes the presentation of projects dedicated to this novel purpose to blind people from all over Israel, as well as a startup contest for companies devoted to innovative solutions for people with visual disabilities. The grand prize is free patent registration.

Also planned is an official opening ceremony for a specially designed walking trail for the blind in Carasso Science Park.

BGU, the only Israeli university with an electro-optics engineering unit — though there are academic colleges that offer majors in this field — recently won a tender for the NIS 175 million ($48 million) National Photonics and Electro-Optics Research Center with the Soreq Nuclear Research Center.

Groundbreaking solutions for people with visual impairments are a priority for many Israeli academics and entrepreneurs.

* A Tel Aviv University-led research team unveiled a wireless nanorod-nanotube film that enables light to stimulate blind eye tissue, thus paving the way for a prosthetic retina that could help alleviate blindness and other eye conditions

* Hebrew University of Jerusalem researchers launched the EyeMusic  app that uses musical notes to convey information about colors, shapes and location of objects to people with visual disabilities. The app is an example of a non-invasive sensory substitution device (SSD) that provides visual information via other senses.

* OrCam introduced its eyeglass clip-on device  that identifies thousands of objects — including the faces of loved ones, pets, bus signage, newspaper text and product labels — with the point of the finger, transmitting the information to the wearer’s ear via a voice system.

* Researchers from the Technion-Israel Institute of Technology developed a computer-driven tool to photo-stimulate retinal cells with precision and high resolution, in order to bypass neural circuitry and directly stimulate restored vision cells in people with retinitis pigmentosa.

UNCOVER ISRAEL - Get the ISRAEL21c
Weekly Edition free by email
Sign Up Now!
Bring Israel's story to life.
Millions of people around the world rely on us to gain a deeper understanding of Israel. We are the trusted source for original content you won't find anywhere else.
You can make a difference. Donate today to support journalism that brings Israel’s story alive.
SUPPORT ISRAEL21c
Read more on:   Ben-Gurion University, electro-optics engineering, Braille, UpSense, SSD, eyemusic, OrCam, Project RAY, retinitis pigmentosa, Innovation, Spotlight in Israel