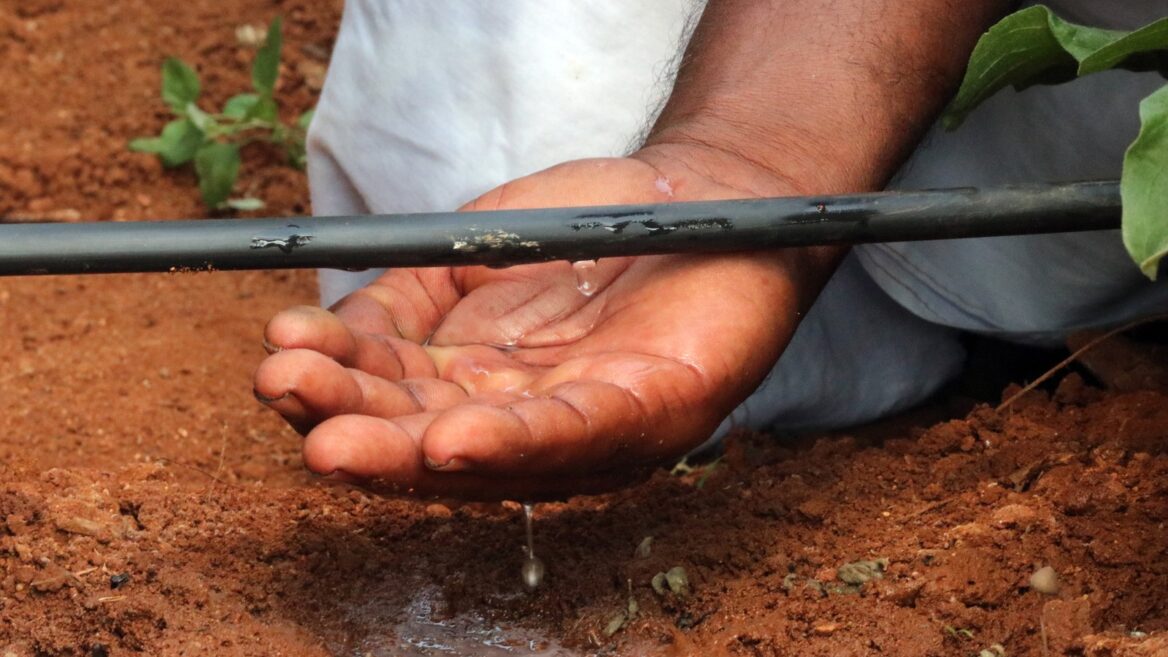 Global trends indicate that these survival basics are already jeopardized and will become seriously scarce in the not-so-distant future.

“If assumptions about population growth come true, we will need to feed about 10 billion people 30 years from today,” says Gaby Miodownik, CEO of Netafim, the kibbutz-based company that is driving mass adoption of smart irrigation as an important piece of the sustainability puzzle.

“We all know the challenges in terms of water and arable land. We will not have more water or more land in the future,” Miodownik tells ISRAEL21c. “We could make more land available through deforestation, but we would pay a big price in negative impacts on climate change.”

Netafim’s founders invented the method of embedding drippers in irrigation hoses to deliver measured doses of water and nutrients to crops at precise times and places.

“We believe that two powers – human will and technology – can really increase control and eventually help our farming be more sustainable and more efficient.”

Now it is the world’s leading irrigation company, with some $1.1 billion in sales in 100-plus countries in 2021. Through subsidiaries in about 40 countries and distributors in many more, Netafim has irrigated over 10 million hectares (24.7 million) acres.

But this and other precision irrigation companies have barely scratched the surface. According to a report from Start-Up Nation Central, 75% of Israel’s crops are drip irrigated compared to only 5% globally. 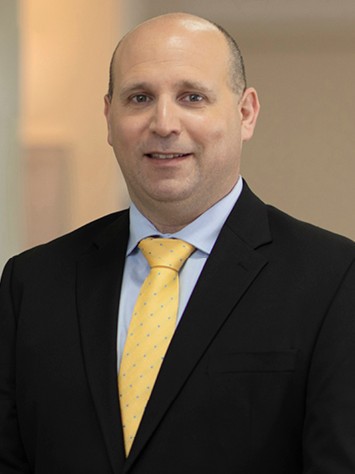 “Agriculture today is not being done sustainably,” says Miodownik. “Most water for agriculture is being used in the most inefficient way, by flooding the fields.”

In February, Miodownik delivered a keynote speech at the Dubai Expo on the agricultural challenges facing the region and the world and how precision irrigation can help save water and land.

“We believe that two powers – human will and technology – can really increase control and eventually help our farming be more sustainable and more efficient,” he says.

“If in the past farmers used to pray for rain and know that it would come in a predictable timeframe, now it’s not like that.”

More and more countries are turning to Israeli agricultural technologies as droughts and other extreme weather conditions affect every part of the world. 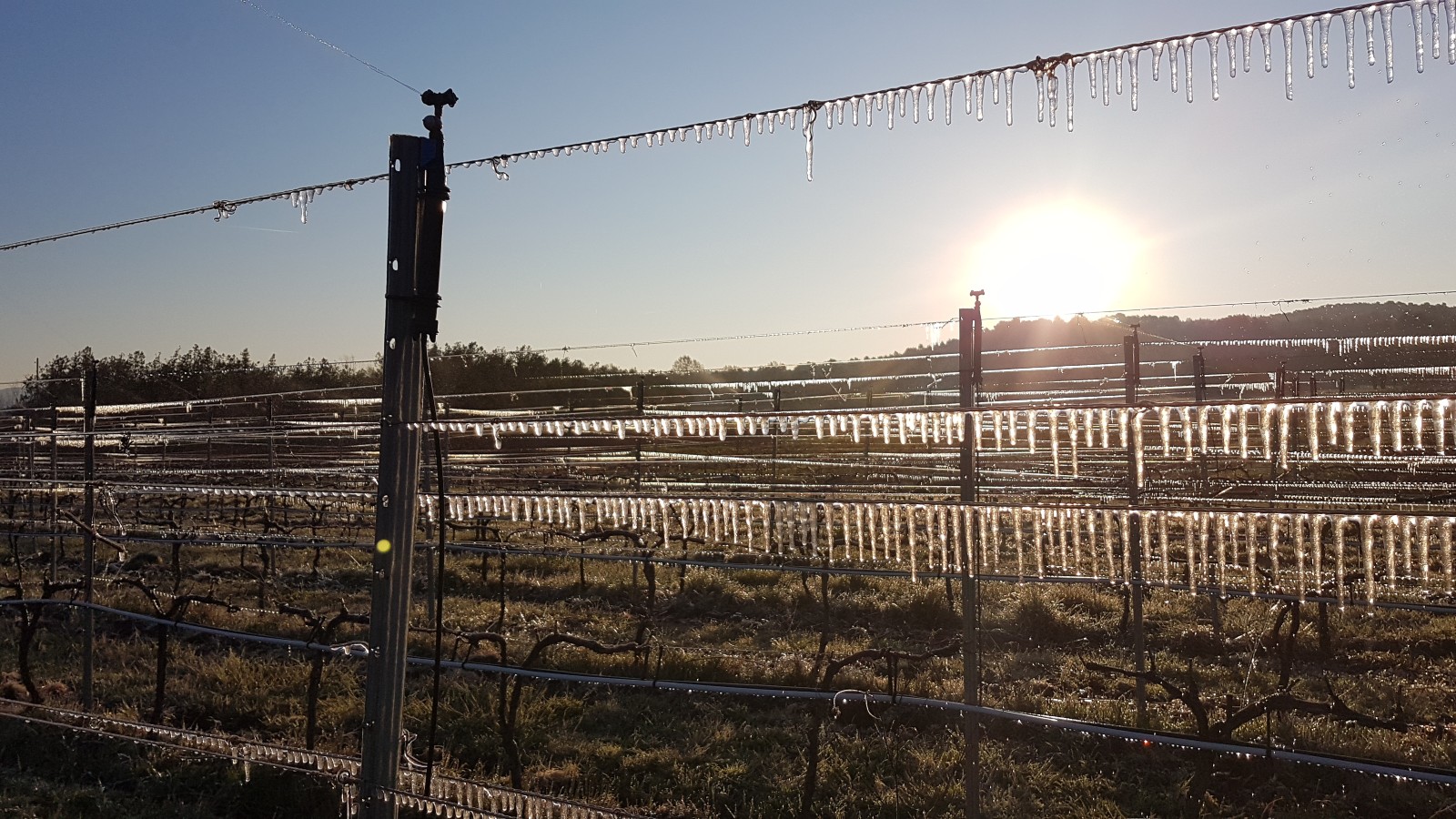 Miodownik credits this to seven decades of brilliant solutions born of sheer necessity. Most of Israel’s land mass is unsuitable for farming, and adequate water supply is a constant concern. Yet this small Middle Eastern country produces 95% of its fresh produce and exports produce as well.

It’s obvious that transitioning from flood to drip irrigation can save huge amounts of water.

Netafim is advancing this goal by, for instance, tailoring drip irrigation for rice paddies that have forever been watered by flooding. Rice cultivation uses up to 40% of the world’s freshwater; Netafim’s rice paddy solution reduces water usage by 70%. 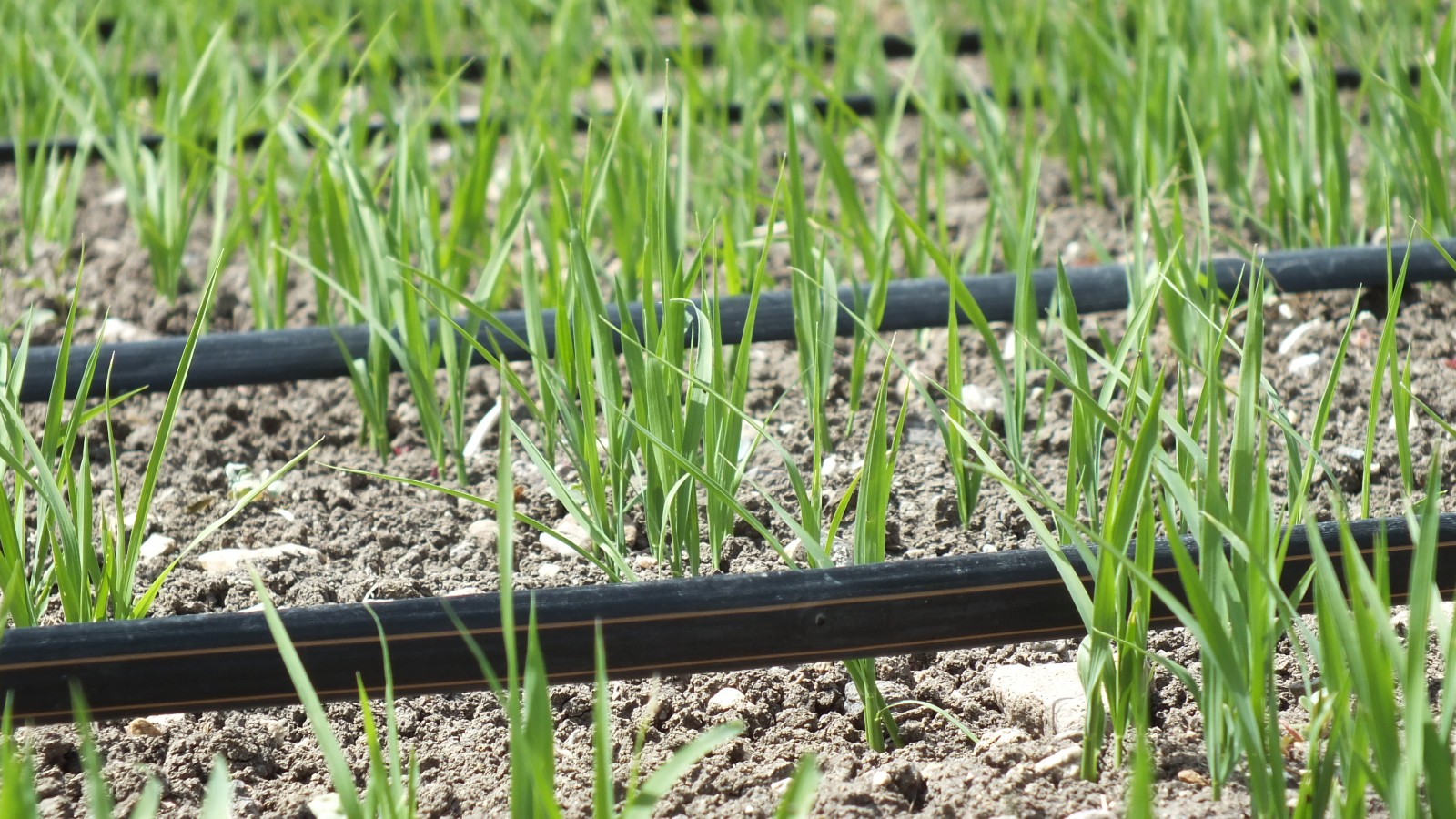 “We are trying to enter more crop categories that will greatly increase our impact on sustainability and food production,” says Miodownik.

Another obvious issue is the overuse of crop protection products such as herbicides harmful for the soil and the planet, not to mention human health. Precision irrigation minimizes the use of these products as well.

A less obvious problem is the practice of monoculture — growing the same crops in the same field year after year. Eventually the depleted soil will not support them, and the farmer is forced to acquire more land.

Drip irrigation is one of various strategies and technologies that can increase yield from the land the farmer already has, says Miodownik. (ISRAEL21c will soon feature another strategy, regenerative agriculture.) 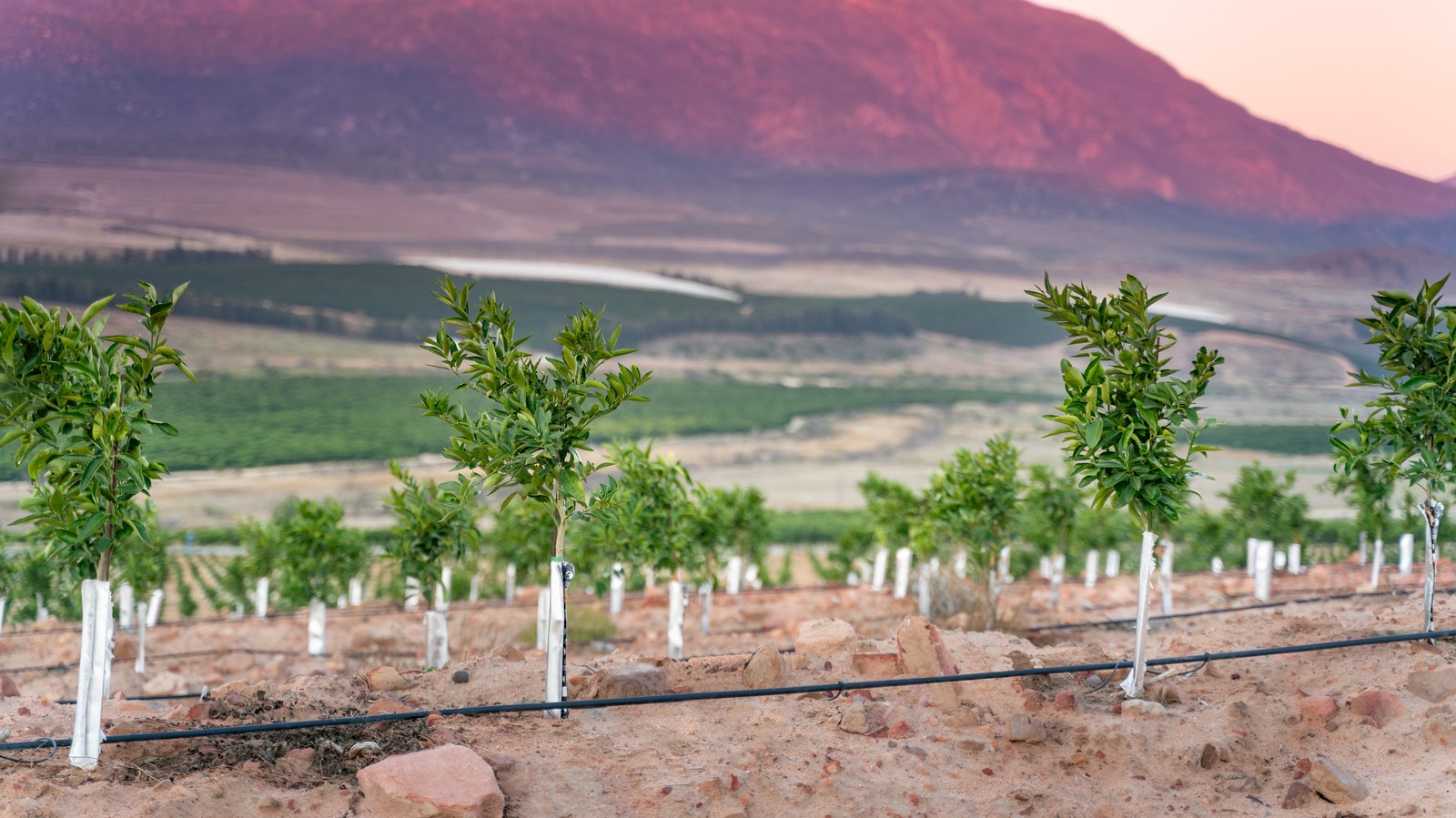 Miodownik offers the example of farmers in Brazil.

“Until a few years ago, Brazilian farmers depended on rainfall and/or flood irrigation. When they wanted to grow more grains, they needed to buy more land. Now they understand that they can simply invest in irrigation technology and get more food from the same land while reducing their water and fertilizer footprint.”

“In the past, if you bought an avocado in Europe, it was coming from the Americas,” Miodownik says.

“Today, with our type of technology, you can grow avocados very well in Israel or Morocco or Spain” – or even India.  “You don’t need to ship thousands of tons of avocados across the ocean.”

Greenhouse or indoor farming — another area Netafim supports — also cuts carbon footprint because food can be grown close to retailers, on demand. 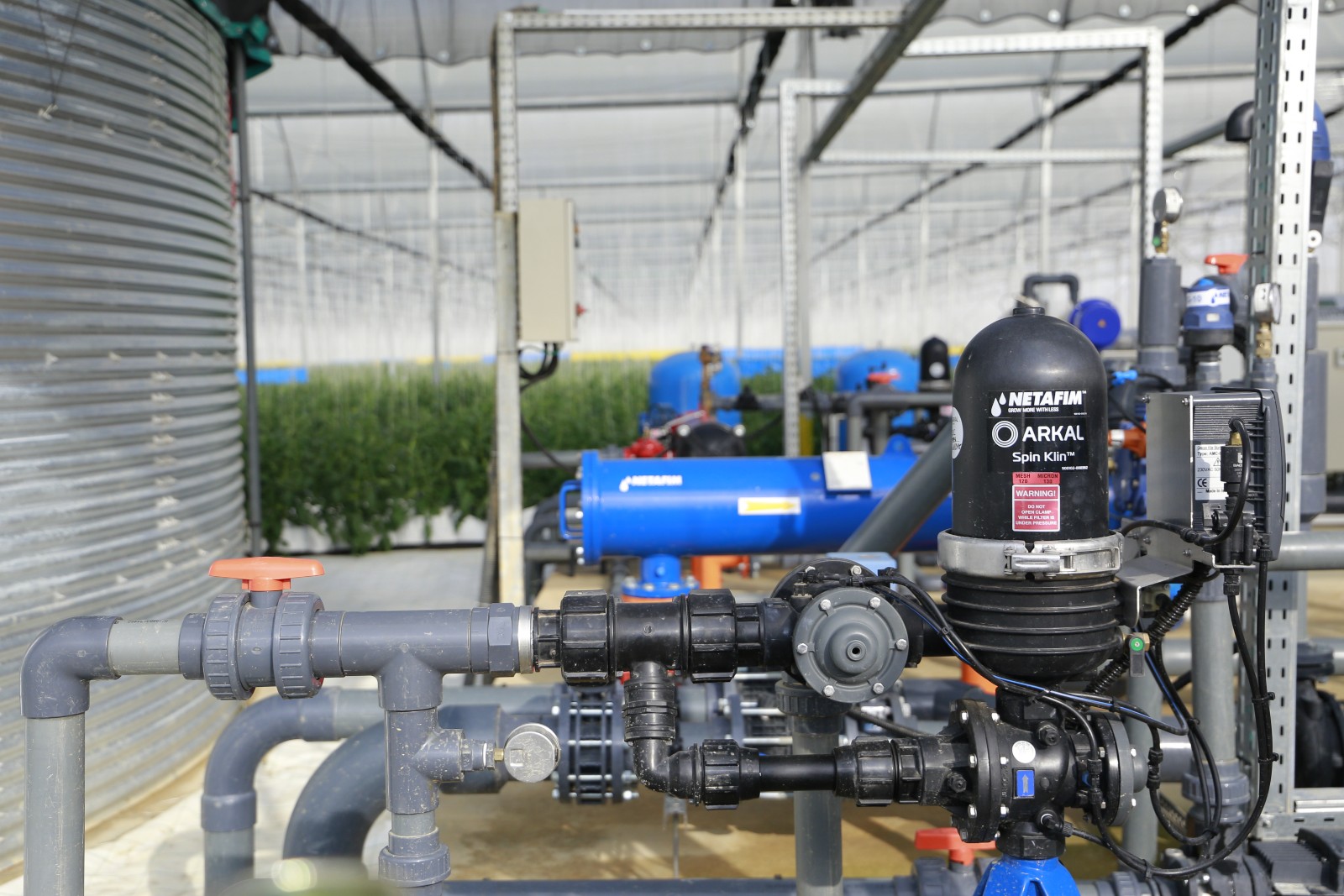 This flower and tomato greenhouse in Vietnam is fed by Netafim smart irrigation. Photo courtesy of Netafim

Netafim is developing cooperative models with other irrigation companies to help farmers monetize carbon credits. “This will incentivize them to invest in our type of technologies,” Miodownik explains.

Carbon emissions also will be reduced by decreasing plastic consumption at Netafim’s 17 factories — 14 of which are outside of Israel. This is significant especially because in 2017, Netafim was acquired by Orbia, one of the world’s largest producers of plastic pipes and fittings.

“We are now collecting old driplines from farmers and processing them in our own recycling factory and reusing them,” says Miodownik.

“We started this in California a few years ago and now are developing it in Mexico and in Europe. It’s a new way of being more sustainable, not just through saving water and producing more food but also in terms of waste.”

All the above sounds great, but the stark reality is that ag-tech solutions are too expensive for the world’s 450 million smallholder farmers.

Netafim is among many Israeli ag-tech companies inventing more affordable products and business models to fill this need. (Click here to read how SupPlant plans to tackle this problem with a sensor-less approach.)

Not only is Netafim reengineering its systems to make them cheaper and simpler to install and use, but the company also is piloting innovative cooperative programs for farmers lacking the money to invest in precise irrigation.

“We are trying to replicate a very successful model we have in India called ‘community irrigation.’ Together with local governments in southern India, we gather thousands of small farmers and implement a big project that involves both water infrastructure and in-field irrigation,” says Miodownik.

“At the end of the day, each farmer is irrigating his acre or two, and getting a few years of agronomic and technical support from our people in the field.”

Netafim also introduced “irrigation as a service.” Rather than having to lay out large capital expenditures, farmers pay a monthly fee to have Netafim install and operate the systems.

“This also overcomes the fear of new technology, which in many places is the main barrier we have,” says Miodownik. “We operate it for them on a small pilot basis so they can see it works.”

“The government of Rwanda saw a need for high-level agriculture in a particular area where there was no water,” says Miodownik. “So we created the infrastructure and brought water from another site. The next phase will be to bring international investors to invest in high-tech agriculture in that region to serve the local or export markets. The residents also benefit because it improves their livelihood.”

Securing food supply in the Gulf

The Netafim CEO says his keynote in Dubai was eagerly received, as the United Arab Emirates has keen interest in Israeli technologies that can reduce the country’s dependence on imported food.

“Since the peace agreements were signed, we’ve had a warm welcome from a lot of companies there,” says Miodownik.

Netafim even relocated its vice president in charge of Africa and the Middle East from Israel to Dubai last year.

“We hope soon the Saudis will become part of this mission of helping more and more farmers around the world to grow more food with less resources.”

UNCOVER ISRAEL - Get the ISRAEL21c
Weekly Edition free by email
Sign Up Now!
Bring Israel's story to life.
Millions of people around the world rely on us to gain a deeper understanding of Israel. We are the trusted source for original content you won't find anywhere else.
You can make a difference. Donate today to support journalism that brings Israel’s story alive.
SUPPORT ISRAEL21c
Read more on:   Environment, Technology, ag-tech, smart irrigation, Netafim, Sustainable Farming, Climate Change