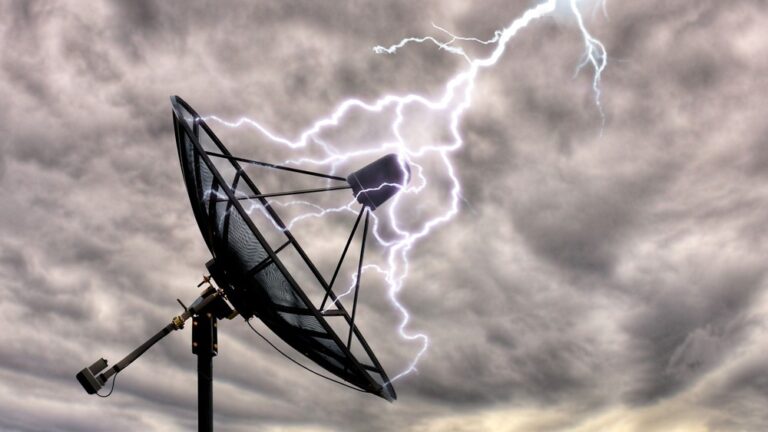 Radio waves reflecting back to Earth from the ionosphere, one of the regions of the upper atmosphere, can offer valuable news on climate change, according to new research from Tel Aviv University.

It is already known that the ionosphere plays an important role in global communications. Ionized by solar radiation, this electricity-rich region is used for the transmission of long wave communications, such as radio waves.

Now Prof. Colin Price of Tel Aviv University’s Department of Geophysical, Atmospheric and Planetary Sciences, working alongside PhD candidate Israel Silber, says that the strength of radio signals on the ground is a reliable indicator of temperature change above.

Prof. Price and his team used simple radio antennae on the ground to measure radio waves broadcast by navigational transmitters around the globe, then compared information on the strength of these radio signals with data on temperature fluctuations in the upper atmosphere.

They discovered that climate change in the upper atmosphere — caused by an abundance of greenhouse gases — may lead to a greater absorption of radio waves. Weaker signals could therefore be indicative of greater climate change.

This simple, cost-effective measurement can be a valuable contribution to the ongoing effort to track climate change, says Price, adding that the region is notoriously difficult to monitor because there are no weather balloons or airplanes that can go high enough, and it is too low for orbiting satellites.

The research was published in the Journal of Geophysical Research.
Image via Shutterstock.com.

UNCOVER ISRAEL - Get the ISRAEL21c
Weekly Edition free by email
Sign Up Now!
Bring Israel's story to life.
Millions of people around the world rely on us to gain a deeper understanding of Israel. We are the trusted source for original content you won't find anywhere else.
You can make a difference. Donate today to support journalism that brings Israel’s story alive.
SUPPORT ISRAEL21c
Read more on:   News, radio signal, weather