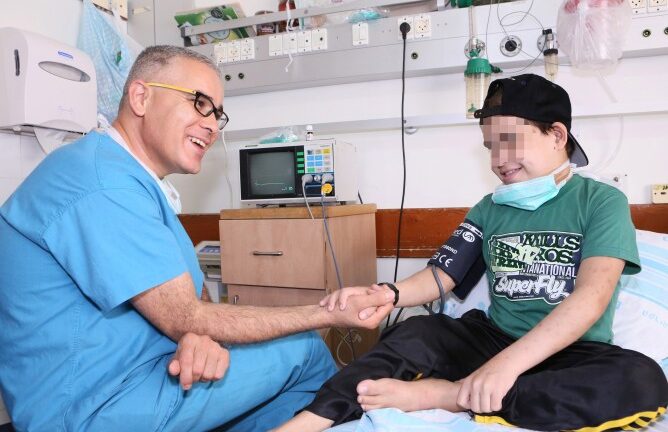 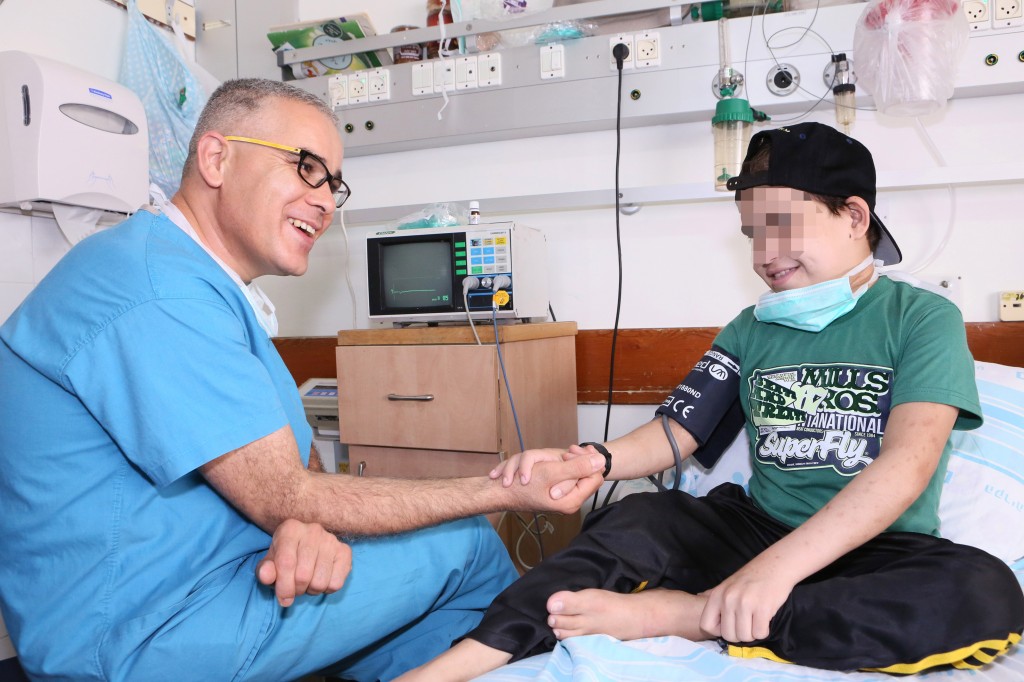 For most of his life, “M,” a 14-year-old boy from Gaza, suffered from kidney failure complicated further by a condition of excessive blood coagulation. A kidney transplant eight years ago in Egypt wasn’t successful, and the youth’s health was deteriorating quickly.

Using the donation of a kidney from his sister – and improvising a workaround to compensate for his blood condition — doctors at Haifa’s Rambam Health Care Campus saved the boy’s life eight months ago and he has finally gone home.

The poor state of M’s blood vessels presented a rare medical challenge. In a regular transplant, surgeons remove the donor’s kidney and then connect it to the recipient’s blood vessels. In M’s case, the doctors feared they wouldn’t find healthy blood vessels that could feed the transplanted kidney.

So the doctors worked in reverse, first searching M surgically for usable blood vessels. Finding a few, they then removed one of his sister’s kidneys and transplanted it in M.

But a problem soon developed. To compensate for his blocked veins, M’s body had developed a system of bypass veins unable to sustain the transplant, and only two hours after surgery M was back in the operating room.

The Rambam medical staff had never before confronted such a situation. “It was a nightmare scenario,” said Dr. Ran Steinberg, head of pediatric surgery.

Solving the problem on the fly, the Israeli surgeons implanted a synthetic connector between the vein exiting the kidney and the one that exits the liver.

This innovation worked, and M’s body was able to function with the new kidney. After an eight-month stay in Rambam, the boy recently went home to Gaza and will return for periodic check-ups.

“There are no words to describe the excitement of triumphing in an impossible situation. Not everyone believed we would succeed,” said Steinberg. “As soon as M started to recover, our doctors’ smiles returned. M is a great kid and he will be able to enjoy the regular life of any child his age.”