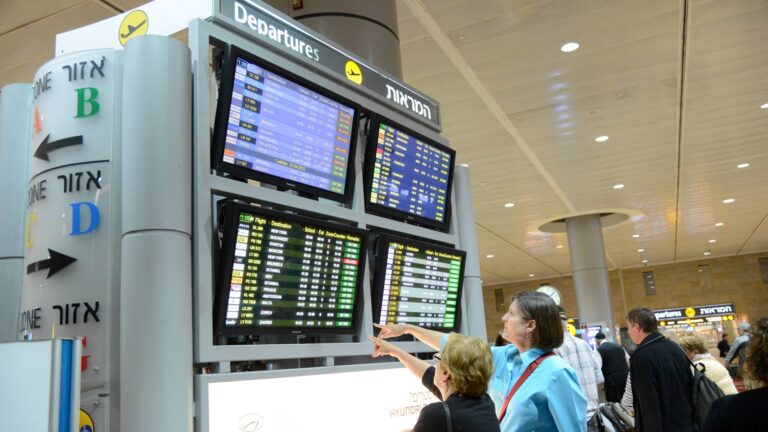 The year 2019 set a record for incoming tourism to Israel, with an 11 percent increase in tourist arrivals compared to 2018. About 4.55 million tourists visited Israel, injecting approximately ₪20 billion into the economy.

One of the drivers of this upward trend is Open Skies Agreement that went into effect in 2013, making air travel from Europe much more affordable.

Amir Halevi, director general of the Ministry of Tourism, credited the increase also to “a professional and marketing revolution that we have led in recent years. The ‘Two Sunny Cities. One Break’ campaign has been very successful in promoting Jerusalem and Tel Aviv as city destinations and now we are turning our attention to developing additional tourism products, mainly the Negev and Arava.”

The most popular cities for overnight stays in 2019 for tourists were Jerusalem and Tel Aviv, while Eilat was the top vacation spot for Israelis. The number of stays in Tiberias, on the Sea of Galilee, increased 18% from 2018 to 2019.

Looking over the past decade, inbound and outbound passenger traffic at Ben-Gurion International Airport has more than doubled. Israelis are traveling abroad more than ever, adding up to approximately 4 million trips in 2019. It is expected that the airport will handle 25 million departures and arrivals in 2020.