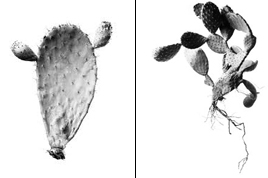 Oded Balilty is a Pulitzer Prize-winning photographer — the only Israeli photographer to receive that honor thus far. Born and raised in Jerusalem, Balilty now lives in Tel Aviv and photographs current events and documentary features for the Associated Press (AP) in Israel, the Palestinian Territories, and around the world.

In the course of his photo-journalistic career, Balilty has covered protests and demonstrations, political and civil unrest, government and politics, social affairs and religion.  In 2007, he won the Pulitzer Prize for his photograph of a lone Jewish settler confronting Israeli security officers during the evacuation of a West Bank settlement outpost.

Balilty’s personal work also touches on politics and social issues but in a more oblique, metaphorical way: an abandoned Israeli-made Susita car half-buried in a eucalyptus grove, barbed wire trailing through along the border between Israel and the Palestinian Authority, and in a new series, portraits of the humble sabra or prickly pear, long considered the descriptor of the native-born Israeli. 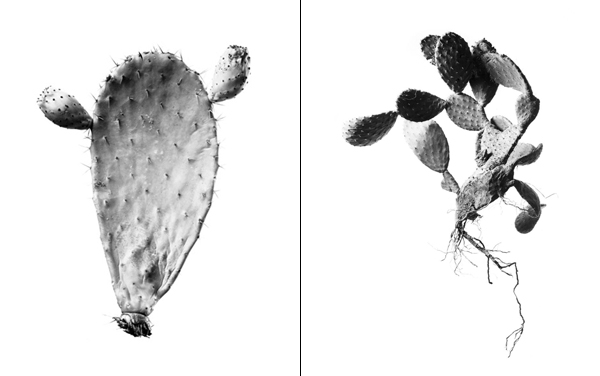 That nick-name is apparently a nick-misnomer, according to renowned plant biologist Prof. Daniel Chamovitz of Tel Aviv University, who writes, “The cactus is so omnipresent that most people think the prickly pear to be endogenous to the Middle East… In reality though, the prickly pear may be an imposter. While it pretends to be native, it is actually a new immigrant… Molecular DNA studies indicated that the prickly pear of the Middle East, Opuntia ficus-indica, is actually an import from Mexico! Many European traders carried the prickly pear on board to prevent scurvy, and then transplanted the cacti around the Mediterranean”. 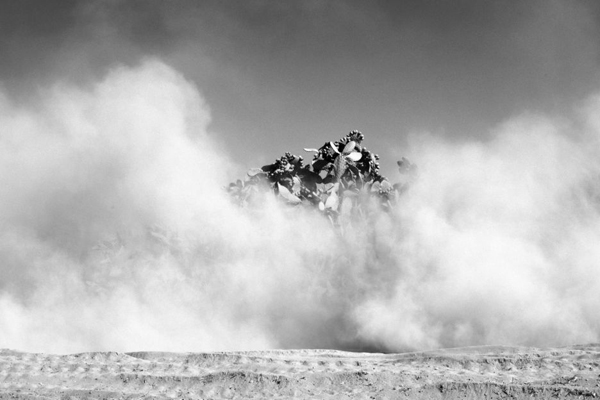 That irony was not lost on Balilty who used it as inspiration for the new series entitled, Traces of the Sabra,  now on exhibit at the Eretz Israel Museum in Tel Aviv. He writes, “…the image of a sabra hedgerow etched on our consciousness as part of the ancient landscape of this country, is false. The neglected vegetation of the Jewish past in this country consisted merely of thistles and thorns, not sabras”. 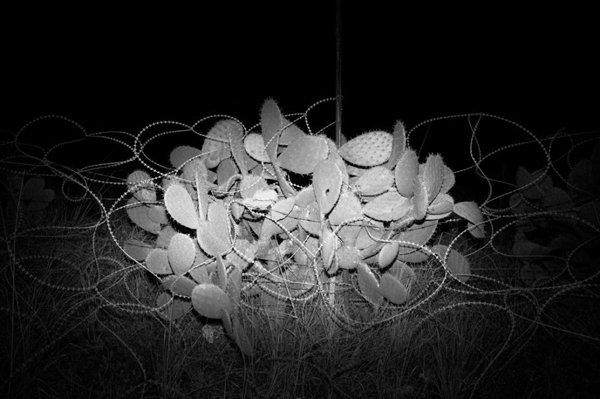 “The sabra is doubtlessly the most political plant around, but I have no idea why I began photographing it. I simply don’t remember. Perhaps I happened to come upon an interesting specimen and it wanted me to take its picture, and that’s what I did; but when I looked at the picture something happened: I discovered enormous serenity, sadness, and primarily questions within this thicket of juicy succulents, replete with thorns and laden with fruit. We danced around each other. The sense of far and near never left me along the way. Perhaps I was somewhat afraid of the thorns and moved away. But something within me wanted to move closer. And when it allowed me come closer, I accorded it a role that perhaps completes it in the best possible way”. 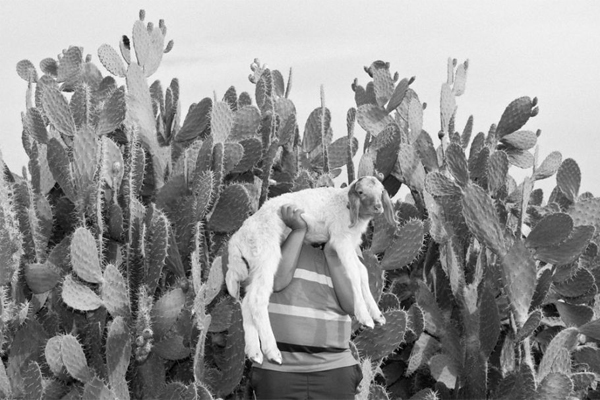 “In Traces of the Sabra I am part of a never-ending pursuit, seeking the ideal bush. Despite the fact that it is still life, unusual energy has generated between us”. 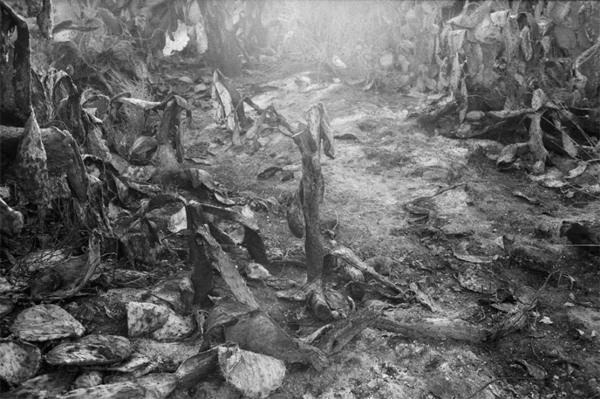 “When I positioned the sabra in my ‘portrait’ studio, time went by until a picture emerged which finally reflected its character (sabras are like people: from afar they look the same, but when you come closer, each one is different and unique). The pads on the floor of my studio, cut earlier by the sabra pickers, began to dry up and take on round and strange shapes – a moment before they withered, a moment before they grew new roots”. 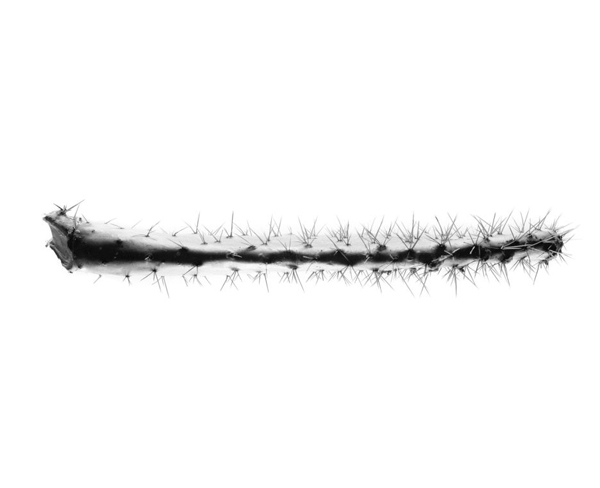 “Despite my extensive acquaintance with the local landscape, and focusing a newsworthy view on Israeli landscape and identity, I too, overlooked the sabra bushes. The sense that it was here before me and would most likely be here after me, made it invisible to me”. 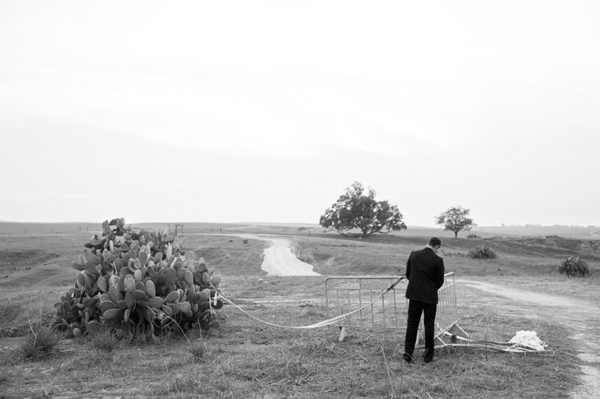 “However, today, following my personal journey, my connection to the sabra has intensified and I find myself bound up in it. At times I feel as if this bush has been waiting for me, and when I arrive, it assists me”. 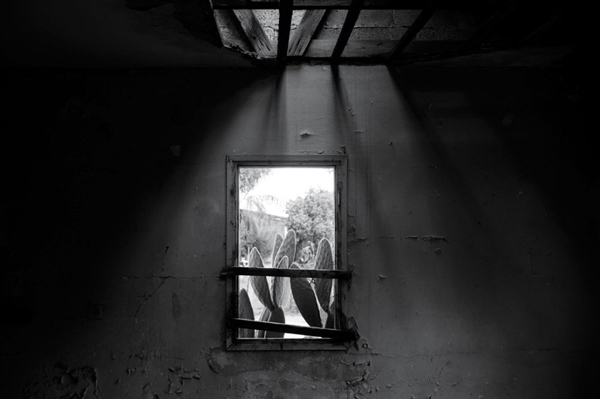 “It harbors no grievances and gives fruit, even if it receives nothing from us. Its obstinacy and forgiveness are worthy of imitation. After all this country has been through, for better or for worse, the sabra must be rough and sturdy”. 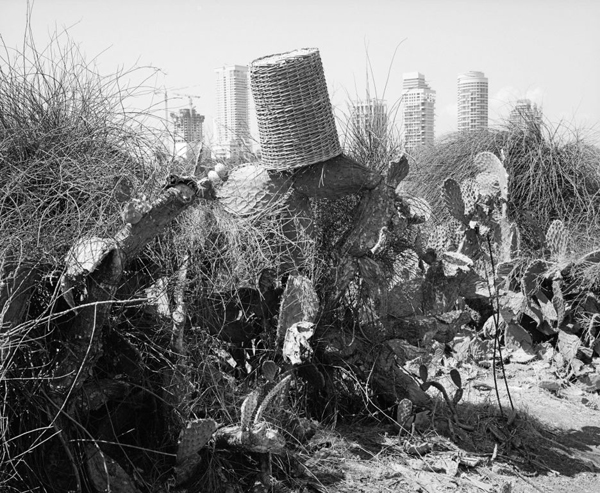 Traces of the Israeli Sabra runs through August 10, 2016 at the Eretz Israel Museum, Tel Aviv. For more information, visit the Museum website. To see more photographic work by Oded Balilty, visit his website.