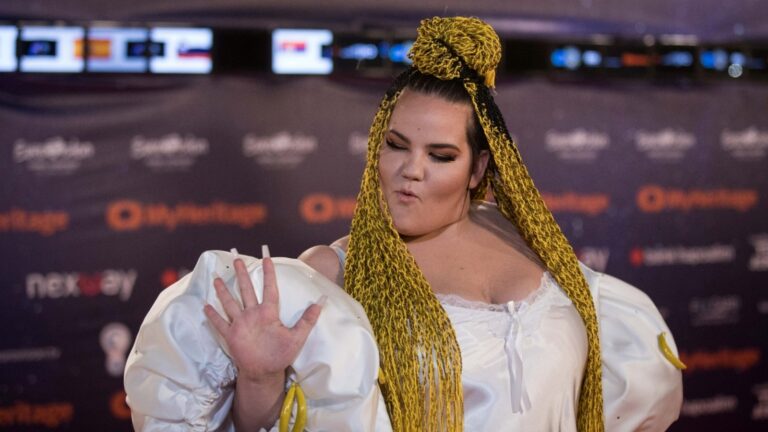 Netta Barzilai, the Israeli winner of the 2018 Eurovision Song Contest, is now officially one of the most popular ones ever. Photo by Hadas Parush/Flash90

It’s no secret that Netta Barzilai’s hit song, “Toy,” is one of the best songs ever to grace the Eurovision Song Contest.

After all, it did win top spot in 2018 and brought the fabulous competition to Israel the following year.

But now it’s also officially one of the most popular Eurovision songs of all time, according to a recent study.

UK-based price-comparison service Uswitch recently published the results of a study that analyzed global YouTube views for each Eurovision entry to gauge the most popular ones. It found that “Toy” came in at the remarkable seventh spot, having garnered 46.6 million views.

The top spot was occupied by 2009’s “Fairytale” by Norway’s Alexander Rybak, which garnered 108.2 million views. Austria’s memorable 2014 entry, “Rise Like a Phoenix” by Conchita Wurst, came in the 10th spot with 40.3 million views.

As for ABBA’s legendary 1974 entry, “Waterloo,” the study also examined the most listened-to entries of all times on Spotify, and found that it comes in fourth place with 172.1 million plays. First place went to The Netherlands’ Duncan Laurence, with his 2019 hit “Arcade” and its 685.6 million plays.

Israel’s entry to the 2022 Eurovision contest, set to take place in mid-May in Turin, Italy, is Michael Ben-David’s “I.M.” However, there has reportedly been some speculation regarding Ben-David’s participation at the event due to a strike at the Israeli Foreign Ministry. Keeping our fingers crossed over here.

UNCOVER ISRAEL - Get the ISRAEL21c
Weekly Edition free by email
Sign Up Now!
Bring Israel's story to life.
Millions of people around the world rely on us to gain a deeper understanding of Israel. We are the trusted source for original content you won't find anywhere else.
You can make a difference. Donate today to support journalism that brings Israel’s story alive.
SUPPORT ISRAEL21c
Read more on:   News, Eurovision, Culture, Netta Barzilai, Israeli singers